Recommended for you near Berlin Tegel Airport TXL 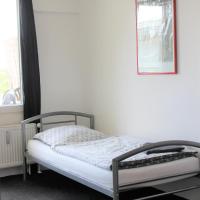 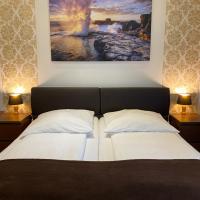 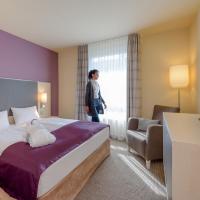 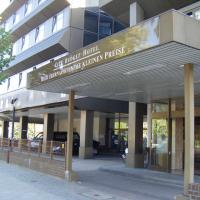 This hotel in Berlin is within a 10-minute drive of Tegel Airport and Lake Tegeler See. It offers spacious rooms with private bathroom, rich breakfast buffets, and a 24-hour reception. I always stay at the Central Hotel when I come to Berlin before I travel back to the USA. The location is perfect. The bus is close by that takes you to the airport. The staff is always pleasant and helpful and the breakfast starts at 6:00 AM which is perfect for travelers. 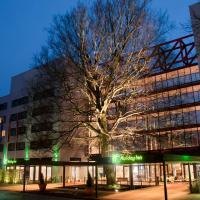 This hotel offers a free leisure area with pool and large and soundproof rooms with flat-screen TV. It is an 8 minute drive from Tegel Airport and a 5 minute walk from subway trains. The location, the staff, the price. 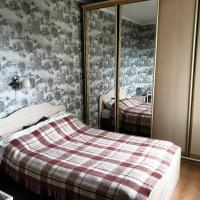 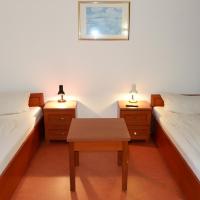 Located in Berlin, 3.7 miles from Natural History Museum, Berlin, Hostel am Kurtti features a shared lounge and views of the city. The room was very clean and the staff was friendly (and luckily one spoke English). The area was nice and located about 20 minutes from the city center of Berlin. For the price, the place was a good find. Primeflats - Apartment Togo - Afrikanisches Viertel in Berlin has accommodations with free WiFi, 3.4 miles from Natural History Museum, Berlin, 3.6 miles from Memorial of the Berlin Wall and 4.5 miles... I didn’t get an email regarding check in instructions but when I called someone answered and helped me right away 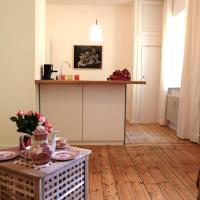 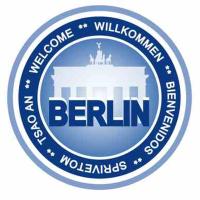 Ferienwohnung Winkler Berlin in Berlin provides accommodations with free WiFi, 2.6 miles from Kurfürstendamm, 3.5 miles from Natural History Museum, Berlin and 3.6 miles from The Reichstag. Really nice and clean place, everything for living there is a supermarket and subway in 5 min from it. 30 min to center. 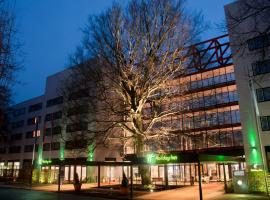 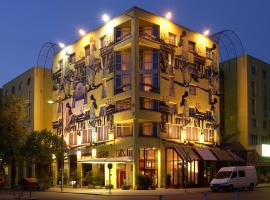 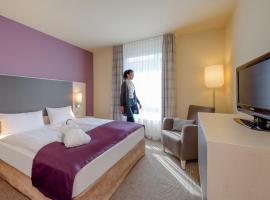 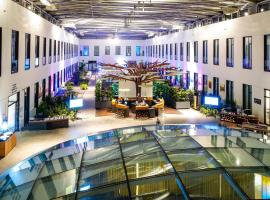 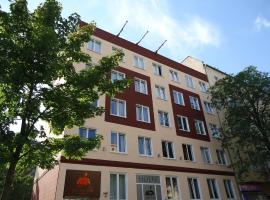 Just a 10-minute walk from Berlin's Schloss Charlottenburg palace, this elegant 4-star hotel next to the Schlosspark Klinik hospital offers spacious rooms, an indoor swimming pool, and tasty cuisine. It’s near a very beautiful garden. I walk around it everyday. Very nice !!!!!! 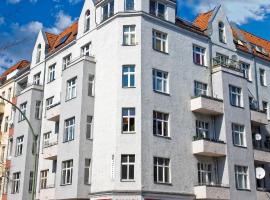 This hotel offers free Wi-Fi. It is a 10-minute drive from Tegel Airport and a direct underground ride from the Friedrichstraße shopping street in Berlin's city center. I travelled with my 2 teenage kids and was positively surprised about the generous size of room with... 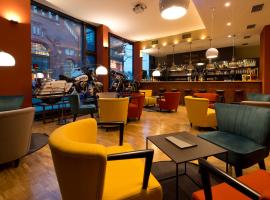 This 4-star hotel offers modern rooms, an international restaurant and excellent links with the airport. It is located in the Tegel district of Berlin, just 3.1 mi from Tegel Airport. Perfect located to the airport Tegel and for discovering the town !

Situated in Tegel, 5 miles (8 kilometres) northwest of Berlin’s city centre, Berlin Tegel Airport is the second busiest airport in Berlin and notable for its hexagonal main terminal building. The airport is well-linked by several BVG city bus lines, which connect to the U-Bahn and S-Bahn, as well as the Regional Express and long-distance trains. The stops are located outside Terminal A and B. Alternatively, you can take a taxi, for which standard fares (plus possible surcharges) apply, or rent a car on the lower floor near Terminal E and car park P2.

Passengers with a scheduled layover or unexpected delays can find several hotels within 3 miles (5 kilometres) of Tegel Airport. Inside the terminals there are plenty of things to do, from exploring the retail area and eating traditional fare at one of 22 restaurants, to watching aircraft taxi down the runway from the Tegel Observation Deck. There’s also a playroom for the little ones, a hair salon, and useful services like baggage storage and wrapping.

Berlin Tegel Airport contains five terminals which share the same building. It is also the hub of Air Berlin.