Recommended for you near Lyon - Saint Exupery Airport LYS

The NH Lyon Aéroport is a located at Lyon's Saint Exupéry airport, 1.9 mi from the A432 motorway. It features a wellness center including a gym, and a sauna. Great location once getting the plane early morning. Breakfast starts at 4:30 and the availability of what to choose is outstanding. Entering the room I found dedicated personal message from the hotel management on the desk with three sweets cakes to taste. Very very nice!

This 3-star hotel is located 2625 feet from Lyon Saint Exupéry Airport. The air-conditioned guest rooms include a TV and free Wi-Fi access is available upon request. Location perfect! Very easy to find and very clean! I booked online and paid the following day. Very friendly staff and very efficient. 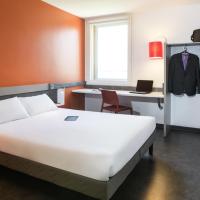 The ibis budget Aéroport Lyon Saint Exupéry is located 2625 feet from both Lyon Saint-Exupéry Airport and Saint-Exupéry TGV Train Station, 6.2 mi from the Groupama Stadium and 7.5 mi from Eurexpo... If you look for a budget hotel before early flight or after a late arrival - it’s a perfect choice to sleep well & get in the go! Thanks to the staff who attended to all special requests including provision of late transfer from the terminal & making sure the room allocated met my needs. 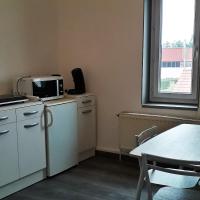 Located in Pusignan, 12 mi from Villeurbanne, Appart comme chez soi provides a garden and free WiFi. Private parking is available on site. Owners was so nice and helpful. Apartment was such a good nice in all the rooms and everywhere was clean. 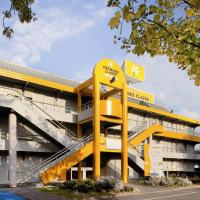 Located 2.5 mi from Lyon’s TGV Train Station and Lyon Saint-Exupéry Airport, Premiere Classe Lyon Est Aeroport Saint Exupery is a hotel located in Saint-Laurent-de-Mûre. Very handy location for the airport. Easy check in and check out process - no hassle! Great on site restaurant. Comfortable room and just what we needed to get some sleep after a long days travel and before our flight. And at a fabulous price!! 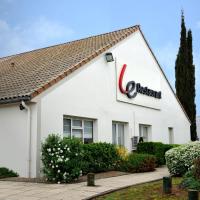 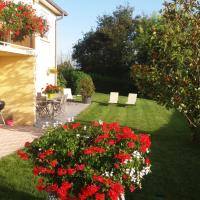 Ma maison fleurie proche aéroport, Eurexpo is a ground-floor apartment in Janneyrias, 4.3 mi from Lyon - Saint Exupery Airport and 9.3 mi from Crémieu medieval village.The property features views of... Bright and cheery space with a friendly host greeted us and left us breakfast for the morning, as we had to leave at 5am for the airport (10 minute drive away). 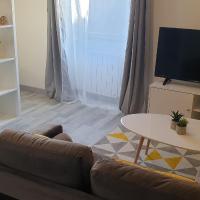 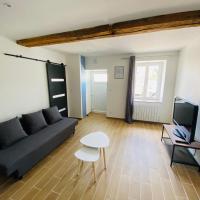 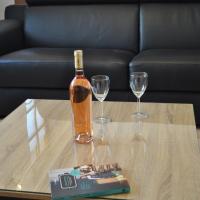 L'Orchidée à 18 minutes d'Eurexpo is located in Saint-Laurent-de-Mure and offers a shared lounge. The property is 8 miles from Bron. 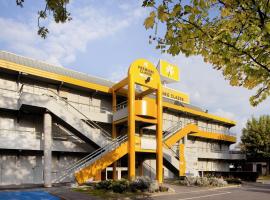 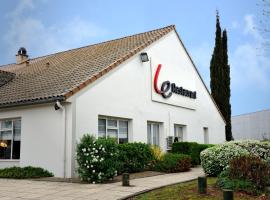 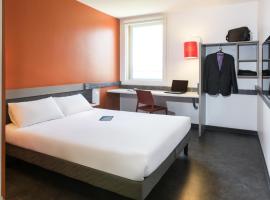 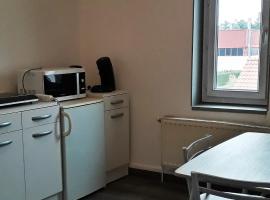 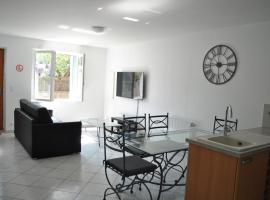 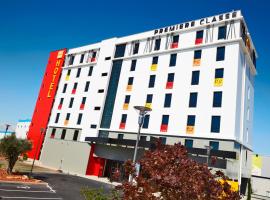 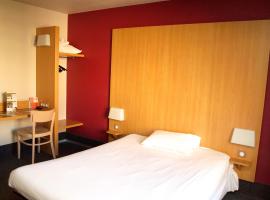 B&B Lyon Eurexpo Chassieu is located in Chassieu. Free WiFi access is available. Each room here will provide you with cable TV and air conditioning. Private bathroom has a bath or shower. The staff was fantastic. So helpful and friendly - he really helped us work out our transportation...

Located a 4-minute drive from Meyzieu and 16 mi from the center of Lyon, Kyriad Lyon Est offers accommodations with a lounge bar and a terrace. It is walking distance to the tram stop to go into town (~7-10 min walk). This was great for us. 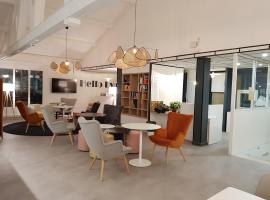 Located in Genas, Mercure Lyon Genas Eurexpo is just 20 minutes' drive from the center of Lyon and a 5-minute drive from both Groupama Stadium and Eurexpo. Very spacious, clean and organised re COVID 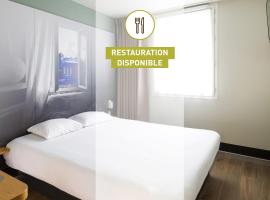 Featuring a terrace and a restaurant, Hôtel des Lumières is a nonsmoking hotel located in Meyzieu, 10 minutes' drive from Eurexpo Exhibition Center and 15 minutes' walk from the T3 tramline. Breakfast had an excellent variety for American and European travelers. 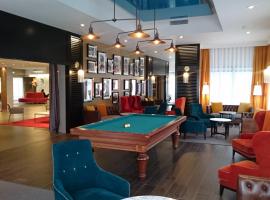 Just 0.6 mi from Eurexpo Lyon and 3.1 mi from Groupama Stadium, this hotel features air-conditioned rooms with free WiFi, 7 meeting rooms and a fitness center. Two rooms together in separate area 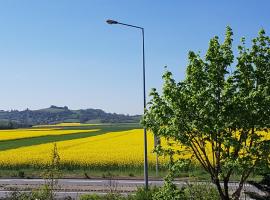 Hotel Holiday Lyon Est offers accommodations in Saint-Pierre-de-Chandieu. Free WiFi is offered and free private parking is available on site. You will find a shared lounge at the property. Friendly and welcoming staff. Clean and quiet More than expected for the price 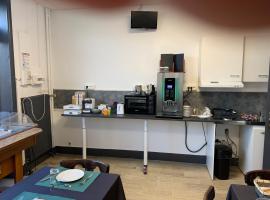 Allô Cuistô is offering accommodations in Pont-de-Chéruy. Among the various facilities of this property are a garden and a terrace. 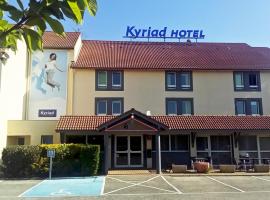 Hôtel La Roselière is located near the junction Grenoble/Chambéry, 20 minutes' drive from the center of Lyon. It offers uniquely decorated rooms with private bathrooms. Staff was friendly and efficient. Breakfast was super good and the room was clean and comfortable.

Forum Hotel is 3.7 mi from Stade des Lumieres Stadium, and a 10-minute drive from both Lyon Saint-Exupery International Airport and Eurexpo Exhibition Center. A Bus Stop is located just 328 feet away.... We are regular clients, close to the airport and dining facilities on site.

With a 24-hour reception, Kyriad Prestige and Spa Lyon Est - Saint Priest Eurexpo is located in Saint-Priest, 1.9 mi from Lyon Eurexpo and 6.2 mi from Groupama Stadium. all good special thank to anybody HotelF1 Lyon Isle D'Abeau Ouest St Exupery offers accommodations in Saint-Quentin-Fallavier. The property is a 1-hour drive from Grenoble and a 2-hour drive from the Ardèche Gorge. Breakfast is the best thing. The toilets were slightly better than they used to be. 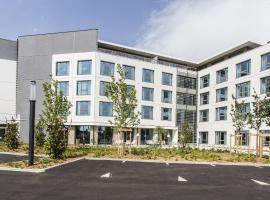 Set in Genas, Hotel ParKest features air-conditioned rooms with free WiFi throughout the property. A perfect overnight stop when flying out of Lyon-Saint Exupéry Airport.

Serving France’s third-biggest city, Lyon - Saint Exupéry Airport is located just over 15 miles (25 kilometres) from Lyon itself. The fastest way to reach the city is via the Rhônexpress, a speedy tramway which replaced the historical bus route. Trams leave the airport every 15 minutes and take 30 minutes to reach Lyon-Part-Dieu station.

A hotel is located within the airport, but there are other hotels less than 2 miles (3 kilometres) from the terminal, with some offering free shuttle services. The airport terminal features showers, a pharmacy and a variety of places to eat. It is named after Antoine de Saint Exupéry, a Lyon-born pilot and author of novella ‘The Little Prince’.

The airport has one terminal which is separated into Hall A and B.