Recommended for you near Doncaster Sheffield Airport DSA 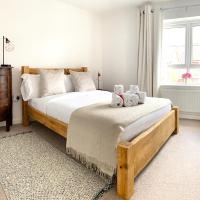 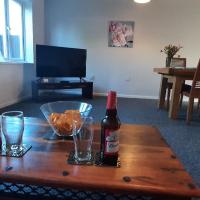 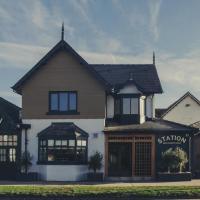 Featuring a garden and a bar, Rossington Hall is situated in Doncaster, 17 km from Cusworth Hall. Staff were very friendly, polite and helpful. 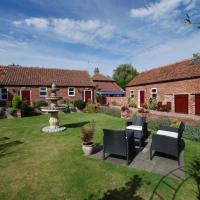 Less than 20 minutes’ drive from Doncaster, this converted barn dates back to the 18th century and has a private garden and tranquil surroundings. Every was 10/10. Top class B&B. 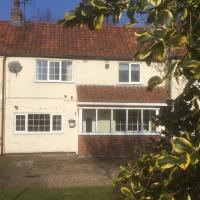 Situated in Misson in the Nottinghamshire region, 2 Lilac Cottages has a garden. The accommodation is 14 km from Doncaster, and guests benefit from private parking available on site and free WiFi. 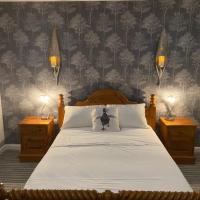 Located in Doncaster, 17 km from Cusworth Hall, The Angel Inn Misson provides accommodation with a restaurant, free private parking, a bar and a garden. The staff could not have been more helpful if they tried and the accommodation was absolutely spotless! 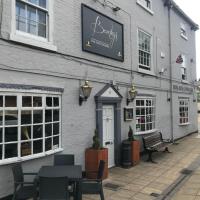 Bawtrys in Bawtry provides adults-only accommodation with a restaurant and a bar. The accommodation features evening entertainment and an ATM. The room was clean and modern and in a great location. Not sure what the review from the other person about the window was all about as we could open it easily?? Would stay here again. 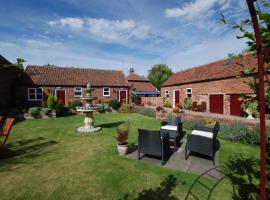 This hotel in Doncaster has been booked once 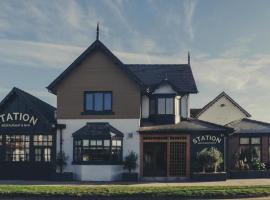 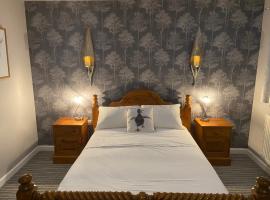 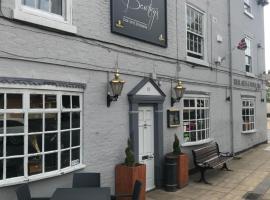 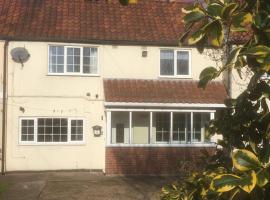 Located in Doncaster, 17 km from Cusworth Hall, The Angel Inn Misson provides accommodation with a restaurant, free private parking, a bar and a garden. The staff could not have been more helpful if they tried and the accommodation was absolutely... 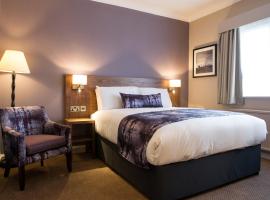 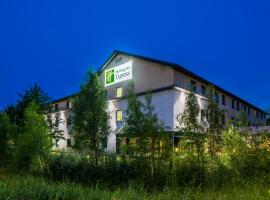 Close to Robin Hood Airport, 2 minutes’ drive from the M18 motorway and the A1(M), this modern hotel offers comfortable, temperature controlled rooms. What a wonderful group of genuine people at this hotel. 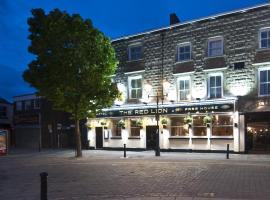 Situated in Doncaster, The Red Lion Wetherspoon offers facilities like a garden and bar. The property is around 3 km from Doncaster Racecourse, Cusworth Hall and Keepmoat Stadium. Close to everything, friendly staff. 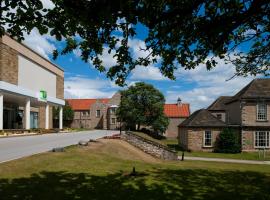 Just 5 minutes’ drive from the A1(M) and M18 motorways, the Holiday Inn Doncaster is surrounded by countryside. It boasts bar, restaurant and a spa with a pool and gym. Room was clean, good size, warm, shower and bath with plenty hot water. 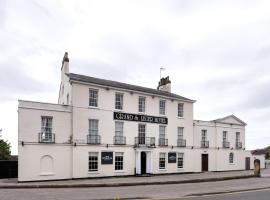 This 3-star hotel is next to Doncaster Racecourse, just outside Doncaster city centre, close to the A1 and M18. There is a fine-dining restaurant, a bar with racing memorabilia, and free parking. Host and everything else ❤️ 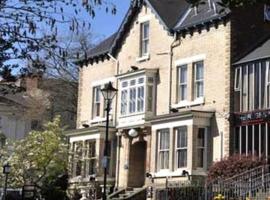 In the centre of Doncaster, Regent Hotel features modern rooms with free Wi-Fi, and overlooks the charming Regent Square. The bus and train stations are a few minutes' away. Large room,,, Paid to upgrade to executive room. Quiet, overlooking the gardens. 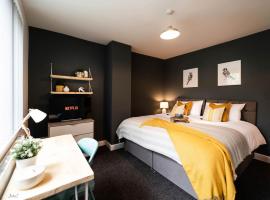 Located in Doncaster, within 5 km of Cusworth Hall and 4.1 km of Keepmoat Stadium, Roberts Residence provides accommodation with a garden and free WiFi throughout the property as well as free private... I really enjoyed my stay at Robert's Residence. Really clean and comfortable. 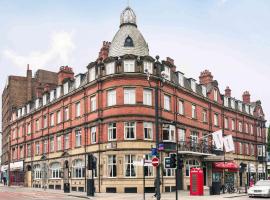 Located in the centre of Doncaster, in Doncaster’s shopping district, the Mercure Doncaster Centre Danum Hotel is a 5-minute walk to the Civic Quarter and 600 metres from Doncaster Railway Station. Absolutely everything!🤗Hotel is Amazing its our second time here and we must say that it improved... 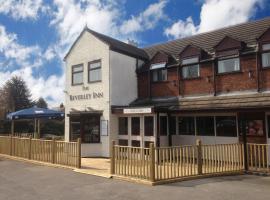 Just over 3 miles from Doncaster, The Beverley Inn & Hotel provides bed and breakfast accommodation as well as a restaurant and bar. The Staff were really friendly and tried to make me feel as settled as possible.

The modern rooms at the 4-star Crown Hotel feature interactive LCD TVs with in-house movies and music. There is free private parking, and the restaurant offers a locally-sourced menu. Very nice room and in good location in central Bawtry.

Opposite Doncaster Racecourse, the Campanile Hotel Doncaster is 15 minutes drive from Robin Hood Airport and 5 minutes from the city centre. It has a bar, restaurant and Wi-Fi. The rooms were well laid out with plenty of space. 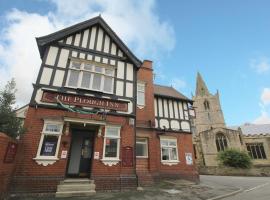 Featuring a restaurant and a bar, The Plough Inn is located in Doncaster, 4.4 km from Cusworth Hall and 4.1 km from Doncaster Racecourse. The hotel features family rooms.

Bawtrys in Bawtry provides adults-only accommodation with a restaurant and a bar. The accommodation features evening entertainment and an ATM. The room was clean and modern and in a great location.

Robin Hood Airport Doncaster-Sheffield (also known simply as 'Sheffield Doncaster Airport') is located 3 miles (5 kilometres) southeast of Doncaster and 18 miles (29 kilometres) east of Sheffield. It is well connected by public transport. The X4 shuttle bus runs between the airport terminal and Doncaster Interchange from stand 1A, departing every 30 minutes (hourly on Sunday). Service 737 departs eight times day from the Sheffield Interchange, and 7 times a day from the airport, taking around 45 minutes. A taxi to Doncaster will cost around GBP 30 and take about 25 minutes.

Passengers with scheduled stopovers or unexpected delays can find a hotel within two minutes of the airport, and several others in Doncaster. Got time to spare before takeoff? Browse the duty-free shopping area, relax in the premium lounge, or eat and drink at The Running Horse or The Finningley Windmill. These eateries also offer free WiFi. Interestingly, Robin Hood Airport has been featured in several films and TV programmes, including Film4’s ‘Four Lions’, BBC’s ‘Hustle’ and ITV’s ‘Emmerdale’.

Robin Hood Airport has one terminal, used for both domestic and international flights.