Recommended for you near London Luton Airport LTN Holiday Inn Express London Luton Airport is the closest hotel to Luton Airport Terminal Building, just a 10-minute walk away. Shuttle buses run from opposite the hotel to the airport. 1. Neat room with blow-dryer and electric kettle 2. Good menu at the restaurant 3. Short walk from the airport 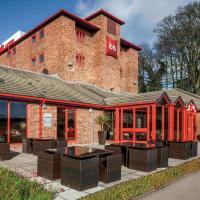 Ibis Luton Airport Hotel is a 10-minute walk from Luton Airport and 10 minutes' drive to Luton town centre. I stayed here only for some hours while waiting my next plain. I was expecting much less for this price. The room was nice, clean and comfortable. 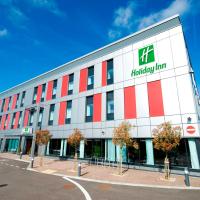 Situated 10 minutes’ walk from London Luton Airport terminal, Holiday Inn London Luton Airport offers a 24-hour bar, conference facilities, fitness centre and restaurant, plus en suite rooms with free... Customer service was fabulous! The lady at the front desk was lovely. We had a quick and very pleasant check-in and dinner after we got settled. Food was excellent! 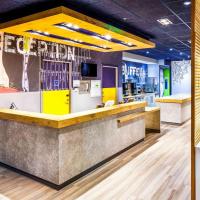 Ibis budget Luton Airport offers accommodation in Luton, 1 km from the airport and just 10 minutes from Parkway Train Station, offering connections to central London. The rooms are equipped with a TV.... Located just 15 minutes by feet from the ternminal. Convenient, warm room with a TV and a table with a stool. Bathroom clean. Towels provided for free. 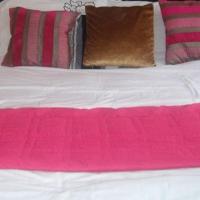 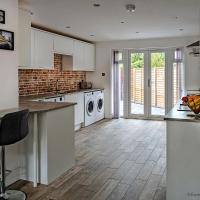 Situated in Luton, 2.2 km from St Mary's Church, 2.2 km from University of Bedfordshire and 2.5 km from Luton Central Library, Executive 5 Star House Near Luton Airport features accommodation with a... Near to Luton Parkway Train Station, with direct access to St. Pancras International Station, Hampton by Hilton Luton Airport features an on-site fitness centre which is open 24 hours a day. There is a restaurant in the hotel and you can order at any time. 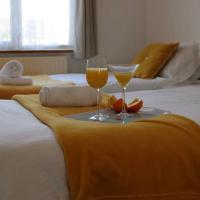 Guest house near London Luton Airport, a property with a garden, is set in Luton, 1.8 km from University of Bedfordshire, 2.1 km from Luton Central Library, as well as 2.8 km from Luton Borough... 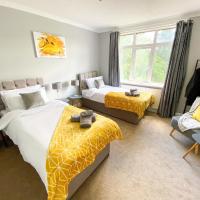 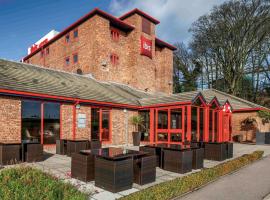 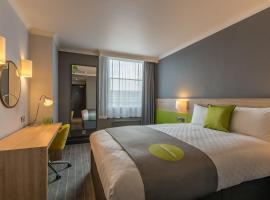 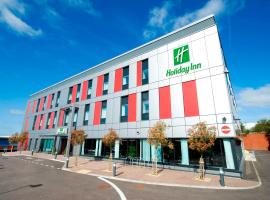 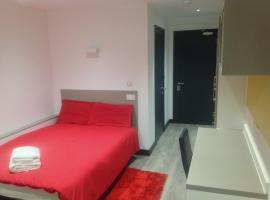 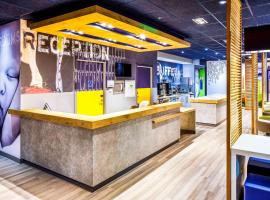 Holiday Inn Luton South is set in Hertfordshire, off the M1, Junction 9. Luton airport is a 15 minute drive from the property. The property features a leisure facilities, a lounge/bar and a... Hassle free parking. Arrived late, manned reception with lovely staff. 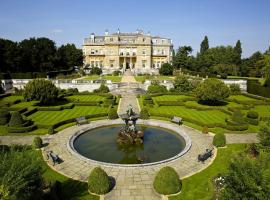 Set amid 1000 acres of beautiful English parkland, Luton Hoo boasts a luxury spa and golf course. Just 2 miles from Luton, it offers fine dining and elegant rooms that have hosted Queen Elizabeth II. As expected for a top end of the range hotel - a couple of niggles hot showers not working in Spa...

Less than 1-mile from the M1 motorway, the Chiltern Hotel offers free parking, an on-site fitness centre, and is just a 10-minute drive from Luton Airport. We stayed one night here with family it was perfect they even let us do a early check in as we... 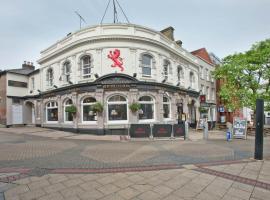 Conveniently set in Luton, The Red Lion Hotel provides accommodation with free WiFi throughout the property. Among the various facilities of this property are a bar and on-site dining. The entire experience from check in to check out was of a very high standard I will be returning... 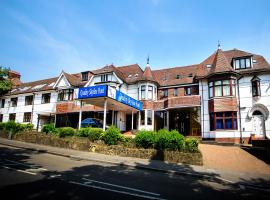 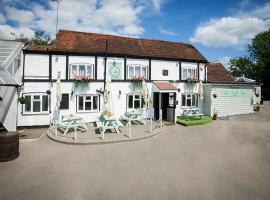 easyHotel London Luton is a 10-minute drive from London Luton airport and a 3-minute walk from Luton Rail Station. Central London can be reached within a 40-minute train journey. great location, friendly staff

With free WiFi, this hotel is right in the heart of Luton, within 10 minutes of London Luton Airport and the M1, and just 25 minutes by train from central London. All was perfect. In town centre . Close to airport. 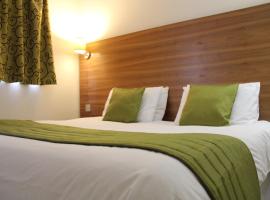 Stockwood Hotel is near Luton town centre and London Luton Airport and offers free WiFi. The railway station and the M1 motorway are close at hand and provide easy access to London. i did'nt have breakfast, but everything else was perfect.

London Luton Airport is the fifth-busiest airport in the UK and is located 29 miles (47 kilometres) from central London. This may seem far but a Thameslink train from London St Pancras transports passengers from Luton Airport to London in as little as 22 minutes. The service runs every ten minutes during the day, and once every hour at night. You’ll need to take a shuttle bus from Luton Airport Parkway train station to the terminal, which takes ten minutes. Direct coach services to London Victoria include the 757 operated by Green Line Coaches and the A1 operated by National Express. The minimum taxi fare to London city centre is GBP 26.

There are several hotels located within a short walking distance of London Luton Airport that provide free shuttle services. Inside the airport terminal, you can pass the time before takeoff by shopping and dining in duty free, or by relaxing in the executive lounge or spa. Free WiFi is also available throughout the airport.

London Luton Airport has one large terminal, and serves as a base for easyJet and Ryanair.