Recommended for you near Queen Alia International Airport AMM 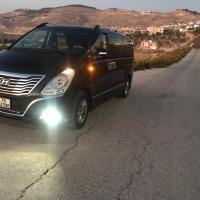 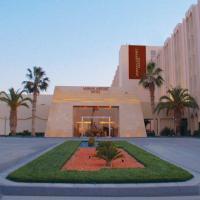 Amman Airport Hotel offers a 24-hour front desk, rooms with free Wi-Fi and buffet breakfast. Located 1.2 mi from Queen Alia International Airport, it provides an airport shuttle at a surcharge. I would like to thanks everyone and special thanks to reception staff for very welcome and warming welcoming for my dad mr JEHAD Alassi 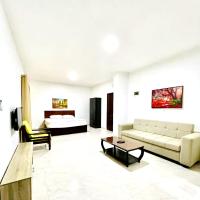 Faraseen Apartments is located in Al Qasţal, 13 miles from The Greek Orthodox Basilica of Saint George and provides air-conditioned accommodations with free WiFi, as well as access to a terrace. Me and my wife had a morning 5aM flight from Alia international. we drove from Aqaba to Amman and wanted to rest before our flight departure, near a place close to the the airport. Rehabs place was very easy to find. The building is newly built, so all the rooms look very clean and tidy. Two thing I must acknowledge 1) the room was so spacious room it had a a lounge as well and a big bathroom 2) the place was just so clean, I mean really super clean. Our tenant was very responsive and food delivery was available. We had a good night sleep, our car was parked on the premise. 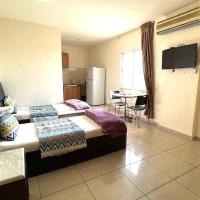 Located in Al Qasţal, within 12 miles of The Greek Orthodox Basilica of Saint George and 15 miles of The Jordan Museum, Al Qatal Building offers accommodations with free WiFi. Helpful staff. Location is great if you are not planning to go to the city or you have to go to airport next day. Room was tidy and clean, very convenient. By the way, food for breakfast was really fullfiling, great start of a new day. 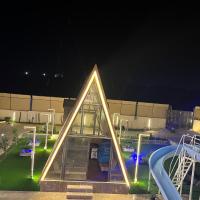 Located in Al Qasţal, just 10 miles from The Greek Orthodox Basilica of Saint George, The royal cottage Amman has accommodations with an outdoor swimming pool, a terrace and free WiFi. 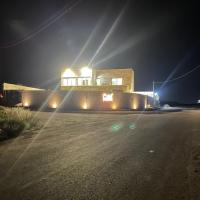 Located in Ash Shufatah, 15 miles from The Jordan Museum, Kiraz chalet has accommodations with a seasonal outdoor swimming pool, free WiFi, a 24-hour front desk, and a shared lounge. 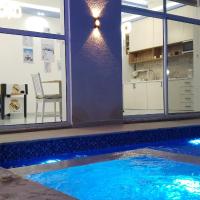 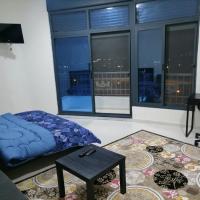 With garden views, Durrat Al Israa is located in Umm al ‘Amad and has a restaurant, a 24-hour front desk, bar, garden and terrace. Free WiFi is provided throughout the property. Great new place very close to the airport There is a supermarket, coffee and coffee shop below the building The furniture is new and their services are special Access from the Dead Sea was also easy and only 5 minutes from the airport 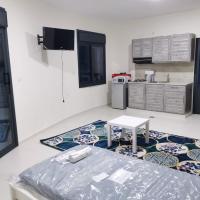 Providing garden views, For Women Only - للنساء فقط in Umm al ‘Amad provides accommodations, a bar, a shared lounge, a garden and a terrace. new building and really nice spacious room with nice view from balcony. The receptionist was really friendly and helpful 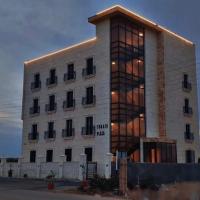 Located 10 miles from The Jordan Museum, Tunaib Plaza has accommodations with free WiFi and free private parking. The staff at this hotel were so amazing and accomodating, they organised taxis for us and even ordered food from a local restaurant at midnight, as we had not eaten. 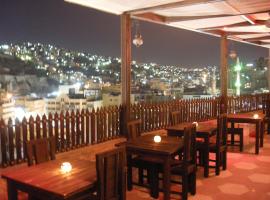 Located in the heart of Amman, Arab Tower Hotel features traditional décor and offers views of the Roman Theater. It is a 5-minute walk from the historic sites on the Citadel. Free Wi-Fi is available.... absolutely everything was more than expected ! wonderful experience thanks to tamin 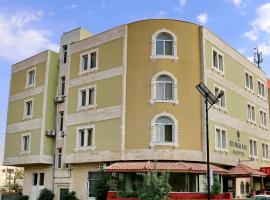 The new and modern Rumman Hotel is a cozy, family-run business. It is quietly located only a 10-minute walk from the historic center of Madaba, also known as the City of Mosaics. excellent location and the friendliest staff! 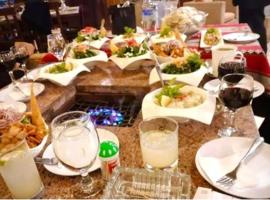 Located in the center of Madaba, in the vicinity of the Pilgrimage and Tourist Site. Saint John Hotel offers modern accommodations. Great location, the main attractions are very close by walk. 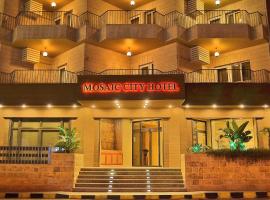 The Mosaic City Hotel is a small and friendly hotel in the heart of Madaba, within easy walking distance of the Church of St George and the famous mosaic map of the Holy Land. Amazing hotel with very nice staff and delicious dinner and breakfast! 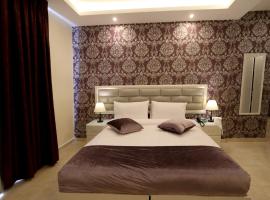 Featuring a shared lounge, terrace and views of city, Beirut Hotel is located in Amman, a 2-minute walk from Al Hussainy Mosque. This 3-star hotel offers a tour desk. Apart from Zed and Jumaa being impressively courteous, noone will believe what I'm gonna say. 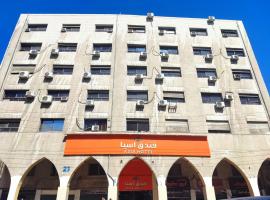 Located in the center of Amman, the Asia Hotel is only 680 yards from the Amman Citadel and public transportation services. It offers air-conditioned guest rooms, and free parking. 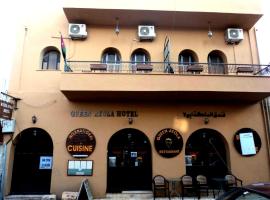 Located in Madaba, within a 3-minute walk of The Greek Orthodox Basilica of Saint George and 6.4 miles of Mount Nebo, Queen Ayloa Hotel&Restaurant provides accommodations with a bar. Very nice, friendly and helpful hotel-lord, who helped us with transport, offered reasonable tours... 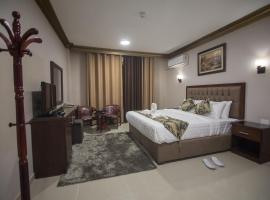 Located in Amman, 6.7 miles from Zahran Palace, Grape Village Hotel has accommodations with a restaurant, free private parking, a shared lounge and a terrace. Absolutely everything. Staff was extremely helpful. location was perfect.

Jordan’s biggest and most state-of-the-art airport, the vast Queen Alia International Airport is located in Zizya, which is 18 miles (30 kilometres) from the centre of Amman. Sariyah shuttle buses ferry travellers to and from the airport and city, and they are the most frequent and cost-effective option. You can also hop in a taxi, which will take between 40–60 minutes and cost around JOD 25, depending on traffic.

There’s just one hotel close to the airport, and most with shuttle services are found further out in Madaba (12 miles/18 kilometres away) or in the city itself. Queen Alia Airport is renowned for its Norman Foster-designed structure, which is inspired by the form of Bedouin tents, reflected in its canopy-style roof. Under this, travellers will find restaurants, shops and a spa, alongside showers and electronic device charging points.

The airport is large but only has one terminal, which also acts as the main hub of Royal Jordanian Airlines.