Recommended for you near Chubu Centrair International Airport NGO 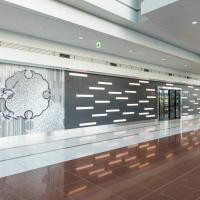 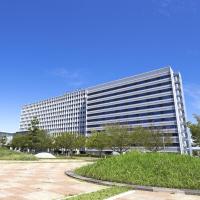 Offering direct access to Chubu Centrair International Airport, Centrair Hotel features simple Western-style rooms with WiFi access. The location is great - access from the inside of the airport terminal. Really good location if you're attending Ironman703 Japan. It's just a 20 min drive from the main venue. I left my bike GPS in the room when I was packing but the hotel staff was kind enough and sent it back to me :) 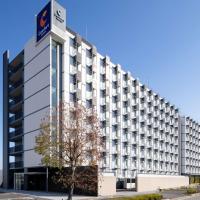 Offering direct access to Chubu Centrair International Airport, Comfort Hotel Central International Airport welcomes guests with a cup of coffee, and treats them to free Wi-Fi and a free breakfast... Accommodating staffs, near the airport, buffet breakfast and complete bathroom toiletries and amenities.

Set in Tokoname, Four Points by Sheraton Nagoya, Chubu International Airport provides a fitness center. Offering a restaurant, the property also has a bar. the location is near to the airport and the room's is so comfortable. J Hotel Rinku is a short 1-minute walk from Rinku Tokoname Railway Station on the Airport Line and a 2-minute train ride from Chubu Centrair International Airport. Just one station away from the airport and staff we're very friendly and accommodating.

Set 1.7 mi from Kanefuku Mentai Park Tokoname, Mike's B&B offers accommodations with free WiFi and free private parking. It is ok for 1 night before departure tomorrow early morning. Mike take care everything. It has enough thing to stay. Also it has shuttle service to the airport. It is near airport 15 minute drive. 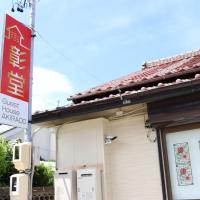 Set in Tokoname in the Aichi region, with Kanefuku Mentai Park Tokoname nearby, Akirado offers accommodations with free WiFi and free private parking. Not far from the airport. shopping mall around there 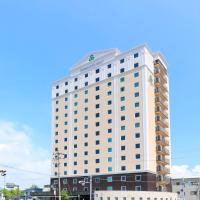 Spring Sunny Hotel Nagoya Tokoname is just a 5-minute train ride from Chubu Centrair Airport, and a 6-minute drive from INAX Live Museum. This is a great hotel for spending the night between two flights. I got there in the evening and my next flight was in the morning. The hotel was the best choice for spending the night, having dinner, taking a good shower, having a great breakfast before heading to the airport that is only 3 minutes train ride away. This is much, much better that spending 9 hours in the capsules in the basement of Nagoya airport. 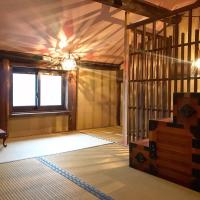 Tokoname - House - Vacation STAY 87578 is located in Tokoname. The air-conditioned accommodations is 21 mi from Nagoya, and guests benefit from complimentary WiFi and private parking available on... 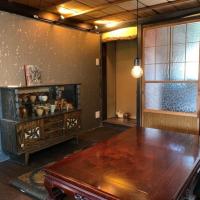 Boasting a garden, ゲストハウス忍茶 is set in Tokoname in the Aichi region, 0.7 mi from Kanefuku Mentai Park Tokoname. 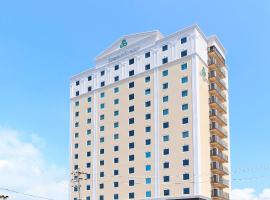 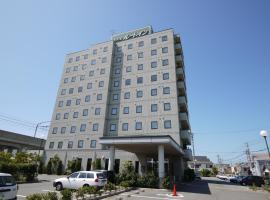 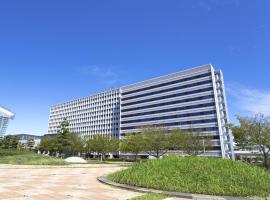 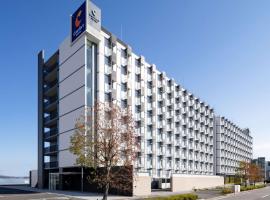 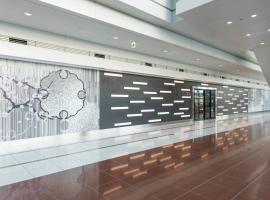 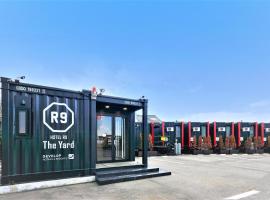 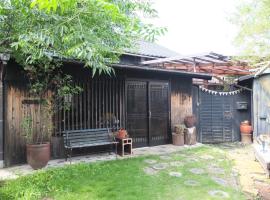 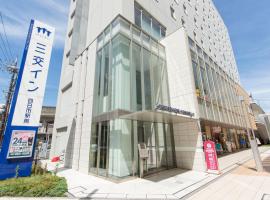 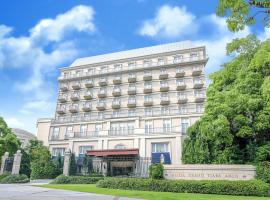 Hotel Grand Tiara Anjo is set in Anjo and features a bar and a terrace. Very good location, near to train station. Staff extremely polite and great service. 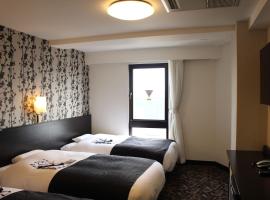 Offering a restaurant and free bikes, APA Hotel Suzuka-Chuou is located in Suzuka. Free WiFi access is available. Each room here will provide you with air conditioning. staffs were very welcoming and friendly. 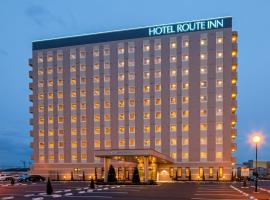 Offering a restaurant, Hotel Route Inn Minami Yokkaichi is located a 10-minute drive from Yokkaichi Port. Room is big enough for 2ppl, Aeon is nearby. free parking. Room is comfortable.

Comfort Hotel Suzuka is located just a 15-minute drive to the Suzuka Circuit, where the international races like the Formula-One and 8-Hour Endurance Championship Race are held. It is clean and comfortable, thank you 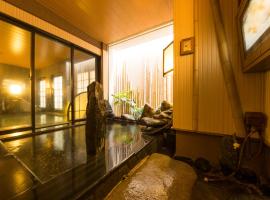 Featuring a public bath with natural hot spring water, the Dormy Inn offers modern accommodations 328 feet from Mikawaanjo Station. It includes a 24-hour reception. We booked it due to the proximity of the bullet train station. Free breakfast. 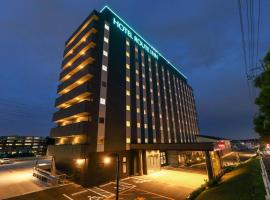 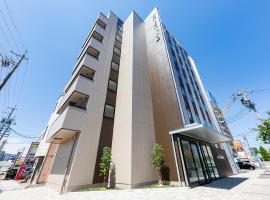 Hotel Trend Mikawaanjo is set in Anjo. Among the facilities at this property are a 24-hour front desk and luggage storage space, along with free WiFi throughout the property. The staff, environment and cleanliness

Hotel Livemax Mikawaanjo-Ekimae is offering accommodations in Anjo. The 2-star hotel has air-conditioned rooms with a private bathroom and free WiFi. Guest rooms in the hotel are fitted with a kettle.... Friendly staff...very helpful. Near supermarket, convenience store and train station. 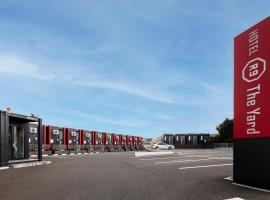 HOTEL R9 The Yard Taketoyo is located in Taketoyo. This 5-star hotel has air-conditioned rooms with a private bathroom. Private parking can be arranged at an extra charge. Clean, comfortable with a welcoming receptionist. 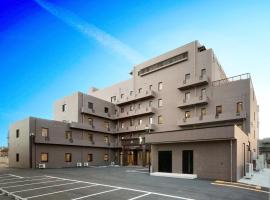 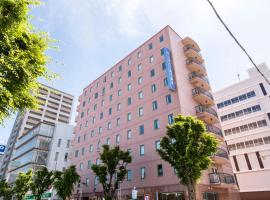 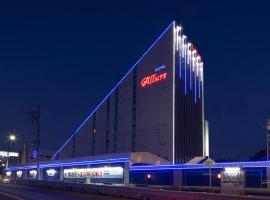 Located in Yokkaichi, 24 mi from Nagoya, Reiah Hotel Yokkaichi features air-conditioned rooms with free WiFi. Rooms come with a flat-screen TV. Rooms include a private bathroom equipped with a bath. everything is clean, private and comfortable

Only a 3-minute walk from Tokoname Station on the Meitetsu Tokoname Line, Hotel Route-Inn Tokoname Ekimae offers modern accommodations with a flat-screen TV and a video-on-demand system. It’s comfortable to check-inn because it is 24 hours open. 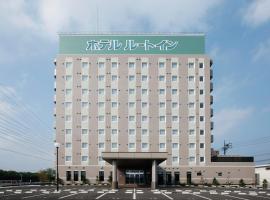 Chubu Airport (which is also known as ‘Chubu Centrair International Airport’) is set on an island connected by a bridge, just over 3 miles (5 kilometres) from Tokoname. Nagoya is 22 miles (35 kilometres) to the north of the airport, and Meitetsu Railways runs high-speed trains between the city and the airport. Passing through Tokoname, the route takes around 30 minutes, running from around 05:00 until 23:00. A taxi to Nagoya will take about an hour and cost about JPY 14,200.

If you’re looking for a place to stay between connections, there are a couple of hotels within a minute’s walk of the airport. Other options can be found in nearby Tokoname. In the airport itself, there’s free WiFi, shops, changing rooms and restaurants dishing up local cuisine. Chubu Airport is renowned for its facilities, and if you have extra time after checking in, you can soak in a bath house that looks onto Ise Bay. There’s also a 300-metre-long observation deck located just 50 metres from the runway, offering a great spot to see the sun set over the bay.