Recommended for you near Sheremetyevo International Airport SVO 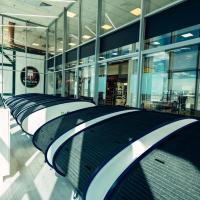 Ideally located in the Molzhaninovsky district of Khimki, GoSleep Sheremetyevo Airport is set in the international transit area in Sheremetyevo Airport, Terminal E. My first ever experience with this kind of hotels and I loved it! Easy to book, find and enjoy. 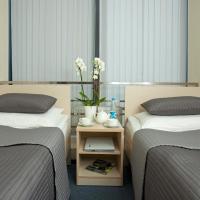 Air Express INSIDE Sheremetyevo International Transit Area Terminal E is located in Sheremetyevo. save my life during 21hour transfer 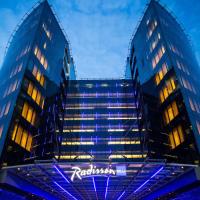 Radisson Blu Hotel Moscow Sheremetyevo Airport features a sauna, fitness center and a steam bath. Free WiFi is provided on site. The service was wonderful, the breakfast brought to our room due to restaurant closures was delicious and the bed was comfy! 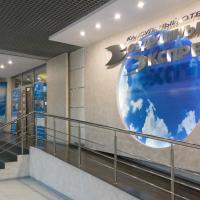 Air Express INSIDE Sheremetyevo FREE ZONE is located in Khimki, 7.5 mi from Khimki Arena and 7.5 mi from Rodina Stadium. The accommodations provides a 24-hour front desk and free WiFi is available. Good place to spend hours of wait for your flight. 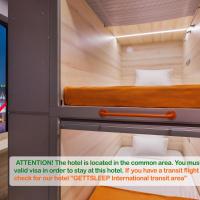 Located within 8 miles of Khimki Arena and 8 miles of Khimki Basketball Centre, GettSleep Sheremetyevo Airport Terminal Aeroexpress provides rooms with air conditioning and a shared bathroom in... I was late for my flight, so decided to stay here for 7 hours. This hotel is ok for the price, you can take a shower and get some sleep. The only problem is that theres barely enough of fresh air. Else - ok for capsule hotel

Conveniently located in the Molzhaninovsky district of Moscow, Aerosleep Sheremetyevo Airport is set in the international transit area in Sheremetyevo Airport, Terminal E. I liked everything! From the friendly staff to the actual little room! Thank God you are open 24 hours. I slept 6 hours with no interruptions. You have everything people need to rest safely. And I didn’t feel trapped. There are gaps of air, I could hear little quit noise, I could hear that I am not alone. You can turn on or off the light. Price is awesome! Got a discount using it with booking.com:))) 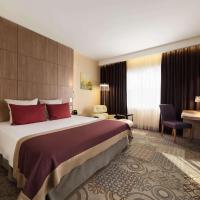 Novotel Moscow Sheremetyevo Airport is conveniently located beside the airport and offers free shuttle services to all the airport terminals B and D. Near the airport And airport bus every 20 min from and to the airport

Russian Sky Hostel is located in Sheremetyevo and features a garden. This property provides both free WiFi and private parking free of charge. Kind, cheap, clean enough Walking distance to the airport 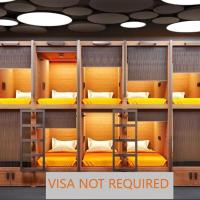 Capsule hotel GettSleep Sheremetyevo Airport International Transit Area offers accommodations in the Sheremetyevo International Airport, terminal D. It offers free WiFi. I really liked that its comfortable and i did not hear all the information which was loudly announced outside the hotel. Staff was very friendly. 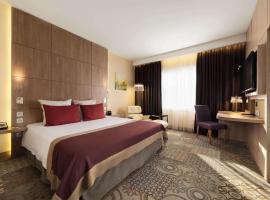 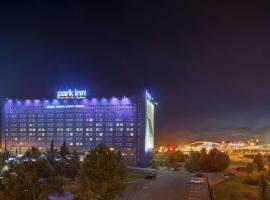 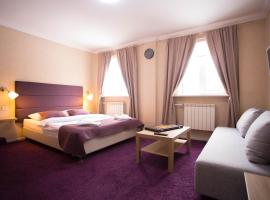 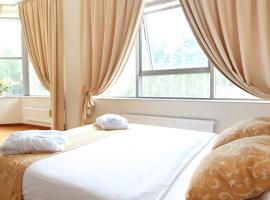 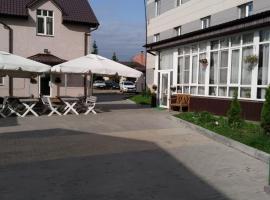 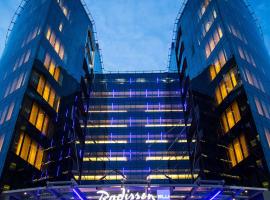 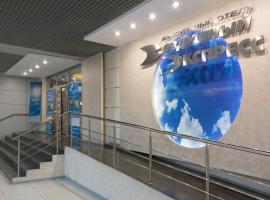 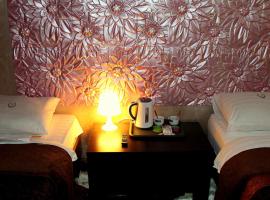 Diadema Sheremetyevo is located in Dolgoprudny, a 7-minute drive from Sheremetyevo International Airport. All room come with a desk. Some rooms feature a flat-screen TV. Great place to spend a night between the flights. Good transfer service. Friendly staff. 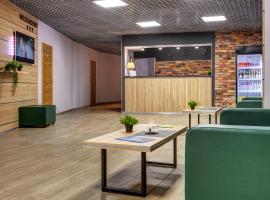 Featuring a shared lounge, Отель "Везендорф" is located in Khimki in the Podmoskovye region, 4 miles from Khimki Arena and 2.7 miles from Rodina Stadium. Close to a trip point, nothing more.

Located in Savrasovo, Gopark Hotel has air-conditioned rooms with free WiFi. Among the various facilities are a restaurant, a bar, as well as a garden. The hotel has family rooms. 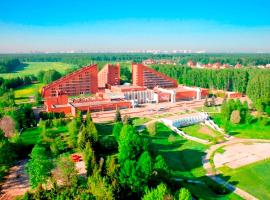 Free Wi-Fi is offered at this 3-star hotel, located 656 feet from the Klyazma River in Khimki. Features include an indoor pool and tennis court.

SkyPoint Hotel Sheremetyevo Airport offers a fitness center with an indoor pool and a sauna. We were staying in this hotel for the 3rd time (it’s great for the night over and Moscow visit... 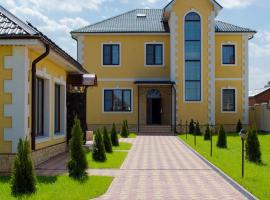 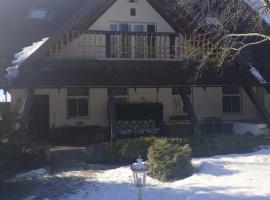 Set in Khimki, 1.9 mi from Sheremetyevo Airport, Hotel Gold Shark offers free airport shuttle. It features a restaurant and free WiFi throughout the property. The location is only 5 minutes away from SVO terminal B, very fast transfer to/from the airport 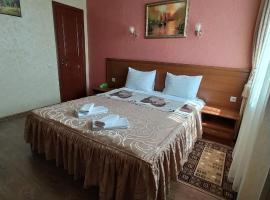 Free WiFi and an indoor pool are featured at this hotel in Moscow. A free transfer to and from Sheremetyevo International Airport is provided. Very Near by the airport and very convenient

Located next to Sheremetievo Airport, Iceberg House features free WiFi and free parking. Guests will be able to make use of the sauna. Free shuttle service it organized to the airport. Excelente mix of service and price, 3 mins to airport, free transfer, big room and warm inside in... 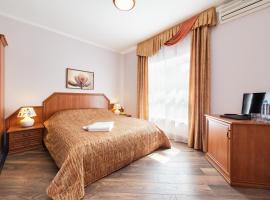 Mon Plaisir is favorably located only 4 miles from Sheremetyevo Airport, in Khimki, famous for one of the largest shopping malls in Russia, including such stores as Auchan and IKEA. Strong Wi-Fi, comfortable bed, 16 minutes by taxi during worst traffic jams to Sheremetyevo airport.

Sheremetyevo International Airport is 18 miles (29 kilometres) from central Moscow. You can reach the centre by the Aeroexpress high-speed train, which connects the airport to Belorussky Railway station in 30–40 minutes, running between 05:00 and 00:00. There are buses which run to stations, Rechnoy Vokzal and Planernaya, as well as night routes to Leninskiy Prospekt.

There are two hotels found within the airport itself and more in the surrounding area with most offering shuttle services. Sheremetyevo International Airport has a range of shops and restaurants, free WiFi, device charging points and shower facilities. If you’ve time to spare, you can meander through the airport museum which also offers great views over the runway.

There are four main passenger terminals (A, D, E and F) and a fifth for private aircraft and charter flights. There’s also a bus which goes between the different terminals.