Recommended for you near Samui International Airport USM 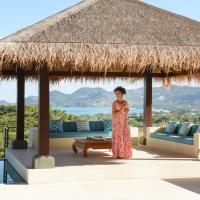 Located in Choeng Mon Beach, 1.3 miles from Bang Rak Beach and 1.7 miles from Chaweng Beach, Baan Kimsacheva - Seaview Private Villa offers a shared lounge and air conditioning. The house is conveniently located close to the airport with a nice view of the ocean and Big Buddha. We had free transfer to and from the villa so our rental car was comfortably delivered the next day to our residence. The house is spacious, well equipped and perfectly clean. However what really sets this villa apart from the others is the caretaker couple Corn and Ohm. We’ve rented villas on the island many times but thanks to them this one is special. Not only a great, lovingly prepared breakfast every day but also highly motivated help and attention with all our other needs during our stay. Corn and Ohm were definitely the highlight of our stay. 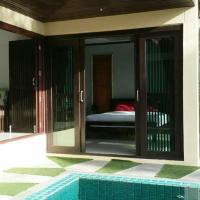 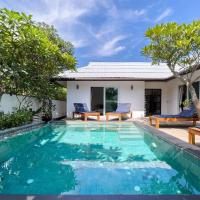 Featuring pool views, Pool Villa Bangrak, 2 mins to beach!!!! has accommodations with a terrace and a balcony, around 1.3 miles from Bophut Beach. 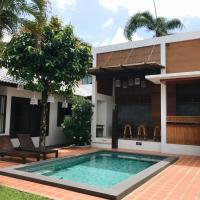 Located in Bangrak Beach, within a few steps of Bang Rak Beach and 1.2 miles of Bophut Beach, The Nest Samui has accommodations with an outdoor swimming pool and free WiFi throughout the property as... The best room and bathroom among three hoteles we have visited during the trip to Samui and Phangan. Super clean, nice neat design. A calm and peaceful place. The nearest good beaches for us were Mercury and Thongson, both around 12 mins by bike. There are some good restaurants and a really good big grocery store within 7 mins by walk. The owner is friendy and responsive. He helped us a lot with tickets reservation, good bike rental, and great recommendations. 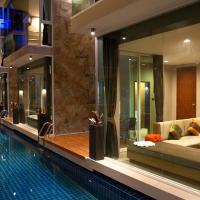 A 5-minute drive from Samui Airport, P10 Samui offers modern duplex rooms with direct pool access. Guests can enjoy free Wi-Fi or arrange sightseeing trips at the tour desk. Excellent staff and very helpful, more than accommodation, even gave me a free late check out as my flight was a good few hours after check out time, Owner was more than helpful enjoyed my stay and would totally recommend to anybody traveling to Koh Samui Paul 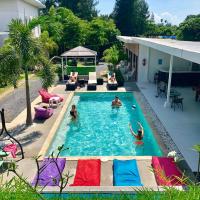 Located in Bangrak, Samui Backpacker Hotel is a 1-minute walk from a pier that can take guests to Ko Phangan and the famous full moon parties. Very comfortable and friendly staff 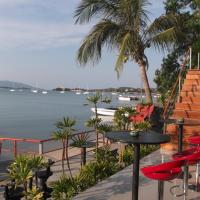 Marina Residence is located 984 feet from the beautiful Bangrak Beach of Koh Samui. 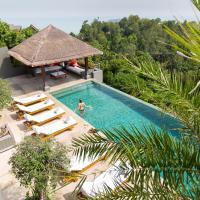 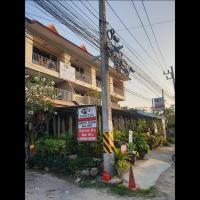 P & T Hostel features a shared lounge, terrace, a restaurant and bar in Bangrak Beach. Staff was very friendly and helpful and the food was quite good and cheap. I have a flight in the evening they let me saty in the hostel for fee and also book a taxi for me. Even i got free fruit 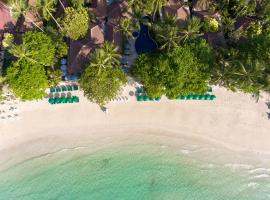 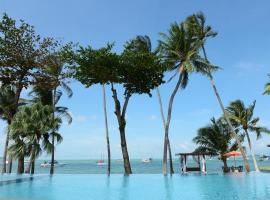 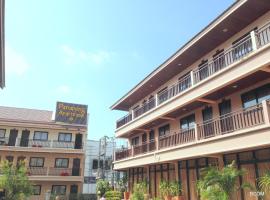 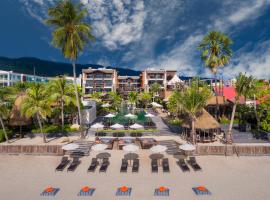 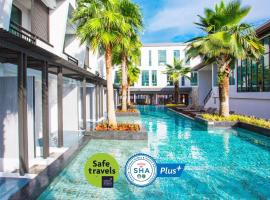 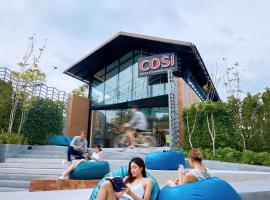 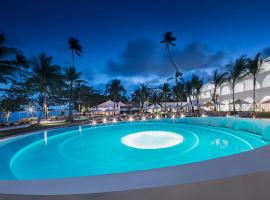 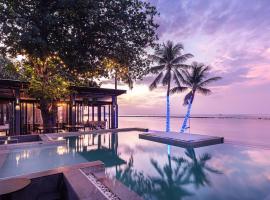 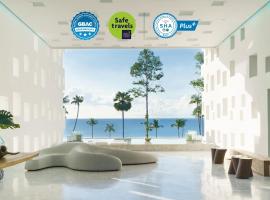 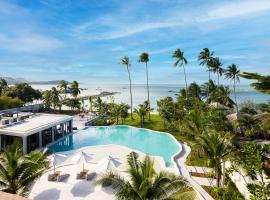 Located on the island of Ko Samui, Samui Airport is roughly 1 mile (2 kilometres) north of Chaweng. It’s also near the Big Buddha Pier, where ferries depart to Ko Pha Ngan. High-speed ferries to Ko Tao and Chumphon depart from the Maenam Beach Pier, approximately 4 miles (6 kilometres) northwest of the airport. Chaweng is best reached by minibus, which departs once full and costs THB 200. A taxi costs around THB 500, but will you get you to Chaweng in 15 minutes.

There are several hotels within 1 mile (2 kilometres) of the airport, in case you need to stay the night before a connecting flight. Most hotels provide a shuttle service. Samui Airport is recognised for its authentic ‘tropical island’ look, having received many awards, and offers travellers the chance to enjoy a traditional Thai massage at the spa before takeoff. There’s also a duty-free shopping area, several restaurants and a VIP lounge.

Samui Airport has two terminals: one for domestic flights, the other for international. They are about 50 metres apart.