Recommended for you near Hartsfield-Jackson Airport ATL Quiet & Quaint apartment, 5 mins to airport and 15 mins to downtown is located in the College Park district of Atlanta, 7.7 miles from Georgia State Stadium, 8.2 miles from Mercedes-Benz Stadium and... Very nice and clean apartment, great communication with the owner. We only used it for a sleepover. 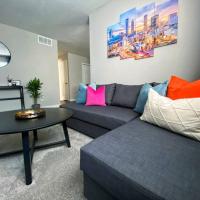 *NEW* The Traveler's Retreat, 5 mins to airport is located in the College Park district of Atlanta, 8.2 miles from Mercedes-Benz Stadium, 8.8 miles from Zoo Atlanta and 10 miles from College Football... 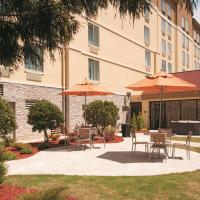 This La Quinta Inn & Suites Atlanta Airport North provides a free transfer service to the Hartsfield-Jackson Atlanta International Airport, which is 2 miles away. The smell of the room was great. 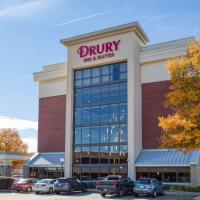 Located adjacent to Hartsfield Jackson Atlanta International Airport, this Georgia hotel features a daily hot breakfast and an outdoor swimming pool. Free WiFi access is also offered. Breakfast was outstanding. To be honest I have no complaints at all 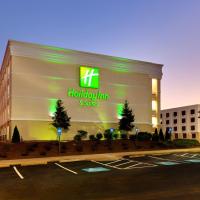 Guests at this Atlanta hotel can take advantage of the free transfer service to and from the Domestic Terminal of the Hartsfield-Jackson International Airport, which is 1 minutes' drive away. Excellent!!! Good variety, nice setting, and helpful staff Offering free airport shuttle service as well as many modern conveniences and amenities, this Atlanta hotel is close to several area attractions and features spacious accommodations. i always come back for the good location and friendly staff they are amazing. 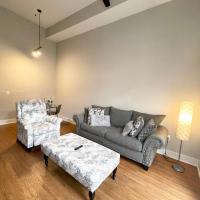 Porsch City Loft, a property with a seasonal outdoor swimming pool and barbecue facilities, is located in Atlanta, 6.3 miles from Georgia State Stadium, 7.2 miles from Mercedes-Benz Stadium, as well... 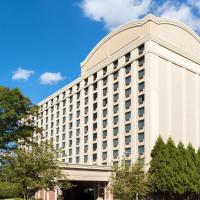 Close to Jackson International Airport with free shuttle service to the domestic terminal and a short drive from Atlanta attractions, this Sonesta Atlanta Airport North features an outdoor swimming... the staff was excellent. especially the front desk, house keeping and bartenders. 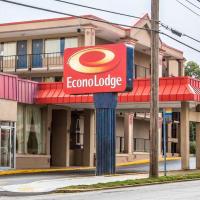 Featuring an outdoor pool and located 1.7 mi from Hartsfield-Jackson International Airport and 7.8 mi from Atlanta, Georgia city center, Econo Lodge Airport offers a free airport transfer service. The place is so close to the airport and a restaurant zone. It's a good place for being one or two days. The room was big and the bed so comfortable. I really apreciated the air warm condition. 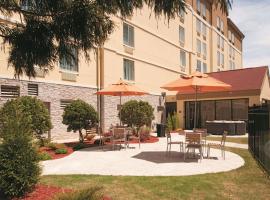 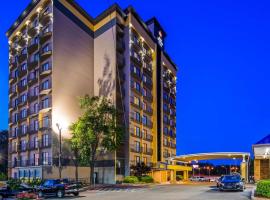 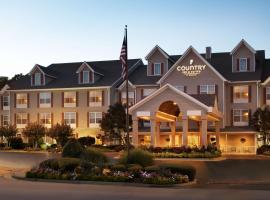 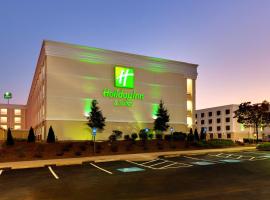 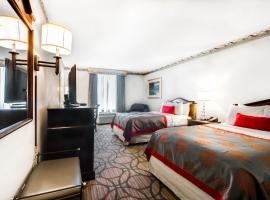 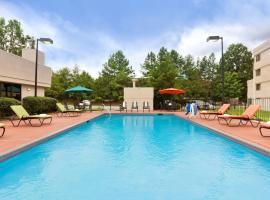 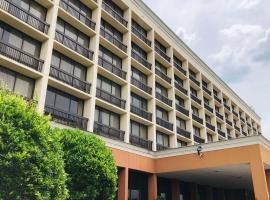 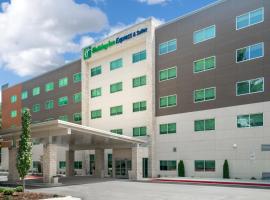 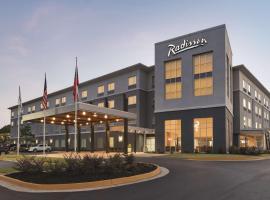 Located in Atlanta, 8.8 miles from Mercedes-Benz Stadium, AC Hotel by Marriott Atlanta Airport Gateway provides accommodations with a fitness center, private parking, a restaurant and a bar. the property is new. the staff are friendly, and the room is big and super clean. Offering a large indoor hot tub and free WiFi access, this Georiga hotel is located 6 minutes’ drive from the Hartsfield-Jackson Atlanta Airport. A complimentary hot breakfast is served daily. the staff greeted as soon as I entered… the guy that was working insured me that my suite was... 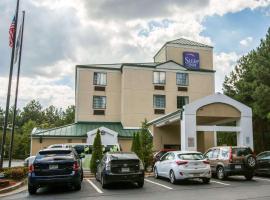 Located just off I-85, this College Park hotel features an on-site restaurant, hot breakfast buffet and free shuttle service to and from the neighboring Hartsfield-Jackson Atlanta International... beds were very comfortable. Property was very clean, shower was good! "This Atlanta Airport Hotel is only 1.2 mi from Atlanta Hartsfield-Jackson International Airport and offers a free airport transfer service. We left before breakfast was served due to an early flight.

This hotel is two minutes away from nearby Hartsfield-Jackson International Airport via the ATL SkyTrain and connected to the Georgia International Convention Center by a walkway. Location was close to Everything. 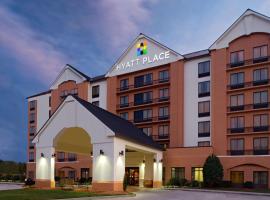 Located in College Park, Georgia, this hotel offers an outdoor pool, an on-site restaurant, and a free airport transfer service. Everything was perfect. Thanks to the front desk lady. She is the best. 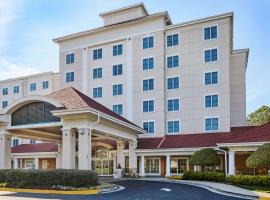 Next to the Atlanta Hartsfield Jackson International Airport, this hotel is located just off motorway I-85 in College Park, Georgia and offers easy access to major businesses and attractions nearby. The staff was very pleasant. I loved the fact that I was able to get a free shuttle to the airport.

The SpringHill Suites, located in College Park, is just steps away from the ATL Sky Train which offers a 2 minutes' ride to the Atlanta Hartsfield-Jackson International Airport. I rated breakfast excellent, although it was missing the waffle machine, breakfast was served from... This hotel is located along Interstate 85, just a half-mile from Hartsfield-Jackson Atlanta International Airport, and offers free airport shuttle service. the property was excellent, the staff were kind, they clean the rooms everyday, everything around... 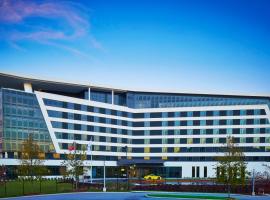 Offering a fitness center and indoor pool, Kimpton Overland Hotel is located in Atlanta. Guests can enjoy the on-site restaurant. A flat-screen TV with cable channels is provided. They were very accommodating in regards to great service and shuttle service even to local...

Built on an abandoned racetrack, Hartsfield-Jackson Atlanta International Airport sees more passengers pass through its gates than any other airport. Conveniently situated near Interstates 20, 75, 85 and 285, it’s a 20-minute drive from downtown Atlanta. If you’re using public transport, the MARTA train connects the city to the airport’s domestic terminal.

Booking.com has a wide choice of hotels within 2 miles (3 kilometres) of the airport and easily accessible from the main terminal. Should you find yourself with some spare time, ATL has a wide range of shops and restaurants, as well as free WiFi and charging points to power up your electronic devices. Plenty of parking is available on site, with separate lots for Economy, Park Ride and Reserve.

Most international flights depart from the the new Maynard H. Jackson Jr. International Terminal, which is made up of concourses E and F. A 24/7 shuttle runs between the domestic and international terminal. Passengers should arrive at the security checkpoint at least two hours before their scheduled departure time. Just be sure you have all the necessary documentation, such as a visa or ESTA, to avoid delays.