Recommended for you near Simon Bolívar International Airport CCS

Set in Maiquetía, 2.5 km from Puerto Viejo Beach, Aeropuerto Posada Bella Vista offers accommodation with a garden, free private parking and a terrace. Everything, the staff was polite and they make sure we had everything we needed. The best of it was the transportation to the airport, even to national flights. 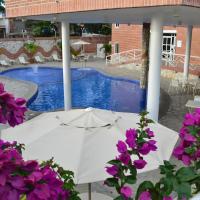 Situated in Playa Grande, 1.4 km from Puerto Viejo Beach, Hotel Villa Playa Grande features accommodation with a restaurant, free private parking, an outdoor swimming pool and a bar. The room was quiet, comfy bed, meals excellent, nice pool area, shuttle service very efficient. For Venezuela it was far better than we expected, will definitely be staying there again when we travel through. 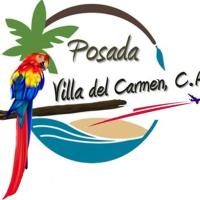 Marriot Venezuela is 150 metres from Playa Grande, and 3 km from Simon Bolivar Airport. It offers tasteful rooms with luxurious bedding, 3 restaurants, and a rooftop pool with panoramic views. People are very kind and gentle 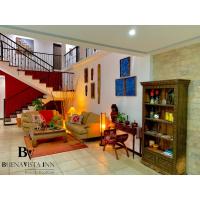 Boasting a restaurant, an outdoor swimming pool, and a bar, Airport/BleuSuite features accommodation in Catia La Mar with free WiFi and sea views. The location near the airport was good. It was clean. 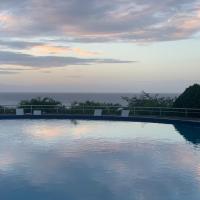 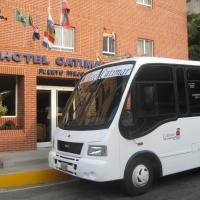 Set in Maiquetía, a few steps from Puerto Viejo Beach, Hotel Catimar offers air-conditioned rooms and a bar. Transportation prompt and efficient. The kindness and friendliness of the staff. 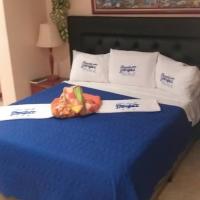 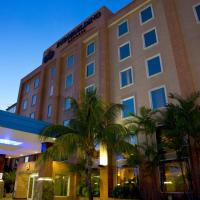 Only a 5-minute drive from Simon Bolivar Airport, Eurobuilding Express Maiquetía feature a hot tub, a fitness centre and a swimming pool. Free airport shuttles, parking and Wi-Fi are provided. The reception at the airport and into the hotel 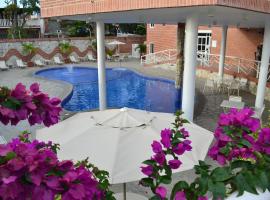 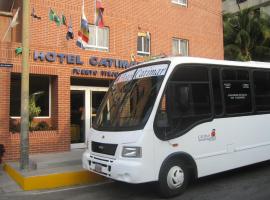 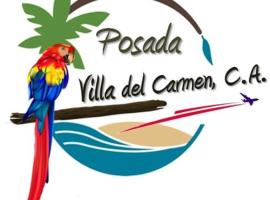 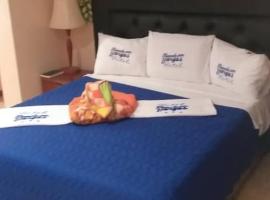 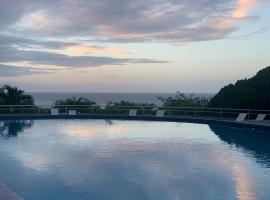 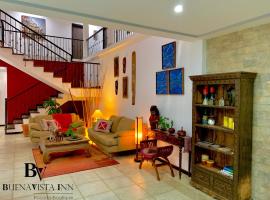 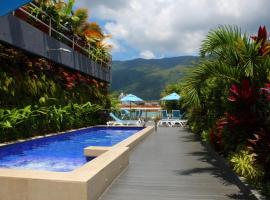 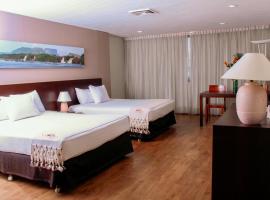 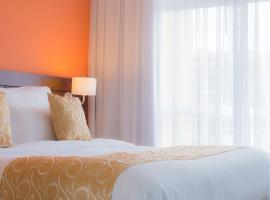 CONTINENTAL ALTAMIRA has a restaurant, outdoor swimming pool, a bar and garden in Caracas. 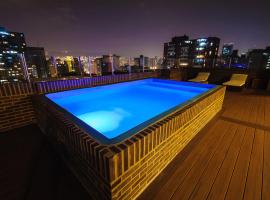 Located 250 metres from La Candelaria square and 500 metres from the subway station, Hotel Alex Caracas features a gym, a spa, and a restaurant. Breakfast and free Wi-Fi are provided. The property was very clean and secure with a security guards always tending the door. 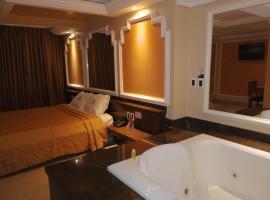 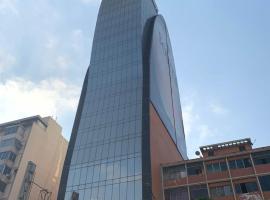 Situated in Caracas, 2.2 km from Olimpico Stadium, HOTEL CHACAO SUITES features accommodation with a bar, private parking and a terrace. Highly recommended! Excellent location in one of the most beautiful CCS areas 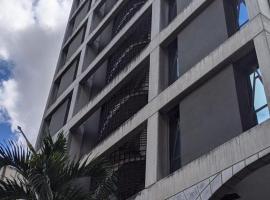 Boasting a fitness centre and a bar, Hotel Chacao Cumberland is situated in Caracas, 2 km from Olimpico Stadium and 2.8 km from Los Caobos Park. Aproach of people there Real nice feelings from front desk thru manager up the house keeping... 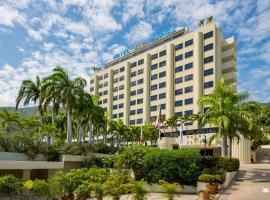 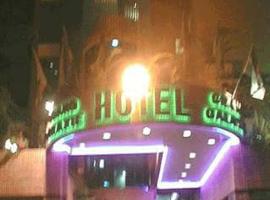 Hotel Gran Galaxie is situated in Caracas, within 4.2 km of Fine Arts Museum of Caracas and 4.2 km of National Gallery of Art. 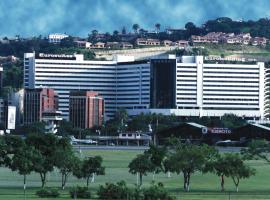 Featuring a swimming pool, a fitness centre and a sauna, Eurobuilding Hotel & Suites Caracas offers stylish rooms in the financial district. The city centre is a 15-minute drive away. The place was clean and people treat you with courtesy 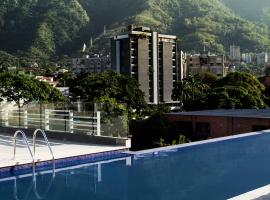 Offering an outdoor pool and a restaurant, Cayena-Caracas is a gorgeous, modern hotel located in Caracas. It boasts excellent views of the city and El Avila Mountain. Warm welcoming from all the staff.clean and perfectly decorated.

Simon Bolívar International Airport, also known as ‘Maiquetía Airport’, is the main international gateway to Venezuela. It is located 13 miles (21 kilometres) from downtown Caracas, the nation’s capital, and accessible by taxis and public buses. Taxi fares vary according to the distance travelled, and day-time rates are lower than night-time rates. The journey to downtown Caracas takes around 30 minutes. Buses run between the airport and Central Park, departing from the domestic terminal between 07:00 and 21:30 when full. The trip takes between 30 and 50 minutes.

There are several hotels located close to Maiquetía Airport for passengers who need to stay the night. Before takeoff, you can keep busy by taking a guided tour of the main terminal and even participate in a ‘flight simulacrum’ simulation, an activity normally reserved for trainee pilots. Other passenger services include duty-free shopping, restaurants, currency exchange and ATMs.

There are two terminals in Simon Bolívar International (often referred to as ‘Aeropuerto Maiquetía’ by Spanish speakers), one international, the other domestic. Both are linked by a pedestrian walkway. A free shuttle bus service also connects the terminals.