Exploring the natural beauty of Canada’s islands is guaranteed to inspire tranquility and profound awe. Here are five of the best. 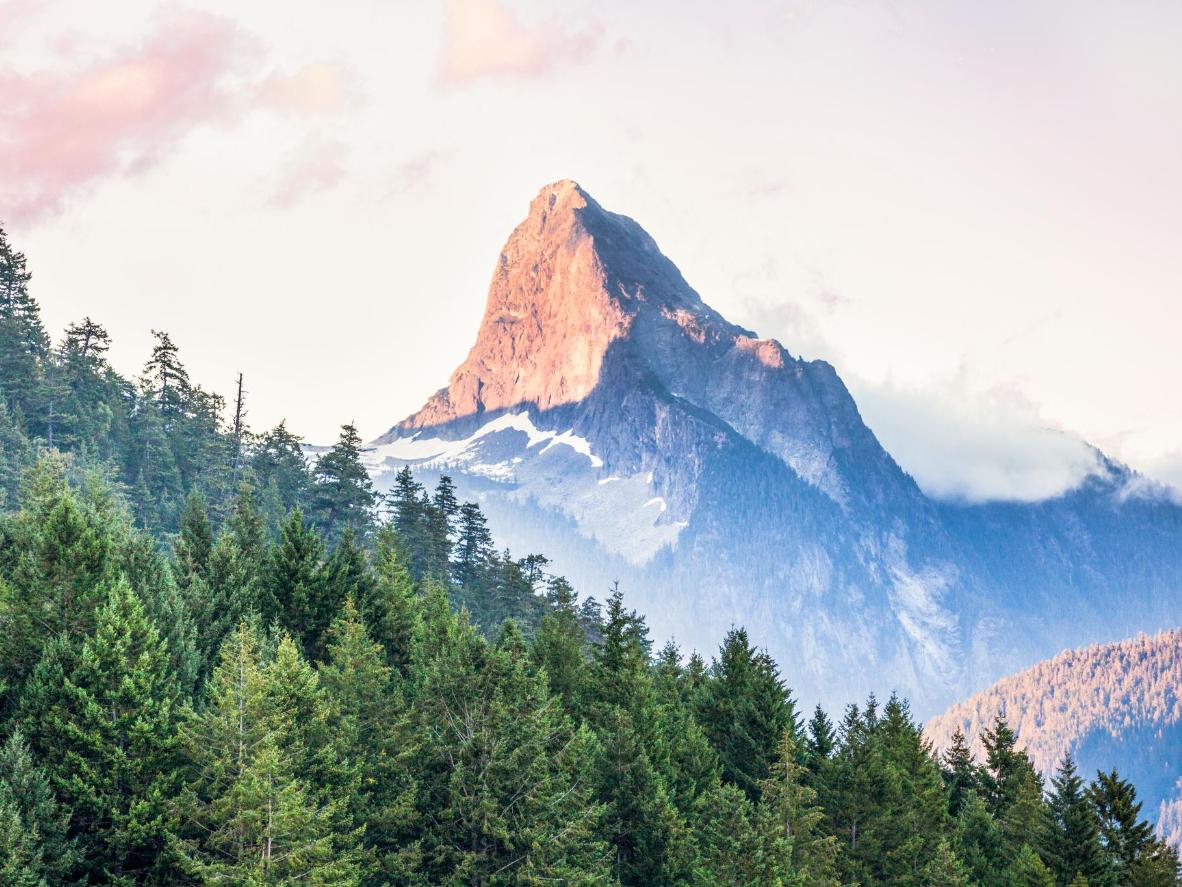 Vancouver Island is a prime example of the beauty of the Canadian wilderness, and arguably the country’s most renowned island. Pine forests crown the rocky mountaintops high above the quaint fishing villages lining the shore. Vancouver Island is home to Victoria, the capital of British Columbia and a city with a thriving wine culture. How to explore the island is really up to each individual Booker – whether driving along the coastal forests, sailing its surrounding waters, or floating along the northern shoreline to where the water and mountains meet. The peaceful seclusion here easily explains why the first expedition to the area named it Desolation Sound. Book a stay at Pacific Sands Beach Resort, where you can rent bikes for yet another way to explore. 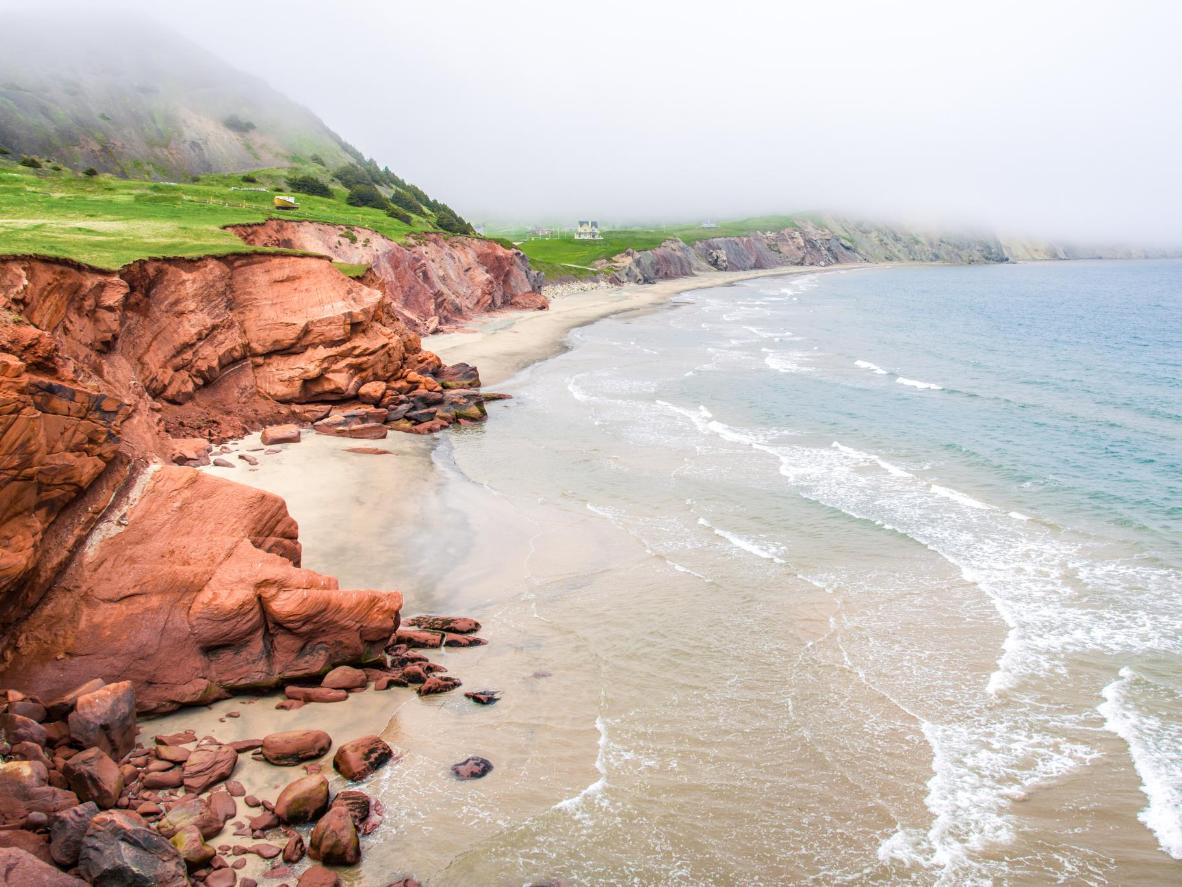 The red clay cliffs are a symbol of The Magdalen Islands

The Magdalen Islands (or Îles de la Madeleine) are strung across the Gulf of Saint Lawrence, featuring red clay cliffs and rolling green plains. Lagoons are carved into their coastlines, and these quiet sea coves are waiting to be explored by adventurous Bookers. Throughout the islands you’ll notice a proud Acadian and maritime culture, often expressed in the local art and food scenes. Locals—or Madelinots—dish up classic seafood dishes like lobster pots and fish pies. Or you could try your hand at haggling for fresh lobsters down at the wharves then preparing them yourself. While the weather is usually best in summer, the fall is buzzing with local festivals and the winter displays a fascinating contrast of colors, with white snow blanketing the red cliffs. Whatever the season, book a stay at Domaine du Vieux Couvent, a renovated convent. 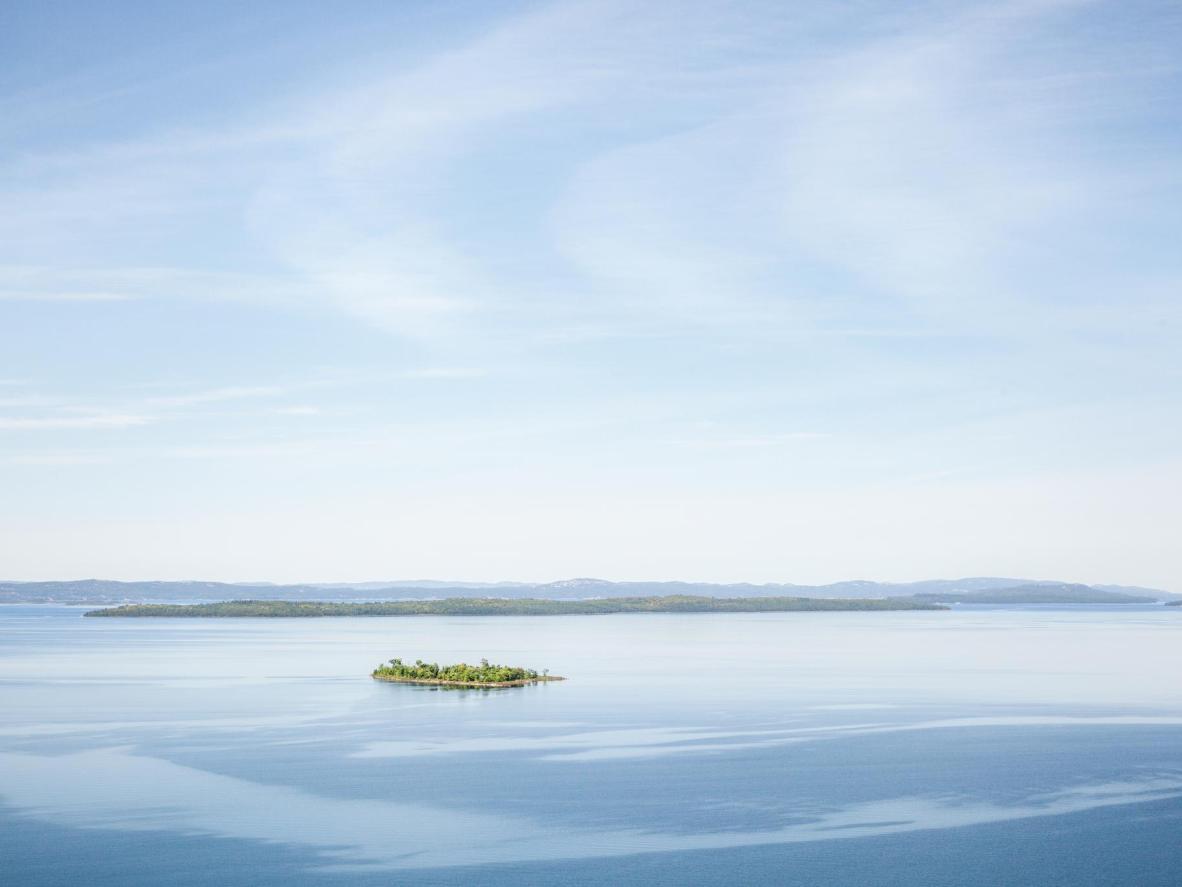 The largest freshwater island in the world

Manitoulin Island—or “Spirit Island” in Algonquian—runs along the northern edge of Lake Huron. It has over 100 inland lakes, and even those lakes have islands of their own, the largest of which is Treasure Island. On the ferry over, Bookers will spot white-washed lighthouses and rickety coastal cabins. Take the lighthouse tour from Manitoulin’s western tip to the southern perimeters, then stop by Misery Bay along the way. It earned this name after early settlers, who’d worked tirelessly to cut the marsh grass, were asked by visiting government officials what the area was called. These days, however, Bookers will find beautiful clear waters and fragrant wildflowers. A trip here wouldn’t be complete without a lakeside stay with island views, so try Maple Grove Cottages. 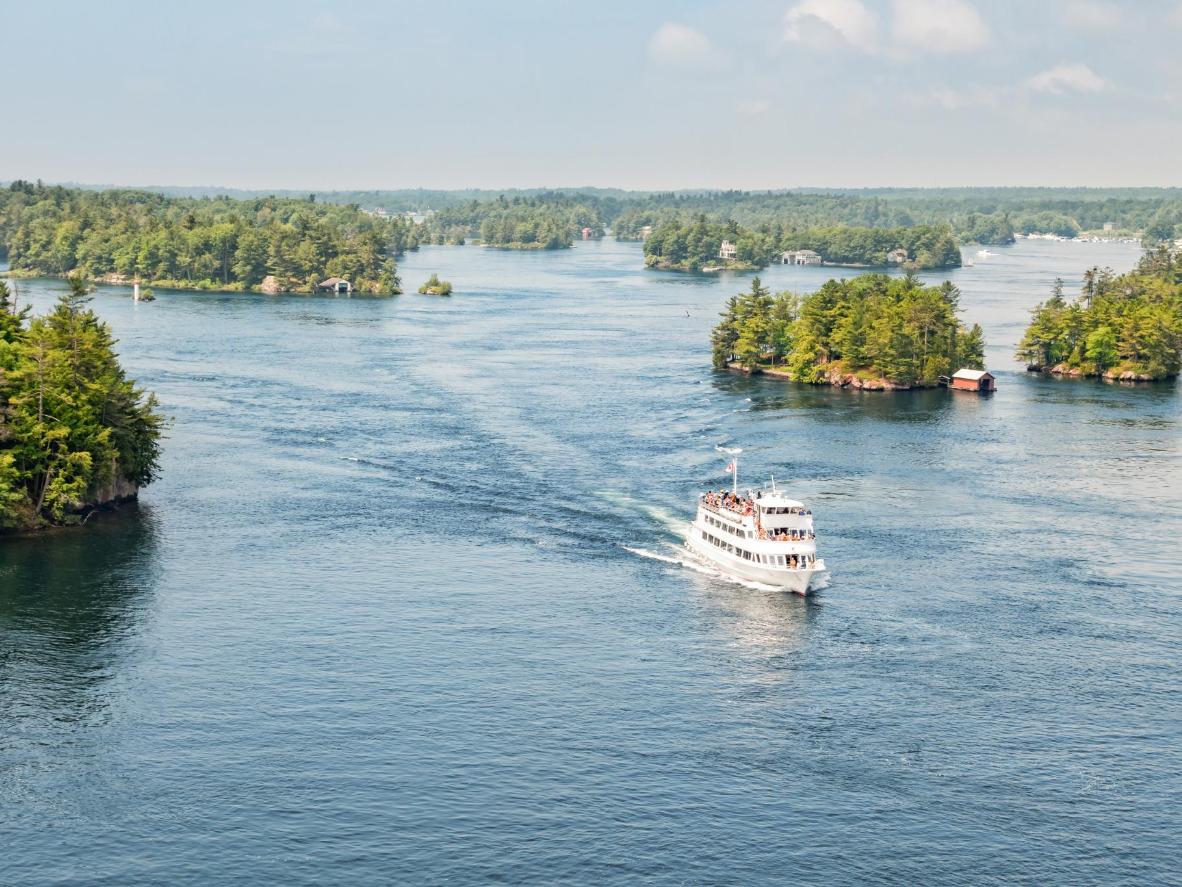 Try counting the Thousand Islands as you ferry past them

A flight over the Thousand Islands will present Bookers with one of Canada’s greatest scenes – a bird’s-eye view of a constellation of 1,800 islands, with rugged river outposts and solitary dwellings lining the banks of the Saint Lawrence River. Located on the US-Canada border, these islands are a combination of both territories. Wolfe Island—the largest and home to a corn maze—belongs to Canada, whereas Wellesley Island is a US settlement that’s home to the Lake of the Isles. History lessons aside, sailing is the best way to get to know the area. Coast through narrow freshwater corridors and past all the shoreside dwellings, as the gentle hush of lapping waters and native wildlife calls wash over you. Right down the road from the Thousand Islands National Park is The Woodview Inn. 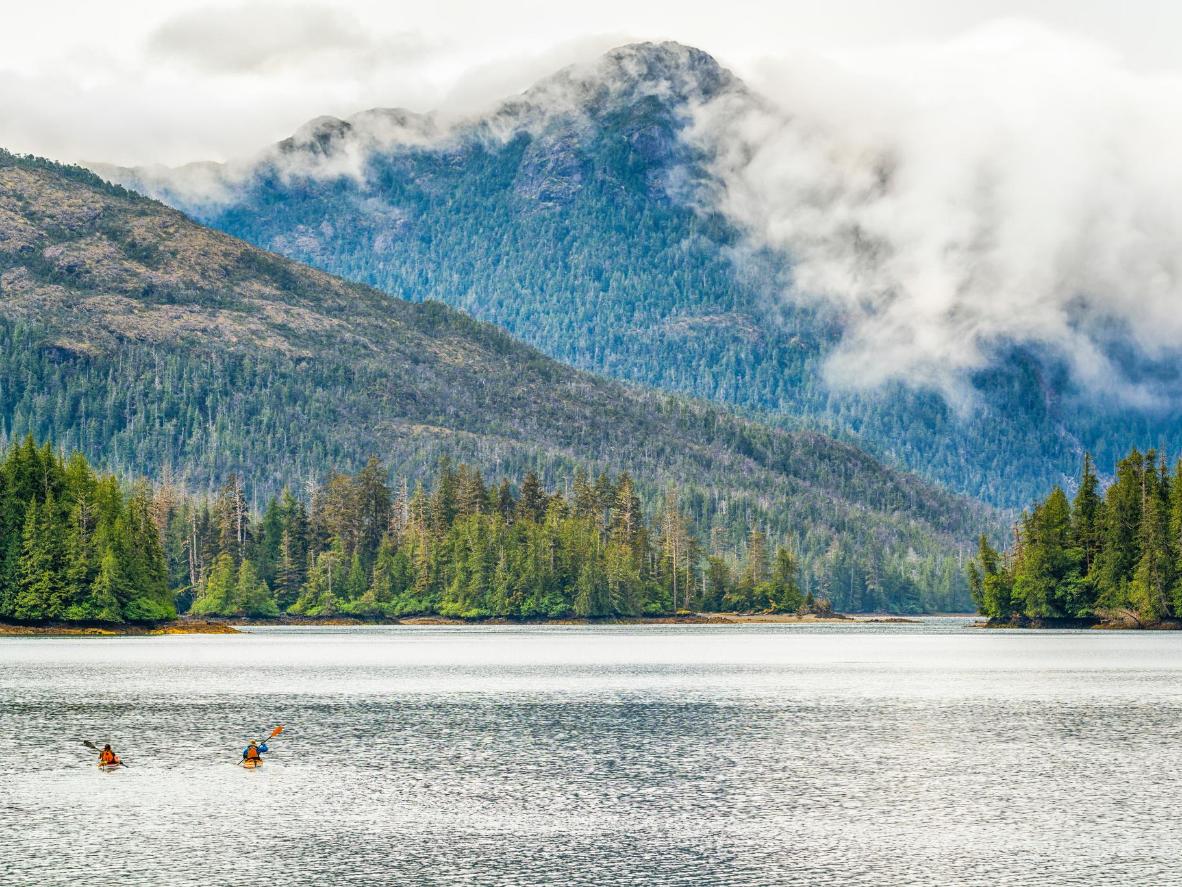 Haida Gwaii is just north of Vancouver Island and one of Canada’s most remote archipelagos. Popularized as the “Canadian Galápagos” due to its resemblance to the Ecuadorian islands with its diverse wildlife, this kite-shaped collection of islands is a natural wonder of the northern hemisphere. After braving the choppy waters of Hecate Strait, Bookers will reach its forested shores, home to unique subspecies such as the Haida Gwaii black bear, the largest and oldest spruce trees on the planet, and Haida First Nation – one of the oldest, traceable human populations in the world. The Haida’s mythical culture lives on to this day, so visit Old Massett and Skidegate for local performances and dishes like hot fish stew. The island barely has any roads, which makes kayaking the best and most immersive way to get around here. Paddling around one of Canada’s final frontiers is sure to free Bookers from the daily grind back home. When night falls, get cozy with a stay at Cacilia’s Bed & Breakfast.

Must Visit National Parks in the US

The otherworldly hoodoos of Bryce Canyon to a hike along the deepest lake in the country.
May 28, 2020
#usa
#nature
#scenery
#bryce-canyon-national-park
#lee-vining
Nature

Follow in the footsteps of most legendary explorer duo in US history.
May 15, 2020
#lewis-and-clark
#hiking
#camping
#trail
#nature

Take in the cityscape while cooling down from the tropical heat.
Apr 3, 2019
#swimming-pools
#scenery
#cocktails
#mountains
#rio-de-janeiro
Destinations

The best spots in the US for a cinematic proposal

For those thinking about popping the question but are unsure about setting the scene.
Feb 11, 2019
Destinations

The five most astounding nature spots in a state celebrated for its natural beauty.
Sept 13, 2018
#alaska
#anchorage
#seward
#fairbanks
#girdwood

Most popular cities in Canada