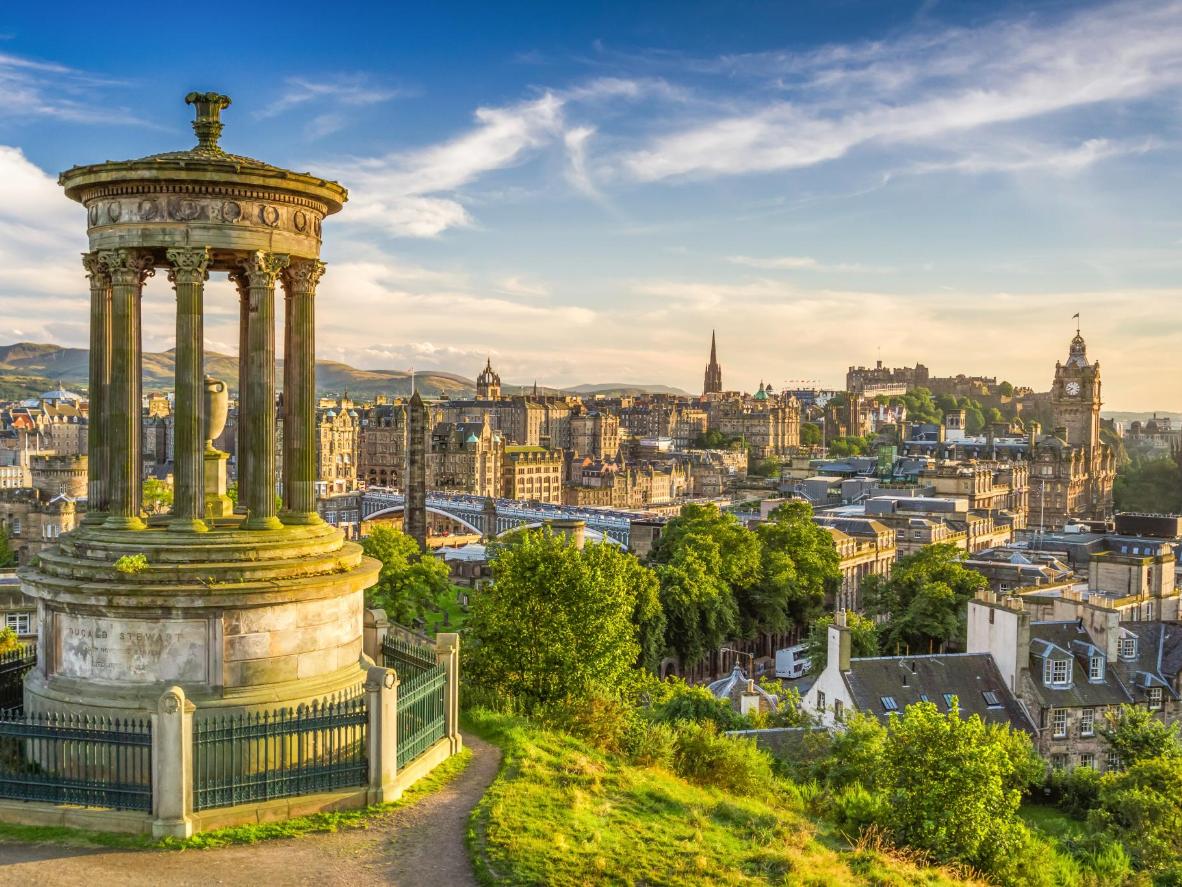 Pint-sized Edinburgh packs in a wealth of sights

Edinburgh enchants at every turn, from the Old Town’s winding cobbles to the pristine Georgian façades of the New Town. It has long attracted a varied bunch, from monarchs to valiant knights, literary masterminds and trailblazing innovators – all leaving their legacy and peppering this ancient capital with personality.

Droves of excited tourists flock under the portcullis spikes of Edinburgh Castle, which sits atop a dormant volcano. This millennium-old stronghold safely guards the Stone of Destiny – an archaic artefact still used in coronations. A meander down the Royal Mile, accompanied by the jovial melody of kilt-clad bagpipers, takes in the imposing St Giles’ Cathedral, bustling pubs, and Gothic rooftops. All the way along, tour guides lead willing participants into an underbelly of cellars, steeped in history and said to conceal some of the UK’s most haunted sites. 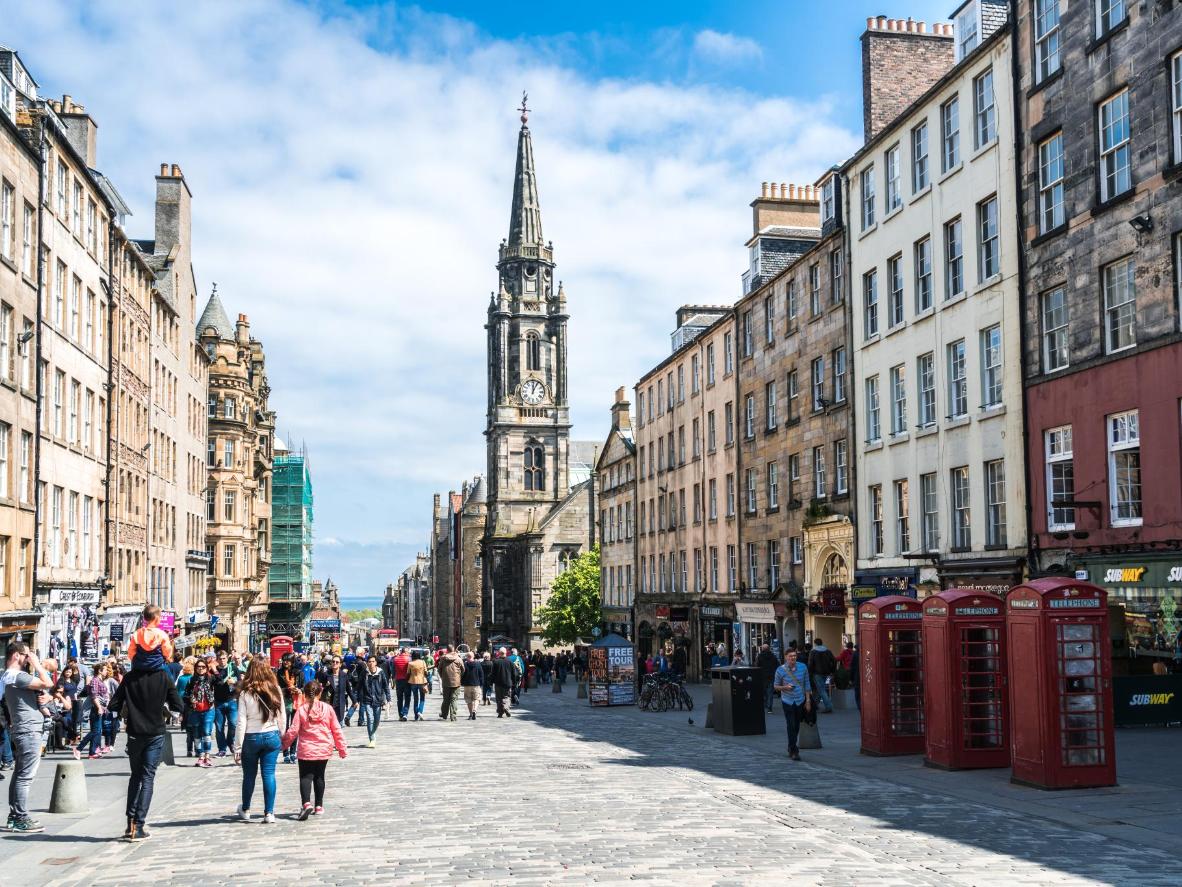 The Royal Mile is the hub of the Old Town

At this end of this regal stretch, the Scottish Parliament’s innovative design contrasts against the neighbouring turrets of the 16th-century Holyrood Palace. The looming peaks of Arthur’s Seat and Salisbury Crags serve as a dramatic back garden – making an ideal spot for a bracing walk to blow away the cobwebs. 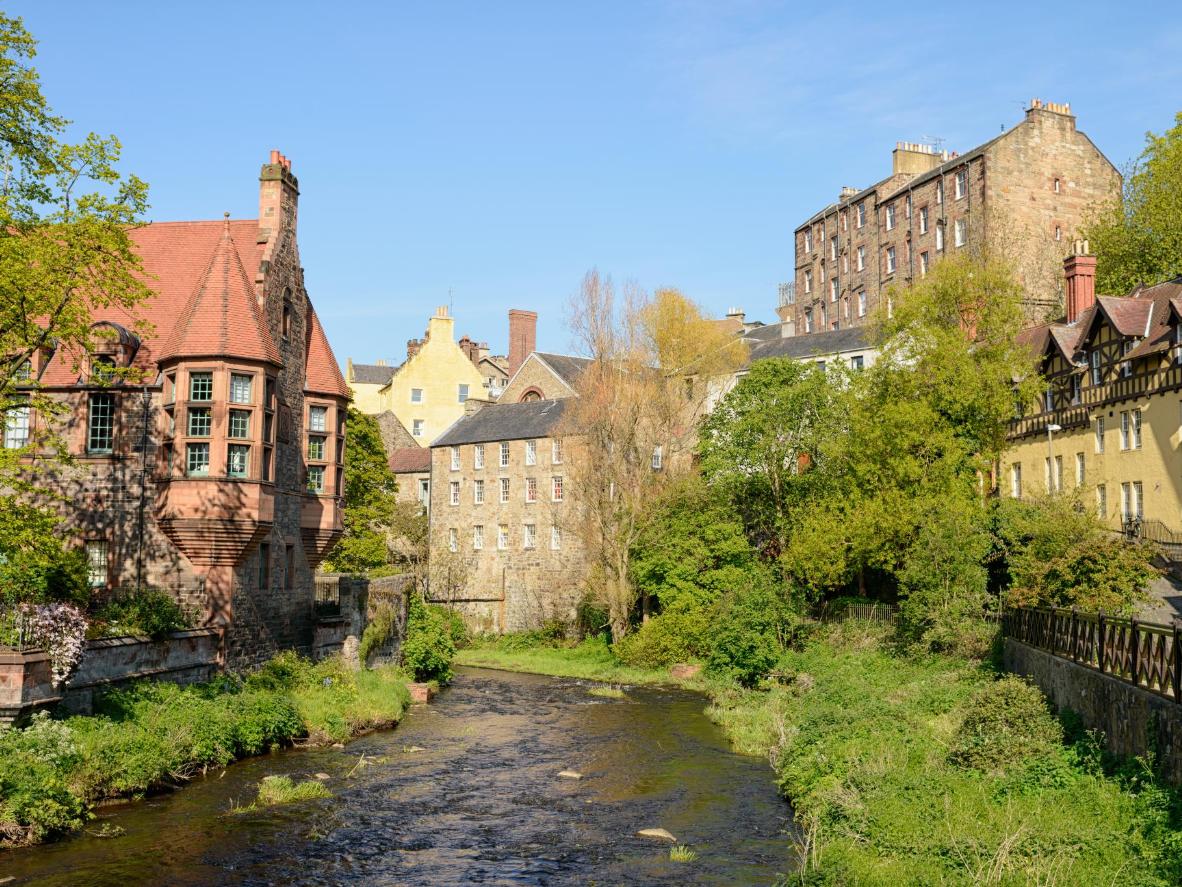 The Scottish capital has plenty of tranquil, green spaces

The Fringe festival sees Edinburgh burst into vivid technicolour come August, while Princes Street’s new year ‘Hogmanay’ party is the only way to ring in the bells. Peak times make accommodation pricier and harder to come by, so to avoid this, head here in March when spring is beginning to bloom. 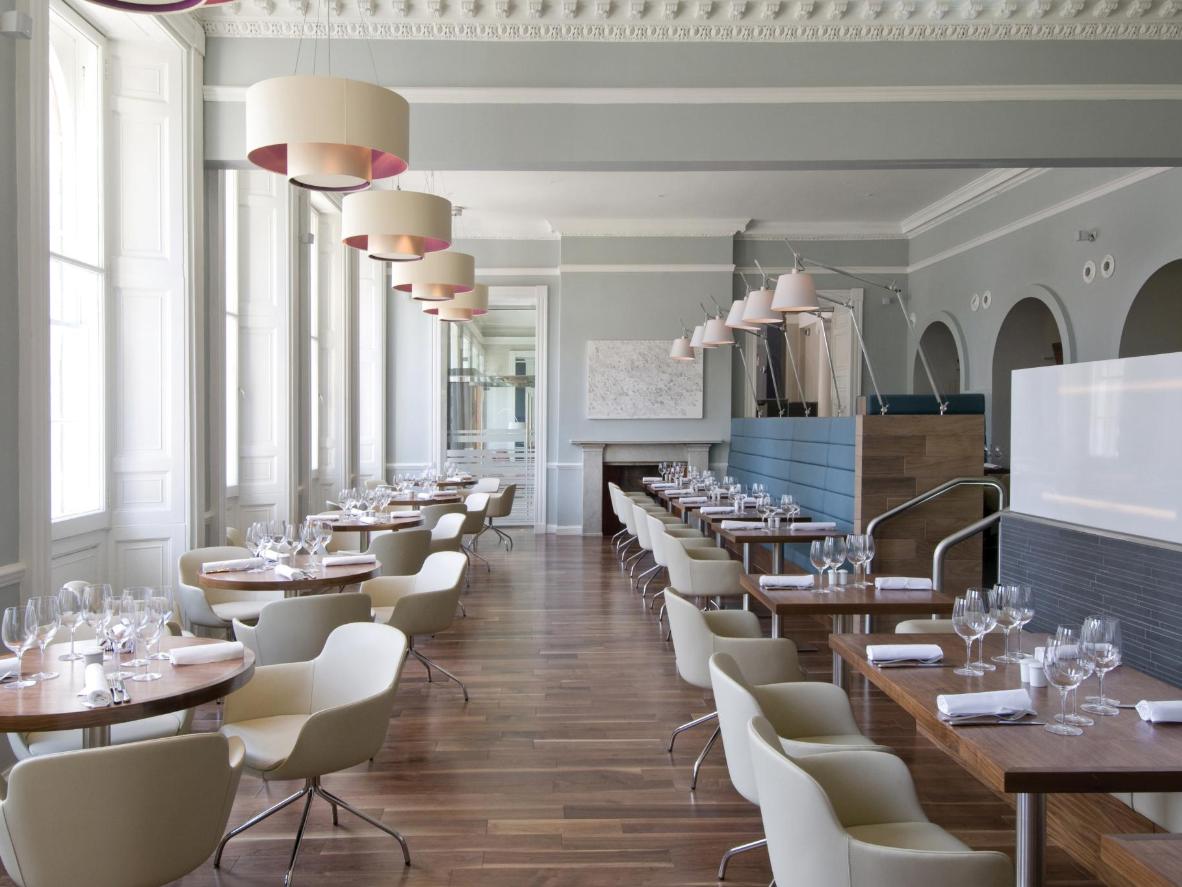 This smart, contemporary hotel is within easy reach of Princes Street’s shopping, while the heights of Calton Hill and the National Monument of Scotland are just a short stroll away. Unwind after a day’s sightseeing in the spa or indoor pool, before you feast on fine Scottish dishes in Elliot’s Restaurant. 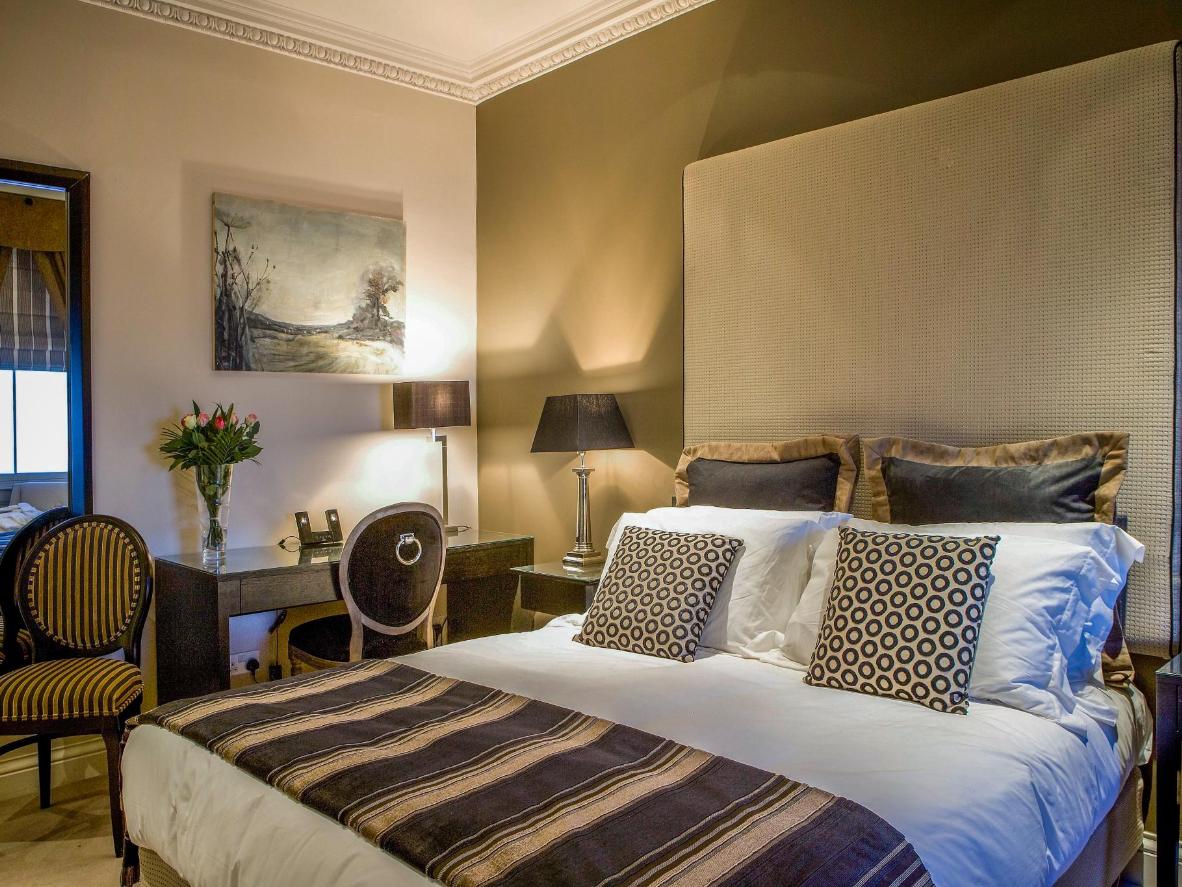 With historic Edinburgh right on its doorstep, this Royal Mile hotel features modern rooms and art-bedecked walls, all behind the doors of a 19th-century building. Guests loved how close Fraser Suites are to the city’s top sights, as well as their luxury touches like designer furnishings and bathrooms with rain-effect showers. 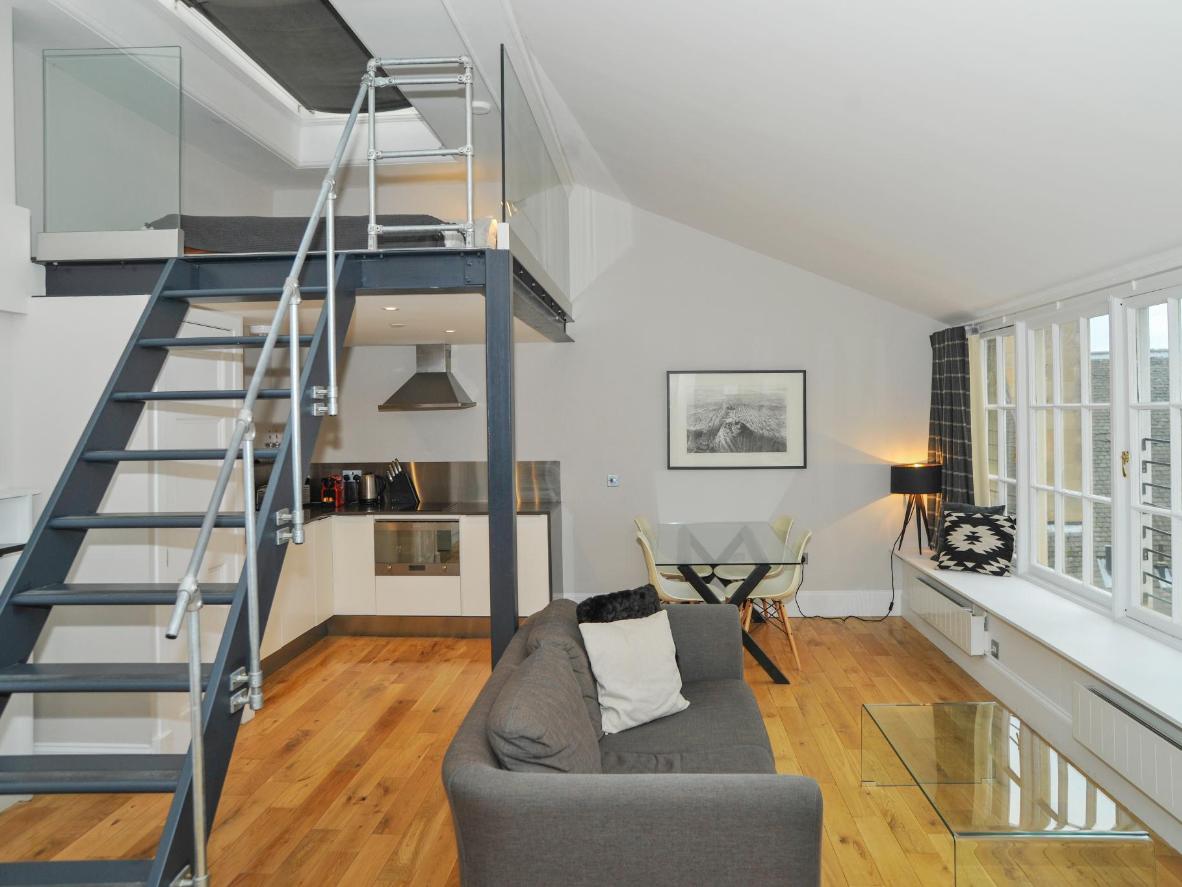 Right on the North Bridge and a couple of minutes’ walk from Waverley Train Station, these studios and apartments are housed in a Grade I-listed building. Booking.com customers liked the city views and the space offered in the chic, thoughtfully finished units.

6 places to volunteer with wildlife

Under ground or up in the air – explore Cappadocia’s dreamscapes from all angles.
May 26, 2017
#rocky-valleys
#scenery
#cappadocia
#goreme
#turkey
Destinations

Top 10 hotels with the best WiFi in Istanbul

How to combine stunning views and lightning-fast WiFi in Turkey’s capital city.
May 17, 2017
#wifi
#technology
#istanbul

Things to do in Edinburgh