Eat your way through Cape Town

Sample these 18 dishes on your next trip to Cape Town and experience the true tastes of South Africa. 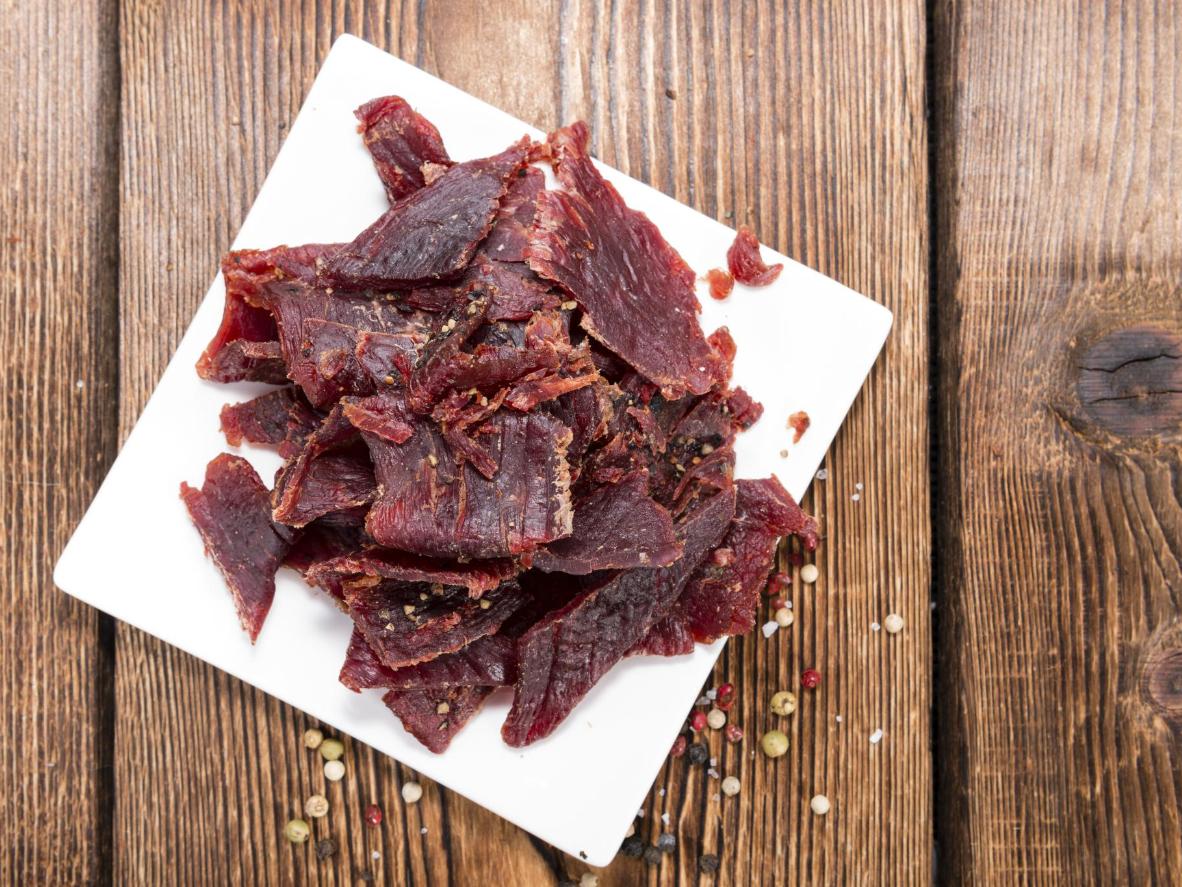 This meaty favourite is most often made with beef silverside but comes in a wide range of varieties including ostrich, kudu, and wildebeest. Thick strips of red meat are generously salted and slathered in vinegar, before being covered in special-recipe spices and left to dry for a savoury protein-rich snack. Often compared to jerky, it’s never smoked and is cut far thicker than its American cousin.

Local tip: Although this is mostly eaten on its own, try tossing it in with your salad – locals love it. 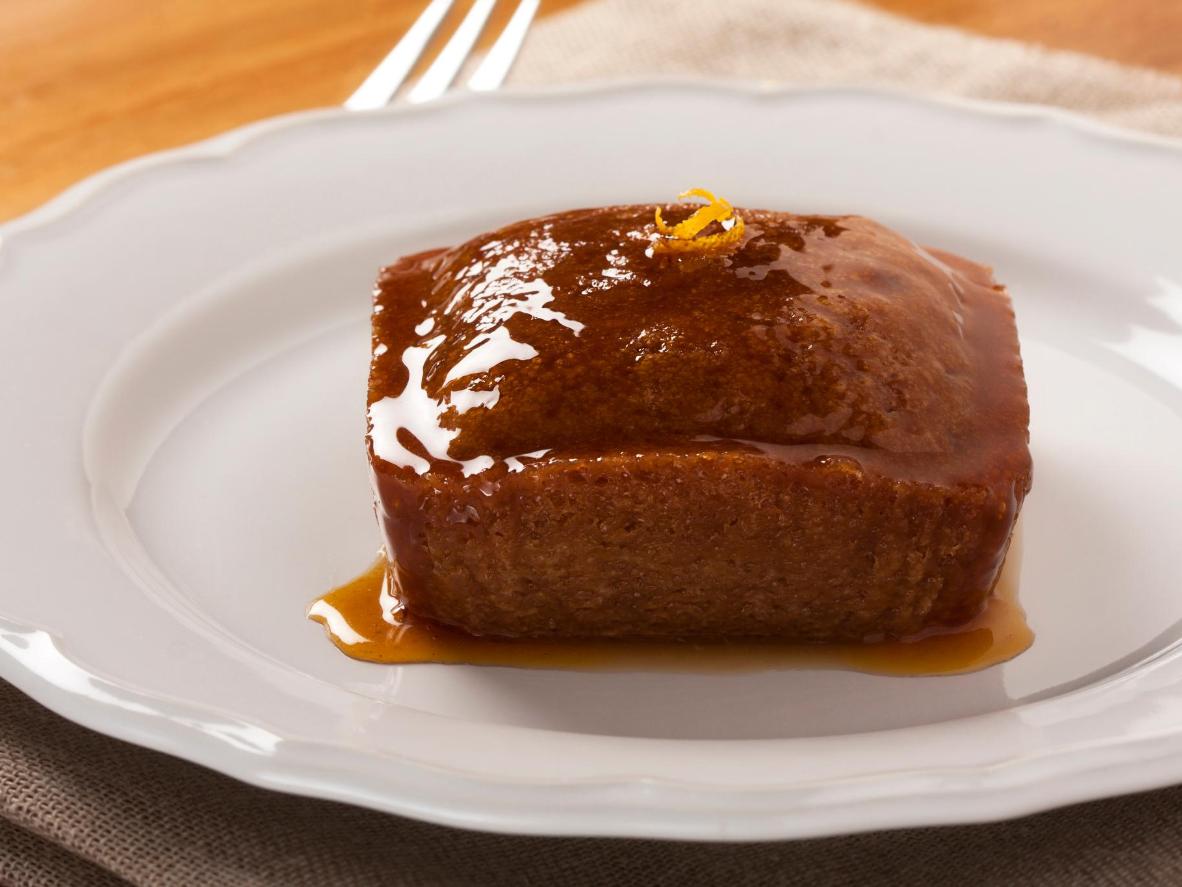 A golden oldie dessert, as made by Grandma

Capetonians crave this nostalgic cake – a traditional Sunday lunch dessert, made from batter whipped together with sweet apricot jam and baked to form a light, fluffy sponge. A deeply comforting pudding, it’s left to soak in a rich vanilla sauce before serving, with the optional addition of custard or cream for those with an extra-sweet tooth. 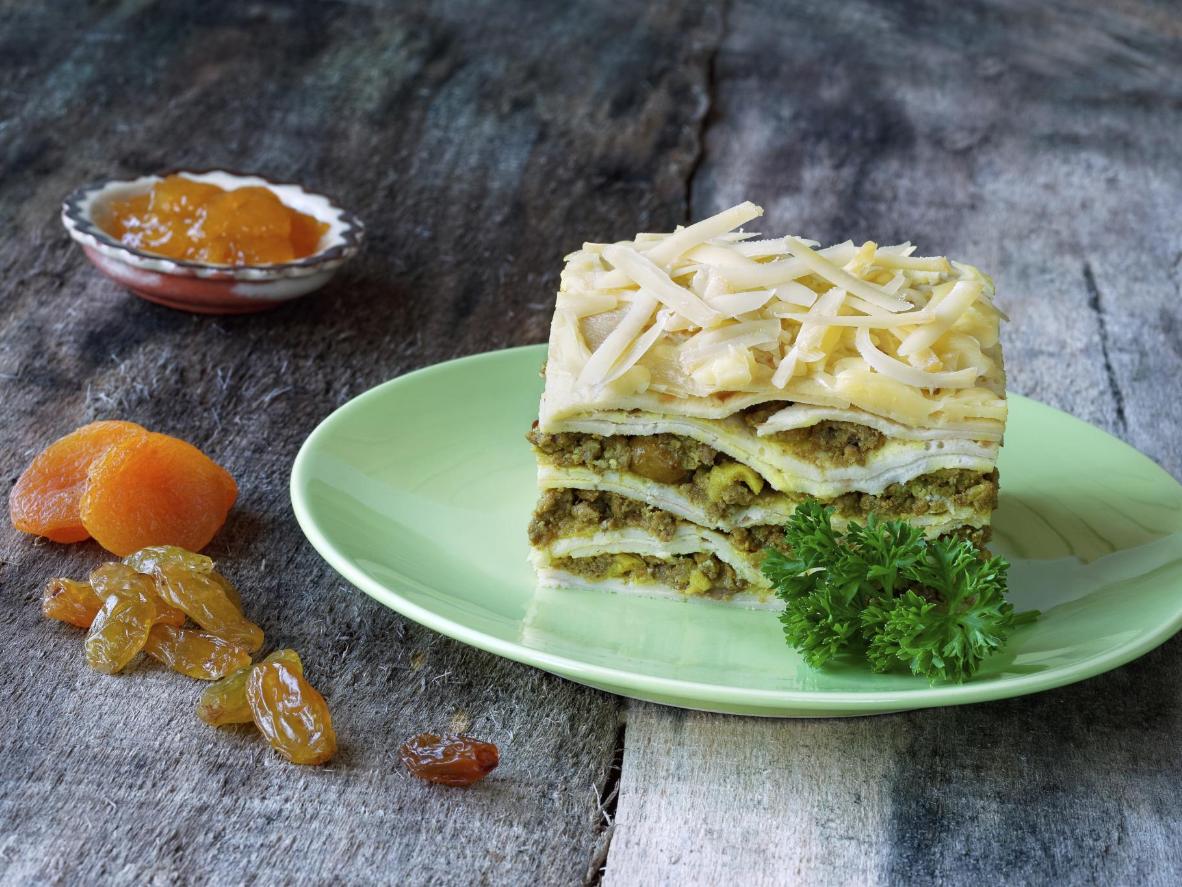 Sugar and spice marry perfectly in a satisfying savoury pie

A curried Cape Malay concoction, minced meat is slow-cooked to tender perfection and layered under a thick, creamy egg-based topping. It’s a riot of rich flavours, with juicy sultanas and apricots contrasting its complex herbs and spices. Served up with a spoonful of chutney, it can also come accompanied by bananas or a portion of vibrant yellow rice. 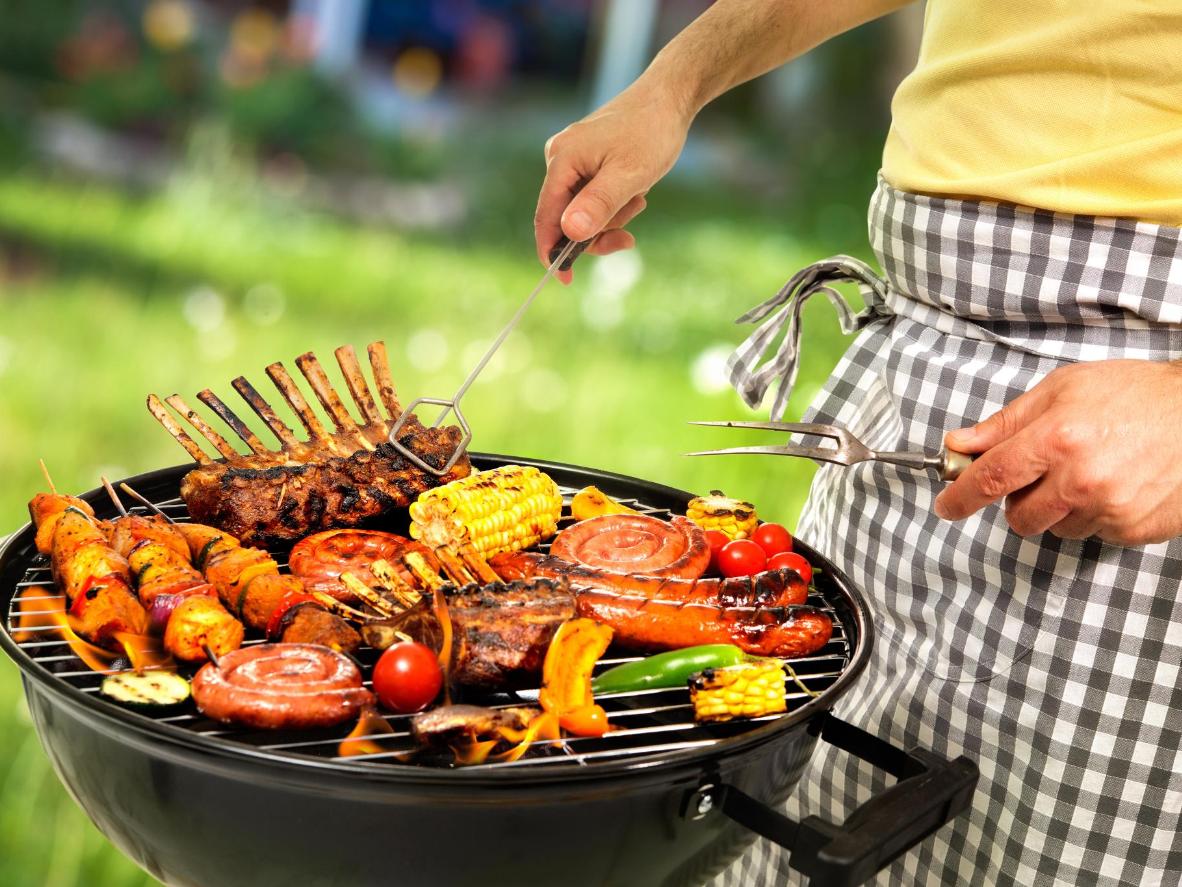 Food, friends and family, all gathered around the grill

A laid-back barbecue is high priority on any South African’s social calendar. Beers flow freely while juicy cuts of meat, burgers and sausages grill over a charcoal or wood flame. A thick corn porridge called ‘pap’ is dished up on the side, along with salad greens and a gooey grilled sandwich full of onion, tomato and cheese.

Local tip: Heritage Day, on the 24th September, is also ‘National Braai Day’ – a chance for South Africans to come together and celebrate their shared culture. 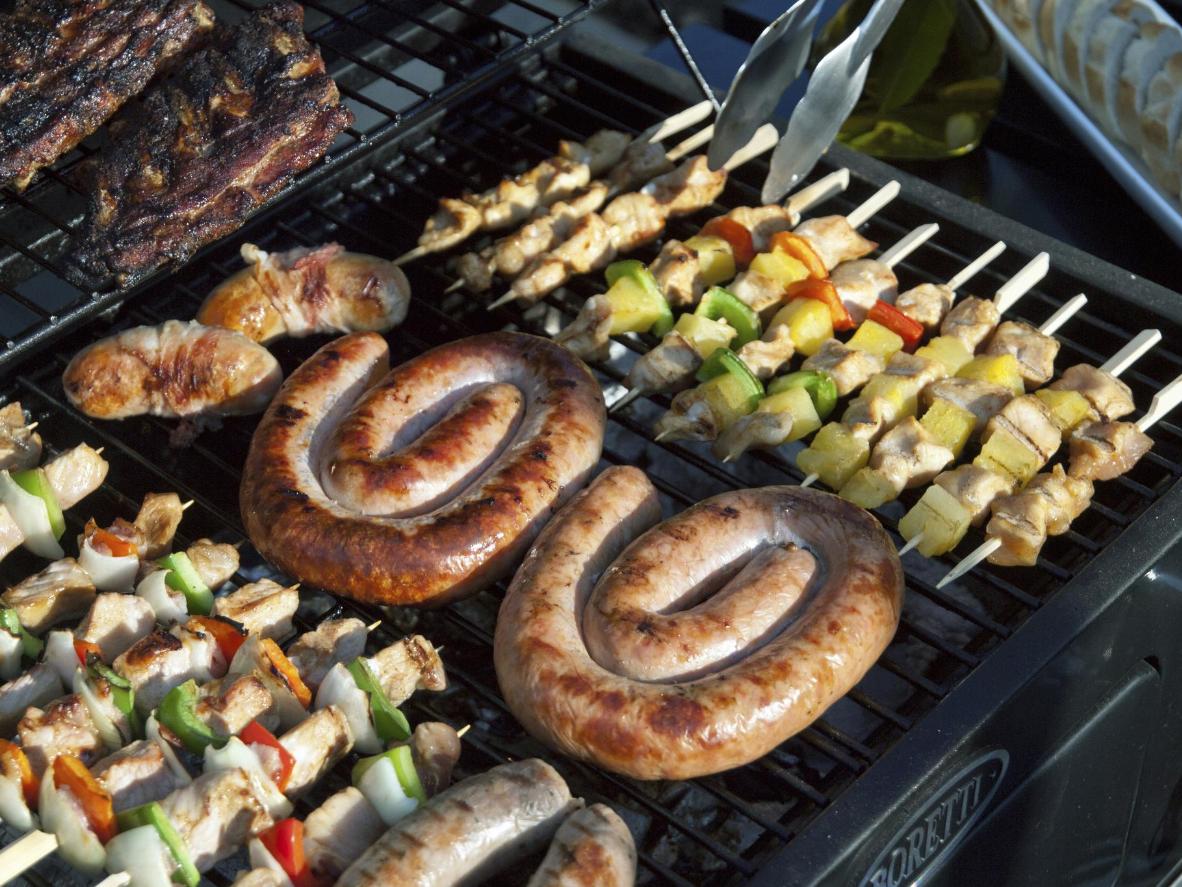 This juicy, spiralling sausage is a popular addition to any barbecue. It’s often accompanied by a portion of porridge called ‘pap’ or cut into pieces and served hot-dog-style, in a tomato, chilli and onion relish. To be considered an official ‘boerewors’ it must contain at least 90% quality meat – usually beef – while the other 10% is made up of a hotly-debated concoction of herbs and spices.

Local tip: With ingredients varying from region to region, and even neighbourhood to neighbourhood, a South African supermarket holds an annual competition to discover the country’s best recipe. 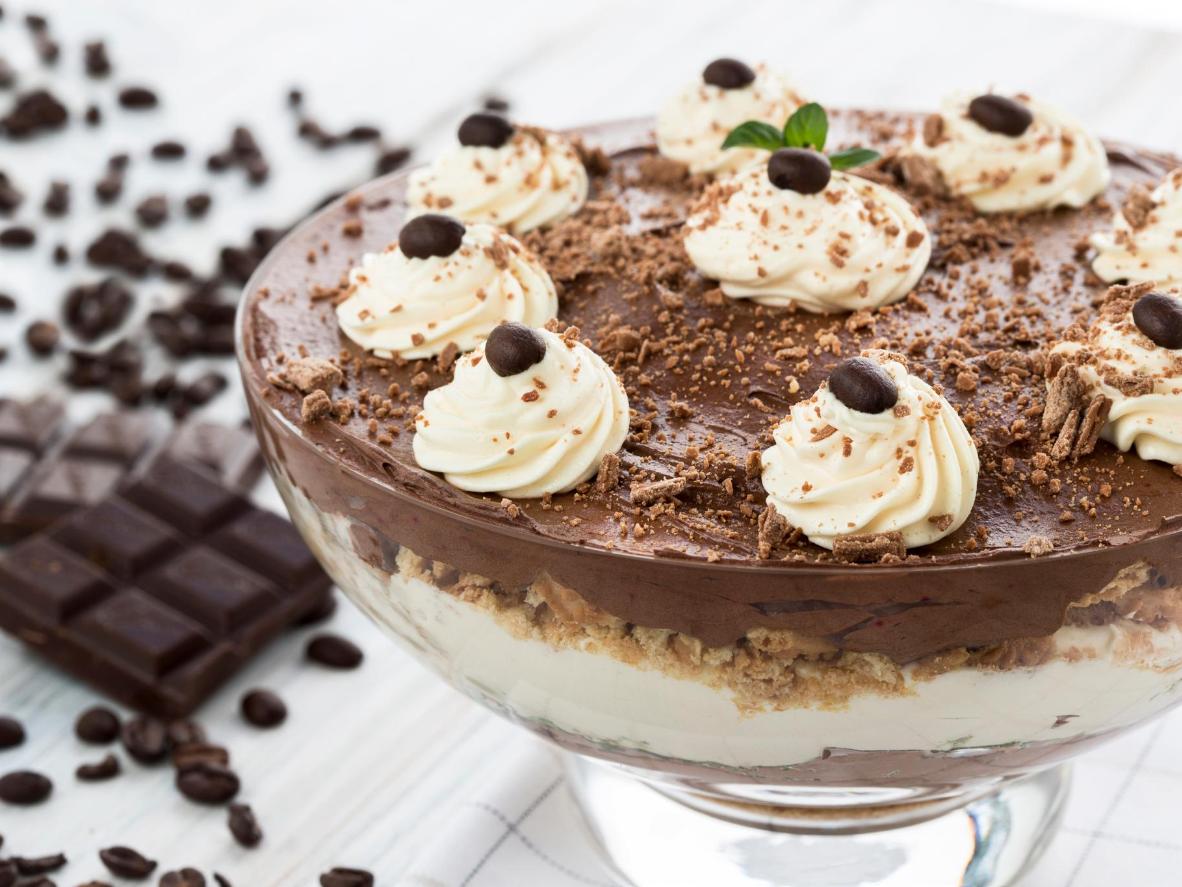 Sweet, creamy indulgence with a hint of mint

Fluffy whipped cream and caramelised condensed milk combine with crunchy coconut biscuits and a popular treat called ‘Peppermint Crisp’ for a luscious, layered dessert. Crumbled into the mix, the minty chocolate bar – unique to South Africa – complements the syrupy sweetness of the cream and the subtle flavour of the biscuit layers. 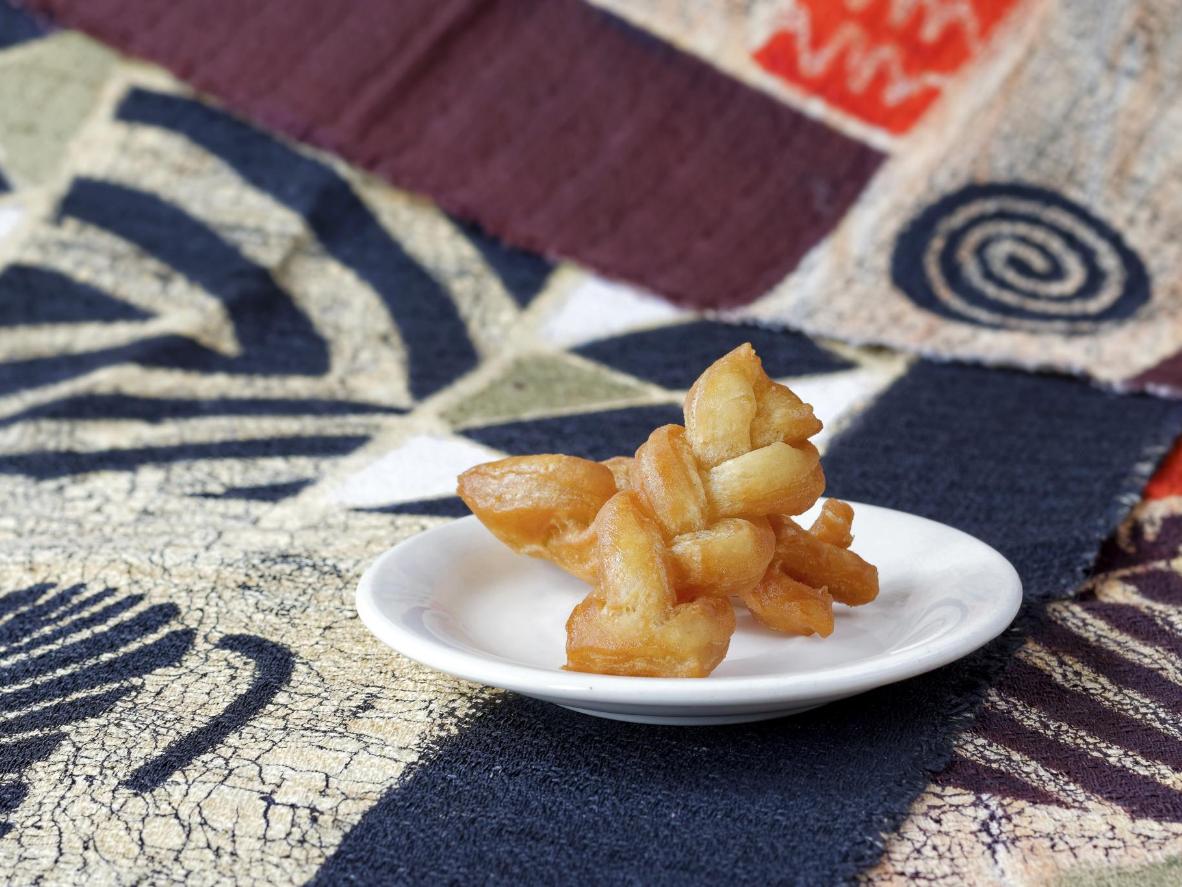 These braided doughnuts are deep-fried in hot oil before being plunged into an ice cold bath of sweet sugar syrup. Sticky and delicious, they taste like honey and make for a moreish, teatime treat. Often homemade, it’s not unusual to see them sold at intersections or cooked up in batch after batch for a charity bake sale.

Local tip: These are easily confused with their Cape Malay relatives, 'Koe'sisters' – scrumptious round dumplings made with cinnamon, cardamom, anise and ginger. Why not try both? 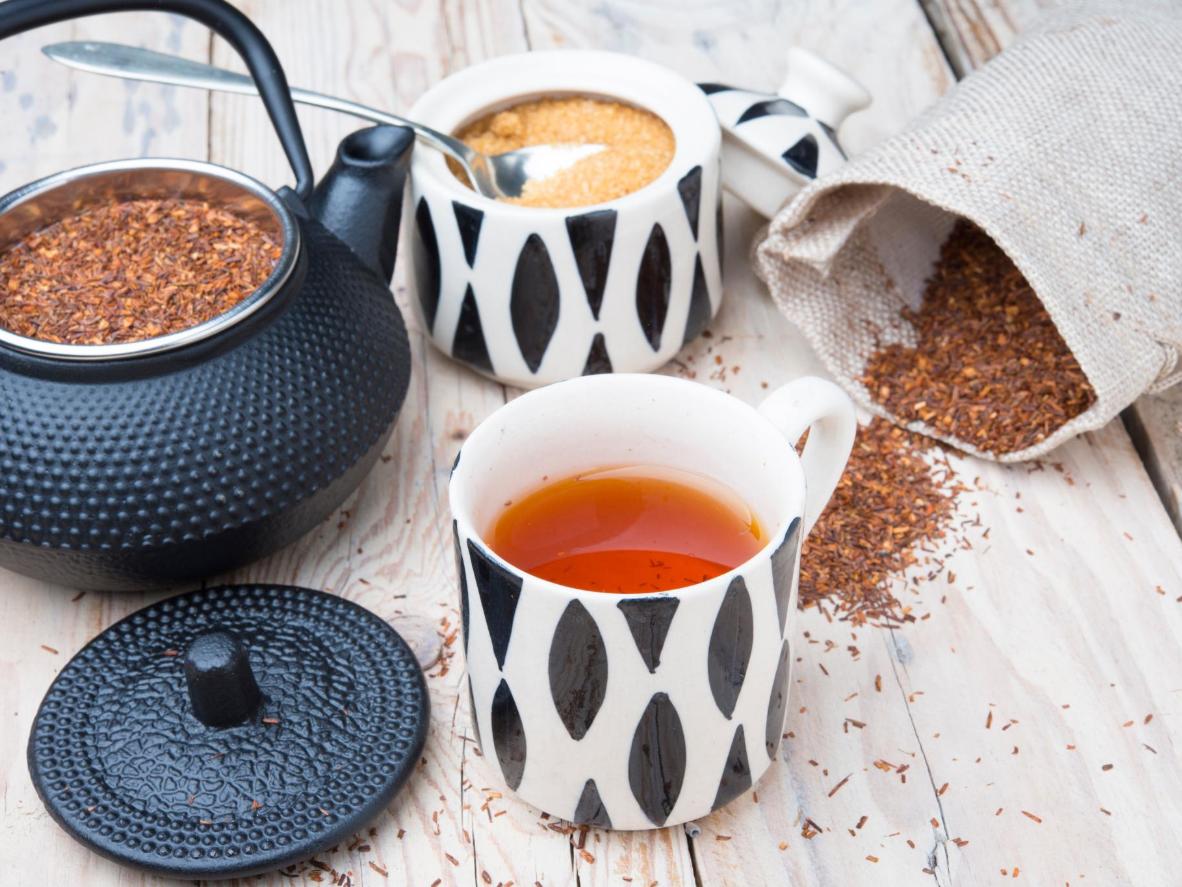 Also called ‘Redbush’, this herbal blend is full-bodied and refreshing, with a subtle nutty flavour. It can be brewed the same way as English Breakfast tea – with a dash of milk and an optional sugar or two – or with a wedge of lemon and a spoonful of sweet honey, making it an excellent caffeine-free substitute.

Local tip: Full of antioxidants and vitamin C, this is a great drink for when you're feeling under the weather. 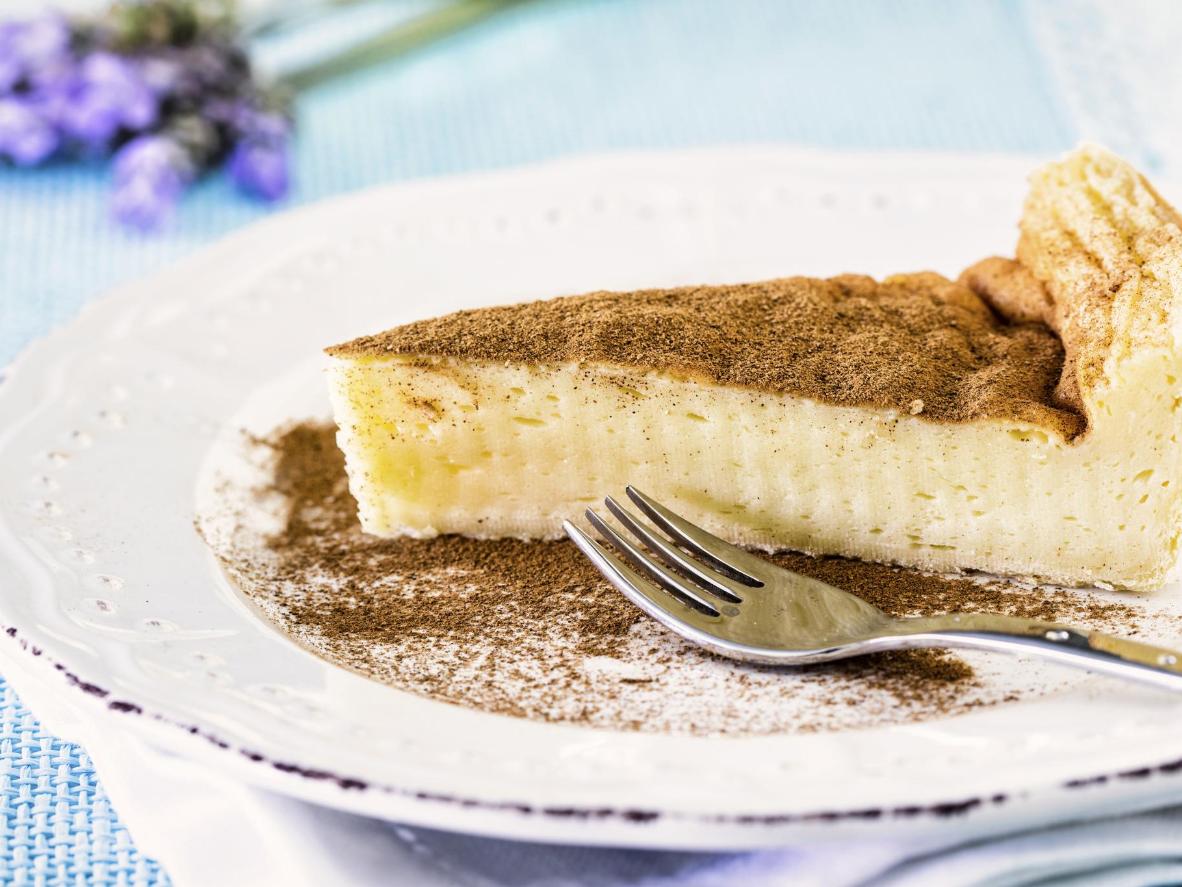 Sweet egg custard encased in a golden crust. Milky to the taste with a hint of vanilla, this delicious dessert has the silky texture of pastry cream. Dusted with a layer of cinnamon sugar and served up in a thick wedge, it can be perfectly paired with a hot cup of tea or coffee. 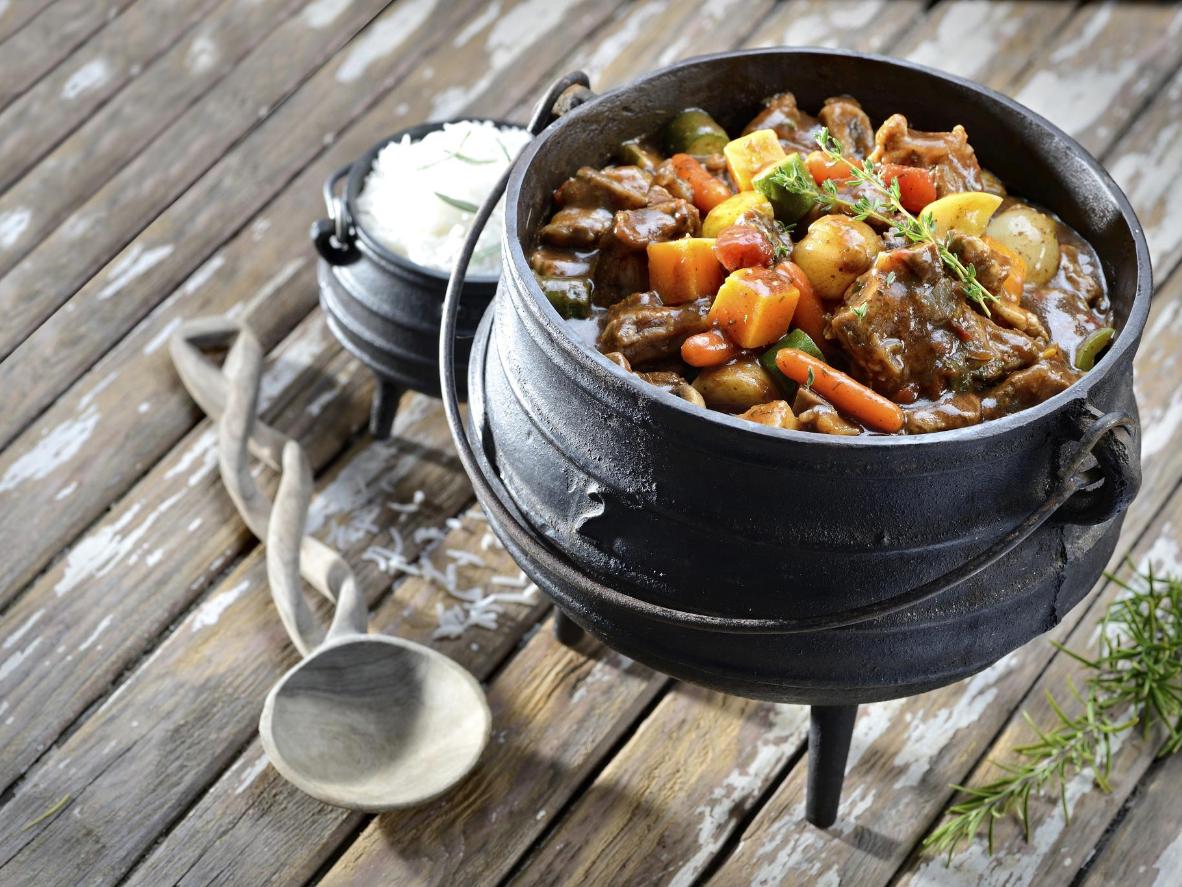 A one-pot stew cooked up in good company

Meat and vegetables are thrown together in a small cookpot with a dash of spice, a glug of beer or wine, and very little – if any – other liquid. Cooked up over an open fire, stirring is highly frowned upon, as the idea is to keep each ingredient as separate as possible – making for a dish with layers and layers of vibrant flavour.

Local tip: South Africans see this dish as a great excuse for a social occasion, gathering friends and family around the flames as it cooks. 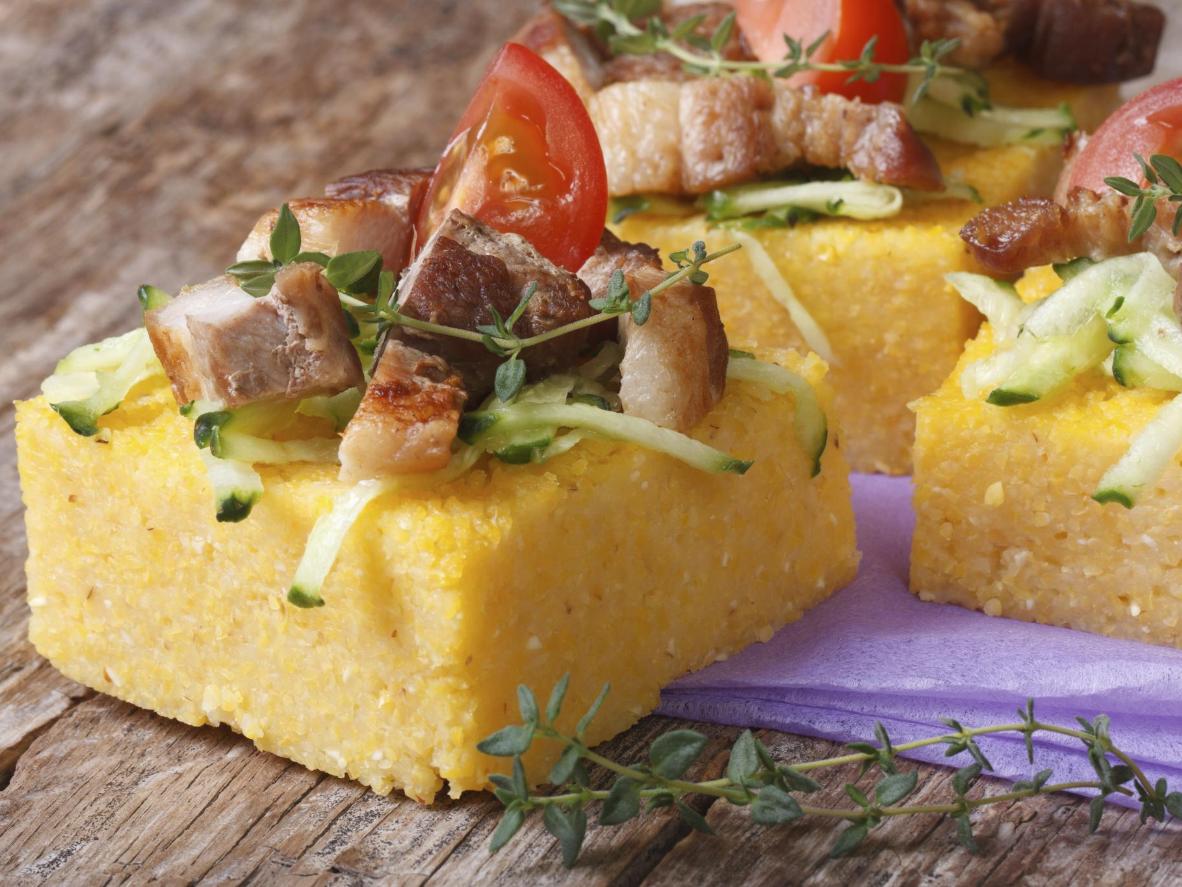 An inexpensive staple that makes the ultimate side

A porridge made from ground maize, this dish can be compared to polenta or the American dish ‘grits’. In South Africa, it comes in three varieties: smooth, thick and stiff, and dry and crumbly – depending on the dish it’s designed to accompany. Costing very little to make, it’s often served up with sausage and savoury tomato and onion sauce at a traditional South African barbecue called a ‘braai’.

Local tip: Locals also like to mix this with milk, butter and sugar to make a filling breakfast meal. 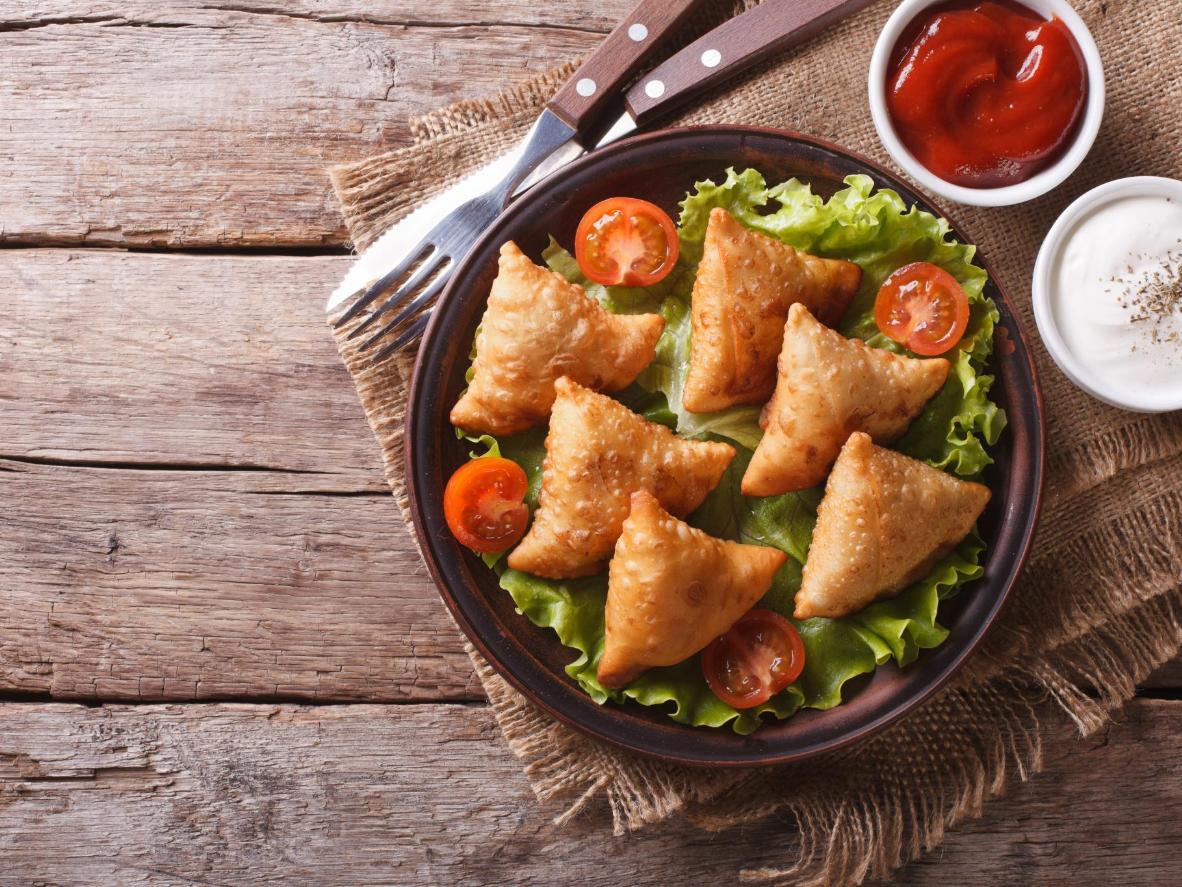 A Cape Malay recipe – curried mince, peas, onions and carrots are seasoned with spices, and tucked into neat pastry triangles. Vegetarian versions can also be created by swapping the meat for chunks of soft potato. Packing a kick of heat, they’re often served up with a sweet chutney or chilli sauce for a delicious deep fried snack.

Local tip: These are finger-food, so no need for a knife and fork. Just pick one up and tuck in.Local tip: 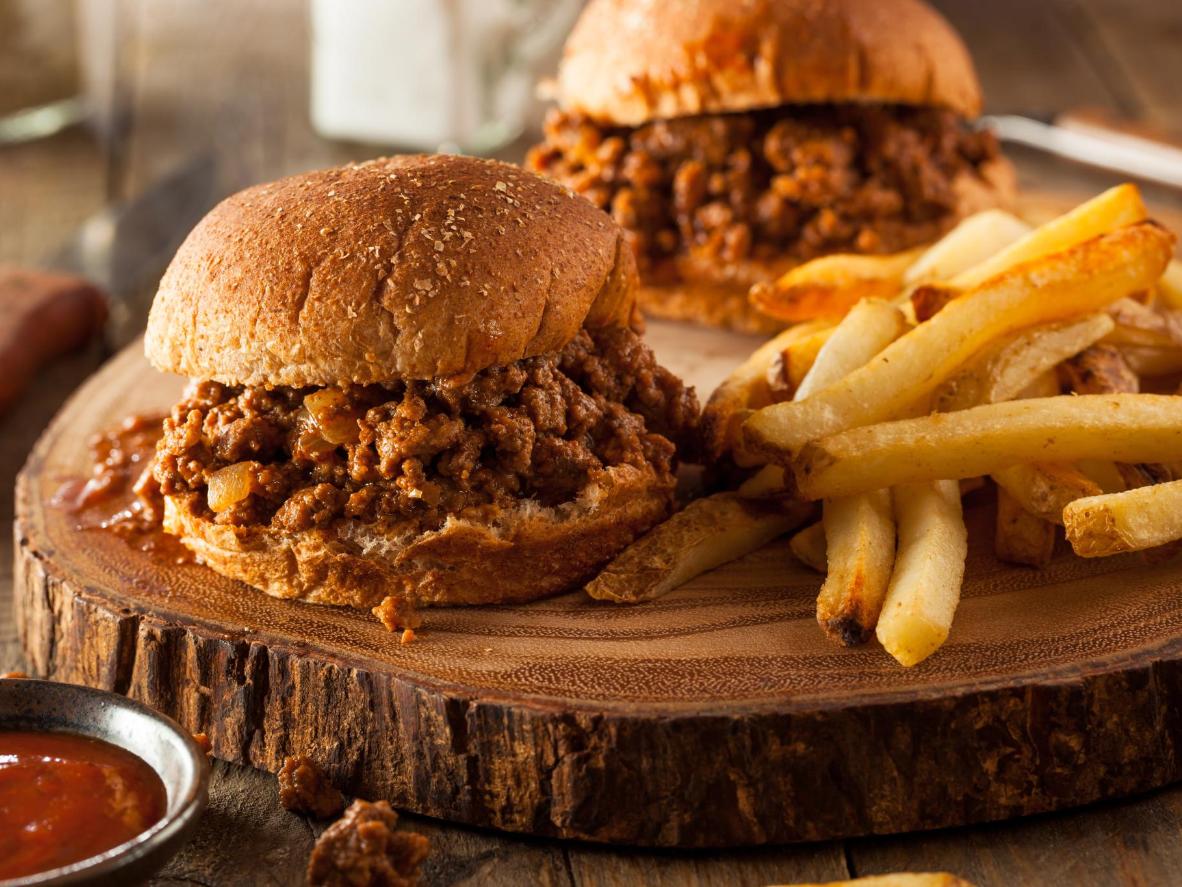 Stuffed sandwiches that bridge the gap between bread and doughnut

Deep-fried balls of dough are cut open and stuffed with spicy ground beef or smothered in sweet jam, sticky honey or syrup. Quite literally called ‘fat cakes’, they provide the perfect comfort food hit. Similar to doughnuts but without their sweetness, they’re traditionally served up with sausage at barbecues and sold on the street or in family-run restaurants all around South Africa.

Local tip: If you're looking to indulge, head to any Cape Malay café and you're guaranteed to find these on the menu. 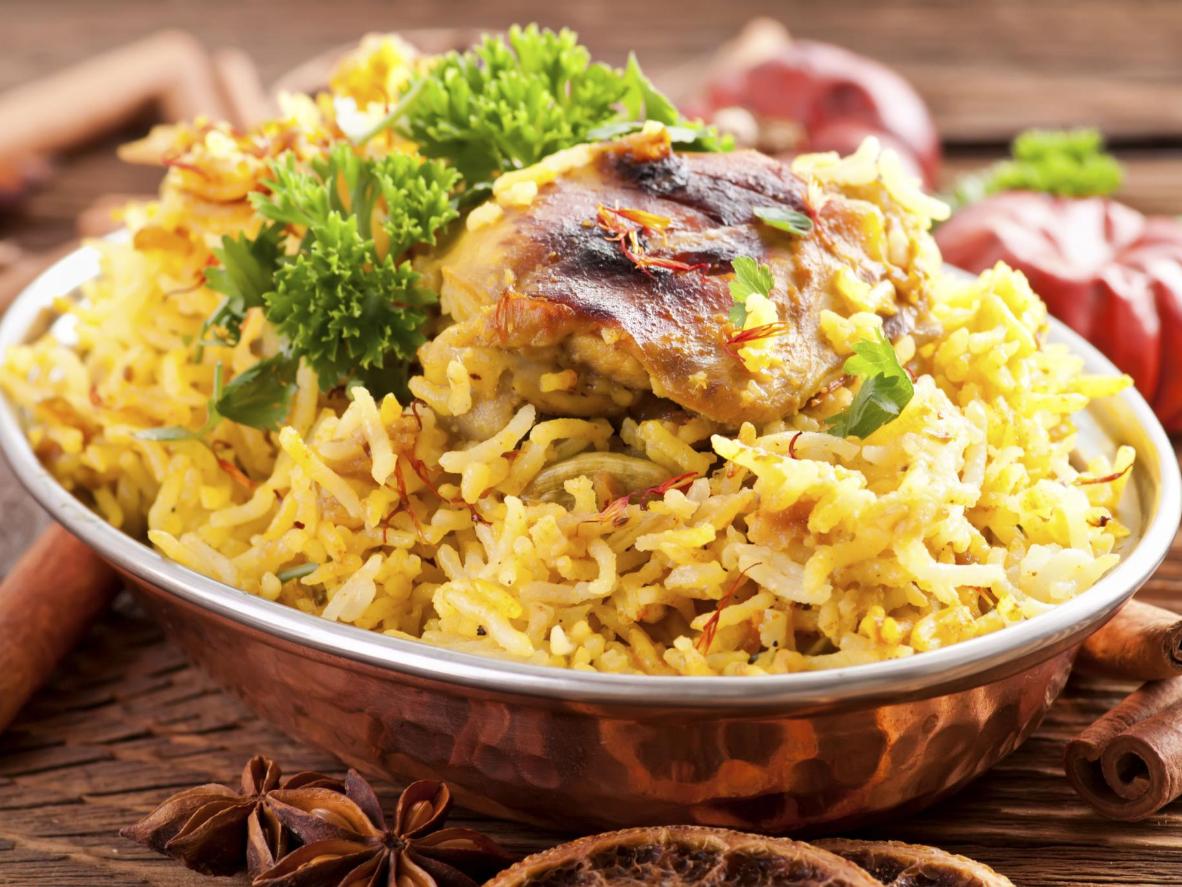 This one-pot rice dish offers up a festival of rich, warming flavours. Chicken is rubbed with fragrant herbs and spices like cumin, coriander, garlic and chilli, and left to marinade in thick creamy yoghurt before being thrown into the mix. A Cape Malay recipe, it’s traditionally served up at weddings and celebrations but also makes a regular appearance on the daily dinner table. 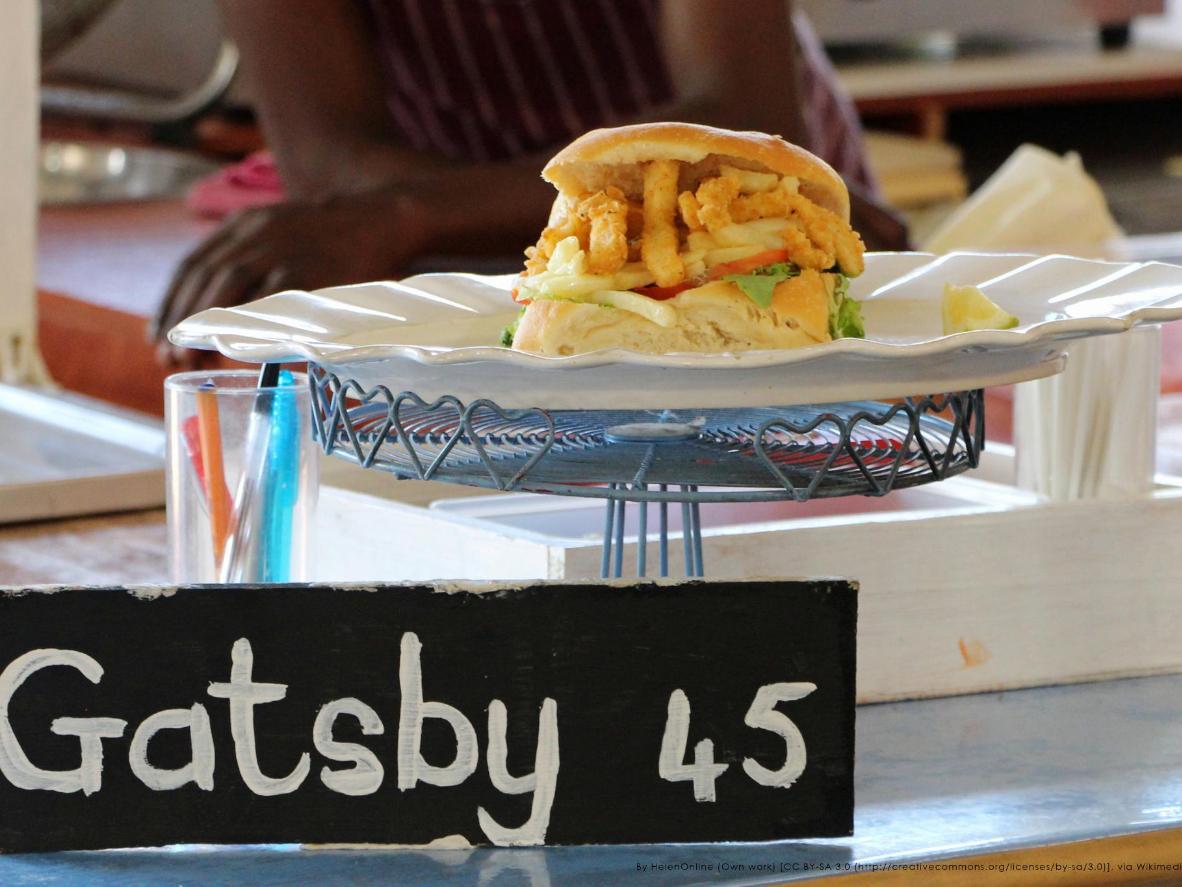 An infamous sandwich with the name to match

A foot-long sub, overflowing with chips and delicious meat or fish and smothered in spicy sauce or achar pickle. Accidentally invented by a fish and chip shop owner who needed to feed his workers, it’s now custom for it to be cut it into four and shared between friends. Its familiar-sounding title comes from the Robert Redford film, which was on cinema screens at the time of its creation.

Local tip: You can still find this delicious sub at its birthplace, Super Fisheries, on the Cape Flats east of the city centre. 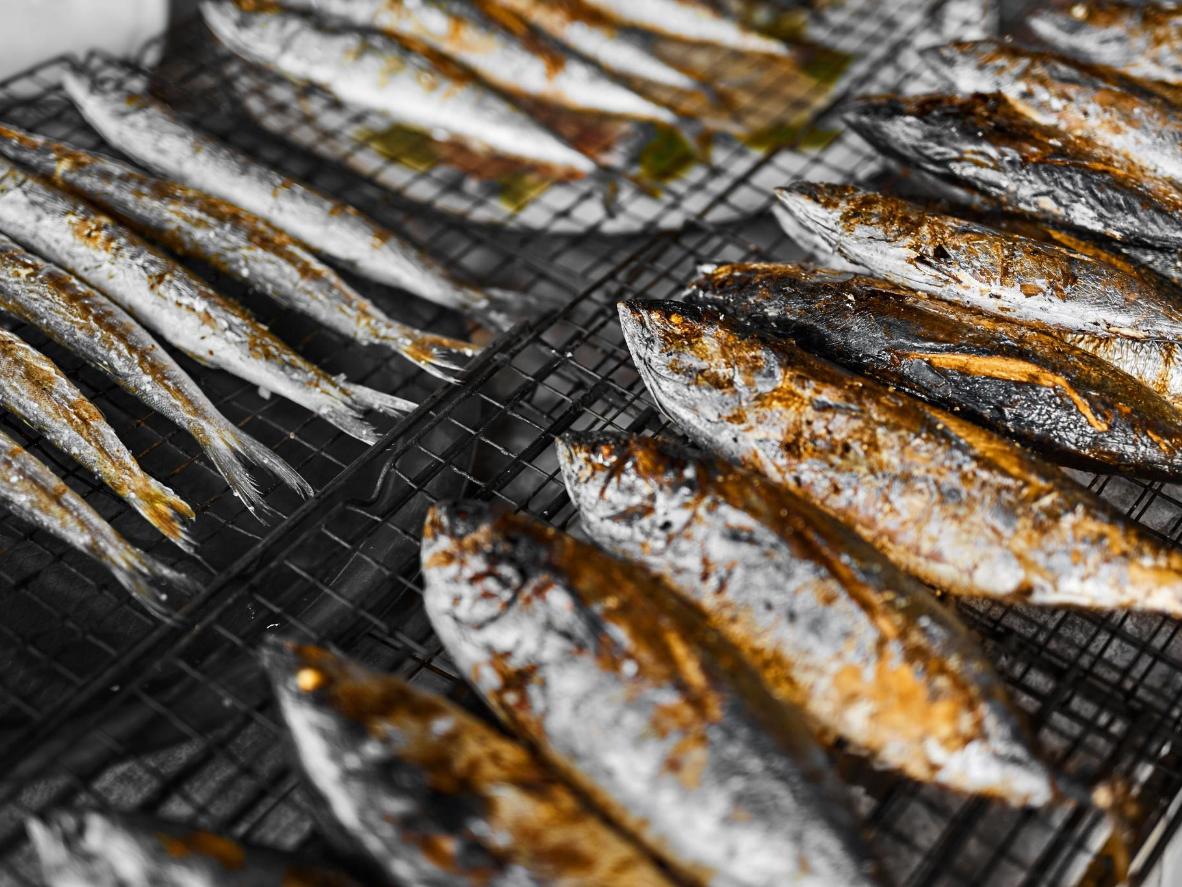 A plentiful fish that’s filling enough for friends and family

This large silver fish is seasoned with salt, pepper and sour lemon, smothered in sweet apricot jam and thrown onto a sizzling barbecue. Straight from the coastal waters around the Western Cape, it’s easily picked up at local harbours, supermarkets, and even by the roadside. Fresh, smoked, or dried for a jerky-like snack – a whole fish can easily feed five or six people. 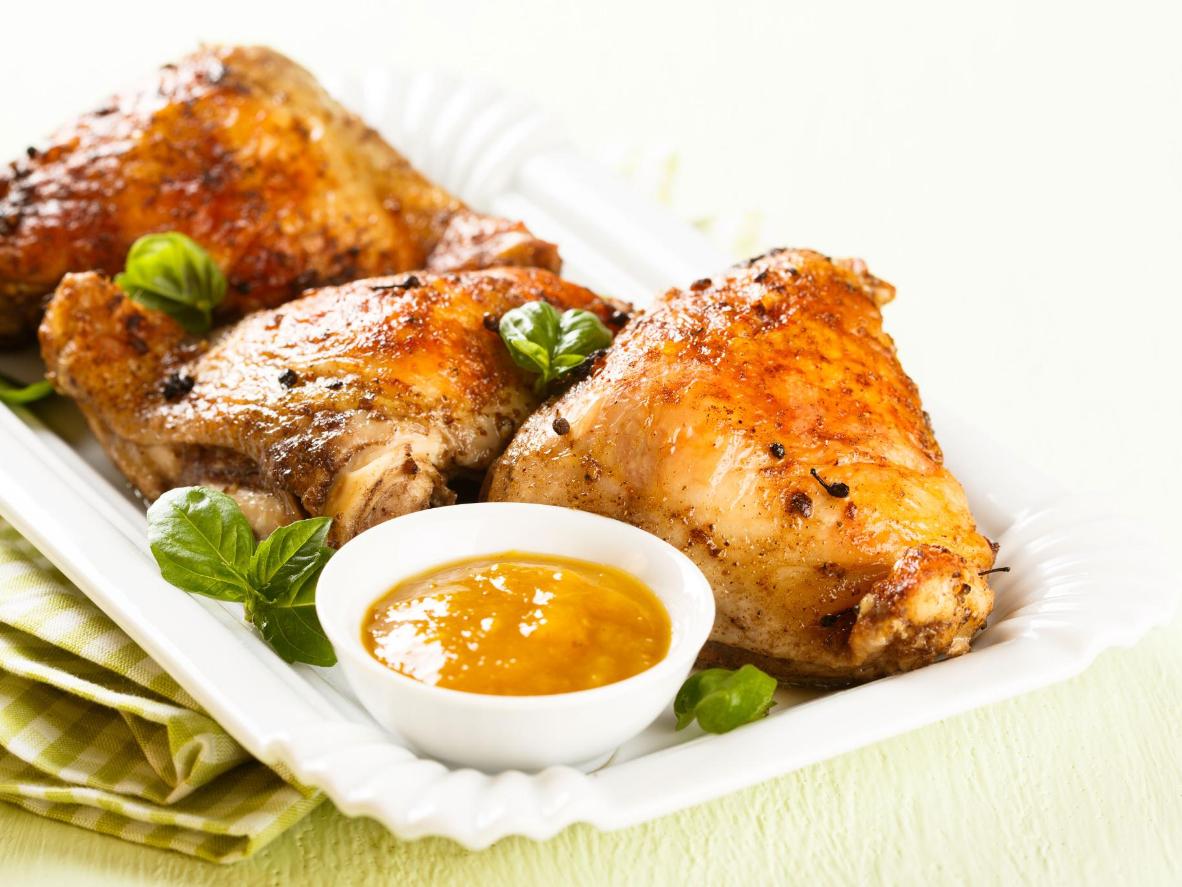 Capetonians will tell you that this sweet-and-spicy sauce goes with everything – and some even take it along when they travel. Dried fruits, such as peaches and apricots, are pickled, preserved, bottled and jarred for a wonderful variety of sauces ranging from mild to extra hot. It’s most often served up with meat or traditional meals like barbecue and stew.

Local tip: You might also hear this lovingly referred to as 'Mrs Ball's', which is the name of a popular brand. 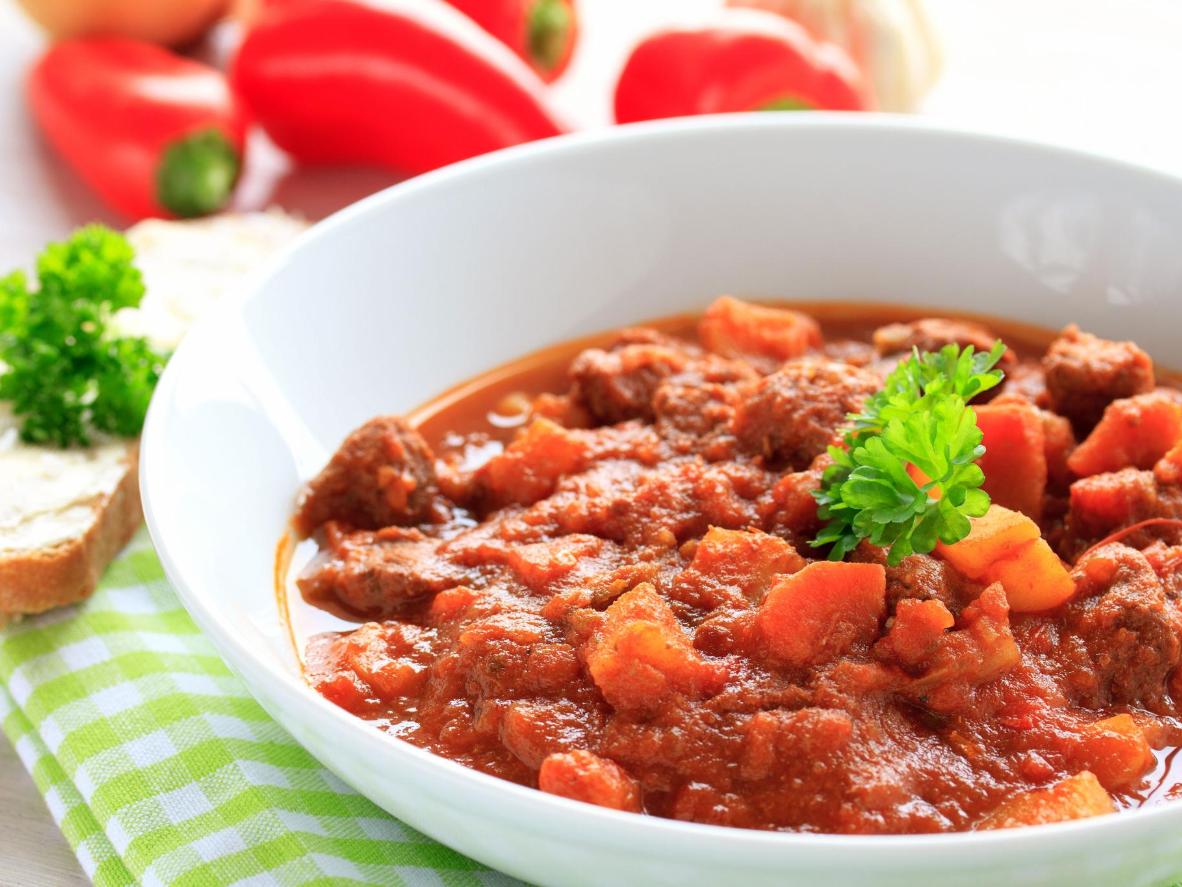 Simmered for hours to achieve sumptuous slow-cooked perfection, this Cape Malay dish is rich and full-bodied in flavour. Tender mutton falls apart amongst a thick tomato and vegetable gravy, seasoned with a fragrant concoction of ginger, cinnamon, cardamom and cloves, while chilli provides a kick of heat. It’s served up over a bed of steaming hot rice, and is tastiest one or two days after cooking.

Local tip: Try this for an immediate pick-me-up on a day when the weather is chilly and grey.

The vegetarian guide to the USA

According to our travellers, these are the best USA cities for vegetarian food.
Jul 19, 2019
#united-states
#portland
#oregon
#vegetarian-food
#vegan-food
Eat & Drink

Where to go for Brazilian-Japanese fusion food

Enjoy some après-ski and curl up by the fire at one of these very romantic skiing spots.
Oct 29, 2018
#downhill-skiing
#romantic-vacations
#romantic-escapes
#austria
#austrian-alps
Destinations

A seasonal guide to London

The top 5 destinations for chocolate

Most popular cities in South Africa

Things to do in Cape Town