The best family-friendly beaches in the UK

A trip to the beach in the UK can be quite hit and miss, particularly if you’re taking the whole family. To save you any disappointment, we’ve found the best family-friendly beaches in the country, according to global travellers.

Offering everything from donkey rides and arcades to surfing schools and safe waters, these are the best seaside destinations to keep each generation happy. 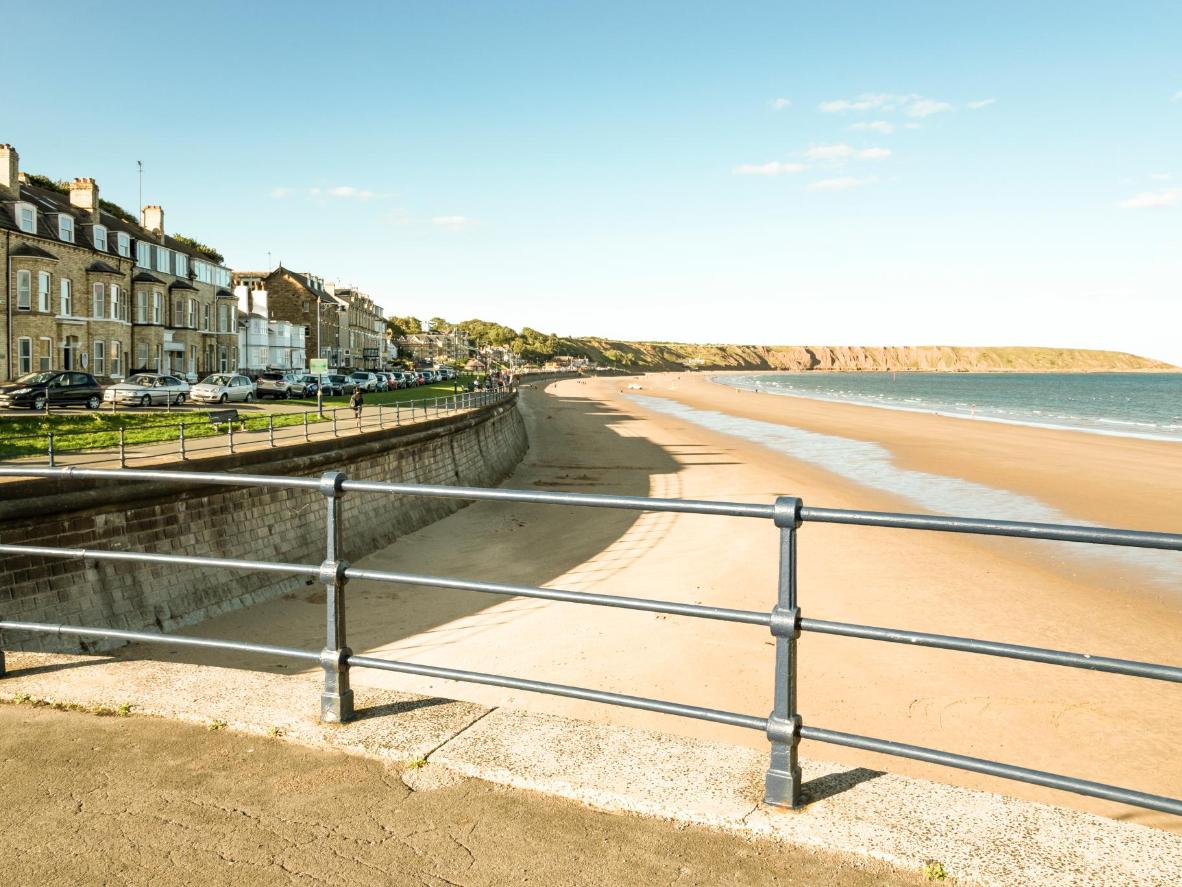 Filey Beach, winner of the Sunday Times’ title of Beach of the Year for 2018

Filey Beach’s curve of dappled, golden sand runs for five miles along the North Yorkshire coast – guaranteeing enough space that it never feels crowded, no matter how busy it gets. It won the Sunday Times’ title of Beach of the Year for 2018, which is quite a feat considering the competition in counties like Cornwall and Devon. Walk along the Edwardian promenade lined by painted beach huts for a heady dose of seaside nostalgia, trying some of the town’s renowned fish and chips before heading back to the beach to fly kites and build sandcastles. There are also rock pools to explore along Filey Brigg (a peninsula and nature reserve at the north end of the beach), pony rides along the sand, and a paddling pool on the seafront for small children. Wake up to a full English breakfast at the seaside Athol House, within walking distance of the beach. 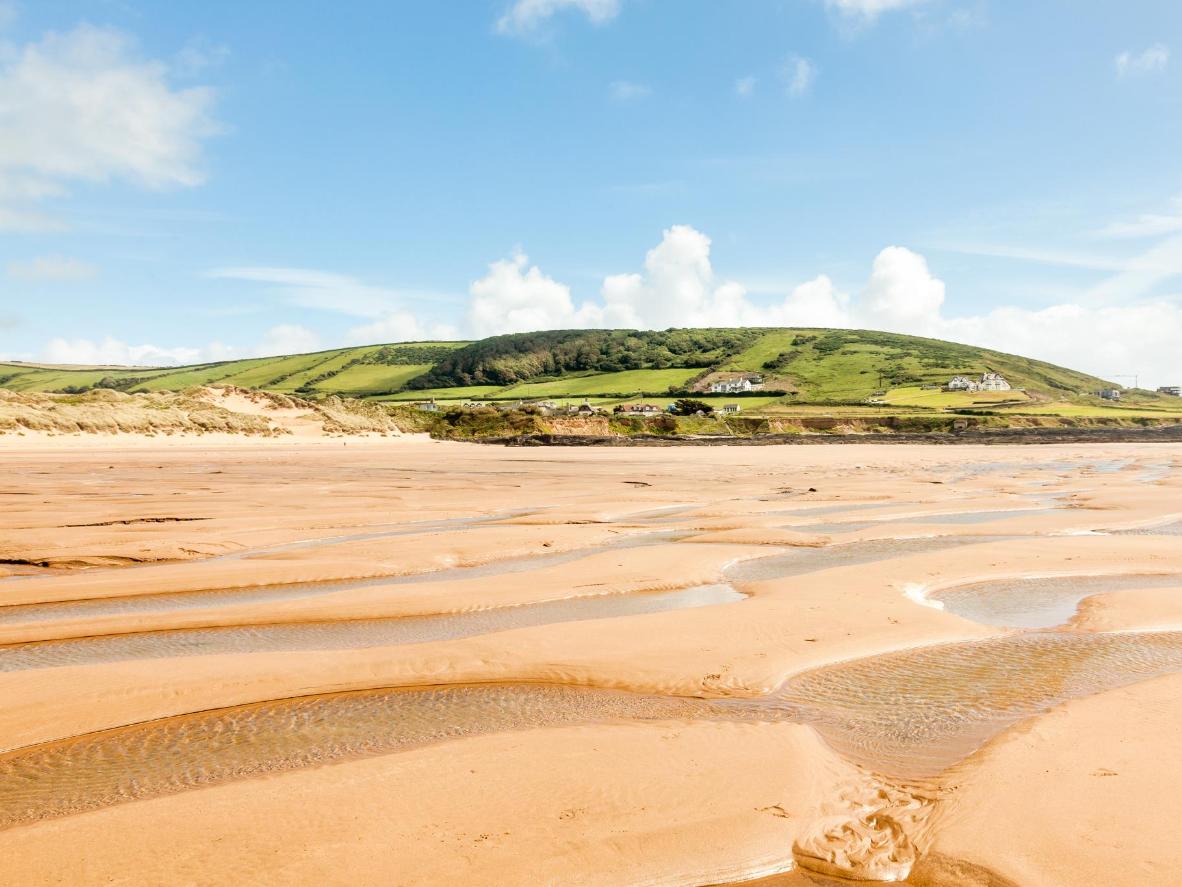 This small bay on the north coast of Devon is a hit with families, surfers and nature-lovers alike. Its rural setting is infinitely pretty – a wide expanse of honey-coloured sand sheltered by rolling farmland and grassy headlands, and backed by thickets of golden sand dunes that ripple in the breeze. The beach also lays claim to some of the best surf on the north Devon coast, and has a seasonal lifeguard service, including Easter weekend and the October Half Term holidays. If you visit in summer, make use of the public volleyball nets, the canoe hire, the surf school, cafés and – of course – the resident ice cream van. Check into Combas Farm, a wisteria-covered country cottage-turned-B&B in the village of Croyde. 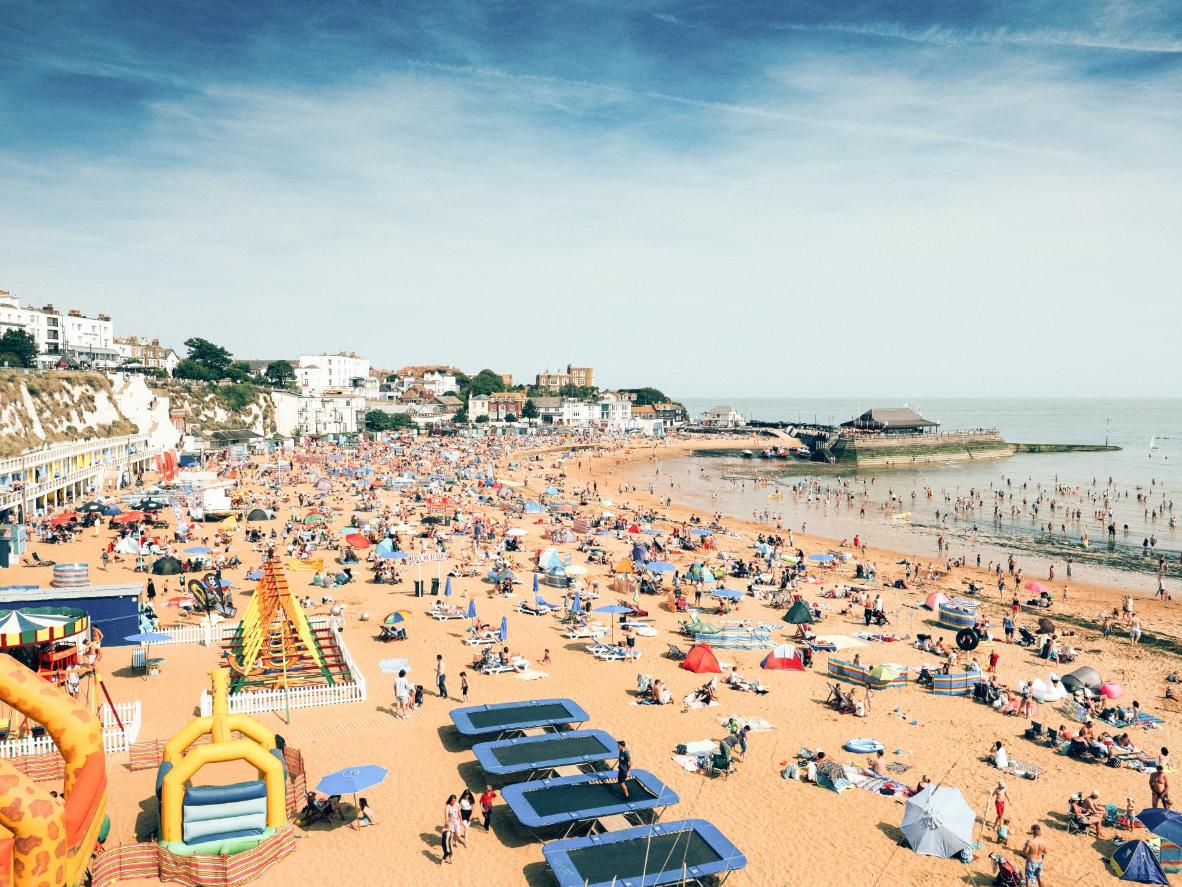 Broadstairs is an unspoiled British coastal delight. Located on the Isle of Thamet between the more well-known resorts of Margate and Ramsgate, its horseshoe-shaped Viking Bay is as picture-perfect as they come, with beach huts standing in front of white chalk cliffs that are topped with Regency architecture. Charles Dickens holidayed in the town regularly, penning David Copperfield in a clifftop mansion known as Bleak House. And The Thirty-Nine Steps by John Buchan took its name from a smugglers’ staircase that’s carved into the rocks here – though don’t be disappointed by the fact that there actually aren’t 39 of them, the author’s daughter had only just learned to count when she announced the proposed title to her father. Head to the High Street to find red brick and flint-fronted buildings, housing old-fashioned sweet shops, galleries and pubs, before visiting Victoria Parade and Morelli’s ice cream parlour, a family-run local favourite since it was founded in 1932. Stay in a suite with exposed brick walls and antique furnishings, all just a stone’s throw from the beach, at boutique seaside hotel, Rooms at number one. 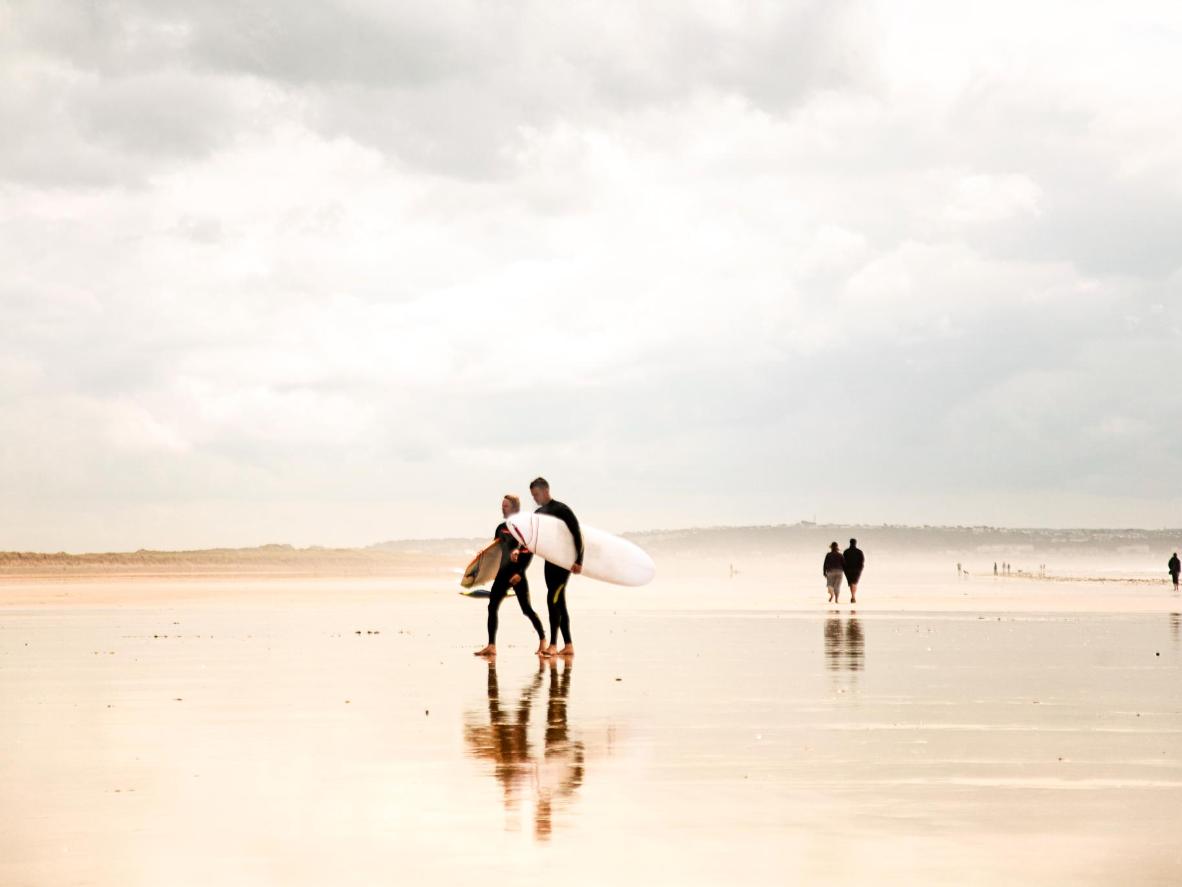 Westward Ho! is the only place in the UK to have an exclamation mark in its name

Introducing Westward Ho!, the only place in the UK to have an exclamation mark in its name. The town was named after an 1855 novel by Devon native, Charles Kingsley, in an attempt to promote it as a seaside resort. These days, there’s a lack of historic, pretty buildings along the seafront but the beach more than makes up for it; a two-mile stretch of broad, gently-sloping, immaculate sands, it’s been consistently awarded Blue Flag status and is popular with surfers. Buy a vanilla cone from family-run Hocking’s ice cream van, then walk along the beach’s pebble ridge to the Northam Burrows Country Park, where salt marshes, dunes and plains are home to rare wildlife including migratory birds. Stay just a 5-minute walk from the beach at the highly rated Mayfield House B&B. 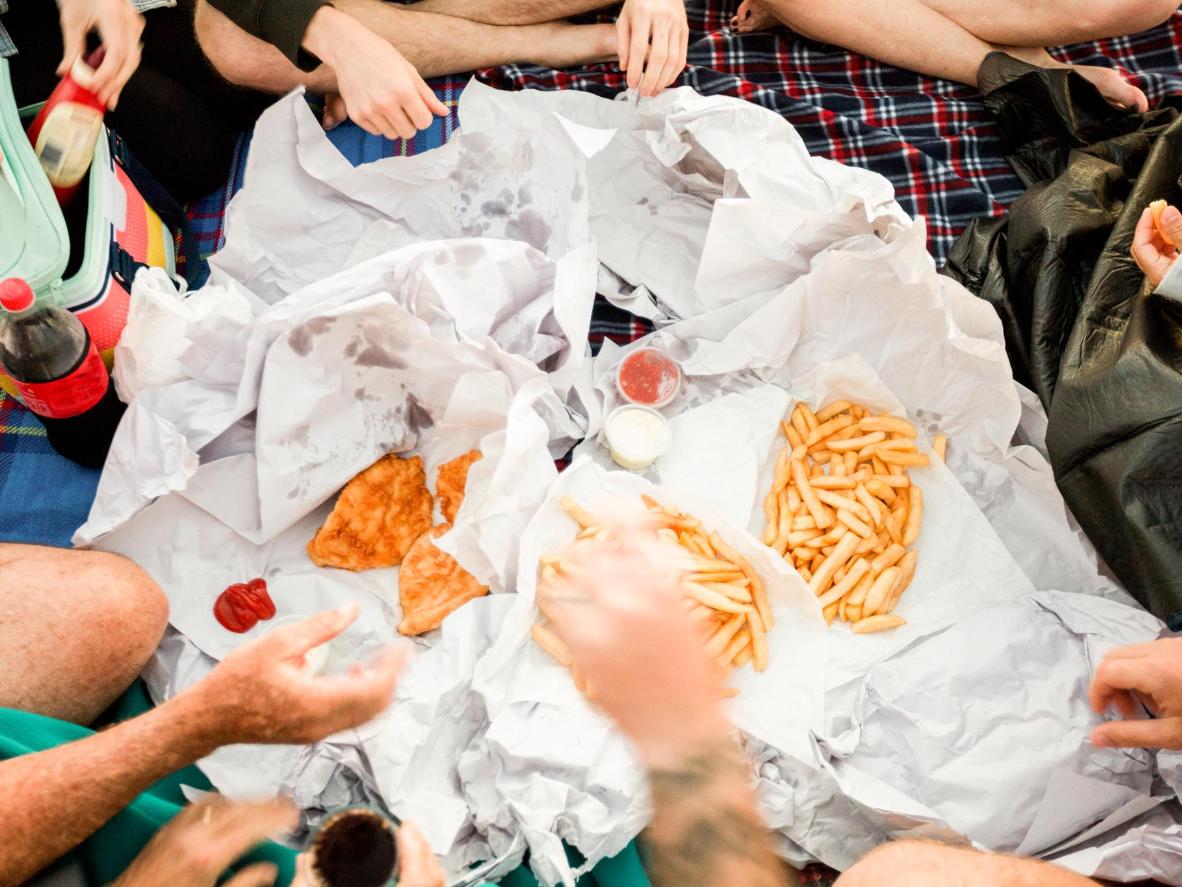 A visit to Barry Island – made famous as the setting of hit TV show, Gavin & Stacey – is the quintessential British seaside experience. The promenade features beach huts painted in primary colours, with fish and chip shops, cafés and amusement arcades overflowing with candy floss and sticks of striped, minty rock. And just below, Barry Beach forms a flat crescent of sand strewn with striped deckchairs that stretches between two limestone headlands, providing plenty of sheltered space and the chance to clamber over the rock pools at either end. Check into Gail's Guest House, a 10-minute walk from Barry Beach. 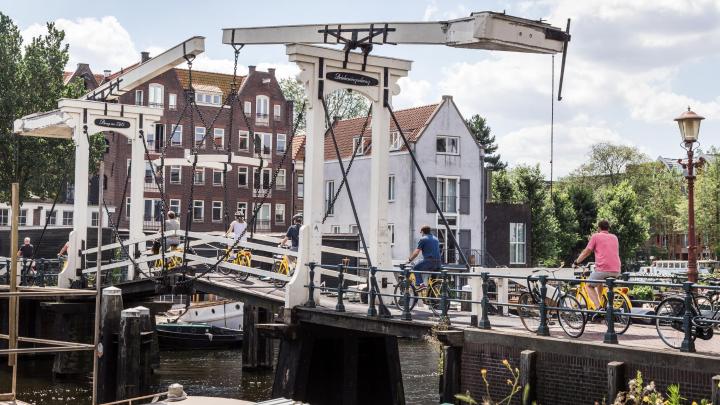 The best cities around the world to discover on two wheels. 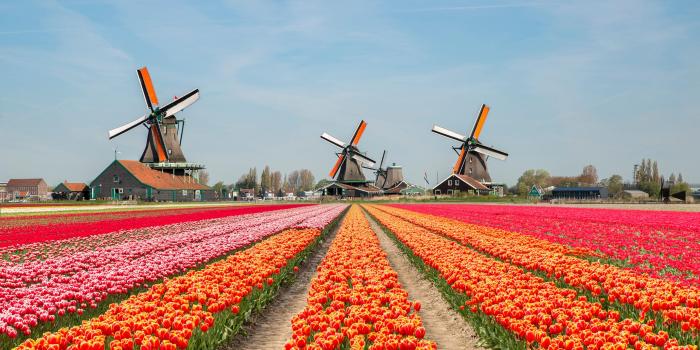 Top places to see tulips in the Netherlands

Discover the best places – paid and free – to see the coveted bloom. 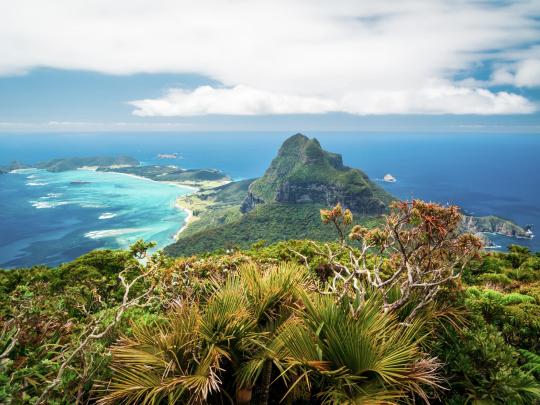 Including the 'highway on the beach' and an island with over 800 koalas. 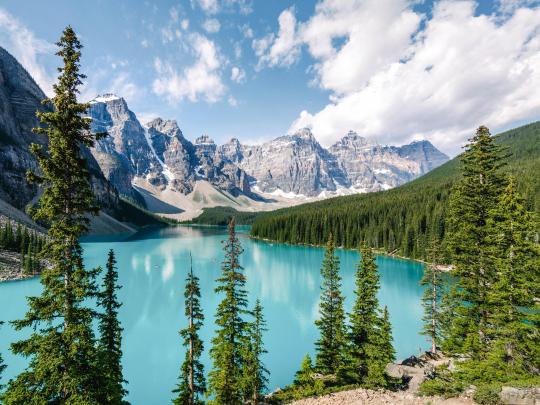 Lake Louise lures you in with beauty, seclusion and sporting adventure. 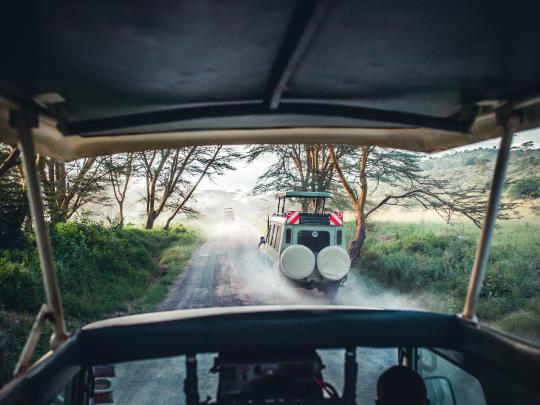