Travel from London to Edinburgh by train and you’ll watch the window view change dramatically; from gentle hills, country lanes and cottages, to the romantic wilderness of the Scottish mountains in just a few hours.

To make sure you don’t miss out on some of the best bits of Britain, here are the top recommendations along the way from global travellers. * 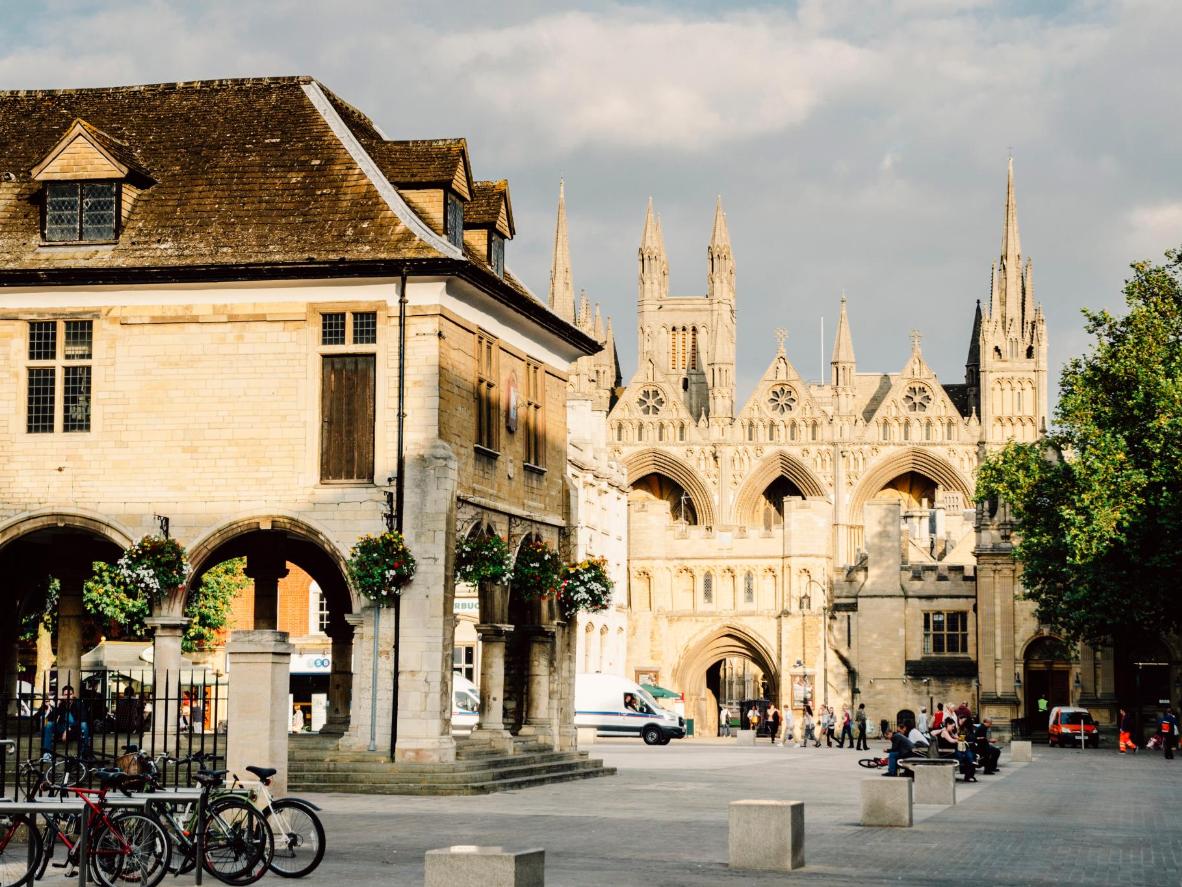 Peterborough Cathedral's design has not been seen before or since

Peterborough’s Norman Cathedral is one of a kind. The Early English Gothic facade has three gigantic arches above the entrance, so big you could fit most cathedrals beneath them and it’s a design that has not been seen before or since. Step inside to admire the original 12th-century oak ceiling (the only one of this type to survive in England) and visit the grave of Catherine of Aragon, King Henry VIII’s first wife. Every day, the historic Peterborough Cathedral choir sing evensong – check the timetable on the cathedral website for exact times. Aragon House is a friendly, family-run hotel in a Victorian house just a short walk from the centre of Peterborough. 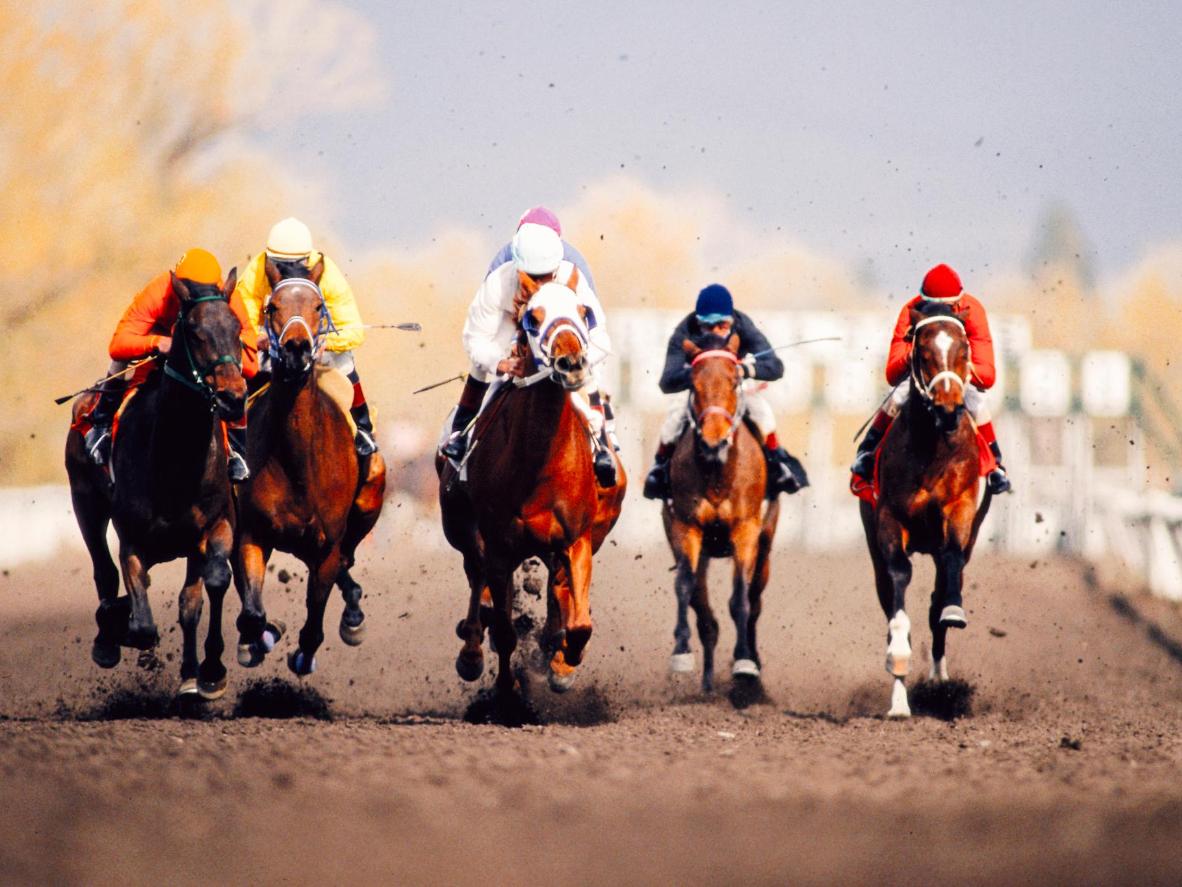 Horse racing in Doncaster is steeped in tradition. Regular race meetings date back well into the 16th century, making Doncaster Racecourse one of the oldest in Britain. Spend the afternoon drinking fine wine and basking in the thrill of the races. And if you’re feeling lucky putting a pound or two on one of the horses. Stay at the Edwardian guest house, Hotel Balmoral, and wake up to a full English breakfast. 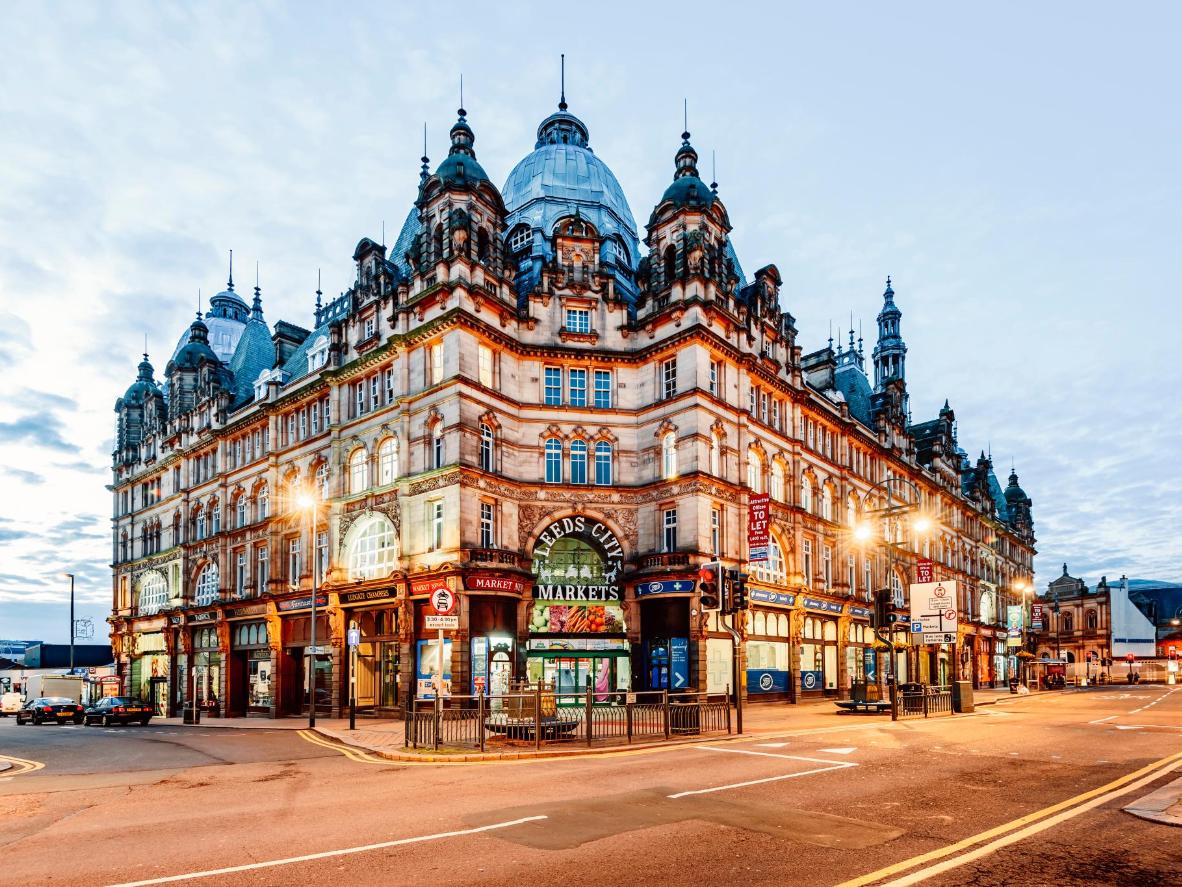 Leeds, aka the 'Knightsbridge of the North'

Nicknamed the ‘Knightsbridge of the North’, shopping in Leeds is a must. Stroll the mosaic and marble floors of the historic Victoria Quarter, admiring the palatial, stained glass ceiling and designer boutique window displays. Though not quite as glitzy, the collection of stalls selling fresh flowers, local food, and clothes at Kirkgate Market is just as pretty and much more atmospheric. It’s the largest covered market in Europe, with its glass ceiling domes and dark green cast iron containing around 800, often family-run stalls. If you’re into vintage shopping, the Leeds Corn Exchange is another Victorian arcade where you can pick up anything from daintily-patterned 1950s tea dresses and get a more permanent souvenir from a resident tattooist. Stay at Dakota Leeds for luxury suites in the centre of the city, also only 5-minutes’ walk from the train station. 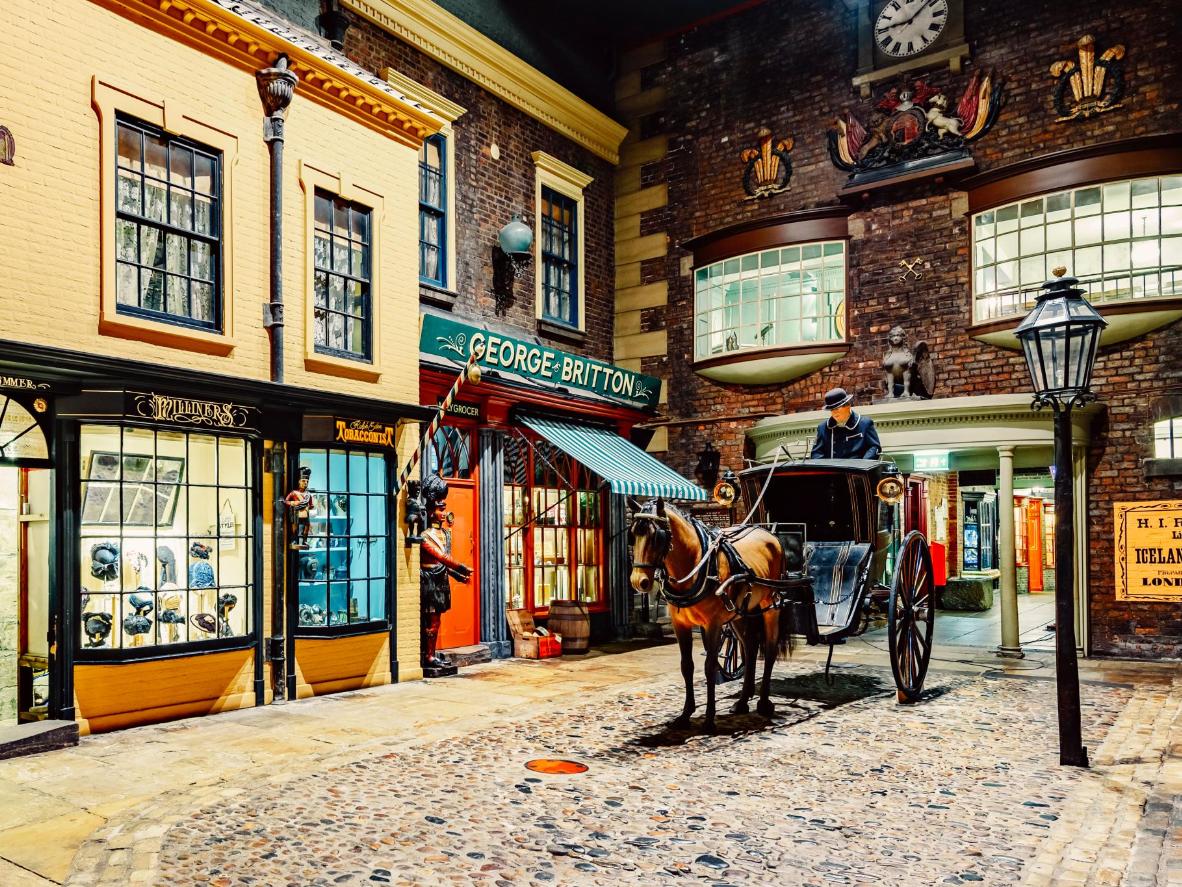 Stay awhile in York before reboarding the train to do a spot of sightseeing. This ancient walled city has a multitude of important landmarks to visit, in between ambling the cobbled streets and stopping at tea rooms and pubs. The Yorkshire Museum and Museum Gardens contain the beautiful 950-year-old ruins of St Mary’s Abbey, the 13th-century, Gothic York Minster is one of the UK’s finest cathedrals, and Clifford’s Tower is all that remains of a castle built by William the Conqueror. Coppergate Apartments are renovated apartments in a Grade II listed building located close to Clifford’s Tower and several other key sights. 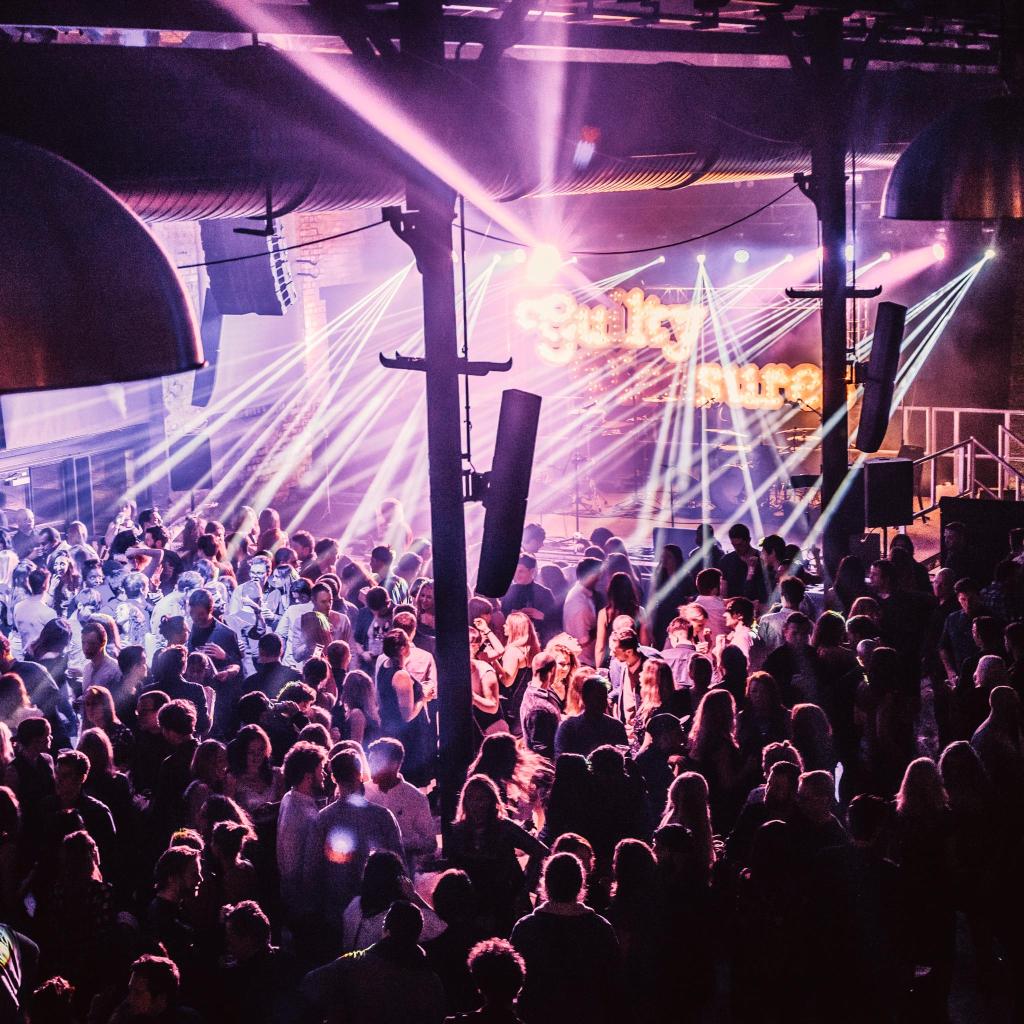 Go out on the town in Newcastle

Passing through Newcastle, you’ve got to get off the train for a night out. As a big student city, there’s always loads going on; including great nightclubs, bars, late night open studios, craft beer festivals, and famously-friendly Geordies. World HQ is a stalwart of the Newcastle clubbing scene, hosting raves since the 1980s and still priding itself on its inclusivity. The Boiler Shop Newcastle venue offers everything from summer street food festivals to rock concerts and small gigs. 93a Grey Street Apartments is a modern, 5-star, one-bedroom apartment in the heart of Newcastle.

**Destinations featured were chosen as a selection of all the major destinations along the UK East Coast Main Line railway route. Then the most popular feature of each city was calculated using internal endorsement data. Though the journey starts in London and ends in Edinburgh, those destinations aren’t featured because we wrote about them in our recent West Coast Main Line feature here.

Enjoy some après-ski and curl up by the fire at one of these very romantic skiing spots.
Oct 29, 2018
#downhill-skiing
#romantic-vacations
#romantic-escapes
#austria
#austrian-alps
Nature

The top 4 camping spots in the USA

Where better to reconnect with nature than at one of the USA's highest-rated campsites?
Jul 6, 2017
#camping
#nature
#hiking
#stargazing
#utah
Beach

Things to do in Peterborough

Things to do in Doncaster