Travel from London to Edinburgh by train and watch the view change dramatically; transforming from the gentle hills, country lanes and cottages of England, into the hauntingly beautiful, mountainous Scottish wilderness in just a few hours. Choosing a train holiday over flying is also an easy way to do your bit for the environment, without having to sacrifice rewarding travel experiences.

To make sure you don’t miss out on some of the best bits of Britain along the way, here are the route's top recommendations from global travellers.* 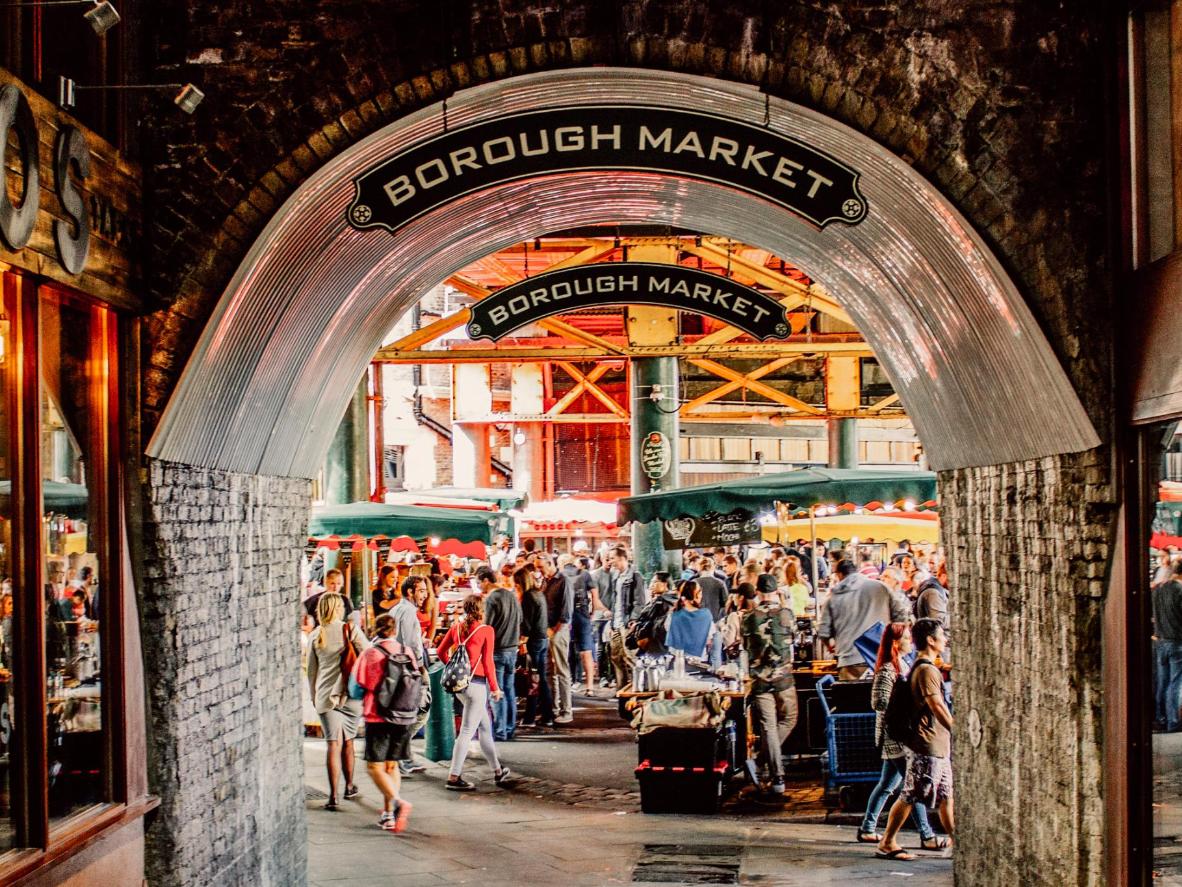 Pick up a bargain in London before you board

Retail therapy in London is some of the best you'll find the world over. If you’re a shopper on a mission, then before hopping on the train head to Oxford Street for the mammoth flagship shops and luxury department stores like Selfridges and Liberty's (in a romantic-looking Tudor revival building at the start of Carnaby Street). If you’re after a more slow-paced spree, wander down Marylebone High Street (in the same area) and the cobbled mews that run off it, discovering designer boutiques, pop-up shops and upmarket delis. London’s vintage shops are also brilliant and everywhere – Rokit and Beyond Retro are among the city centre’s most popular treasure troves, being chains that have outposts in every corner of the capital. But for ravenous bargain hunters, the charity shops in affluent areas like Kensington or Chelsea promise great finds and luxury labels. Stay at the grand and conveniently-located Zetter Townhouse Marylebone before you set off on your trip. 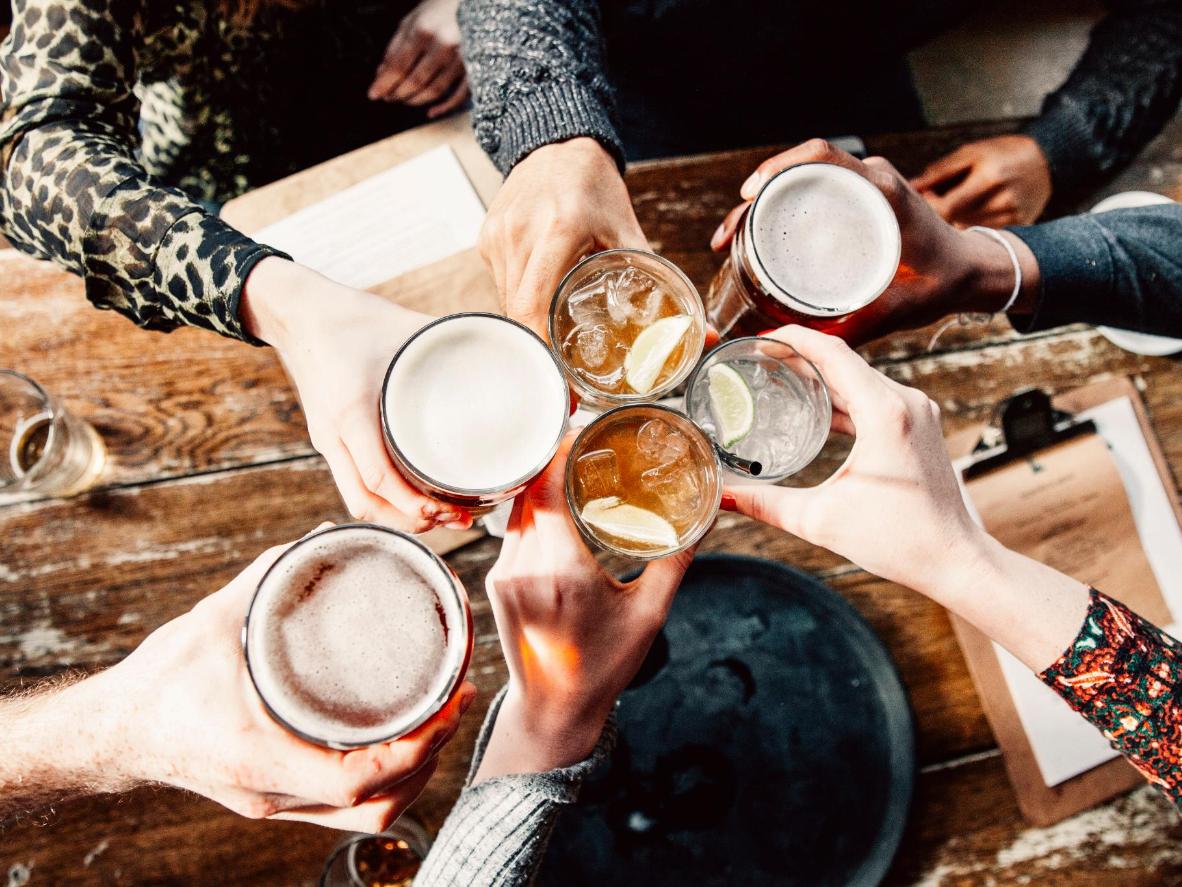 Rugby town has been famous ever since running with the ball at Rugby School evolved into a nationwide sport in the 19th century. This global reputation may not yet extend to its pubs but this historic market town has a stellar selection; its ale houses have a huge range on tap, which may be daunting but knowledgeable and friendly staff are there to help you choose. Try popular pubs like The Merchant’s Inn (with a log fire and jolly atmosphere) and the Barley Mow (a canalside pub on the outskirts of the town). After a satisyfing pub crawl, stay at the Golden Lion Hotel, a friendly, family-run hotel and 16th-century inn just outside Rugby. 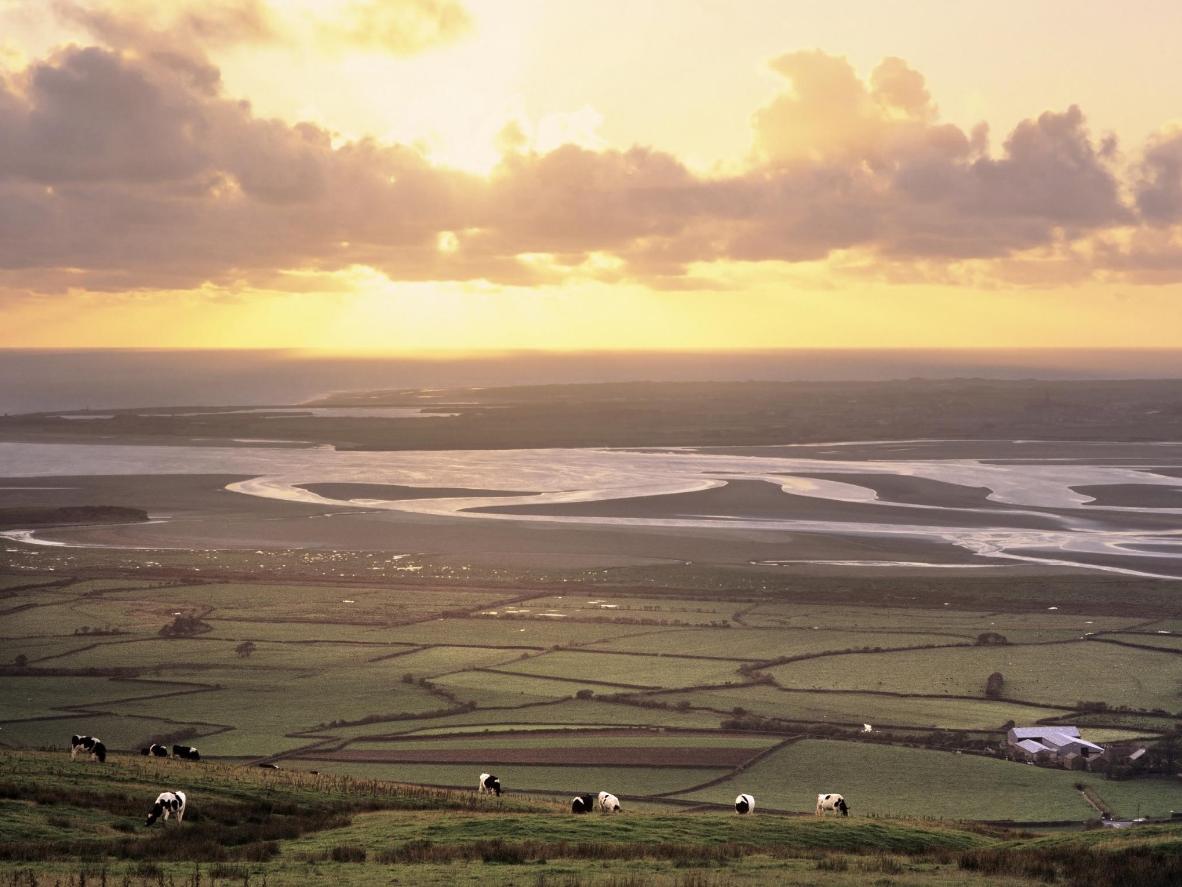 Lancaster has a historical legacy that stretches back to the Roman era, with a permanent Roman fort existing on the hill where Lancaster Castle now stands. But the town also played a significant role in Britain’s 15th-century War of the Roses, as it represented one of the two dynasties fighting for the throne (the House of Lancaster bore the symbol of the red rose and the House of York, the white). Visit the Lune Aqueduct, a magnificent 18th-century stone aqueduct on the east side of the city, the Catholic Cathedral, and the Ashton Memorial in Williamson Park, a grand folly built by millionaire industrialist Lord Ashton in memory of his wife in 1907. For an overnight stop, stay at the top-rated, heavenly retreat of Greenbank Farmhouse. 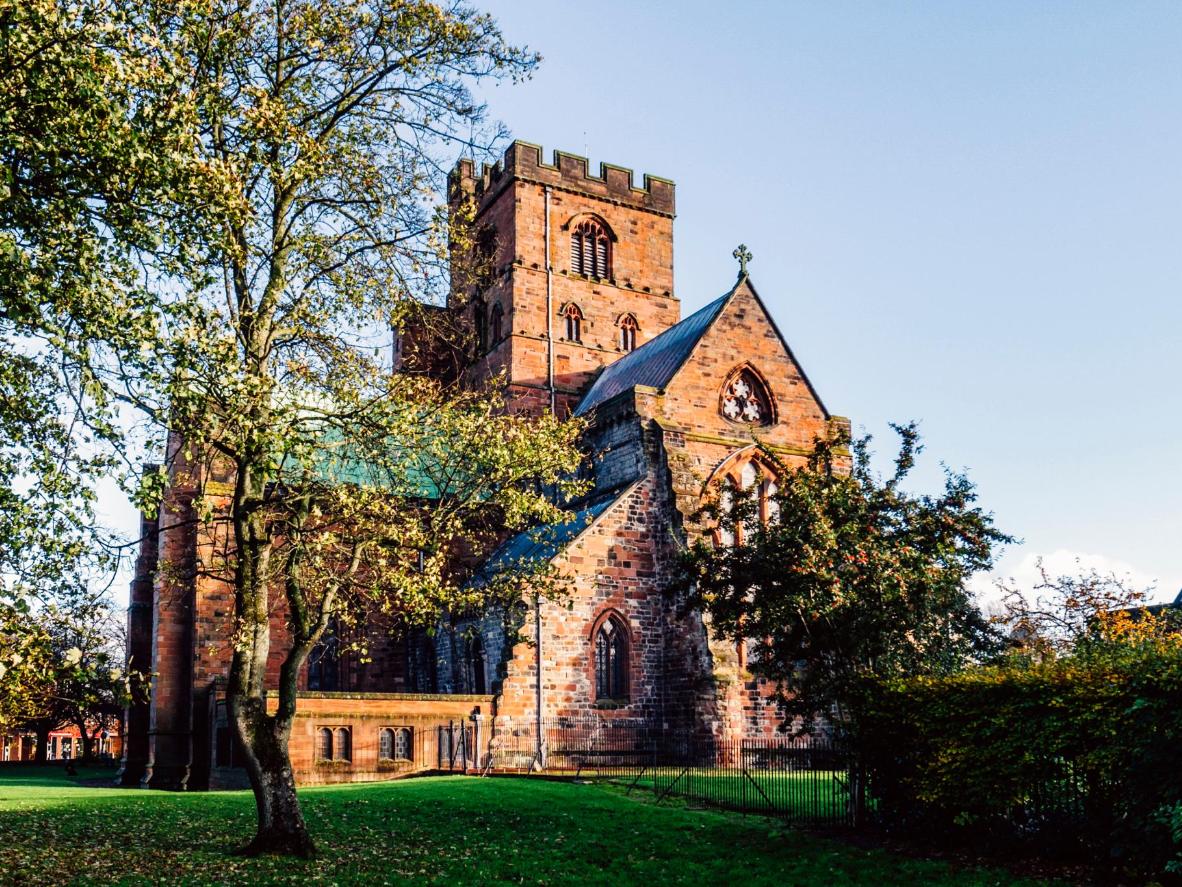 Carlisle Castle is a serious-looking fortress. Over 900 years old, this sturdy castle has withstood a multitude of sieges, contained Mary Queen of Scots as a prisoner in 1567, and today serves as the military headquarters of a Royal Regiment. It’s also supposedly one of Britain’s most haunted castles, with chilling stories of a female ghost who was thought to have been roused when her skeleton was uncovered during construction work in the 1830s. Stay overnight at Cornerways Guest House, just five minutes’ walk from Carlisle city centre and Carlisle rail and coach stations. 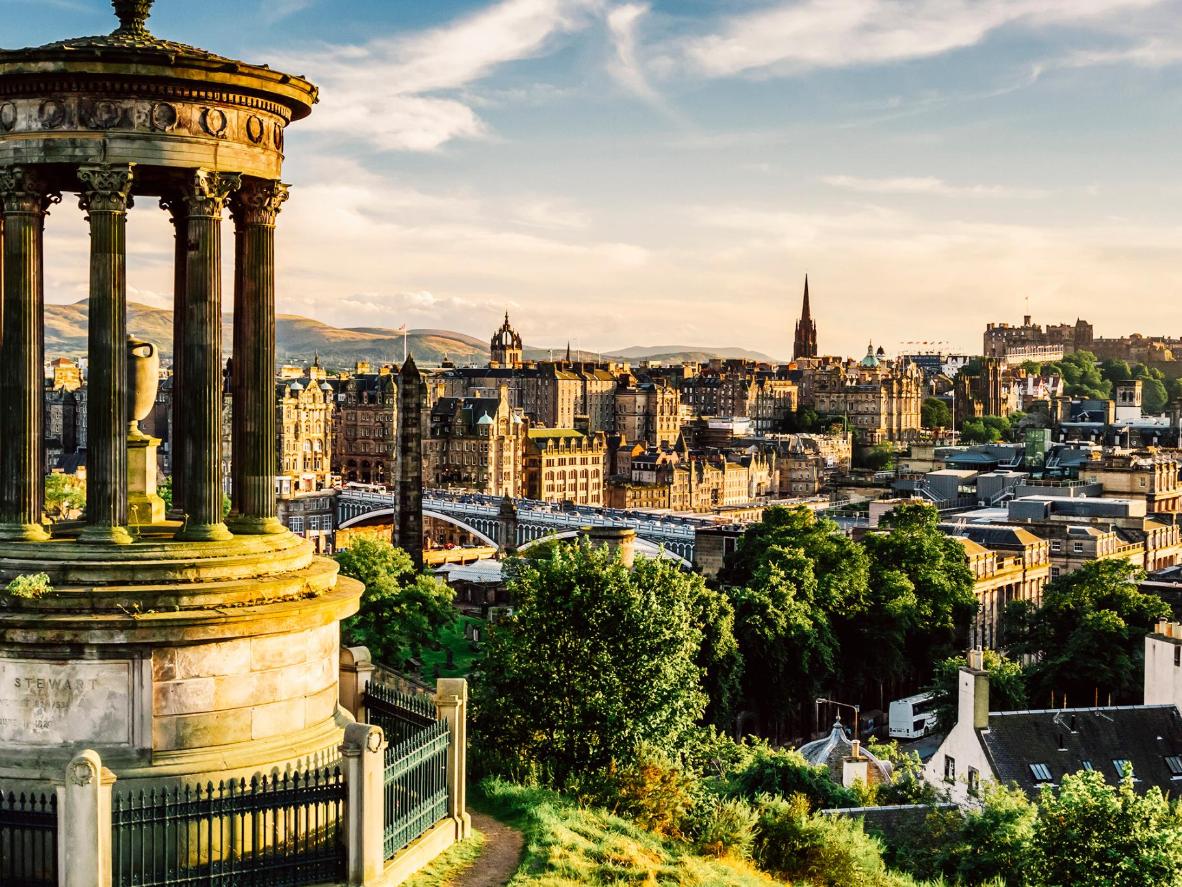 This historic, hilly city has some breathtaking views and sights to see

There’s a lot to see in the mesmeric Scottish capital, the final stop on the journey. First up, climb Arthur’s Seat, a volcanic peak in the middle of the city where you’ll get an unparalleled panorama. From here, you can map out what you’ll visit and when; Holyrood Palace and its extensive gardens? The moody, ancient Edinburgh Castle? Or the Royal Yacht Britannia, on which Prince Charles and Princess Diana honeymooned (now anchored at the Leith Docks)? A stay at the Waldorf Astoria Edinburgh - The Caledonian is a very special way to end your trip, with unobstructed views of Edinburgh Castle from the bedroom windows.

**Destinations featured were chosen as a selection of all the major destinations along the UK West Coast Main Line railway route. Then the most popular feature of each city was calculated using internal endorsement data.

For springtime in the northern hemisphere, here are the destinations to visit.
Jan 30, 2020
#death-valley-national-park
#seville
#tokyo
#tel-aviv
#marrakech
Destinations

The most highly rated places for a rural escape within the UK.
Jan 6, 2020
#united-kingdom
#culture
#nature
#keswick
#betws-y-coed

Things to do in London

Things to do in Rugby