A guide to London’s neighbourhoods: part one

Follow in the footsteps of the late, great Amy Winehouse in Camden Market, see dinosaur skeletons at the Natural History Museum, eat ox-cheek donuts at a 40-storey high restaurant and sip rooftop cocktails in Hackney. We've created a guide of London which will take you through the city's best neighbourhoods, according to our global travellers.* 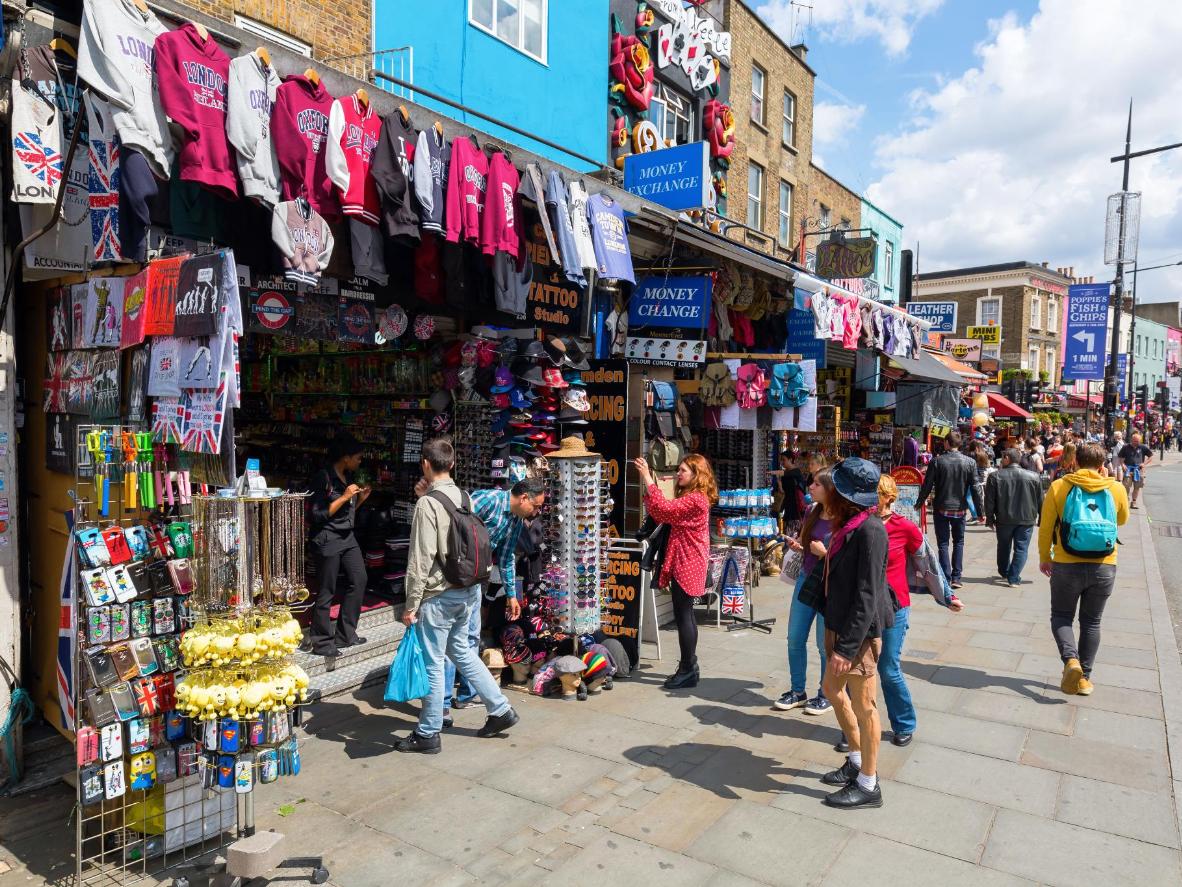 Shop in Camden Market and soak up the borough's alternative culture

Opening in 1974 as the punk rock movement emerged, Camden Market quickly became the epicentre of London’s subcultures. What began as a handful of temporary stalls huddled around Regent’s Canal has evolved to several extensive and adjoining markets (all known collectively as Camden Market) selling clothes, crafts, jewellery, music memorabilia and street food. The late Amy Winehouse worked in the market as a teenager, while the likes of Mick Jagger, Bob Dylan and David Bowie have all spent time hanging out in this London institution. Ogle row upon row of Vivienne Westwood-style tartan kilts and Doc Martens, explore Aladdin’s Cave-esque shops filled with burning incense and brass artisanry, and wander through the brick archways of Camden Stables Market. The market is open 364 days a year (only closing on Christmas Day). With exposed brick walls and minimalist, chrome kitchens, the apartments at Carlow One provide chic accommodation metres from the market.

Culture in Kensington and Chelsea 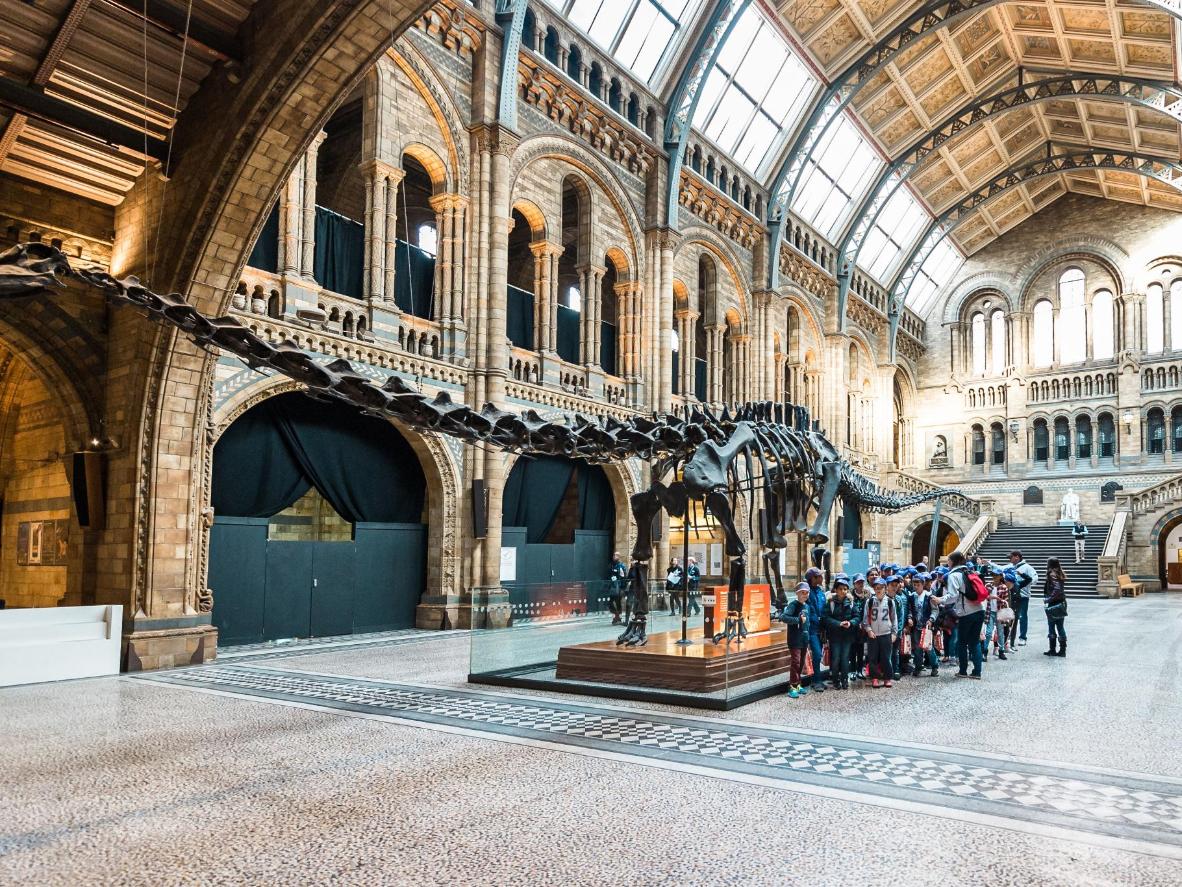 Kensington and Chelsea is home to a cluster of London’s biggest museums and galleries. Within 200 metres of each other, you’ll find the fascinating, interactive exhibitions of the Science Museum, the enormous dinosaur skeletons of the Natural History Museum and the precious jewels, sculptures and retrospectives of artists like David Bowie of the V&A. Then, it’s a short walk towards Chelsea and the Saatchi Gallery for a fix of modern art, or towards Holland Park for the Design Museum and Leighton House Museum, a former aristocratic London home filled with intricate Arabic tiles and an extensive art collection. Finish the day off with a wander around the eclectic Portobello Market. Stay just around the corner from South Kensington’s Museums at the classic Gainsborough Hotel. 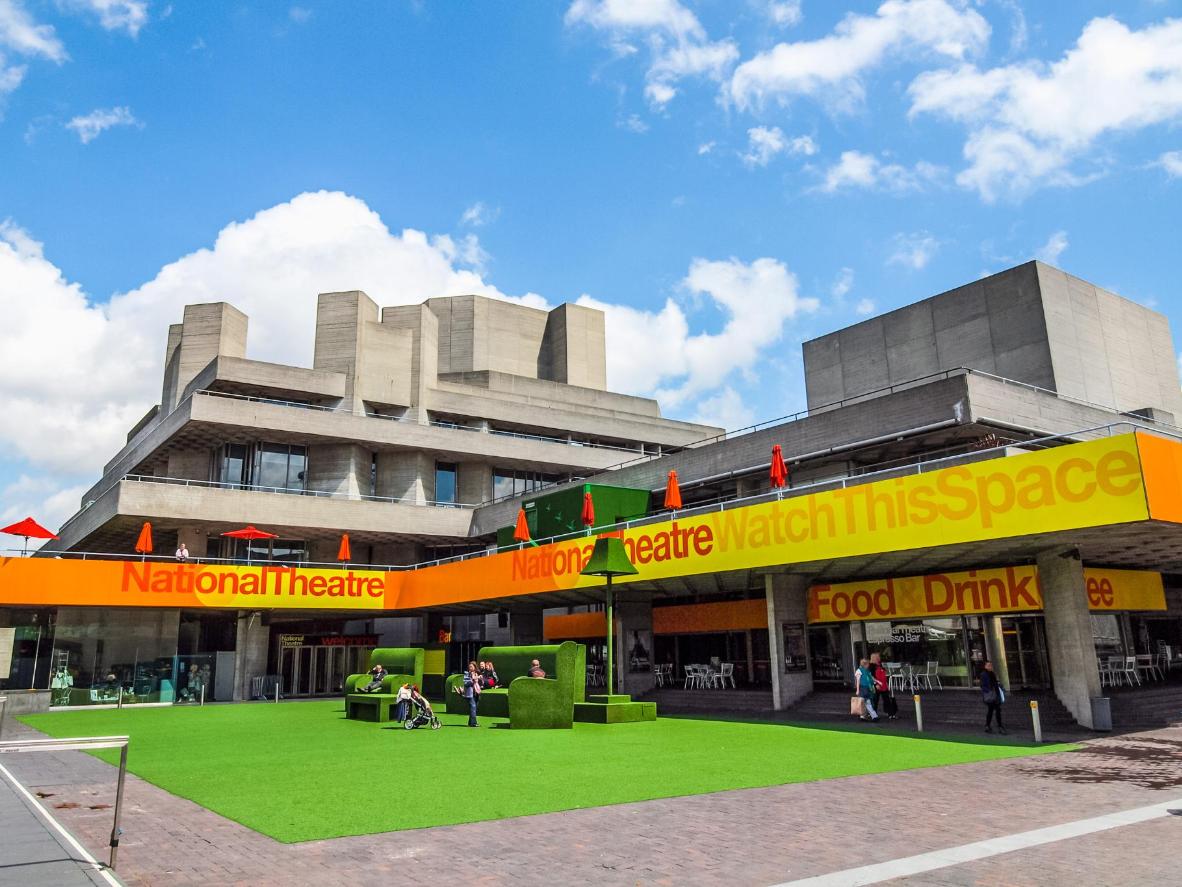 The borough of Lambeth is particularly diverse, stretching all the way up from Streatham to the South Bank, where you’ll see some of the city’s finest architecture lining the Thames. From Edwardian Baroque buildings to the National Theatre, a brutalist, layered concrete masterpiece with terraces that wrap all the way around the building. There’s also Lambeth Palace, a Gothic, red brick, walled complex of towers, chapels and gardens that is the official London residence of the Archbishop of Canterbury. After you’ve explored the riverside, head south to Brixton Market, where you’ll find examples of Edwardian terraced houses alongside the neighbourhood’s popular covered market, with restaurants, street food and artisan boutiques aplenty. Stay at H10 London Waterloo for its impeccable skyline views, featuring the London Eye and the Shard.

Restaurants in the City of London 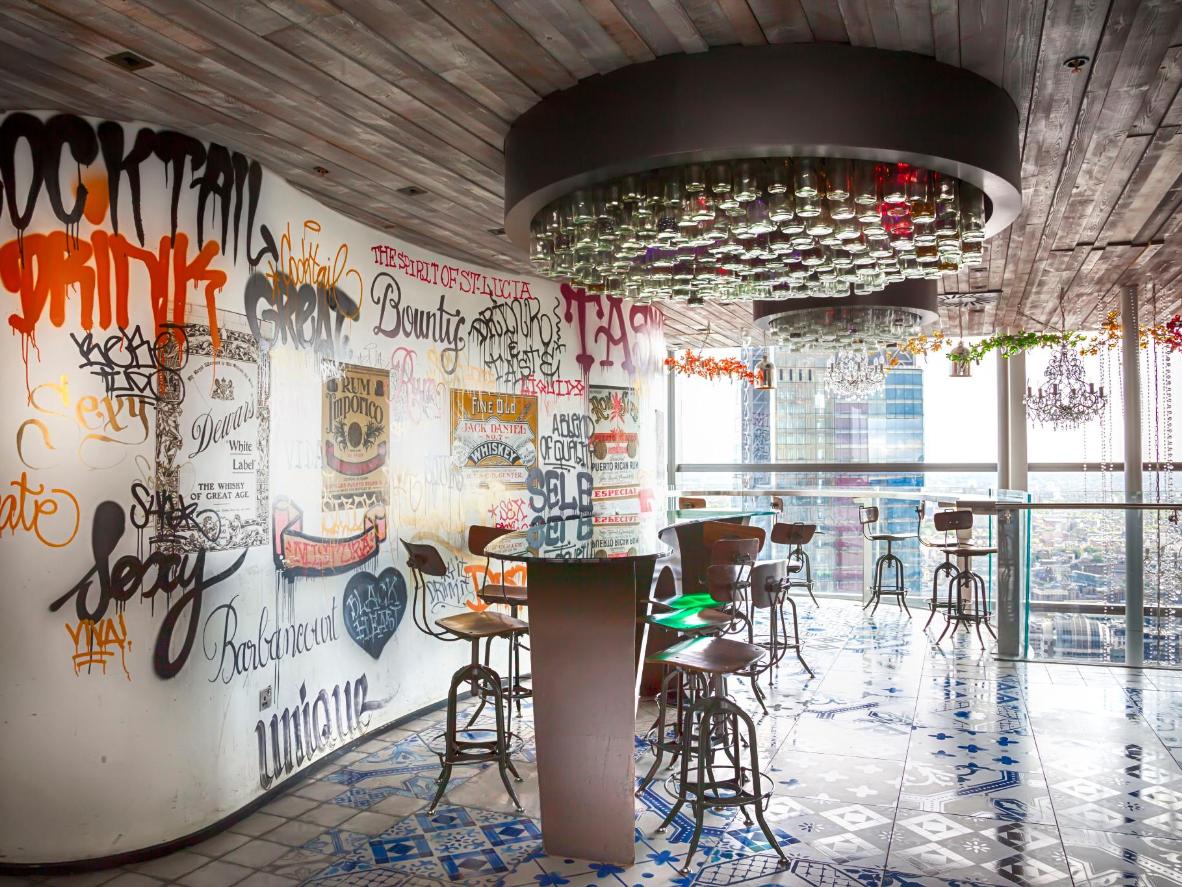 Encompassing St Paul’s Cathedral, the Barbican Centre and London Bridge, the City of London borough is prime real estate, meaning some of the best restaurants in the capital have set up shop here. It’s also home to Smithfield, the largest wholesale meat market in the UK and Europe, and many of London’s best restaurants for carnivores; if you’re not squeamish, try St John’s, a pioneering eatery founded by chef, Fergus Henderson, where diners can experience phenomenal nose-to-tail dishes using offal (the roasted bone marrow is sublime). Then there’s the Michelin-starred seafood restaurant, Angler, and Duck & Waffle. The latter offers 24-hour dining 40 floors up in the Heron Tower with indulgent dishes like spicy ox cheek donut, featuring slow-cooked, tender meat and apricot jam in sweet dough dusted with smoky paprika sugar. Check into a grand, period suite just around the corner from Smithfields at The Rookery. 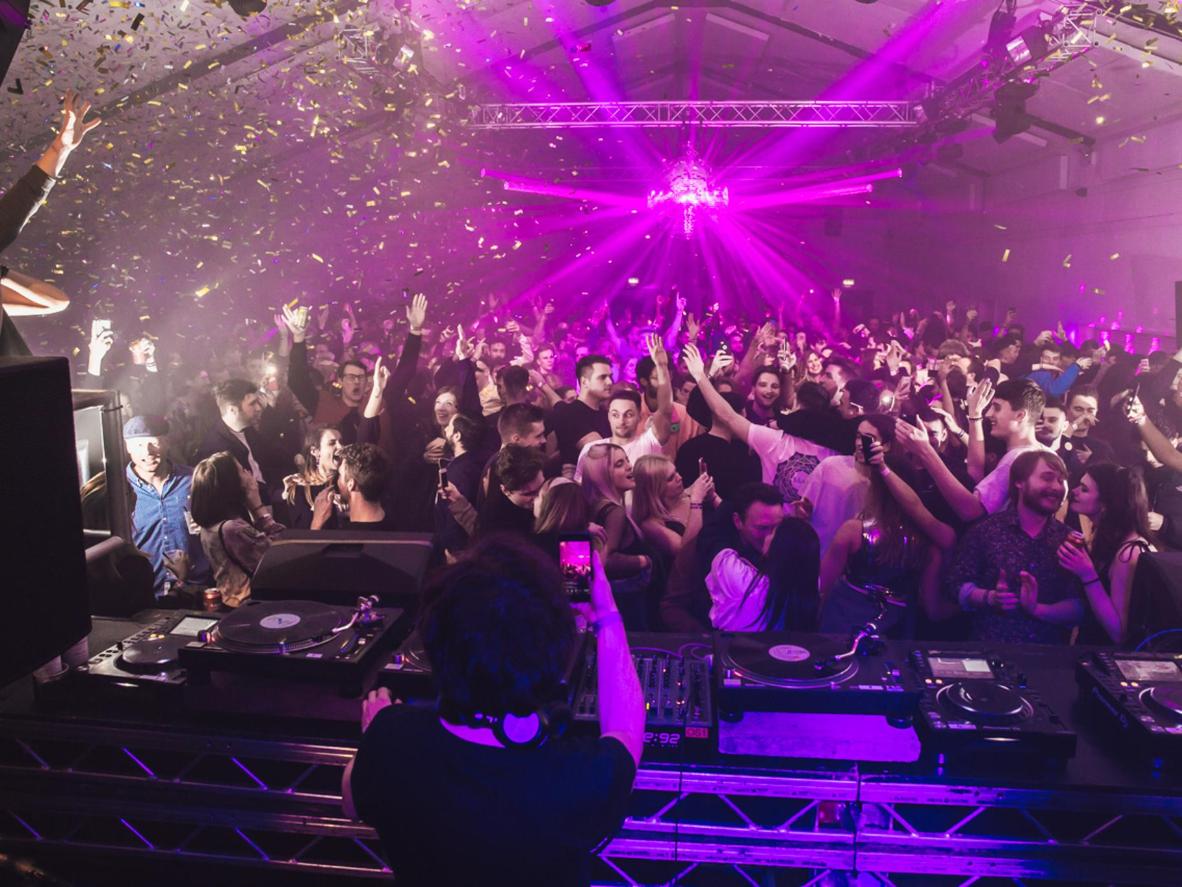 When it comes to nightlife, there’s something for all tastes in Hackney. From established clubs with big name lineups like XOYO, to self-proclaimed ‘pleasure palace’ Dalston Superstore. There’s also Netil 360 for rooftop cocktails, street food and live DJS – a perfect venue for daytime drinks that turn into nighttime revelry. Other popular venues include Savage (notable for the fact that it closes at 5am, which is late for London) and the more intimately-sized Pickle Factory, the sister of Oval Space (a huge multi-use arts space that hosts stellar club nights). With a year-round outdoor pool and terrace overlooking the Hackney skyline, you can’t do much better than staying at The Curtain.

*The data scientists at Booking.com looked at the top endorsement for each of London's neighbourhoods.

The best places to get active this winter

Things to do in London