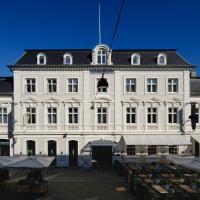 Dating back to 1695, this elegant hotel offers modern rooms with free WiFi. Roskilde Train Station is just a 5-minute walk away. Very fast check out You can boil an egg for the breakfast by yourself Care about natural environment 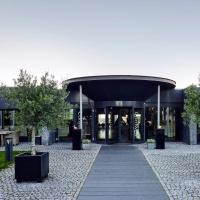 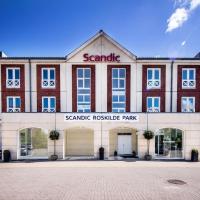 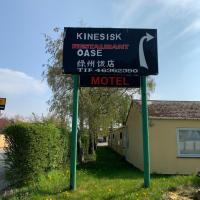 Located in Roskilde, within 2.4 miles of The Viking Ship Museum and 1.6 miles of Museum of Contemporary Art, Motel oasen provides accommodations with a garden and free WiFi as well as free private... The room was clean, quiet, and private. We could open a window wide, and we had a nice view of an open field. The linen was very clean. The room was next to a freeway (motorway), but the room was still quiet. The room had a clean wooden floor. The bathroom was clean. 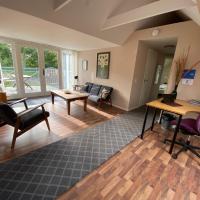 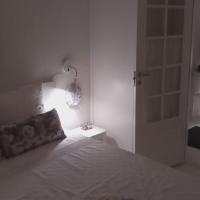 Featuring a terrace, Hos Anna offers accommodations in Roskilde, 3.5 miles from Museum of Contemporary Art and 3.5 miles from Roskilde Museum. Very nice evening,but TV not have channel Tv is there but only 2 -3 channel work 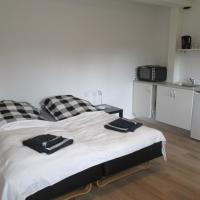 Hos Tina in Roskilde has accommodations with free WiFi, 3.1 miles from Museum of Contemporary Art, 3.3 miles from Roskilde Museum and 3.4 miles from Roskilde Cathedral. The bedroom room was spacious as was the bathroom. The small kitchenette met our requirements. The village it was in was outside Roskilde about 15 min by car but was quite charming to walk around. lots of homes with thatched roofs. You would need a car. It is a single stand alone unit attached to a hair salon. Tina came as we arrived. There was an outside area but weather did not cooperate. 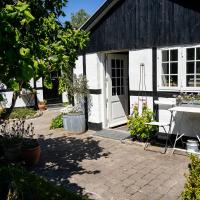 Located in Roskilde, just 5 miles from The Viking Ship Museum, Svenskebakken Bed & Breakfast provides accommodations with a garden, barbecue facilities, a terrace and free WiFi. Cozy small house with home feeling. Can recommend the breakfast. Very close to the nature. If you come with a car can get to many places around.

Located in Roskilde in the Sjælland region and The Viking Ship Museum reachable within 1.9 miles, Kærgaard has accommodations with free WiFi, BBQ facilities, a garden and free private parking. Beautiful views from the room and a lovely little terrace with table and chairs. Very peaceful and quiet and lots of wildlife around. The room was very spacious and high quality. A really fantastic place.

Offering free WiFi and city views, Lovely 1-bedroom apartment in the center of Roskilde is a property located in Roskilde, just an 11-minute walk from The Viking Ship Museum and 400 yards from... The apartment was new and nice. There was all the facilities you needed.