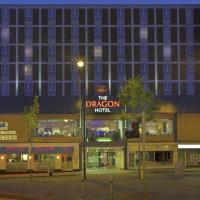 This hotel is in Swansea city center. The hotel is just 15 miles from Rhossili Bay, voted one of the best beaches in the world. The Dragon Hotel has a lounge area and 24-hour room service. The breakfast and locations were great 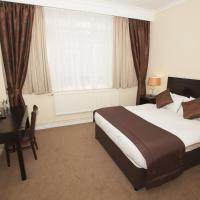 This beachfront hotel has dramatic views of Swansea Bay, and is a short stroll from the town centre. The M4 motorway, golf courses and the Gower Peninsula are nearby. Monica did a great job! Friendly, very welcoming and helpful. 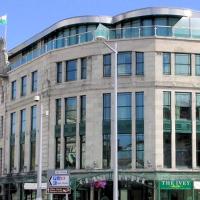 The Great National Grand Hotel Swansea is located in the heart of Swansea city centre, next to the train station, and within walking distance of Swansea's many attractions. Awesome hotel with a fabulous location, and a staff that gives 1,000% to see to your comforts and needs. We had a really nice visit to Swansea, and having the taxi stand across the street was a really nice feature. We were able to go to the very scenic spots in Mumbles, and each driver became our tour guide. Such friendly people! We will definitely return, and will be very pleased to stay at this hotel again! 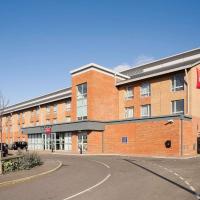 Just outside Swansea centre, the Ibis Swansea Hotel is situated in the SA1 waterfront development. The modern hotel offers free parking, a 24-hour front desk and a stylish cafe bar. The receptionist was very professional, friendly and obliging. She allowed me to check in early which was great. 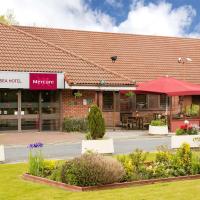 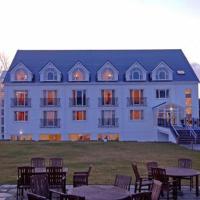 Just a 10-minute drive from Swansea city centre, Towers Hotel offers a spa, an indoor swimming pool and a gym. There is free Wi-Fi and free on-site parking. Every staff member was so friendly 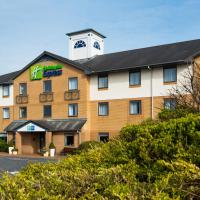 Holiday Inn Express Swansea East offers accommodation with free WiFi and free onsite parking. Swansea is 7.5 miles away and the picturesque Gower Peninsula can be reached within 15 miles. Friendly staff and they allow dogs and we received a doggy bag on arrival. 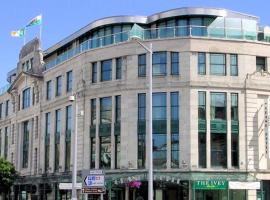 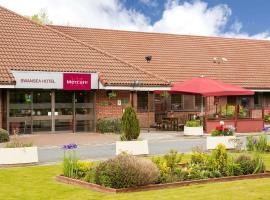 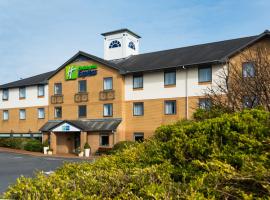 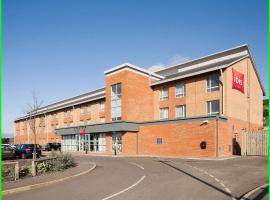 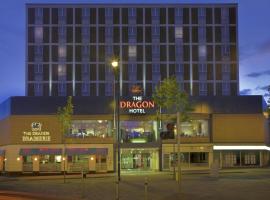 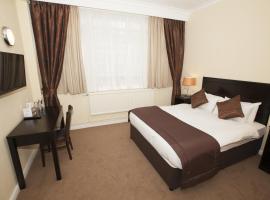 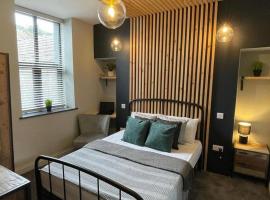 This beachfront hotel has dramatic views of Swansea Bay, and is a short stroll from the town centre. The M4 motorway, golf courses and the Gower Peninsula are nearby. Monica did a great job! Friendly, very welcoming and helpful.

Set in Swansea, within 1.5 km of Swansea Beach and 2.5 km of Sketty Lane Beach, Mansel House - by TIFA Stays offers accommodation with a shared lounge and free WiFi as well as free private parking for... Wow..nice place to stay. Price very good, did not expect such a place with little price.. 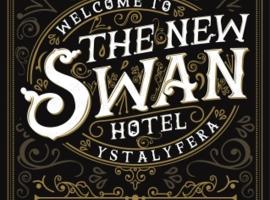 Set in Swansea, 22 km from Grand Theatre, The New Swan Hotel offers accommodation with a fitness centre, free private parking, a garden and a bar. This 3-star hotel offers free WiFi. Staff was excellent and very helpful and so pleasant and drinks were so cheap at the bar . 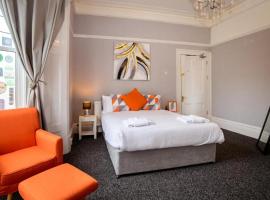 FAQs about hotels in Swansea

Green Gateway to the Gower

Upon seeing Swansea for the first time, it hits you just how green it is, especially when viewed from Kilvey Hill. On a clear day the views stretch as far as sweeping Swansea Bay and even the undulating Mumbles headland at the edge of the Gower Peninsula - the UK’s first Area of Outstanding Natural Beauty, with unspoilt beaches.

The Gower is also known for its castles, including Oystermouth Castle and Loughor Castle, overlooking the city from a hilltop. Swansea itself also has castle ruins which are Grade I listed, as is the Guildhall with its lavish interior frescoes.

Most historic city centre buildings were sadly lost during World War II, but the elegant Grand Theatre survived, as did Dylan Thomas’ childhood home in Uplands. The Swansea Museum – the oldest in Wales – is opposite the National Waterfront Museum and the LC indoor waterpark.

Offshore conditions are good for kitesurfing, and the marina shelters yachts overlooked by Wales’ tallest building: The Tower, Meridian Quay. The nearby SA1 Waterfront complex is becoming popular for its bars and restaurants, while shopping options include a covered market and the Morfa Shopping Park by Liberty Stadium, home to the city’s football and rubgy union teams.