Be a Booker. Search hotels and more in Alghero

All 839 hotels and more in Alghero
Show map 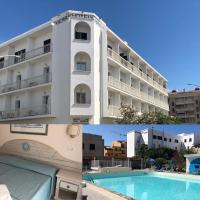 Relax on the pool terrace at Hotel Riviera, located 164 feet from Lido San Giovanni Beach and a 20-minute walk along the promenade to Alghero's historical center. the staff, breakfast, swimming pool, ... 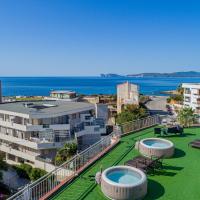 Located 0.6 mi from the historic center of Alghero, 328 feet from the coast, Hotel Villa Piras offers large rooms with a balcony and a view. Very helpful and informative staff Very clean and comfortable enjoyed our short stay very much Thank you very much 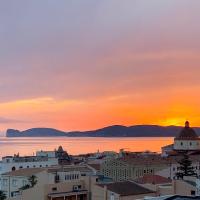 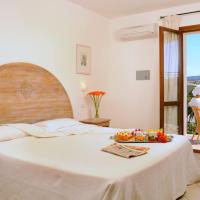 Located in a quiet part of Alghero, 2625 feet from the historic center, Angedras is a spacious hotel. It offers free WiFi, and a panoramic terrace and on-site bike rental service. Well located great staff Breakfast superb 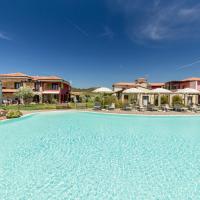 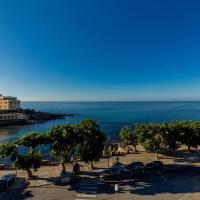 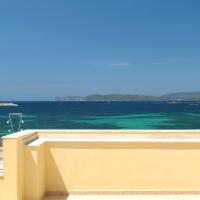 San Giuan is a small hotel just around the corner from the seaside promenade in Alghero, 164 feet from San Giovanni beach. It offers air-conditioned rooms with a TV, and free Wi-Fi throughout. Breakfast was very, very delicious. The staf was very kind and helpful. Everything was on high level and perfect. It was pleasure to stay there. The room was very clean.

Set 164 feet from the charming Bay of Alghero, Carlos V Hotel features a sea-view rooftop restaurant and outdoor pool. All rooms have a balcony, and WiFi plus parking are both free. It's a lovely hotel with a great location! The breakfast was excellent, the pool is huge and has a nice view, the staff are friendly, the rooms are so well equipped that there is nothing that it doesn't have, nothing. 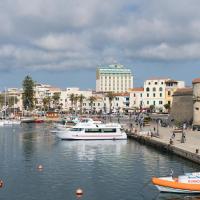 Facing the tourist harbor, this 4-star hotel features a lounge and a seasonal restaurant. It is just a 5-minute walk from Alghero’s historic center. We loved the proximity to the old Town, beach (Lido San Giovanni), beach bus etc. Also, the rooms were nice and very clean, the view from the sky bar (where you have breakfast) was breathtaking! For 15th of August (Ferragosto) they organized a private 5 course dinner which was also excellent. Also, the staff was very friendly and attentive. Special thanks goes to Matilda Sarria with whom we communicated from the start (via E-mail and in person). She was very friendly, always with a smile and very competent. Definitely recommend this hotel! 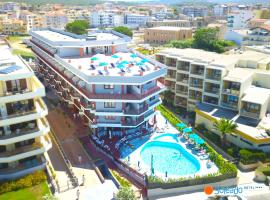 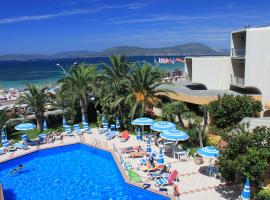 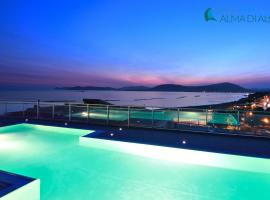 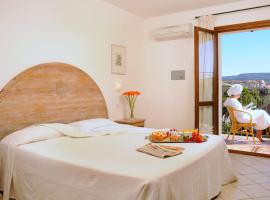 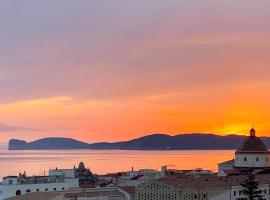 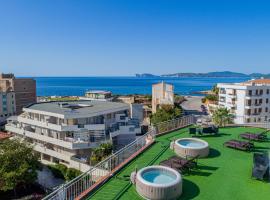 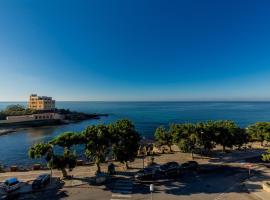 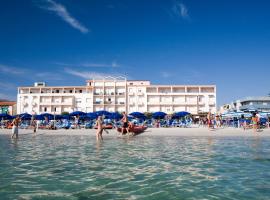 Walk to Alghero's historic quarter in just 20 minutes from this simple 4-star hotel, facing the sea and offering a swimming pool, a private beach, and comfortable accommodations. Loved the pool and the apartment was very spacious 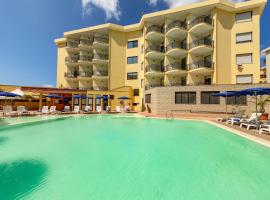 Set 328 feet from white sandy beaches, Hotel Rina features a restaurant, and an outdoor swimming pool with hydromassage area. The historical center of Alghero is a 25-minute walk away. The location is great, very close to the beach. 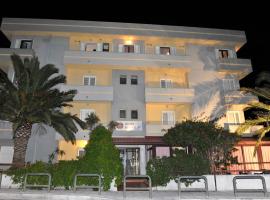 Well positioned at one of the Alghero’s gates, the Mistral is a 3-star hotel on Sardinia’s northwestern coast. Set between beautiful beaches and the historic center, it offers free parking. Very friendly service, delicious and large breakfast, the room with the bathroom met my... 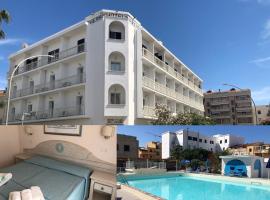 Relax on the pool terrace at Hotel Riviera, located 164 feet from Lido San Giovanni Beach and a 20-minute walk along the promenade to Alghero's historical center. the staff, breakfast, swimming pool, ...

Located in a quiet part of Alghero, 2625 feet from the historic center, Angedras is a spacious hotel. It offers free WiFi, and a panoramic terrace and on-site bike rental service. Well located great staff Breakfast superb 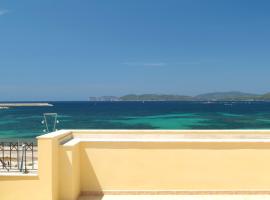 San Giuan is a small hotel just around the corner from the seaside promenade in Alghero, 164 feet from San Giovanni beach. It offers air-conditioned rooms with a TV, and free Wi-Fi throughout. Breakfast was very, very delicious. The staf was very kind and helpful. 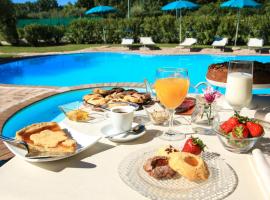 Surrounded by lush Mediteranean gardens, this resort has a host of facilities to suit everyone’s tastes, including a spa, tennis courts, swimming pool, and an excellent restaurant with panoramic... The place is great, a truly hidden peaceful gem very close to the city, great value for the price.

Set on the seafront on the beautiful beach of Lido di San Giovanni, Hotel Florida features rooms with private balconies, a panoramic restaurant, 2 swimming pools, and 2 hydromassage tubs. Perfect location for a stay in Alghero. Beach and city very near. 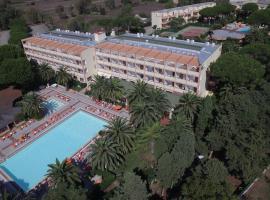 Just a few steps from the beach, Hotel Oasis offers an outdoor swimming pool, tennis court and mini golf course. It is a 10-minute bus ride from Alghero center with busses stopping right outside. Location to beach is spectacular. Free parking. Breakfast was wonderful. Good value for the...

FAQs about hotels in Alghero

The walled town of Alghero on Sardinia’s west coast has an altogether more down-to-earth vibe than the more exclusive Emerald Coast on the opposite side of the island. In fact, it feels more Catalan than Italian.

The seafront walls and defensive towers surrounding the historic center were actually built by the Catalans in the 16th century, and many residents still speak a dialect from that era. However, Sardinia has been inhabited since prehistoric times, and the Nuraghe di Palmavera stone dwellings outside the town are evidence of this. Another nuraghic site is Anghelu Ruju, near Alghero Fertilia Airport.

South of the airport is sandy Maria Pia Beach which continues all the way to Alghero harbor and is lined with beachfront hotels, bars and restaurants offering tasty seafood, including local lobster. Boat trips leave the harbor to Neptune’s Grotto along the coast. Next door is Nereo Cave, supposedly the largest Mediterranean sea cave and a popular diving spot.

Also worth visiting are the pedestrian streets of the old town, packed with shops and sidewalk cafés. Also here are the 16th-century Palazzo d’Albis and the cathedral with its mixed architectural styles.

The Alghero accommodations on Booking.com include 5-star hotels with pools, cheap B&Bs and apartments with parking.