Be a Booker. Search hotels and more in Cagliari

All 691 hotels and more in Cagliari
Show map 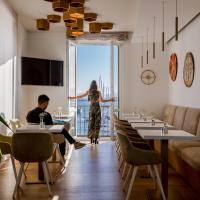 Located in Cagliari and with Spiaggia della Diga reachable within 1.1 miles, Hotel Aristeo has concierge services, non-smoking rooms, a bar, free WiFi throughout the property and a shared lounge. Very helpful and extremely friendly staff! 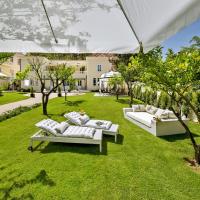 Located 0.6 mi from the center of Cagliari, Hotel Villa Fanny offers air-conditioned rooms with free WiFi. The property is within a 15-minute walk of both Cagliari Harbor and Cagliari Train Station. Sensitively and perfectly renovated building, high quality personal and service. I recommend 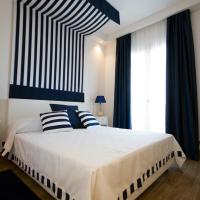 Overlooking Poetto Beach, Hotel Nautilus is located in Cagliari. It offers a garden, a bar and free WiFi in all areas. Ideal hotel in the best place of Poetto beach, 50 meters to water, and you can take sunbeds etc for free in the hotel! Even bicycles are free but if you like cool expensive modern bikes then these free will be very poor and not comfortable, maybe for someone they are ok. Staff is most helpful and friendly I have ever seen, they live with their work. Beautiful view is on the beach from the room and sound of the sea. Also it is on beautiful street (cars are very rare, only taxis for visitors sometimes) which has separate walking line and separate lines for bicycles/rollers and for running, very sport lifestyle. 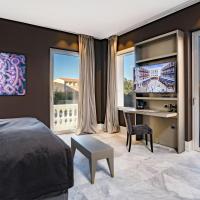 Located a 10-minute drive from Poetto Beach and 0.9 mi of Sardinia International Fair, Palazzo Doglio offers rooms in Cagliari. Beautiful rooms with extreme attention to detail overlooking the square. INCREDIBLE gym, all the latest equipment and weights. Beautiful spa and wonderful staff. It’s in a great location to the town to walk to. All in all really luxurious.

Located in Cagliari, 5 miles from Poetto Beach, Neko Boutique Hotel has rooms with free WiFi access. All rooms feature a flat-screen TV with satellite channels and a private bathroom. Everything. The room size is more than you expect and need. It gives you a homey feel. Very clean and modern 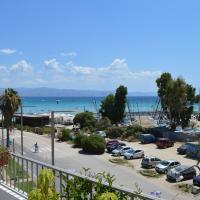 Featuring simple air-conditioned rooms with free WiFi, Hotel Chentu Lunas is a few steps from Poetto Beach in Sardinia. Thanks to the owners of the place, Johnny and Graziella, I had a wonderful time in Cagliari. They were very helpful, super friendly and attentive to details. They helped me with all my questions - reservation of table for dinner, trip to amazing Villasimius beach, airport transfer are only few of them. I have not seen such an exceptional service in my life :) Will definitely come back when I am in Cagliari and strongly recommend to everyone. The location of the hotel is ideal, very close to beach, different restaurants, supermarket, bus stop, etc. 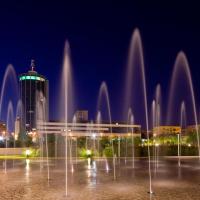 The T Hotel is an ultra-modern hotel in central Cagliari, across from the Lyric Theatre. It has contemporary rooms, a stylish bar and the T SPA hydrotherapy spa area. Staff, atmosphere, rooms & restaurant 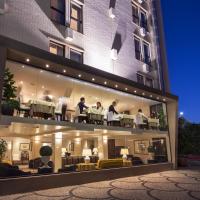 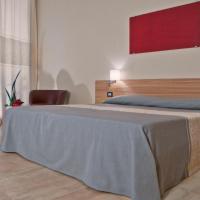 Set in the historical center of Cagliari, 164 feet from the port, Hotel Italia offers air-conditioned rooms, a free fitness area, and free WiFi throughout. It was my third time staying in this hotel, which tells how satisfied I was with them, more than any words. I got again a super service like during my last 2 occasions or beyond. My flight was very early but they made a small pack of breakfast for me. The room was clean as expected with a great wifi (better than last time), TV, air conditioning and minibar. Basic but you have everything you need for a holiday. The breakfast is Italian style (sweet pastry, cereals), with the options for preparing sandwiches with ham and cheese and with great coffees. The hotel has a fitness center as well, a bar close to the reception to drink some spirits and a few computers to prepare your check-in. You can send the boarding card to the reception and they print it to you. They can help you with arranging taxi, excursions as well. The location is- as mentioned last time as well- is great, just is in the center, very close to the railway and bus station (2min, easy to reach the airport by train). There are many restaurants close to it or on the street where the hotel is. The bus stop of the Poetto beach express bus is just 2-3min away. A supermarket is app. 8min walking distance. The port is 2-3min away from where you can take boat trips. Car rental is at the port as well. The bastion and the nicest basilica I ever seen are 15-20min walking distance. I recommend to visit the basilica on Sunday 10:30am to see a ceremony. 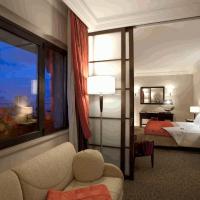 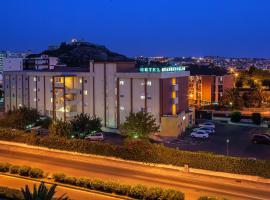 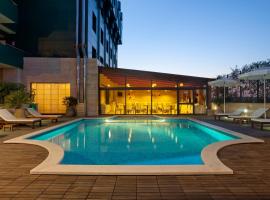 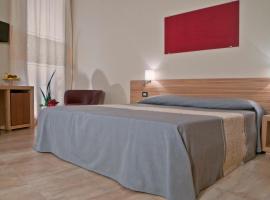 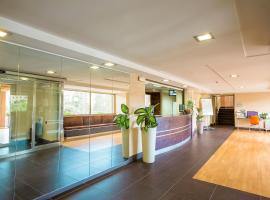 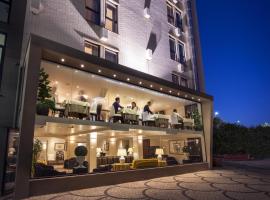 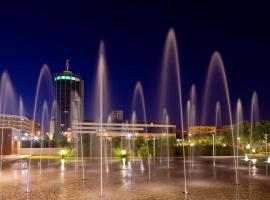 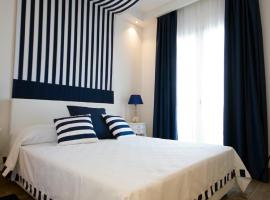 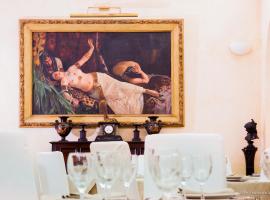 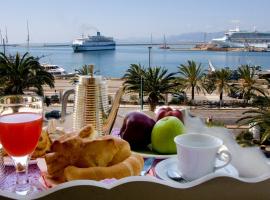 Located 1640 feet from Cagliari’s Port, Hotel Dedoni is set in Cagliari’s historic center, 3.1 mi from the sandy beach of Poetto. It offers classic-style rooms with free Wi-Fi and air conditioning. Very central location literally few steps away from all restaurants and bars. 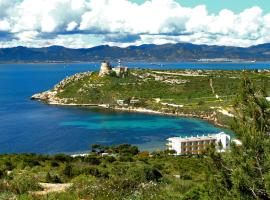 Hotel Calamosca is in Cagliari and offers its own private beach and direct access to the public rocky beach. It has panoramic views on the Bay of Calamosca. Location beautiful... but when we went for a walk was very dirty.. full of household rubbish ... 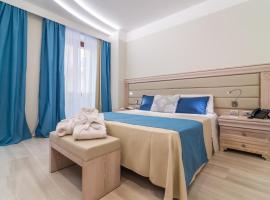 Hotel L' Ambasciata offers pet-friendly accommodations in Cagliari. Rooms come with a flat-screen TV with satellite channels. The front desk staff was great. Helped us make reservations for dinner before we arrived durning the...

Featuring free WiFi and a terrace, Hotel Villa Sveva offers accommodations in Cagliari, 656 feet from the Poetto Beach. Rooms include a flat-screen TV. Minutes from Poetto beach and eateries and bus stop. 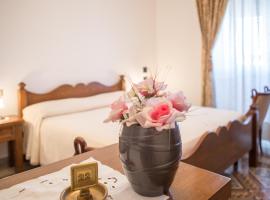 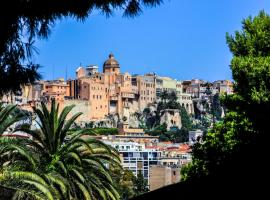 Offering a restaurant, Albergo Aurora is located in Cagliari. It features air-conditioned rooms and free WiFi throughout. Poetto Beach is a 10-minute drive away. Kindness of the staff stillness absolute of the room Closeness of the historical center town,...

Only 164 feet from the Poetto Beach in southern Sardinia, Hotel Poetto is between the Molentargius Park and Sella Del Diavolo promontory. The staff is very friendly and helpful 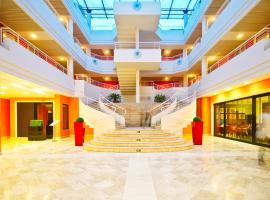 Cesar's Hotel offers a refined restaurant and spacious rooms in Cagliari. The beach is 20 minutes away on foot and the historical center is a short bus ride away. WiFi throughout is free. Lovely room , Friendly staff and lots of parking. 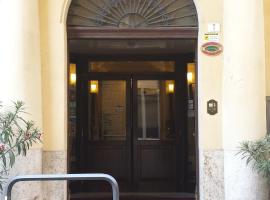 Hotel Due Colonne is a renovated historic hotel which is set just across the road from Cagliari's Port. The hotel offers great views and provides professional service. Staff had the cot set up and ready for us traveling with an infant.

Set in a residential area of Cagliari, Hotel Residence Ulivi E Palme offers a tennis court and parking garage. It is next to the new Parco della Musica and 0.6 mi from Teatro Lirico. Wi-Fi is free. Rooms are really clean . Parking provided included in the rate.

FAQs about hotels in Cagliari

Sardinia in a Nutshell

The Sardinian capital, Cagliari has a historic old town, busy port and one of the island’s best beaches. The sweeping stretch of sand at Poetto has great summer nightlife, and just inland is Molentargius lagoon, where flamingos nest against the backdrop of the city.

Cagliari is spread over a small hill and the oldest part – Quartiere Castello – lies at the top. There are far-reaching views from Bastion San Remy, its main entrance point. Medieval city walls lead from here to the simple cathedral, and nearby is the 18th-century Palazzo Regio.

By one of the original city gates is the National Archaeological Museum, housing a collection of Phoenician and Roman artifacts from the city’s Tuvixeddu Necropolis. There are also displays of the nuraghic civilization whose former dwellings pepper Sardinia. The most impressive is Su Nuraxi north of Cagliari.

Just outside the walls are remains of a Roman amphitheater, next to the university botanical gardens. Orange tree-lined streets descend the hill towards the seafront where restaurants and bars can be found. Cagliari FC play at Sant’Elia Stadium along the coast and opposite is the Sardinia International Fair, an important conference venue.