Be a Booker. Search hotels and more in Beirut

All 94 hotels and more in Beirut
Show map

Located in Beirut, a 2-minute walk from Hamra Street, Loft 29 Residence features rooms with city views and free WiFi. I LOVED this place and when I visit Beiruit again, I will stay here again! Everything was perfect! Location was superb, very central in Al hamra street and there are many shops/stores/restaurants within walking distance, for example barbar restaurant and Starbucks is a 1 min walk! Hotel is super clean, comfortable and spacious which made me feel at home. The hotel pictures you see online are very accurate. Cleaning service is very good and the bed sheets and towels always smelled amazing! Check in was super smooth and was handled by Moussa, the most friendly and helpful person ever! The best thing was that he had an operation Whatsapp number and you can ask him anything with a simple Whatsapp text with a perfect response rate, so convenient!! The concierge guys, hamada and Ali where also so helpful with any of our needs and concerns, so friendly and welcoming! 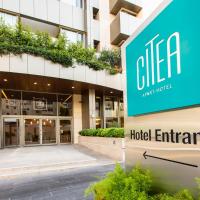 Strategically nestled in the heart of Ashrafieh, minutes away from the airport and in close proximity to the capital’s most famous landmarks, including ABC mall, Hotel Dieu Hospital, Sassine Square,... The staff was very friendly. They made me feel at home with the greetings and remembering a few details from my previous stay. 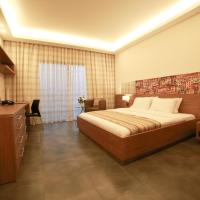 Set in Beirut, 1.7 mi from Beirut National Museum, Urban Central Suites - Beirut features a restaurant, bar and free WiFi throughout the property. Free private parking is available on site. The best part of my stay was to chill at the rooftop pool, relaxing atmpsphere, ambiance and nice green trees... Food & cocktails were very delicious. Location is great, no traffic at all. There is everything u need around the hotel. Top facilities top hotel Highly recommended.......

Just a 5-minute walk away from the beach, Grand Concerto Hotel is located in Beirut. Wi-Fi access is available. It offers a snack bar and a 24-hour front desk. Very friendly staff and the cleanliness of the place. Breakfast was delicious. 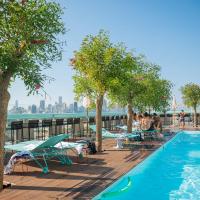 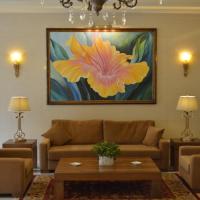 Located within 1640 feet of Hamra Street and open since 2014, the property is within 2.1 mi of Pigeon Rock, Rawcheh and Gemayzeh Street (Rue Gouraud). Location at Hamra main street is a big Plus. 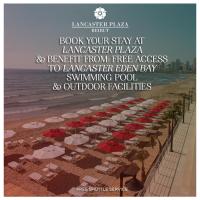 In central Beirut, Lancaster Plaza Beirut features luxurious rooms and suites with panoramic sea view, flat-screen TVs and free Wi-Fi. The staff are super friendly and want to assist in every possible way! 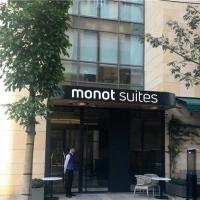 Located in Beirut, a 15-minute walk from Gemayzeh Street (Rue Gouraud), Monot Suites provides accommodations with a restaurant, free private parking, a fitness center and a shared lounge. Bed is very comfortable and rooms are spacious 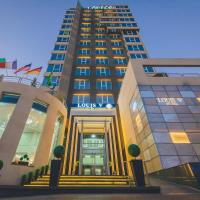 Located in Beirut, 7 miles from Gemayzeh Street (Rue Gouraud), Louis V Hotel Beirut has accommodations with a restaurant, free private parking, a fitness center and a bar. All stuff was excellent and friendly, reception, restaurant, bar. 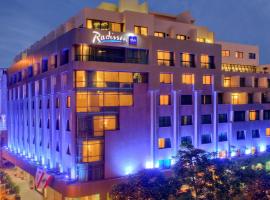 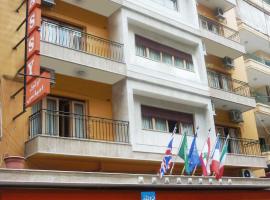 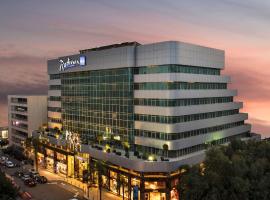 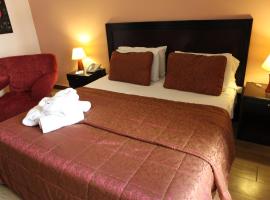 THE KEY Beirut is a centrally located four-star deluxe ApartHotel offering intelligently designed rooms and apartments for short and long stay guests.It's location makes it well placed for business... All what I needed as a business traveller I got... 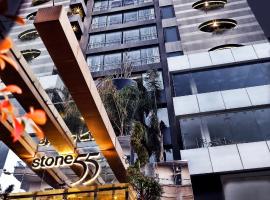 Warwick Stone 55 Hotel is located on Zalka highway. A brand new property with spacious and modern rooms, connected to ROMA Mall that will open soon, offering a variety of facilities and personalized... Very good staff and receipt ,helpful and they get you feel home ,,special thanks to Sinthia she was...

Located in Beirut, Q studios Hotel offers simply furnished accommodations. It offers free Wi-Fi in all areas and Beirut Downtown is a 5-minute drive away. The hotel is tastefully decorated, the room is comfortable with balcony and clean bathroom. 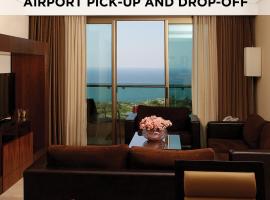 Lancaster Suites is conveniently located just steps from Raouche Rock and the Mediterranean seafront. It has rooms with balconies, free on-site parking and free airport pick-up and drop-off. Sahar M. was a very nice person which took care decorating our room for our Weddings Anniversary and... This 5-star hotel offers well-appointed rooms with a view of the mountains, ocean or Beirut. It has a full-service spa with a gym and an outdoor pool. It is located in Beirut. The staff were very approachable and helpful. The breakfast was good.

Radisson Blu Hotel, Beirut Verdun is a 5-star hotel located in Dunes Shopping center across from the ABC Mall Verdun. The Hotel features 127 luxurious rooms and suites. The location,staff and the breakfast was great and rooms were exceptional 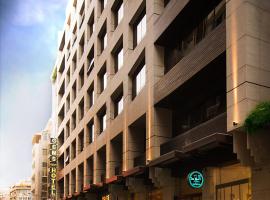 Gems Hotel offers modern accommodations in the heart of Beirut. Guests can enjoy free WiFi throughout the property. There is also an site restaurant. Very helpful staff, free upgrade to a suite!

In Beirut, Q-Hotel offers elegant rooms and suites featuring a classic French décor. It features free Wi-Fi and a restaurant that serves an open buffet for breakfast, along with 24-hour room service. reception staff & other staff very polite and professional approach with guest.. 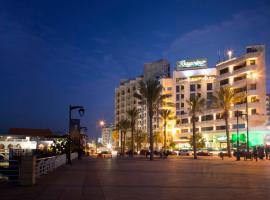 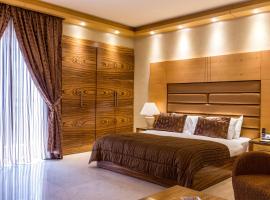 Located in Verdun Plaza Mall, this 4-star hotel offers air-conditioned rooms with free Wi-Fi and a satellite TV. It is 15 minutes’ drive from Beirut’s city center. Great location and large elegant rooms in comparison to other hotels 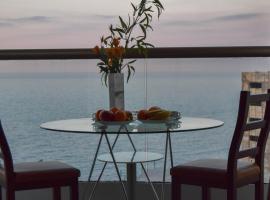 Just a 2-minute walk from the Mediterranean Sea, in the heart of Beirut, Ny Suites offers suites with a kitchenette and a private balcony. Massage services are available upon request. Great location and value for money. The room was extremely comfortable and clean. 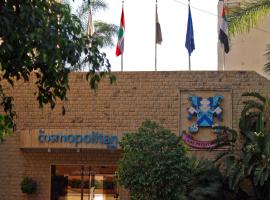 Located in the outskirts of Beirut, this 4-star hotel is only 6.2 mi from the Rafic Hariri International Airport. Leisure facilities include air-conditioned tennis courts and 3 swimming pools. - Staff was very professional and helpful. -Rooms were clean and spacey. 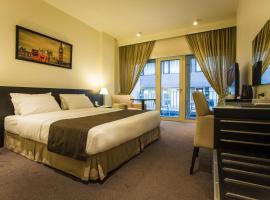 The Cavalier is a 4-star hotel centrally in Hamra within walking distance of the shopping and commercial district of Beirut. Staff was really nice and helpful with advice and tour bookings. 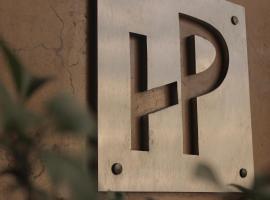 The Plaza Hotel is located right on bustling Hamra Street, in the heart of Beirut. We went for our first anniversary, Mohammed from the reception was extremely helpful, he arranged...

Located in Beirut, within a 13-minute walk of Pigeon Rock, Rawcheh and 0.8 miles of Hamra Street, Holiday Home Suites provides accommodations with a terrace and free WiFi as well as free private...

Located in Beirut, a 2-minute walk from Hamra Street, Loft 29 Residence features rooms with city views and free WiFi. I LOVED this place and when I visit Beiruit again, I will stay here again! Everything was perfect! 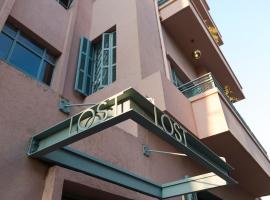 Set in Beirut and with Gemayzeh Street (Rue Gouraud) reachable within 984 feet, Hotel Lost offers a ticket service, allergy-free rooms, a restaurant, free WiFi throughout the property and a bar. I loved loved the decoration ! Loved my room !

King Suites Hotel is an 4-minute walk from the beach. This 4-star hotel is located in Beirut’s exclusive Raouche area, just 656 ft from the Mediterranean Sea. The hotel has a fitness room. Every thing and thanks for their great managment by mrs saria 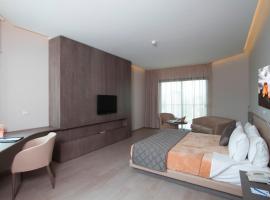 The Promenade offers spacious rooms with views of the Mediterranean Sea, Mount Lebanon, and Beirut City. There is also an Italian restaurant, a 24/7 coffee corner and a seasonal pool. It was an amazing hotel beyond expectations.

Located in Beirut, 6 miles from Gemayzeh Street (Rue Gouraud), The Ray Hotel and Studios has accommodations with a fitness center, free private parking, a bar and a shared lounge. The hotel is small but very clean. Staff is very helping. They have excellent gym. 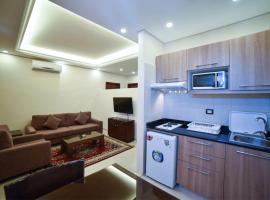 Ideally set in the Hamra district of Beirut, Al Jawhara Suites is located a 5-minute walk from Hamra Street, 1.5 miles from Pigeon Rock, Rawcheh and 2 miles from Gemayzeh Street (Rue Gouraud). Affordable and it's in the middle of the city, nice ppl.

FAQs about hotels in Beirut

Once called a “Paris of the Middle East,” Beirut is the Lebanese capital along the Mediterranean, flanked by the Lebanese Mountains. Severely destroyed during the Civil War, the city underwent major reconstruction and is now a vibrant place full of nightlife and shopping venues.

Beirut is often considered by many major media outlets to be one of the top cities in the world due to its cosmopolitan nature and commercial development. See it for yourself on Rue Verdun, the trendiest shopping area or the Central District, the city’s historical core, full of modern structures, dining venues and open public spaces.

Stroll down the tourists’ favorite, Hamra Street, featuring plenty of boutique shops, popular cafés and restaurants. Beirut is sometimes called the “Party Capital of the Arab World” so while you’re at it, dance the night off at the clubs at Rue Monnot.

For a bit of history mixed with upbeat nightlife, pay a visit to Achrafieh, one of the city’s oldest and most charming districts. Since Beirut has over 5,000 years of history, a visit to its National Museum and Archaeological Museum is a real treat.

Beirut Rafic Hariri International Airport is only a 10-minute drive from the city center and Booking.com has a variety of hotels and apartments in Achrafieh and Hamra for your perfect Beirut stay.