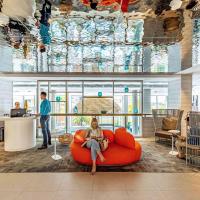 In the heart of the Principality of Monaco, it is a short walk from the train station, Place du Casino and Grimaldi Forum. The eggs too fluffy for my taste, but nonetheless not bad at all.

Boasting a rooftop terrace offering views of the Circuit de Monaco, Fairmont Monte Carlo is a 4-star hotel set between the Mediterranean Sea and the Casino of Monte Carlo. Hotel perfect good location good restaurant nice bar people there are friendly and helpful room was nice and good view see side i recommended this hotel certainly I will come back I want to see the formula 1 and full stay in hotel

Le Méridien Beach Plaza overlooks Monte Carlo and the Mediterranean Sea. It was a great location with clean rooms and friendly staff!

Entirely renovated in 2018 and offering a seasonal outdoor swimming pool with a sun deck lined with palm trees, Hôtel Columbus Monte Carlo overlooks the Mediterranean Sea, the Princess Grace Rose... The hotel staff - the reception woman and especially the concierge, Patrick - were fantastic. Very friendly and extremely helpful. Room was great. We had an excellent stay. 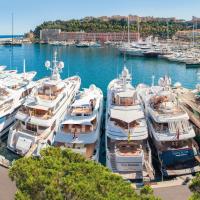 Port Palace is a 4-star boutique hotel in Monaco overlooking Port Hercule. This property is located in the centre of Monaco's legendary Grand Prix circuit and the Monaco Yacht Show. Amazing room with beautiful view on the boat.

Set in a palace in Monaco listed as an historic monument, Hôtel Hermitage is a luxurious five-star hotel featuring Belle-Époque décor just 200 metres from Monte-Carlo Casino. Best restaurant in Monaco - Vistamar , even better then the Grill in Hotel de Paris ! Wonderfull staff ! We will come back again for sure ... 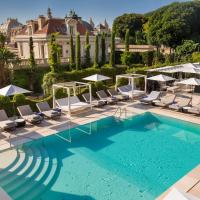 Hotel Metropole Monte-Carlo is located in the Carré d'Or in Monaco, less than 100 metres from the luxury boutiques and Casino Square. Everything was great, the room itself was OK

Set in a building dating from 1864 in Monte Carlo, Hôtel de Paris has a wine cellar and is located next to the Casino de Monaco. When in Monaco, stay on this Hôtel at least once. Wonderful experience 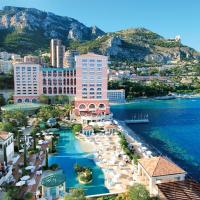 Situated on the Larvotto peninsula just 120 metres from the French border, Monte-Carlo Bay Hotel & Resort boasts 4 restaurants is surrounded by 4 hectares of gardens on the sea front. It’s amazing and lovely place, they treat us by amazing cookies & Fruit and juice inside the room which we like it. 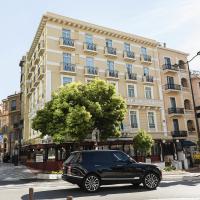 Located in Monaco, this elegant hotel offers guest rooms with free Wi-Fi access and a minibar. It is just 1 km from the Princely Palace and a 3-minute drive from Monte-Carlo Casino. The location, the staff everything is great Thank you for having us 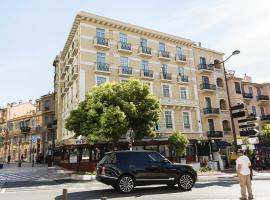 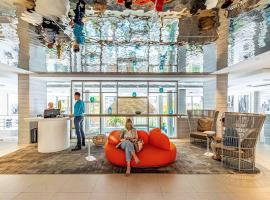 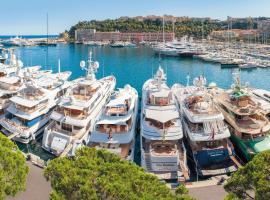 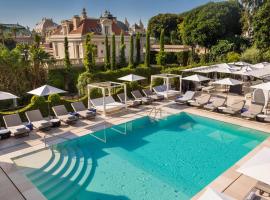 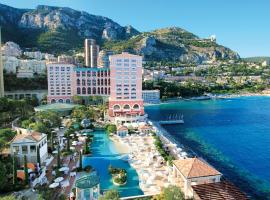 FAQs about hotels in Monte Carlo

Royal Glamour on the Glistening Riviera

Monte Carlo has made a world-famous name for itself in the worlds of sport and business, despite its small size. It is the largest district of the Principality of Monaco, covering a narrow strip of land at the foot of the Maritime Alps. For many, Monte Carlo is Monaco, and in reality it’s difficult to tell where one district ends and another begins.

What is clear is the wealth of its residents, which is no surprise given it’s a tax haven. Exclusive yachts line the marinas, and you’re almost as likely to see a Formula One driver leaving their house as you are to see them hurtling past during the F1 Monaco Grand Prix.

However, it’s the Monte Carlo Casino that it is the clear symbol of status. Its landscaped gardens add to a feeling of grandeur worthy of the European Poker Tour Final and the 2 James Bond films set here. Next door is the opulent Salle Garnier Opéra, built for ancestors of the present-day royal family, who reside in the Prince’s Palace by the historic Monaco-Ville district.

Whether you’re staying for the Monte Carlo Rally, an exhibition at Grimaldi Forum or simply to lounge on Larvotto beach, Booking.com has accommodation options ranging from cheap apartments to luxury hotels, some with helicopter transfers from Monaco Heliport.