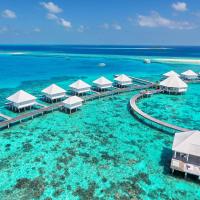 Guests are warmly welcomed at Diamonds Thudufushi Maldives Resort & SPAi Beach & Water Villas, which is surrounded by blue waters and white sand, against a tropical landscape. Very friendly personal. Excellent food both local and European with Italian deliveries. Fantastic cocktail bar. A lot of spaces given the relatively small amount of villas but with a good range of facilities and excursions. 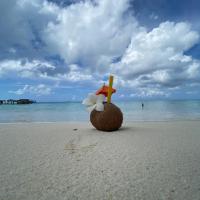 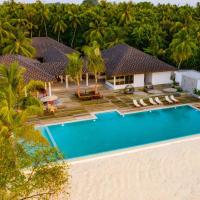 Located in Mandhoo, Fiyavalhu Maldives offers beachfront accommodations 328 feet from Mandhoo Beach and offers various facilities, such as a restaurant, a shared lounge and a garden. That was simply the best vacation in my life. Me and my husband stayed in the beach villa. The room was new and very clean, we had our own direct access to the beach. The staff was super friendly and the food was excellent. Also I have never seen such beautiful nature before. We already miss this place.

Sandy white shores and crystal-clear lagoons surround Constance Moofushi, a luxurious beach escape in Maldives' South Ari Atoll. It features a beautiful infinity pool, free Wi-Fi and a pampering spa. The first instants at the hotel were magical. It is heaven on earth. 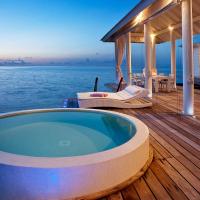 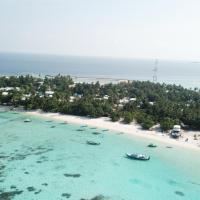 Featuring air-conditioned accommodations with a terrace, Origami Inn is located in Himandhoo. This bed and breakfast features a garden. Towels and bed linen are provided. 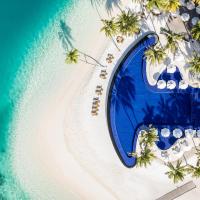 Set on 2 separate islands connected by a bridge, the luxurious Conrad Maldives Rangali Island offers spacious private villas. The water villa is huge and amazing, the staff were very helpful and caring for every need, i would definitely come back to this resort. 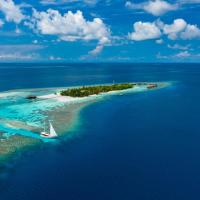 Named after a local flower, the tropical Mirihi Island Resort offers beachfront or water villas with free WiFi in the rooms and the property in Maldives' South Ari Atoll. I will start like this. Once upon a time in the middle of the Indian Ocean appeared and island called Mirihi, is as beautiful as its name which it took after the flowers called Mirihi We were felling ourselves in paradise where we had amazing food, unforgettable reef full of fishes, sharks, stingrays and turtles . We were enjoying amazing beaches with white sand , birds walking around . I want to say that staff in the island are the most friendly people, specially F&B manager who was so helpful and thanks to him for taking such good care about us. Chef who cooks foos like God, Rauf that was all the time there for us and made us feels at home, I hope one day he will become Guest manager as he was talking care of us like his best friends. I forgot the name of the person in the dining room who was making me ginger monitor for breakfast) he was always smiling and making nice jokes The only bad thing that happened it was small plantation that caused me severe rush but doctor took the best care of me and all staff was so nice and bringing me food in the room so to make me feel better Out villa 34 had amazing view and was always clean, it had the best reef amongst all the others in the island I strongly recommend this place if u want to disconnect from every day life and join small island that will open you door to underwater paradise with people whose heart make you feel so welcome. You need to go there …. I will always have small part of this small island that made me feel so happy in my heart PS Also special thanks to F&abs manager who found me chocolate at midnight when due to my rush I wanted to eat some chocolates 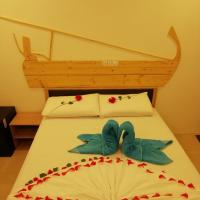 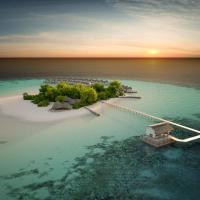 Nestled on the pristine island of Thelu Veliga, located in the South Ari Atoll, approximately 56 mi southwest of the capital, Malé, Drift Thelu Veliga Retreat features of its own magnificent house... The fact that it’s not too big of an island. So not many people around. Perfect retreat!