Search hotels and more in Hoofddorp

Hotels and more in Hoofddorp

All 24 hotels and more in Hoofddorp
Show map

Located 7 km from Claus Event Center, easyHotel Amsterdam Airport Schiphol provides rooms with air conditioning in Hoofddorp. I like the check in and facilities. 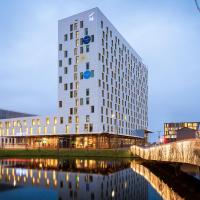 The new Novotel Amsterdam Schiphol Airport is located 200 metres from Hoofddorp station, providing direct train connections with Schiphol Airport, Amsterdam City Centre and and many more of the... We are so glad we chose this hotel. Firstly we were really amazed how good food was there in the hotel restaurant. Our room was so clean and spacious and quiet. Railway was very near to go to Amsterdam (25 minutes) and Schiphol Airport (4 minutes). I was suprised when we found out that in hotel room has free mobile phone with free Internet which you can take along when you are going to see the different places in Netherland. Thank you for such a good experience. I will definitely reccomend to stay in Novotel Schiphol Amsterdam Airport. 😊 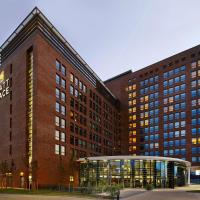 This 4-star hotel is located just a 4-minute train ride from Schiphol Airport. Hampton by Hilton offers free Wi-Fi and free use of the fitness centre. Everything was great, The room was so clean and comfortable, great beds, reception is perfect, food is perfect, location is perfect, you don't have to plan anything, you'll find everything you want there, even the price was worth it, you can find some tour offers, the train station was near, 5 € to Amsterdam city center, it is located in Hoofdroph, free airport shuttle, from and to the airport, breakfast was great, if your vegetarian or hallal eating... they will give you a delivery website to order dinner from... gym has treadmills and dumbbells, toilets are awesome, beds are so cozy, staff are perfect, lots of oxygen and clean fresh air, very quiet, free apples...

Holiday Inn Express features a free airport shuttle service to and from Schiphol Airport. It offers modern decorated rooms with free Wi-Fi and a free breakfast in the morning. everything else. great breakfast. 15 min walk to town shops and restaurants. a quiet place to rest between flights

Van der Valk Schiphol is 10 minutes’ drive from Schiphol Airport and 21 km from Amsterdam. Guests benefit from the free shuttle service and free WiFi throughout the hotel. Like probably most of other guests I was on a transit stay for my next morning flight from Schiphol. Everything was perfect. Breakfast was excellent and starts at 5.00(!) The hotel is also very good for those who visit Amsterdam, but like high quality hotel for a more or less reasonable price. Airport charters are done by proper bus, so there are no problems with seats.

NH Schiphol Airport offers comfortable accommodation and a wellness centre near Schiphol Airport. Whether you have to catch a flight or need a few days of rest, this NH hotel is a practical choice. The only hotel I will stay when I come to Amsterdam

This 4-star superior Courtyard by Marriott Amsterdam Airport is located in the green surroundings of the Haarlemmermeer Woods and offers a fitness suite with saunas and a business lounge. The family room was perfect for us and the room was very clean and comfortable.

Featuring a hotel bar, a separate smoking lounge and a 24-hour reception, this Bastion Hotel Amsterdam Airport is located in Hoofddorp at a distance of 5 km from Schiphol Airport. The location is excellent. Close to airport with free shuttle. They have a nice restaurant and full bar.

Located directly next to Schiphol Airport, Best Western Amsterdam Airport Hotel has a free shuttle service, which is available from 06:15 until 23:45 (every half hour). Everything, the pool, the gym, the food in the restaurant, the fact that there's a McDonald's in front of the hotel, the shuttle it's an actual bus with lots of space, the staff is super friendly and helpful. There was a little bug in my room and I called to have it removed they were so fast and cleaned it all. 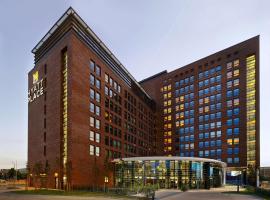 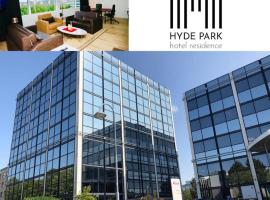 Situated in Hoofddorp, 6 km from Claus Event Center, Hyde Park Residence Amsterdam Airport features accommodation with a shared lounge and free private parking. The furniture is new.The view from my room was wonderful.The location is perfect.

Bastion Hotel Schiphol Hoofddorp is located near the A4, a 20-minute drive from Schiphol Airport and offers free airport shuttle service. Close to the airport, good service and nice restaurant. 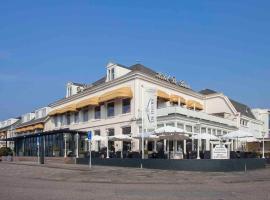 This hotel is situated in the centre of Hoofddorp. With a bus stop 2 minutes away, you can easily reach the station with fast connections to Amsterdam, Schiphol and Haarlem. Primarily location and cleanliness

Crowne Plaza Amsterdam Schiphol is a luxurious 4-star hotel only a 10-minute drive from Amsterdam Airport Schiphol. This property offers a free Airport shuttle service. The front desk staff were helpful in my eccentric desire for the discount cards to various...

FAQs about hotels in Hoofddorp

Hoofddorp represents one of those typical Dutch engineering marvels. Created after the draining of a lake and surrounding marshlands, it is today a mix of the traditional Dutch and ultimate modernity. Hoofddorp is located next to Schiphol International Airport and less than 30 minutes by train to Amsterdam city centre.

Founded in the mid-19th century after the draining of the Haarlemmer Lake, the town still maintains old typical houses, an old fort, and the 1856 windmill called ‘De Eersteling’, or ‘The First’. But the town is mostly known today as a tranquil suburb of Amsterdam, as well as an important hub where several companies have built their modern headquarters.

From Hoofddorp Railway Station you can reach the main hall of Schiphol International in less than 10 minutes by train. Links to Leiden, Utrecht and The Hague are also available, as well as numerous bus lines.

Hotels in Hoofddorp can be found in the city and near the railway station, but most of them are actually in the premises of Amsterdam Airport. Booking.com offers a variety of deals in and around the town.