Search hotels and more in Coimbra

Hotels and more in Coimbra

All 225 hotels and more in Coimbra
Show map

This recently renovated 5-star hotel is situated in a historic medieval palace. It features botanical gardens and a state-of-the-art spa with views across Coimbra. The staff was super friendly.The gardens are beautiful. The breakfast wonderful. 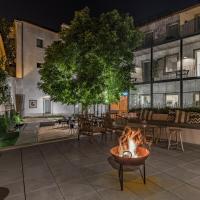 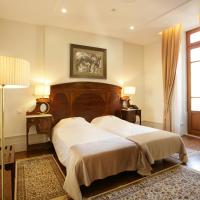 Set in Coimbra, 600 metres from S. Sebastião Aqueduct, Hotel Ibn-Arrik offers accommodation with a bar, private parking, a shared lounge and a garden. - the décor was exceptional, tying into its name - the Wifi was good - the parking was tight, but adequate - the location was handy for access to the university and historical sites 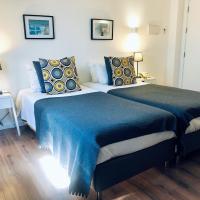 Hotel Botanico de Coimbra is located in Coimbra, just 200 metres from Coimbra University and its Botanical Gardens. The unit is a 10-minute walk from the city’s historical centre and República Square.... My family and I thought that Hotel Botanico Coimbra’s staff treated us exceptionally well. Every morning we were greeted with warm smiles and useful tips and information whenever we needed it. The location of the hotel was very ideal for our travels. We never had to travel far to get to where we wanted to. If you’re looking for a hotel with a cozy environment, great location and hospital staff, Hotel Botanico Coimbra is the place for you to stay.

Hotel Ibis Coimbra Centro overlooks the Mondego River and is 300 metres from Coimbra A Train Station. The historical town centre of Coimbra is 200 metres away. Free WiFi is available. Was very convenient to the town centre and train 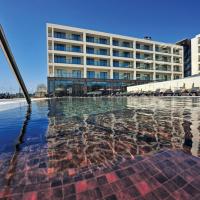 Overlooking the Mondego River in Coimbra, the Vila Galé provides warmly decorated rooms with a dance theme. It offers free Wi-Fi, indoor and outdoor swimming pools and various spa treatments. One of the best hotels I had been, the breakfast was amazing, the staff are volunteers to help me in every time I need; I will book it a again and again and I recommend it.

Oslo is a family-run hotel situated 50 meters from the station with views over the city and its historical University. It offers recently renovated rooms with free Wi-Fi. Breakfast room and terrace are fantastic. Room and bathroom are clean and smells good. Bathroom is spacy and hot water is great for shower. 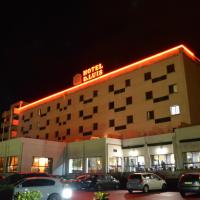 With panoramic views over the city of Coimbra, the Hotel D. Luís is located just a few minutes from the city centre. Very friendly and helpful personnel. 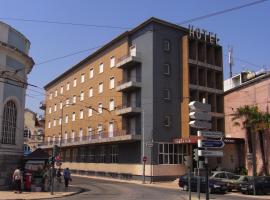 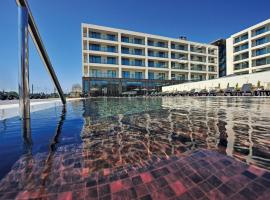 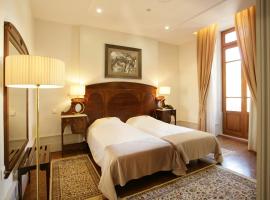 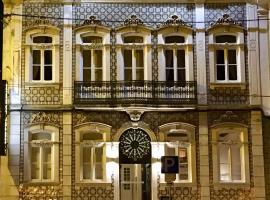 With a façade featuring wall tiles and an ornate door, Hotel Jardim is a historic building dating back to 1902. The room was simple but clean and comfortable. A good night's sleep both nights. 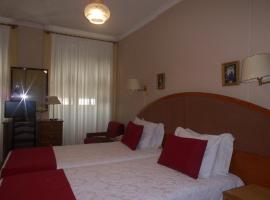 Overlooking the picturesque River Mondego, Hotel Larbelo offers air-conditioned rooms with a seating area and a private bathroom. Some rooms include a view of the river. Location has to be absolutely the best.

TRYP Coimbra enjoys a hill-top location in Coimbra, just 100 metres away from the University Hospitals. The hotel bar features live music once a week. Big room, handy bar with light food in big lobby, free parking in public lot in back. 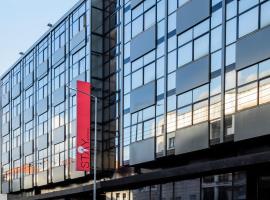 The Stay Hotel Coimbra Centro is situated in the heart of Coimbra city centre, at a short walk from the Mondego River and 300 metres from the Coimbra Train Station. The receptionist very considerately alloted us a room with a great vview

Hotel Bragança offers a 24-hour reception and free Wi-Fi, just opposite the Coimbra-A Train Station. The Portugal dos Pequenitos theme park is a 10-minute walk away. The breakfast was up to standard.

This recently renovated 5-star hotel is situated in a historic medieval palace. It features botanical gardens and a state-of-the-art spa with views across Coimbra. The staff was super friendly.The gardens are beautiful. The breakfast wonderful. 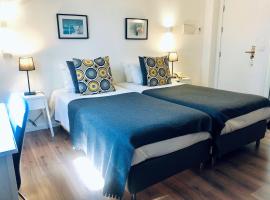 Hotel Botanico de Coimbra is located in Coimbra, just 200 metres from Coimbra University and its Botanical Gardens. The unit is a 10-minute walk from the city’s historical centre and República Square.... My family and I thought that Hotel Botanico Coimbra’s staff treated us exceptionally well.

Hotel Ibis Coimbra Centro overlooks the Mondego River and is 300 metres from Coimbra A Train Station. The historical town centre of Coimbra is 200 metres away. Free WiFi is available. Was very convenient to the town centre and train

FAQs about hotels in Coimbra

A Seat of Learning and Royalty

Portugal’s medieval capital, and a pioneer of fado music alongside its modern counterpart Lisbon, Coimbra is a vibrant university city with a good helping of historic sights.

The university is the country’s oldest and its attractive buildings cover a small hill overlooking the Mondego River. The institution has an excellent science museum, the ornate Joanina Library, and one of the world’s oldest botanical gardens which contributes to the lush landscape.

The midweek nightlife in the city’s bars and restaurants is popular with students, while shopping options range from the stores of the CoimbraShopping complex to smaller boutiques on cobbled streets in the historic Baixa district.

The medieval centre houses the museum of Coimbran sculptor Machado de Castro and the Old Cathedral, begun under the reign of the first Portuguese King, Afonso Henriques. He is buried in Santa Cruz Monastery, while the tomb of a later queen – Elizabeth of Aragon – is in the Monastery of Santa Clara-a-Nova. She founded this hilltop convent to replace flood-prone Santa Clara-a-Velha below. Between them is Portugal dos Pequenitos where Portugal’s main monuments are reproduced in miniature.

Nearby is Quinta das Lágrimas, a 19th-century mansion that is now a luxury hotel on Booking.com. Also available are cheap hostels and guest houses near the 2 main train stations.