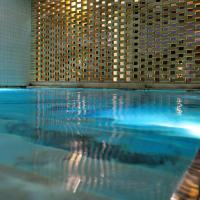 With a contemporary, minimalist décor, the 4-star Évora Olive Hotel offers accommodation in the heart of Évora and features free WiFi throughout. The staff was very helpful. Modern big hotel. Very big rooms. 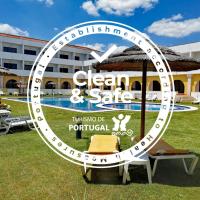 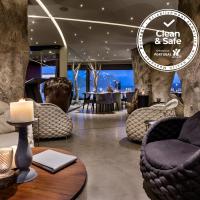 Located just 600 metres from the Capela dos Ossos, this hotel with 24-hour reception offers a rooftop bar and terrace overlooking historic Évora. A true 4 stars’ hotels! A modern wood design with very nice choice of colours made this hotel a unique place. The rooftop swimming pool is truly amazing with a view on all the old city. The restaurant is amazing with several amazing dishes not too expensive. All rooms have a balcony… If you search a modern hotel with taste, go for it. It was an amazing way to finish our trip in Portugal. 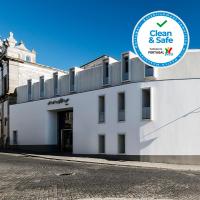 Featuring minimalist-style interiors, the eco-friendly Moov Hotel Évora is set in a former bullring in Évora city centre. It offers an interior courtyard and free WiFi access. Appreciated the close location to all the sights we wanted to see. Comfortable, clean rooms. The staff were friendly and helpful. Breakfast (added cost) was great. Hard to believe it’s only 2 star.

Located just a 5-minute walk from the historical medieval walls of Évora, Vila Galé Évora offers high standard accommodation and access to both indoors and outdoors pools. What did I like ? Absolutely everything! The staff was amazing .. helpful, friendly, professional. The food was great .. room service took less than 30 min to arrive and the food was delicious. The pool, Turkish bath and sauna were clean and the water delicious! The room was amazing .. and the location was perfect. 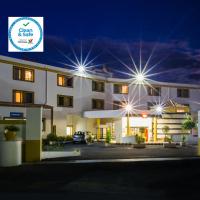 This hotel is just a 5-minute walk from Évora’s centre, a UNESCO World Heritage Site. It has a spacious terrace and a 24-hour front desk. 6 minutes walk from city center, very quiet and clean, SUPER staff! Free parking also (not a lot of spots but they also have other spots for payment, 3 euro for 24 hours, so super good). I totally would come back there 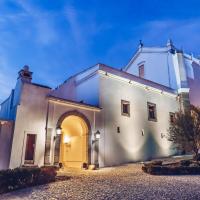 Surrounded by 80 000m² of beautiful gardens, this 5-star hotel is 4 km from Évora city centre and housed in a renovated 15th-century convent. It offers a piano bar and free parking. Historic building nice staff friendly ambience

With an ideal location inside the walls of the historic city of Évora, Albergaria Do Calvário is a 4-star hotel housed in a 16th century olive oil mill. Free Wi-Fi is available. Excellent location , beautiful place and amazing staff 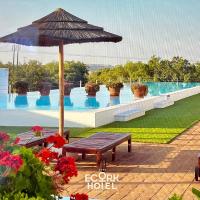 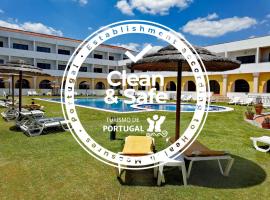 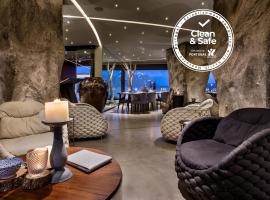 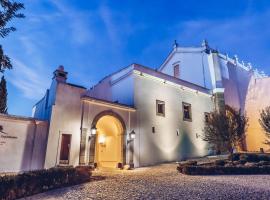 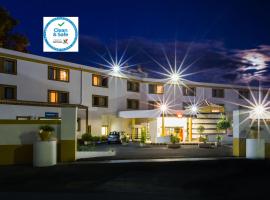 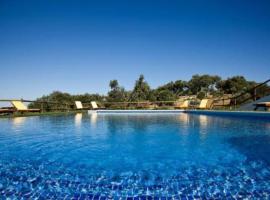 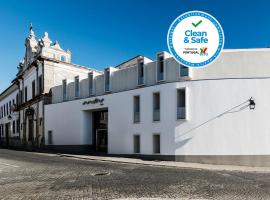 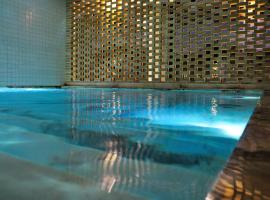 Located just 600 metres from the Capela dos Ossos, this hotel with 24-hour reception offers a rooftop bar and terrace overlooking historic Évora. A true 4 stars’ hotels! A modern wood design with very nice choice of colours made this hotel a... The Albergaria Solar de Monfalim is situated in a 16th century Renaissance palace located in the heart of historical Évora. It features 2 terraces and serves a traditional buffet breakfast daily. Location and historic character. It was beautiful. 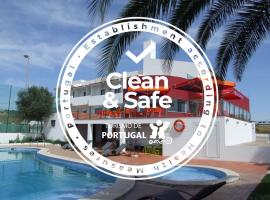 Casa Do Vale is peacefully located on the outskirts of Evora. It features an outdoor pool surrounded by a landscaped garden and offers rooms with balconies and panoramic views of olive groves. Great location just outside the city with parking. Nice pool

This 18th-century property is located less than a 10 minutes' drive from Évora city centre. Very peaceful place, surrounded by hills and trees, but at the same time very close to the center of...

This hotel is just a 5-minute walk from Évora’s centre, a UNESCO World Heritage Site. It has a spacious terrace and a 24-hour front desk. 6 minutes walk from city center, very quiet and clean, SUPER staff! 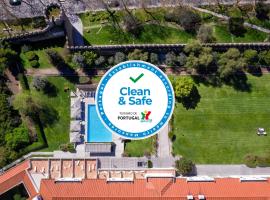 The 4-star hotel in Évora’s historic centre is just a 5-minute walk from Giraldo Square. It offers a spacious outdoor terrace with sun loungers and a pool in the garden. The room was great, spacious and the pool is big and there are many pool chairs for everyone.

FAQs about hotels in Évora

Antiquity and Architecture in the Alentejo

Évora is a beacon of heritage in the heart of rural Portugal. Life is played out among narrow, cobbled streets and whitewashed buildings that provide welcome shade. Most buildings are decorated with blue or yellow trim, giving this laidback city a coherent feel.

Blue tiles adorn the incredible interior of the Misericórdia Church, and the Church of St John the Evangelist also features this typical Alentejo style. The most outlandish is the Church of St Francis where one chapel is created entirely from human bones and skulls.

The Gothic cathedral has a peaceful cloister and next door is Évora Museum with its collection of medieval, Islamic and Roman artefacts. In the large square in front sit remains of the Roman Temple, and Roman bath ruins lie under the town hall.

The Palace of the Dukes of Cadaval has a turret-like tower, similar to those in the city walls. One of Évora’s most impressive monuments – the 16th-century Silver Water Aqueduct – passes right through the walls and used to end in large Praça do Giraldo, the city centre’s main square. Some of its stone arches have been cleverly bricked in to create bars and restaurants.

Booking.com’s accommodation in Évora includes luxury hotels with pools, cheap hostels near the train station and guest houses by the university.