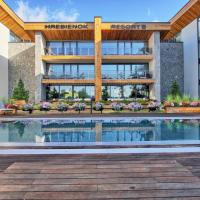 Apartmánový hotel HREBIENOK RESORT sa nachádza vo Vysokých Tatrách, 10 km od Lomnického štítu. Ponúka ubytovanie s reštauráciou, bezplatným súkromným parkoviskom, barom a spoločenskou miestnosťou. The hotel is amazing. Together with children we stated in superior Family room 2+2+1. The apartment is very spacious, separate bedrooms for us and children, 2 bathrooms (one located directly in bed room), big and cozy living room area, 2 balconees with nice views. Kitchen area has everything you need for making snacks or quick meals. Breakfast was also very delicious, meniu was slightly changed every day. The apartment nicely decorated, cleaning can be done every day if needed. Dedicated parking place was also very important as the hotel is in the centre of Stary Smokovec. Many hiking routes nearby the hotel. We would be happy to come back in winter for skiing season. 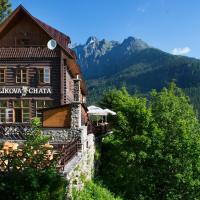 Novo zrekonštruovaný hotel Atrium sa nachádza 300 metrov od lanovky na Hrebienok a Starého Smokovca a ponúka útulné izby so súkromnou kúpeľňou s balkónmi a prístupom na internet. Very firendly stuff, helps with everything, nothing was a problem for them, rooms are very clean and quite new, welness is great , free of charge , not limited by time, and is split in 2 parts (2floors) one ends 10pm(adults only) another is until midnight for kids also, which is very good if u came late from your trip in Tatry, hiking or so, also has clean showers, not very crowded. We had a small room , but was just enough for two, clean shower and toilet. Resturant open till 10pm, bar and bowling in the building both till 1am. Food was excelent, breakfast bufet offers wide choices, and also dinner, not to expansive too if you book only B&B. I would add, this it is mostly a family kind of hotel. You get lots of activities for childern available within the buliding. And just outside the hotel above carpark (which is free) , u have a small hill for beginers and can use sledges also. Seen many kids playing there all day. It is an excelent value for money especially for families with children or couples. I would go there again for sure. Also on the day of departure u can leave your car there, enjoy whole day outside, example nerby Hrebienok (600m) come back in evening and then take the trip home. (Saying this just because usually is very hard to find parking spot anywhere in the location, and it will be paid also) Vistors even mentioned u can use welness until 4pm on the departure day, but I did not ask the hotel stuff to confirm, we did not need that, spent the night before 3 hours there in saunas and pool, and was simply enough. We chose to go to the hills instead. 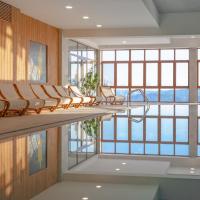 Hotel Grand Bellevue sa nachádza v Starom Smokovci na úpätí Vysokých Tatier a ponúka vám krytý bazén, wellness centrum, 2 reštaurácie a nočný klub. It was our fist stay in the hotel - we spent there 3 nights during our summer vacation. It was a pleasant stay, we enjoyed the location that was close to center of Stary Smokovec. The appartment (DeLuxe Grand) that we had was rather spacious and nicely clean. Also we were lucky and got the appartment upgraded. We really liked the wellness and the pool facility in the hotel. We appreciated as well flexibility with later check-out that allowed us to enjoy the swimming pool as well onthe last day. The breakfast was fine as well. Parking was convenient. We can recommend the hotel and we will stay there again in the future. 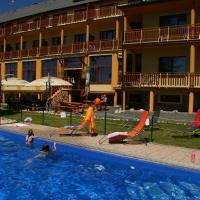 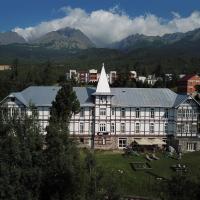 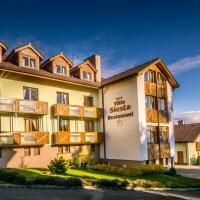 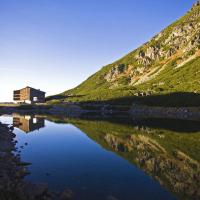 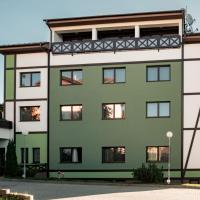 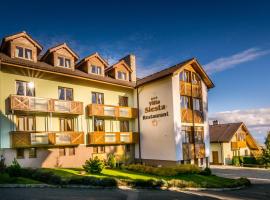 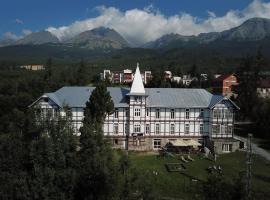 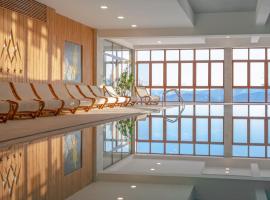 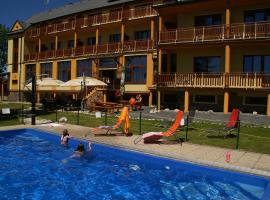 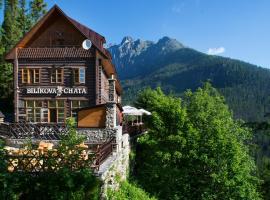 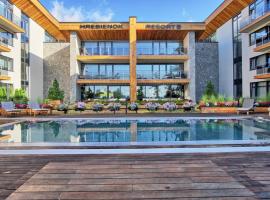 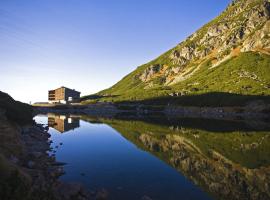