Be a Booker. Search hotels and more in Kiev

Hotels and More in Kiev

All 2488 hotels and more in Kiev
Show map 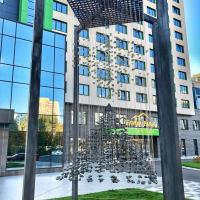 Favor Park Hotel is located in Kiev, 2 mi from Expocentre of Ukraine. This 4-star hotel offers a 24-hour front desk. The property is 6.8 mi from Olympic Stadium and from St. Volodymyr's Cathedral. Thank you for your service See you again Best regards 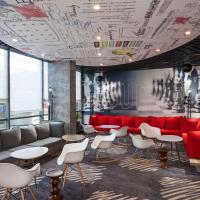 ibis Kiev Railway Station is located in Kiev, just a 2-minute walk from Kiev Train Station and international airport shuttle bus stop. Fully equipped conference rooms and free WiFi are featured. You can go to the airport via Skybus directly. 5 minutes walk to subway. Rooms are well designed, quiet and clear. Breakfast is beyond my expectations. Around 6 sorts of cheese, fruits, pastries( not so good), sorts of eggs and vegetables. Staff are very helpful.

Located in Kiev, within 8 miles of St. Cyril's Monastery and 8 miles of St. Very good value for the money. Clean and cosy. Attentive staff. Facilities are new and good quality. Tasty food in the restaurant.

Located in Kiev, within 6 miles of State Aviation Museum and 7 miles of Expocentre of Ukraine, Ангел комфорт has accommodations with a bar and free WiFi as well as free private parking for guests who... Early check in, really quality service from their side 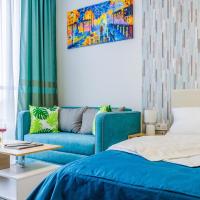 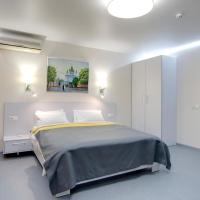 Conveniently set in the Pecherskyj district of Kiev, Arena Summit Apart Hotel is located a 16-minute walk from Olympic Stadium, 1.2 miles from St. Nice location, neat facility and friendly staff. 10/10 for this price. 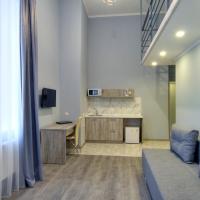 Attractively set in the Shevchenkivskyj district of Kiev, Grand Apartments is located a 10-minute walk from Saint Sophia Cathedral, 0.8 miles from Shevchenko Park and a 17-minute walk from St. amazing staffz cleanliness was top grade 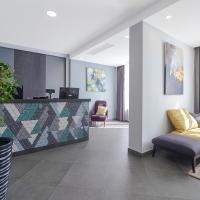 Favor Sport Hotel features air-conditioned rooms with flat-screen TV in the Holosiivskyj district of Kiev. Featuring a 24-hour front desk, this property also provides guests with a restaurant. The room was very comfortable and clean with nice staffs and food 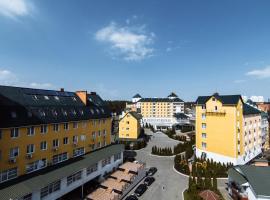 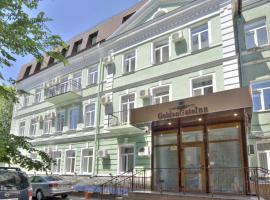 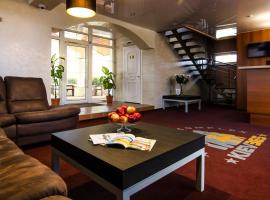 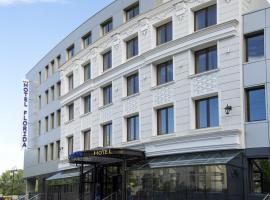 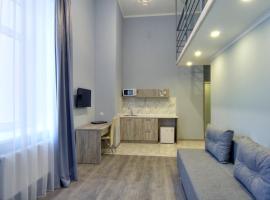 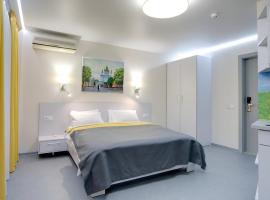 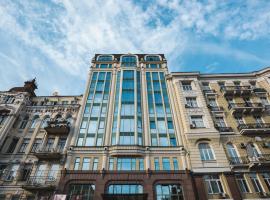 In the heart of Kiev, the 11 Mirrors Design Hotel provides free Wi-Fi, contemporary-style interiors and European cuisine. 5star hotel thanks for all staff for all support clean hotel food is great beds are comfortable

Free WiFi is offered at this hotel, located 20 minutes’ drive from Kiev Train Station and 1476 feet from the Ring Road. There are 3 swimming pools available at surcharge. Rooms feature a mini-bar. The hotel was clean and bright. I stay at this hotel every time I visit and the rate is reasonable.

Featuring free Wi-Fi and a sauna, this hotel is located just 328 feet from Nyvky Metro Station in Kiev. Each room offers a flat-screen TV, and the quiet Nyvky Park is a 2-minute walk away. It was all perfect. I highly recommend it. 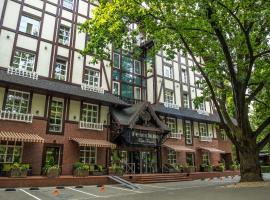 Offering free Wi-Fi and a daily breakfast buffet, the modern hotel provides a quiet location in an urban setting. Guests can enjoy a 24-hour reception at the hotel, located in Holosievskiy Park. The girls from the SPA did a fantastic massage! Highly recommended for men! 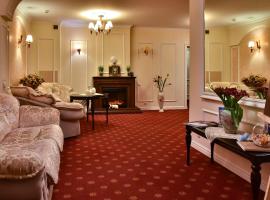 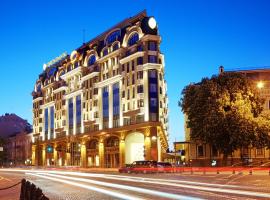 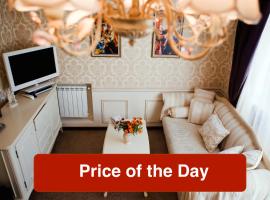 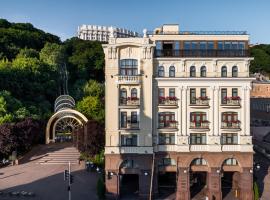 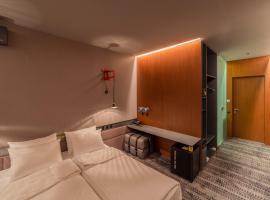 Design Hotel Road is designed in road trip style. It features air-conditioned rooms decorated with a car themed elements of the interior design. We stayed in the Road Hotel. It was much nicer than we expected. The room was extremely clean.

Located in Kiev, 4.3 miles from St. Cyril's Monastery, Fortetsya Park-Otel provides accommodations with a restaurant, free private parking, a bar and a garden. Amazing place to take a rest in a cozy atmosphere house. Super kind and helpful staff.

Offering free WiFi, Twin Apart Hotel is located in the centre of Kiev, 8-minute walk from Druzhby Narodiv Metro Station. Free private parking is available. We have got a bigger room than we expected because of the misunderstanding about our child's...

A 15-minute drive from Kiev International Airport, Kiev 365 Hotel features free WiFi and free parking. A free round-way shuttle service throughout Kiev can be arranged upon request. This hotel was fantastic fiirt class in everyway. 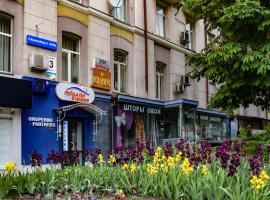 Located a 4-minute walk from Palats Ukraina Metro Station in Kiev, Seventh Heaven Mini Hotel on Shchorsa feautres free WiFi and flat-screen TV with satellite channels. The lady who works there is probably the loveliest person in the Ukraine. 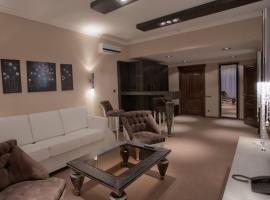 Featuring free Wi-Fi throughout, Orly Park-Hotel is set on the grounds of Orlyatko Park in Kiev. It features an indoor children playground and guests can enjoy their meals at the on-site restaurant. everything were perfect absolutely!)

Featuring free Wi-Fi, a free car park and air-conditioned rooms, Incognito Boutique Hotel is located in the city center of Kiev, just a 15-minute walk from Khreschatyk Street. I love Alina as she was so helpful and caring. The staff were excellent. 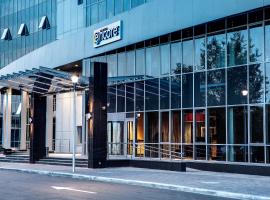 Offering free Wi-Fi, this 4-star hotel is located in the Holosiivsky District in Kiev. It features a fitness center, and connected to Atmosfera Shopping Mall and Entertainment Center. I loved this hotel! Rooms were very clean, friendly staff, plenty food for the breakfast !

Cityhotel Apartments offers self-catering accommodations in Kiev, within a 10-minute walk of Universitet Metro Station. there is little to say other than it was one of the nicest places I have ever stayed at based on my... 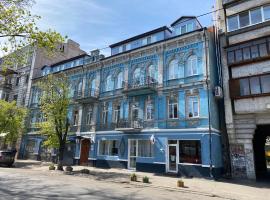 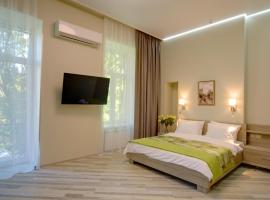 Well situated in the Shevchenkivskyj district of Kiev, Summit Apart Hotel is located a 14-minute walk from St. Absolutely amazing location,very modern room,little balcony which is a huge pluc,a/c,very... 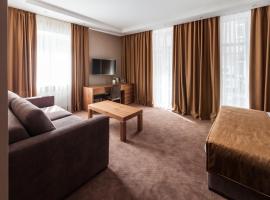 Located in the central Kiev, Crystal Hotel offers free WiFi throughout the property and secured parking on site. The hotel is 656 feet from Khreshchatyk metro station and Maidan Nezalezhnosti. Great staff, amazing location and service are key points of Chrystal Hotel. 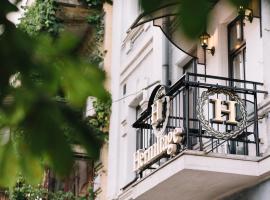 Conveniently located in the Shevchenkivskyj district of Kiev, Smart Apartment in Kiev Center is located a 5-minute walk from St. 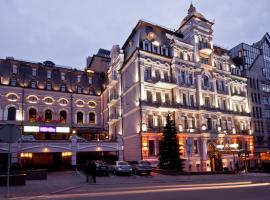 In the heart of Kiev, this boutique hotel features elegant rooms with antique furniture and satellite TV. The facilities include a spa. Free private parking is available on site. Having been in kiev several times I can comfortably say that Opera Hotel is my favorite one and an... 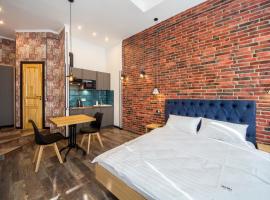 FAQs about hotels in Kiev

One of Eastern Europe’s oldest cities and the Ukrainian capital, Kiev is a hospitable city with lots to offer from historical heritage to inspiring architecture and modern commerce centers. So jump on Kiev’s impressive metro and enjoy the ride!

The city features many pious places with golden-domed and cave monasteries, orthodox churches and cathedrals. Among the most famous is Kiev Pechersk Lavra, one of Ukraine’s most important monasteries, founded in 1077 by St. Antoniy. Another is St. Sophia’s Cathedral housing the world’s largest collection of frescoes and mosaics from the 11th century onwards.

Kiev is not only known for its sacred buildings, it's also very rich in the people’s history. Over 40 different museums are visited by millions of guests every year. It includes the Museum of the Great Patriotic War with a stunning, more than 330-foot tall monument of Mother Motherland.

After a day of sightseeing, make sure you visit local bars and restaurants for a selection of Ukrainian cuisine: the delicious Borscht, pancake-like Mlyntsi or the unique Kvas, which is a brewed bread drink.

Whether you’re flying to Boryspil International or Zhulyany airports, the center of Kiev is just a short ride away. With over 280 properties, Booking.com has a selection of apartments and hotels near the airport and downtown.