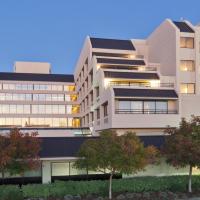 This Foster City hotel is off Highway 92 and one mile from San Francisco Bay. Crowne Plaza Hotel Foster City- San Mateo rooms include a flat-screen TV, a coffee maker and a refrigerator. Great location for both Airports .

Located in Foster City, TownePlace Suites by Marriott San Mateo Foster City provides studios and suites with kitchens and kitchenettes. All rooms provide free WiFi. Everything!!! They staff was excellent the room was beautiful and spacious 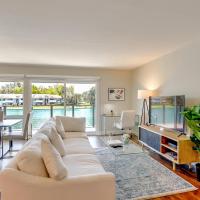 Urban Flat Apartments @ Foster City is located in Foster City and offers an outdoor swimming pool and a terrace. The air-conditioned accommodations is 11 mi from Half Moon Bay. 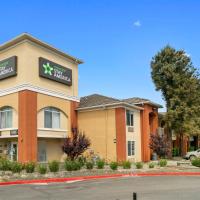 This Extended Stay America - San Francisco - San Mateo - SFO is located in San Mateo and especially designed for longer stays, with all rooms featuring a kitchenette. Quiet and comfortable. Easy to get in and out of parking lot.

Located 20 minutes from the Shoreline Amphitheater and 10 minutes from San Francisco International Airport, this Marriott hotel features rooms with fully equipped kitchens. We had a room for 3. The room was large and clean. Very good atmosphere. Staff is very friendly. Breakfast was included to the room price and was really delicious and had variety of choices. 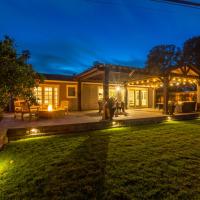 This San Mateo hotel provides free hourly shuttle services to and from San Francisco International Airport. It features an outdoor pool with jacuzzi and rooms provide 32-inch flat-screen cable TV. I chose this hotel because it was close to a testing site I needed to be at early the next morning. Craig, at the front desk, was beyond kind and so helpful. The room was lovely and very comfortable!

Featuring an outdoor pool, the Hyatt House Belmont Redwood Shores offers accommodations in Belmont. Free WiFi is available. Staff are helpful and friendly. Location is good. Breakfast is one of the best.