Be a Booker. Search hotels and more in Rincon

Hotels and More in Rincon 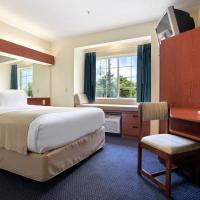 This South Rincon hotel is located along Highway 21 and features free Wi-Fi. Guest rooms include a flat-screen with Direct TV. I liked that it was local to where I need to be, entrance to the property was confusing and should be included in the welcome confirmation email. Working in the hospitality industry I observed maintenance issues that when resolved would enhance the stay for other guests. Overall a pleasant stay and will return.

The Quality Inn & Suites Savannah North is located off Interstate 95. It was close to highway and stores . Staff was very nice . 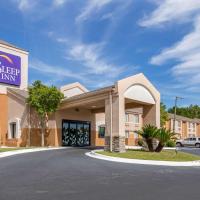 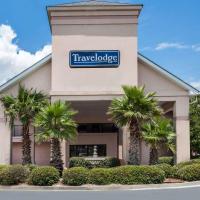 Just off Interstate 95 and less than 5 miles from Port Wentworth, this hotel features free Wi-Fi and a daily continental breakfast. Central Savannah is less than 11 miles away. Very nice room. the name doesn't fit the value you get inside.

This Port Wentworth hotel is less than a 10 minute drive from Savannah/Hilton Head Airport. It features an outdoor pool and a daily continental breakfast. Rooms include free Wi-Fi. Non smoking rooms but the person in the room next to me was smoking, which causes my room to smell like smoke. No phone service in room to call front desk 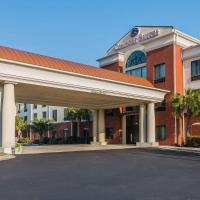 The Comfort Suites Savannah North is located just nine and a half miles from the historic city of Savannah. The customer service was excellent. The rooms were clean. The breakfast was good.

Ideally situated close to I-95 and only moments from Savannah Hilton Head International Airport, this hotel offers contemporary accommodations, complete with many of the comforts of home. The location right next to the I-95 is convenient. The noise from the highway was not bothersome. We liked the bed - it was firm enough for me to like it and soft enough for my husband. Pillows were nice. Bathroom was good. We liked that we could get hot water for our evening tea. There is a Mexican restaurant (Agave) close by where they serve good food. The music is loud though as it also has a bar. As vegetarians and health food lovers the typical American hotel breakfast doesn't meet our standards but we enjoyed the hot tea and bananas. 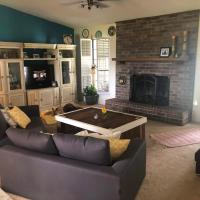 Located in Port Wentworth, WELCOME SAVANNAH BEATTY PLANTATION has self-catering accommodations with a patio and free WiFi. The property features garden views and is 10 miles from Rincon.