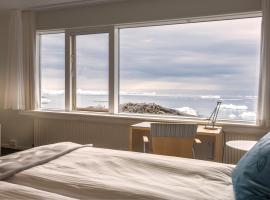 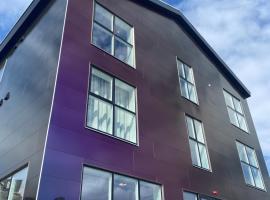 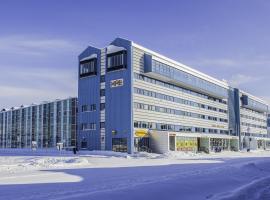 Boasting a fitness centre and a bar, Hotel Hans Egede is set in Nuuk, 6.7 km from Hundeø and 9.1 km from Târqo. Hotel Hans Egede is a living testimony to the success of the Danish Christian missionary´s, Hans Egede´s, endeavours in Nuuk in the eighteenth century. Standing unmistakenly in the very heart of Nuuk ( Godthaab ), one could say that it was Nuuk itself. Considering that Greenland, even today, is remote and with only a small, scattered population, the hotel provides most of the facilities one would expect in a top range hotel anywhere in the world. The reception lounge is extensive, with computer screens providing information on the latest flights situation in and out of the airport. The receptionists were always efficient, friendly and helpful. The two lifts ( elevators ) provide access to the many accommodation rooms and to the restaurant and bar on the fifth floor, where pleasing views may be had over the town. A ´full English´breakfast supplements the extensive buffet breakfast in the mornings and later in the day, and especially for dining in the evening, there is a choice of meals, particularly focusing on a variety of steaks, served by a number of dedicated waiters and waitresses. The bar nearby is extensive with large satellite screens. I visited in summer but I could imagine that the hotel were a warm, sturdy shelter in the midst of the winter storms. 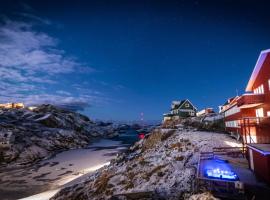 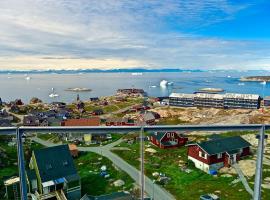 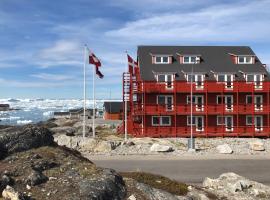 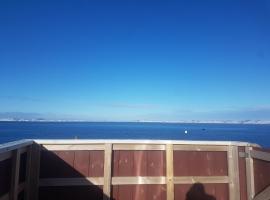 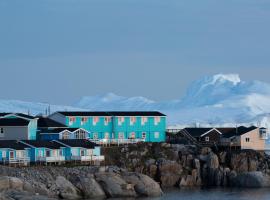 Dotato di un bar e camere con TV a schermo piatto, il moderno Hotel Icefiord si trova a 200 km a nord del Circolo Polare Artico, nella Groenlandia Occidentale, e a 1 km dal centro di Ilulissat. The hotel is located directly on the water, overlooking the bay. The weather creates a new scenery almost every day, which can be admired from the room as well as from the restaurant. The restaurant is top class: the dinner is of high quality and excellent in every way, the service friendly and attentive. The breakfast buffet is plentiful. The deluxe rooms were newly renovated and attractively furnished. And indeed, through the skylight, the northern lights could be seen for once - directly from the bed, it could hardly be more comfortable. Remarkable is the support and helpfulness of the hotel after my connecting flight in Kangerlussuaq was cancelled and I arrived at the hotel about two days later than originally agreed. 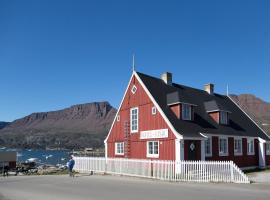 Facing the beachfront in Qeqertarsuaq, Hotel Disko Island has a bar and a shared lounge. The accommodation features a shared kitchen and luggage storage space for guests. Location very good and staff very helpfull 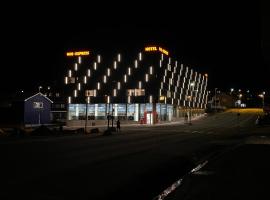 Boasting a restaurant, bar and views of sea, HHE Express is situated in Nuuk, 6.4 km from Hundeø. The accommodation features a 24-hour front desk and free WiFi is available throughout the property. Funzionalità della camera (SEA VIEW) collaborazione della receptionist 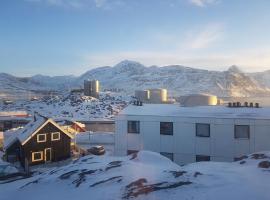 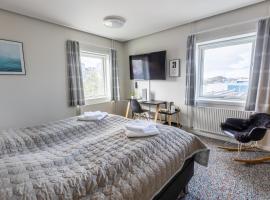 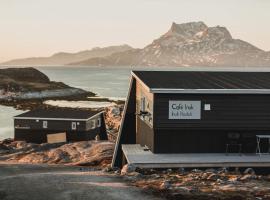 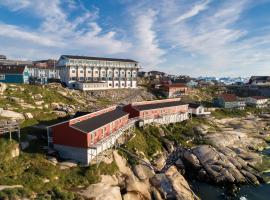 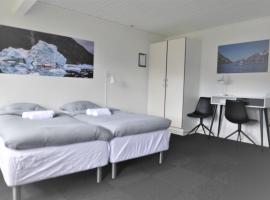