Enter your dates and choose from 85 hotels and other places to stay!

Explore and find hotels in Lesotho

Enveloped by South Africa, Lesotho is the only country situated entirely above 1,000 m, earning it the nickname ‘Kingdom in the Sky’. Despite being nestled between Durban and Bloemfontein, this country within a country still marches to the beat of its own drum, with the Basotho Village showcasing Lesotho’s strong cultural identity. One way to take in the traditions of the locals is to join a highland trek on a Basotho pony, where you’ll pass by typical rondavels (round huts with a cone-shaped roof) and endless rolling countryside. Be sure to take in the stunning sight of Maletsunyane Falls near Semonkong – the highest waterfall in southern Africa. The country is also famous for its ancient sights, such as centuries-old rock paintings and dinosaur footprints in areas near Moyeni and Morija. Apart from hiking, you can enjoy canoeing and adventurous 4x4 excursions, as well as skiing in Oxbow in the winter season. The best selection of hotels and guest houses can be found in the capital city of Maseru, so its best to make this your base when you stay. 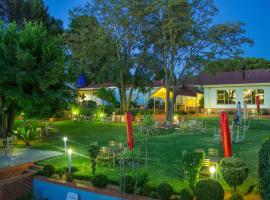 Located in the centre of Teyateyaneng, Blue Mountain Inn Lesotho features an outdoor swimming pool, an on-site restaurant and bar, scenic views of the surrounding mountains, free Wi-Fi throughout the... We are not talking about the French Riviera here. BMI is of a good standard and is good value for money and the staff and customers are of good humour and welcoming. 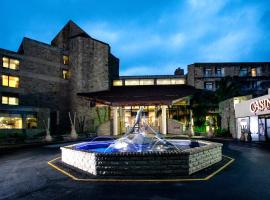 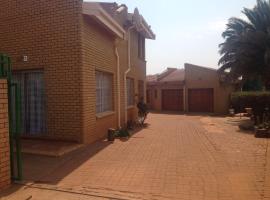 Located 24 km from Ionia Cherry Farm, Hae Bed and Breakfast provides accommodation with a restaurant, a shared lounge and room service for your convenience.

Casa Tumi Thatched Cottages is situated in Maseru and offers a garden. Boasting free private parking, the apartment is in an area where guests can engage in activities such as hiking and fishing. Really great little cottage, in a stunning part of Lesotho well away from any town or city. The cottage has a well-equipped kitchen and was very comfortable and cozy. Qhanolla Guest House is offering accommodation in Butha-Buthe. Free WiFi is available and private parking can be arranged at an extra charge. Everything! Starting from always smiling staff, super luxurious dinner and comfortable room and bed! Perfect place to stay, highly recommended! 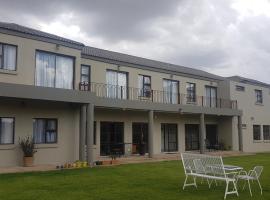 Offering garden views, The Anne Guest House in Maseru offers accommodation, a bar, a shared lounge and a garden. The aparthotel features both WiFi and private parking free of charge. Each morning a hot breakfast was offered and prepared to request. Breads, fruits, and cereals were also available if preferred. The service of the kitchen/wait staff was friendly and attentive. In addition to eggs to order a variety of breakfast meats was also offered. 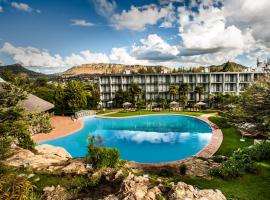 Located in the centre of Maseru, along the Caledon River, Avani Maseru Hotel offers a large outdoor swimming pool, sauna and a thatched pool bar. The Pioneer Shopping Mall is 600 metres away. The room, food, staff, pool, location was great. Travelling all the way from Botswana, my girlfriend and I really felt at home. Our car was safely parked. 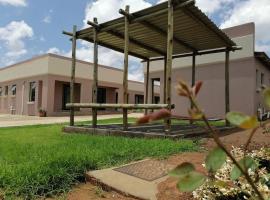 Located in Foso, Horizon View Guest House features barbecue facilities, garden and free WiFi. The family room features a kitchenette and a private bathroom. Guests can enjoy garden views. The staff are wonderful, will do whatever they can to make your stay enjoyable. Brai facility and laundry a plus. Quiet rooms and caring staff👍 Set in Maseru, 8 km from Pioneer Mall, The Clan Guest House offers accommodation with a restaurant, free private parking, an outdoor swimming pool and a bar. The service from the staff was excellent and the view is beautiful 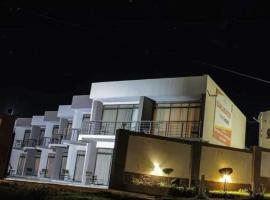 Located in Leribe, Mahlakapese Guest Lodge offers accommodation with a patio or a balcony, free WiFi and flat-screen TV, as well as a restaurant and a bar. The combination of hotel and restaurant / bar is outstanding. Nice and clean rooms and very good food in the restaurant. Good breakfast. The staff (hotel and restaurant) are outstanding helpful and friendly. 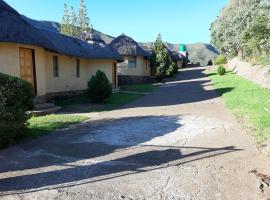 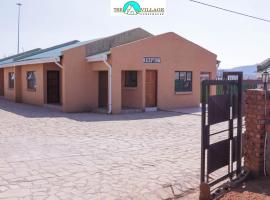 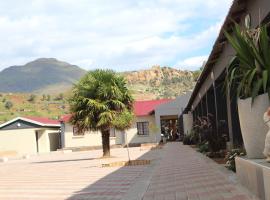