Hotels in St Pierre and Miquelon

Enter your dates and choose from 3 hotels and other places to stay!

Explore and find hotels in Saint Pierre and Miquelon

Although this North Atlantic archipelago consists of several islands, the bulk of the population are located on the island capital of Saint-Pierre. Despite being the larger of the two islands, Miquelon is substantially less developed. A multitude of museums can be found on Saint-Pierre, covering topics like prohibition, island life, history and culture. The mysterious abandoned village of Île aux Marins is a sight not to be missed, offering colourful homes, a 19th-century church and a schoolhouse museum. The smaller islands of Miquelon and Langlade still bring something to the table, with scenic walking trails passing by waterfalls, picturesque lookout points and wild horses. You’ll struggle to find accommodation outside of Saint-Pierre so its best to make that your base. Ferries between Saint-Pierre and Miquelon take about an hour. 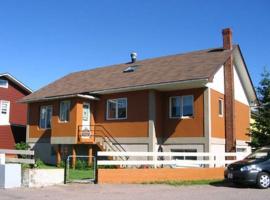 Just 15 minutes’ walk from Saint-Pierre town centre, this B&B in Saint-Pierre and Miquelon offers a non-smoking environment. Free Wi-Fi is available in all rooms. I love how quiet and how close it was to a main road and nature 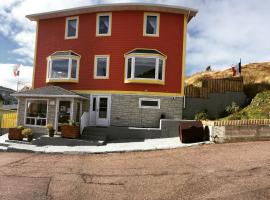 Situated in Saint-Pierre, Chez Marie Jo offers accommodation with free WiFi and TV, as well as a shared lounge and a garden. It was a very nice place to stay. It was very comfortable and welcoming