Enter your dates and choose from 25,006 hotels and other places to stay!

Explore and find Hotels in Romania

Home to the rugged Carpathian Mountains, old medieval towns and soaked in a rich Latin culture – forget the Dracula clichés, Romania offers a myriad of attractions that are far from frightening. In Bucharest, with its café culture and neoclassical monuments, a cosmopolitan vibe sits alongside an intense national pride. Explore the grand halls and marble rooms of ‘People’s House’, the largest parliament building in the world, climb the Arcul de Triumf for panoramic views, or find a quiet spot in the old Lipscani quarter to take in the vibrant mood. This dynamic outlook flourishes in other cities, like Braşov, Iași, Timişoara and – most enchantingly – Sibiu, but Romania’s greatest assets arguably lie in the more remote pockets. See Dacia’s rolling vineyards in the central Brasov region, visit the reed-built villages of the Danube Delta, or admir the wood-carved churches of Maramureş, a rural northern village where century-old traditions are still part of daily life. But the green and fabled region of Transylvania remains Romania’s calling card. Here, Gothic castles and fortified churches cling to cliff tops, overlooking swaths of mythical forests. Take a tour of Bran Castle, long associated with Bram Stoker’s fictional vampire, to learn about the region’s fascinating past. You’ll find plenty of hotels, hostels and apartments to rent in Romania’s bigger cities, especially Bucharest and Cluj-Napoca, home to one of Europe’s largest universities. Accommodation is also widely available in the more remote areas. 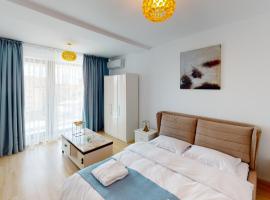 Featuring a fitness centre, evening bar, bright and open lounge with a video wall, Moxy Bucharest Old Town is located in the Old Town of Bucharest, 500 metres from Stavropoleos Church and 800 metres... I liked everything! Location is in the heart of city near all sights, restaurants and bars. The room was stylish and clean. You have all instructions in TV - very comfortable. We’ve got also a welcome cocktails in bar, I totally recommend hotel bar! We stayed with dog and paid 5€ for her and everyone was kind to our pet. 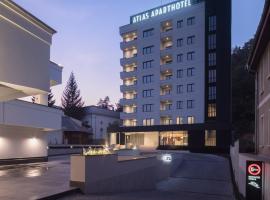 Atlas Aparthotel is situated in the centre of Piatra Neamţ, only 600 metres from Pietricica Hill. It has a garden and a terrace where guests can enjoy a view of the hill. No details left to chance. All the comfort of home. Professional stuff with good English. Breakfast excellent. Free parking in front of hotel. Clean apartments and bathrooms. Had great stay at Atlas definitely. Would recommend this hotel sincerely. 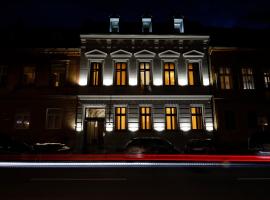 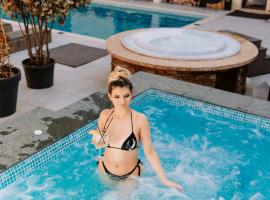 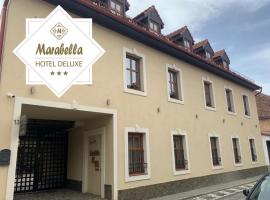 Featuring a bar, Hotel Marabella is located in Sibiu in the Sibiu County region, 600 metres from The Council Tower of Sibiu and less than 1 km from Albert Huet Square. Good location Clean room and bathrooom 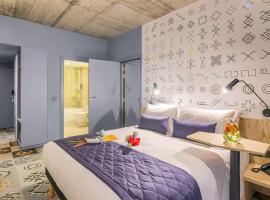 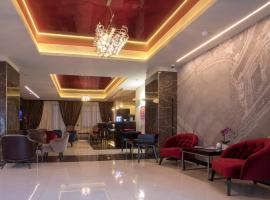 Featuring a bar, shared lounge and views of city, Old Town Hotel is located in Timişoara, 400 metres from St. George's Cathedral Timișoara. Great location, surrounded by terraces and restaurants, but still quiet area. The room was clean, spacious and pretty modern. The interaction with the staff was lovely. We really enjoyed this hotel 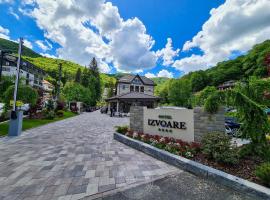 Set in Călimăneşti, less than 1 km from Cozia AquaPark, Hotel IZVOARE Caciulata offers accommodation with a restaurant, free private parking, an outdoor swimming pool and a bar. Wonderful place. Everything was new and staff were so kindly. A big thanks to SPA massage center who contribute to our relaxation. Food was also excellent. Situated in Bucharest, 200 metres from Stavropoleos Church, The Marmorosch Bucharest, Autograph Collection features accommodation with a restaurant, private parking, a fitness centre and a bar. It is an absolutely amazing building and the services are top. Breakfast was amazing as well. I enjoyed everything about it. Also, I was very happy to have a proper dryer for once in a hotel room. 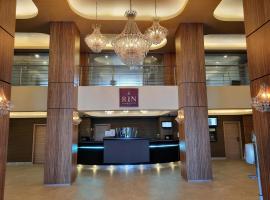 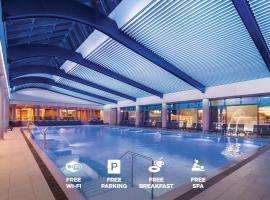 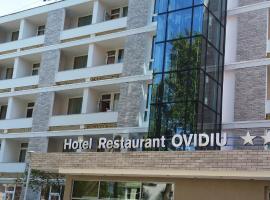 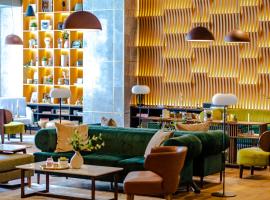 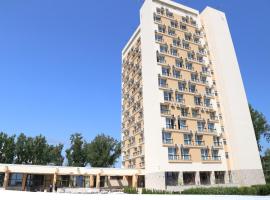