Enter your dates and choose from 6,879 hotels and other places to stay!

Explore and find hotels in Slovenia

With a tapestry of landscapes, enchanting architecture and welcoming locals, Slovenia packs a lot into its borders. Over half the country is covered with verdant valleys, making it one of the greenest in the world. In the northwest, the snow-capped peaks of the Julian Alps feed several emerald-green lakes. The most famous of these is Lake Bled, with its small church on a picturesque island, and medieval castle overlooking it all from the clifftop. Take a step back to admire its fairytale-like beauty, then catch your breath and dive in for a swim. Elsewhere there are many more natural treasures waiting to be explored. The northern region is dominated by verdant countryside, such as Savinja and Šalek Valley. Here you’ll discover soaring peaks, hot springs, crashing waterfalls and crystal-clear streams. To the southwest, you’ll find the Postojna Caves, home to countless underground tunnels and chambers, and a remarkable medieval castle that looks like it’s growing out of a cave – it has to be seen to be believed. All this is within day-tripping distance of Ljubljana, the pocket-sized capital which sits at the heart of the country. Here, baroque facades blend with the 20th-century architecture. Wander across iconic Triple Bridge, or take the funicular railway up to Ljubljana Castle, before winding down the afternoon with a coffee in delightful Prešeren Square. The majority of hotels, hostels, and apartments are found in Ljubljana and the eastern city of Maribor. In the north, Kranjska Gora, Slovenia’s top ski resort, boasts a range of chalets and lodges. 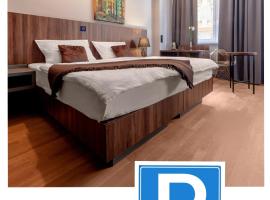 An 11-minute walk from Ljubljana Castle, Atelier Hotel is set in Ljubljana and features rooms with free WiFi. The property is close to National Gallery, Ljubljana City Theatre - MGL and Tivoli Park. We loved the location. So close to the heart of Ljubljana. Very comfortable beds, quiet location, friendly staff. Very clean and well appointed rooms. We highly recommend this property. Would stay here again 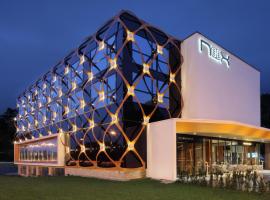 Located in the Šentvid area of Ljubljana, Hotel Nox offers air-conditioned rooms with large windows and city views. Free Wi-Fi and free private parking are provided. The location was right next to the bus that went straight into Ljubljana. The breakfast was good. 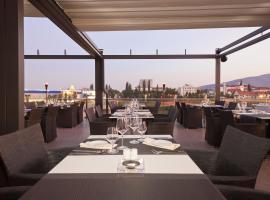 Located in downtown Maribor, a few metres from Drava River, this hotel offers free Wi-Fi, and a 24-hour front desk. Maribor’s ski lift is just 6 km away. Great hotel in the center of Maribor city

Located right next to the central Portorož seaside promenade, Hotel Slovenija provides 5-star accommodation with views of the Adriatic Sea. We loved everything about this hotel, especially the breakfast! 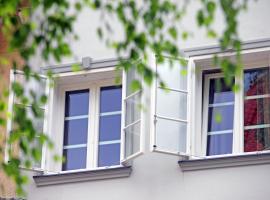 Offering bright rooms, an on-site bar, bike rental and free Wi-Fi, Adora Hotel is a family-run boutique hotel set in Ljubljana’s Old Town, just beneath Ljubljana Castle and only steps away from the... The hotel location - at walking distance from the old city Very helpful and kind staff Good breakfast

Radisson Blu Plaza Hotel Ljubljana is a 4-star superior hotel located in Ljubljana and offers an à-la-carte restaurant, conference rooms and a gym. Everything was perfect. The team was great. Thanks.

Urban Boutique Hotel Center is set in Ljubljana, 500 metres from the Tromostovje Bridge and Ljubljana Old Town. Guests can enjoy the on-site bar. Free WiFi is available. Amazing hotel,situated in the middle of Ljublana,great staff,delicious breakfast and cozy rooms. Everything is close to hotel,no need to use public transport,just enjoying the city! Fully recommended!

Completely renovated in 2016 and set 300 metres from Bled Lake, Old Bled House provides rustic accommodation in Bled. Free WiFi is provided in all areas. The hotel offers free private parking. Beautiful quaint building. We had a delicious dinner in the restaurant that prides itself on all Slovenian ingredients. Perfect view of the lake, island and castle from our family room (22).

Opened in September 2017, the InterContintenal Ljubljana is a 5-star property located in the centre of Ljubljana. Great and friendly staff, magnificent facilities, large rooms and bathrooms, amazing views! 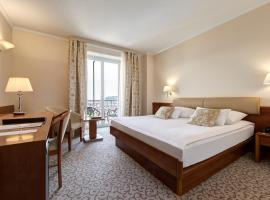 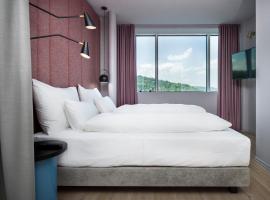 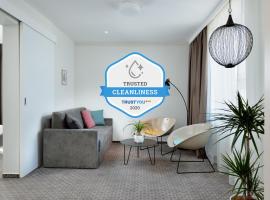 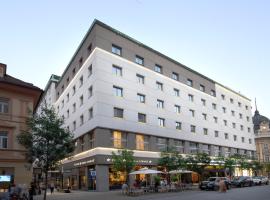 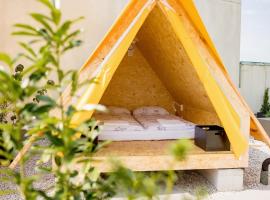 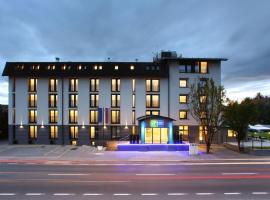