Enter your dates to pick from 1,341 hotels and other places to stay! 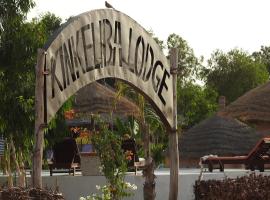 Le Kinkéliba lodge has a restaurant, outdoor swimming pool, a bar and shared lounge in Mar Lodj. getting picked up by Armand on the Pirogue, bird watching on the way, amazing rooms, peaceful location, great poolside, delish food, great view and wonderful owners Sophie and Jeans-Jacques. We will be back ! Couldn't recommend more highly 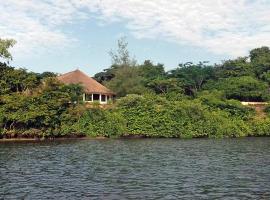 Located in Diakène Ouolof, 5 miles from Basse-Casamance National Park, Campement île d'Egueye has a restaurant, a bar and a garden, as well as free WiFi. It was so peaceful, a magical experience.

Located in Lompoul, Horizons Lodges Lompoul has a restaurant, bar, garden, and free WiFi. Featuring family rooms, this property also provides guests with a terrace. The place was simple.. it appears like it's just reopening... but the staff are very attentive and the food was great. One day I was there alone and the staff invited me to come eat theiboudienne (traditional Senegalese meal) with them. I felt very welcome. A short passing storm came one evening and they came and checked to make sure I was comfortable and safe. The set up is very tranquil and the outdoor shower attached to the tent was super cool just after the sun set. They even played drums and had a very nice fire set up for guests on the evening. I was happy with this short desert retreat. 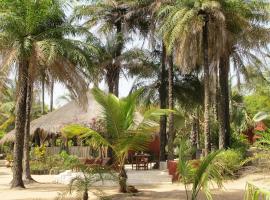 Set in a 6-acre park of palm trees, this hotel is located beside 9.3 mi of sandy beaches. It features a 24-hour front desk, specialty restaurant and a bar on the beach. Great location in a calm and green surrounding. Perfect if you look for relaxation off the track. Good and very fresh food. 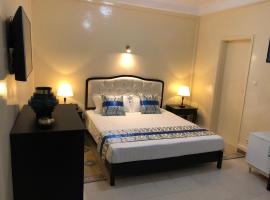 Located in Dakar, within 5 miles of African Renaissance Monument and 6 miles of Dakar Grand Mosque, RESIDENCE DE L'AMITIE provides accommodations with a terrace. I have stayed several times at this property and absolutely love it. Ever since Dakar moved its airport to its current location faaaaar from the city, it's become a bit of a hassle to travel to/from the city. Overnight transits are the worst, since there is only one hotel of note between the airport and the city and it is beyond the budget of most travelers. Enter Residence De L'Amitie. The airport shuttle costs a reasonable 6,000 cfa (a taxi in contrast costs 25,000 cfa) and drops you just a short walk (or even shorter taxi ride) from this hotel. The walk is safe even late at night and there were shops open and people on the street at 1am, when I walked from the shuttle terminal to the hotel during my most recent stay. You can get a restful night's sleep here and then take the shuttle back to the airport the following day. Staying here avoids the need to take yet another taxi from the shuttle terminal into Dakar City and then subsequently fight traffic the following day. I cannot think of a better place for an overnight transit in Dakar. During a previous visit, I ordered breakfast in the morning, which was also very delicious. Even if not ordering breakfast, you can pick up a croissant or baguette on the go from the excellent pâtisserie next door. 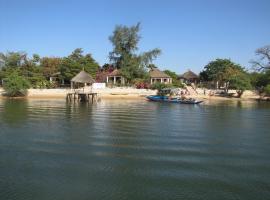 Offering a restaurant and a private beach area access, Le Bazouk Du Saloum is located in Mar Lodj Island. Free Wi-Fi access. Each room here will provide you with a terrace. Dinner served at the restaurant on property was one of the best meals I’ve had in 4 months in Senegal! 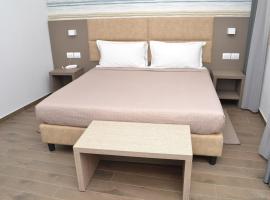 Located in Dakar, 1.3 miles from Yoff Beach, International Hotel Dakar has accommodations with a restaurant, free private parking, a bar and a shared lounge. The staff is very courteous and welcomed 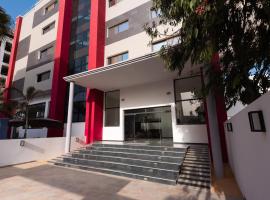 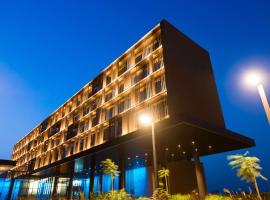 Radisson Hotel Dakar Diamniadio has a restaurant, outdoor swimming pool, a bar and garden in Dakar. Boasting family rooms, this property also provides guests with a sun terrace. The bed was very soft and comfortable and the view from my balcony was nice😎😊 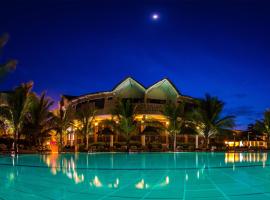 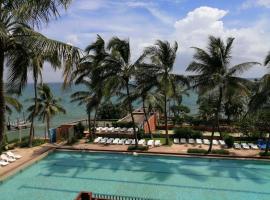 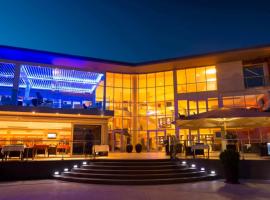 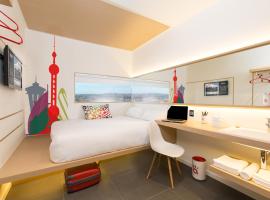 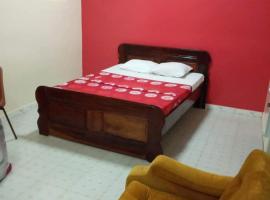 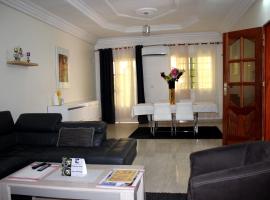 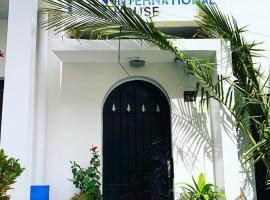