Enter your dates and choose from 1,643 hotels and other places to stay!

Explore and find Hotels in Uzbekistan

Having gained independence in 1991 following the breakup of the Soviet Union, Uzbekistan is a young country. But the roots of this vast land are ancient. For centuries, this area of land was a major crossroads along the Silk Road – an age-old trading route that stretched all the way from China to the Mediterranean. Samarkand, one of three major cities dotted along the road, contains so many architectural feats from this period that it has been classed entirely as a UNESCO World Heritage Site. See for yourself at the Registan, a wide plaza bordered by three mosaic-covered madrassas (religious schools) with bright turquoise domes. To the west, Bukhara offers similarly impressive landmarks, including the ruins of a 5th-century royal compound known as the Ark, while the walled city of Khiva further north is the most remote but best-preserved of the Silk Road cities. Here you’ll find stunning mosques, mausoleums and palaces towering over a labyrinth of streets. But there’s more to Uzbekistan than ancient history. Tashkent, the urban capital in the eastern region, is refreshingly cosmopolitan, while in the far north you can visit the Aral Sea – formerly one of the world’s largest lakes now on the verge of disappearing completely. Hotels and guesthouses are aplenty in the capital, as well as in the Silk Road cities. Accommodation is quite limited elsewhere. 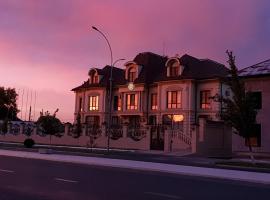 Silk Road Kokand Hotel has a restaurant, bar, a shared lounge and garden in Kokand. Everything was great! Hotel staff was very helpful and even took us around the city for a sightseeing tour the next day. Breakfast is included and great, and there is also a restaurant on site where you can order dinner/lunch, which includes some vegetarian options as well 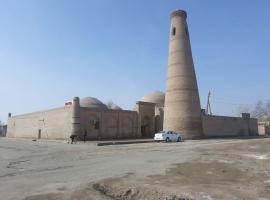 Set in Khiva, Caravan Sarai provides a bar. Among the facilities of this property are a restaurant, a 24-hour front desk and valet parking, along with free WiFi. Location was good, property was clean 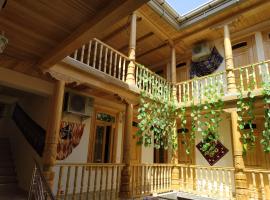 Located in Samarkand, Tilyakori Hotel offers a terrace. All rooms feature a flat-screen TV with satellite channels and a private bathroom. Wonderful location, only 5minutes walk to the Registan Square and around 15min to Gur-e Amir and Bibi Khanym Mosque. Staffs are excellent, they helped to pick us up from the station and even drove us to the great Shaslik restaurant nearby, which turned out to be the best food we had in Uzbekistan. Home-made breakfast which is abundant and delicious! 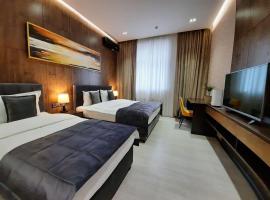 Set in Tashkent, Home Boutique Hotel features a terrace. Among the facilities of this property are a restaurant, a 24-hour front desk and room service, along with free WiFi throughout the property. Very helpful and welcoming staff. 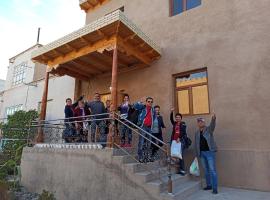 Art House features air-conditioned accommodation in Khiva. Among the facilities of this property are a restaurant, a 24-hour front desk and room service, along with free WiFi. Hello. Its our first time travel to Uzbekistan! Before starting our travel we checked a lot of informations on websites.We saw pictures of Tashkent,Samarkand,Bukhara and Khiva.After end of trip in Tashkent,Samarkand,Bukhara we came to Khiva and stayed in Art House Hotel! More than other cities we loved Khiva so much and Art House Hotel. Boss's last son Ulugbek helped us in everything what we ask.Also he's father Kamalbek (Boss) and brother Akbar they are brilliant! About their internet it was brilliant in Uzbekistan. They are Music Family. Ulugbek sait us that all of them can play music but father,elder brother and Akbar they are professional music inturment players.In their hotel have Piano,Qashqar Rubab (This instrument is most lovely for them because its more than 100 years and its gift coming by music teacher of he's father ),Tar,Accordion,Doira(uzbek drum),Af gon Rubab (it means sad.Because this insturment sounds like sad voice)and others.We want to say they can play all of them and we felt that music is living in their bloods. Their mother Nigora (Boss's wife) is professional chef. She cooked for us very delicious Khorezm traditional foods for dinner and for a breakfast! About hotel is small but it was more good than Samarkand, Bukhara and Tashkent. For example when we arrived by their taxi driver to Art House Hotel Ulugbek waited us very warm.Another thing we was tired and he told us "Do you want tea for a welcoming?"we can't say no because it was very lovely! In another hotels we not hear about welcoming tea. Also they have their taxi drivers and they was safe drivers and best! We wanted to see fortresses of old Khorezm and they helped us to find taxi for this tour! Safe and cheap (i mean cheap than drivers in outside). With their help we loved Khiva so much in Uzbekistan.Also they told me to come Khiva. 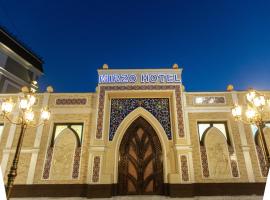 Located in Tashkent, Mirzo Boutique Hotel provides a bar, garden and terrace. The staff was absolutely amazing. The hospitality exceeds my American standards here. Very warm gentlemen helped me in many ways. The location was excellent and I was no more the 10-15 min from any business. Bank around the corner and book shops. Chorsu Market with Metro station and Circus across the street 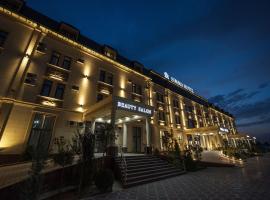 Simma Hotel Spa & Waterpark has a restaurant, fitness centre, a bar and shared lounge in Tashkent. Boasting an ATM, this property also provides guests with a water park. The place is really good value and cosy atmosphere. Bonu staff is there always polite and friendly. Massage was good and I like indoor swimming pool there. I recommend that place with pleasure. 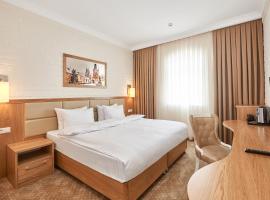 Set in Tashkent, Praga Hotel features a bar and terrace. Among the facilities of this property are a restaurant, a 24-hour front desk and room service, along with free WiFi throughout the property. Everything, very friendly staff, very clean and nice hotel, european style. 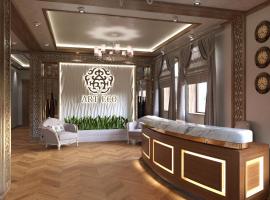 Boasting a bar and free WiFi throughout the property, ART ECO HOTEL is situated in Tashkent. The accommodation features a 24-hour front desk, room service and currency exchange for guests. Great hotel with clean and big room. Good breakfast and close to a metro station.

Tashkent Hotel provides air-conditioned accommodation in Nukus. Among the facilities of this property are a restaurant, a 24-hour front desk and a shared lounge, along with free WiFi. Amazing hotel. Beautiful rooms, wonderful views of the city from higher floors. Location is perfect. Breakfast is very tasty and there's a variety of foods available. The staff in the restaurant is very pleasant and nice to the guests. The reception staff are very helpful and good young people too. Especially the girls Nargiz and Mira, they were of great assistence to me throughout my stay. I felt at home here and I was sad when it was time to leave. Of course, nothing would be as it is if it weren't for the efforts of the manager. Many thanks to him and his staff for the treatment I had at this hotel! 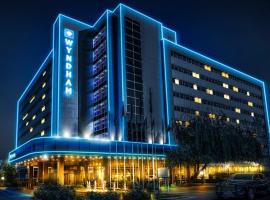 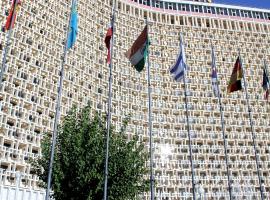 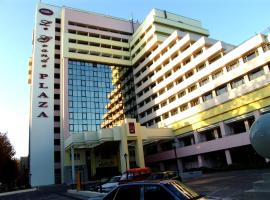 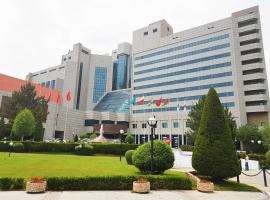 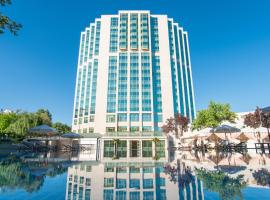 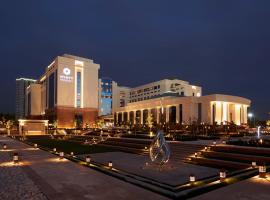 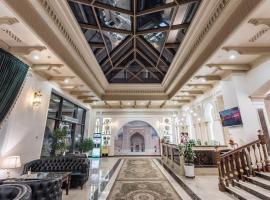