Enter your dates and choose from 79 hotels and other places to stay!

Explore and find Hotels in Samoa

Situated halfway between Hawaii and New Zealand, this South Pacific island nation is the product of countless volcanic eruptions. The two main islands, Upolu and Savaii, offer pristine white-sand beaches, national parks and natural wonders such as caves and waterfalls. Upolu is home to Apia – Samoa’s only city, capital and cultural core. It’s home to Treasure Island author Robert Louis Stevenson’s house and resting place, the former of which now hosts a museum showcasing some of his belongings. An assortment of picturesque hiking spots are found on the island, such as the national parks of Lake Lanoto’o and O Le Pupu-Pui, as well as the waterfalls at Papase'ea Sliding Rocks. The larger (yet less populated) island of Savaii lacks the city vibe of Upolu, but this series of small villages may feel more authentic to some travellers. Spectacular sights include the Alofaaga Blowholes, where waves shoot hundreds of feet up in the air, or the barren lunar-esque landscape of the Mount Matavanu Lava Fields. Apia provides the best base for stays in Samoa, with a good selection of hotels and apartments. A number of resorts can also be found on Savaii, with most close to the beach. Located on Apia Harbour, Aggie Grey's Hotel & Bungalows is a waterfront hotel housed in a colonial property built in 1930. The location is super convenient. The pools were my absolute favourite! Thoroughly enjoyed the onsite restaurants, cafe and not to mention the buffet breakfast was splendid!! Big ups to the incredibly friendly Staff and their immaculate service- Always greeting you with a smile. Huge Thank You to all the Team. We could not fault. After almost 3 weeks of staying here, definitely worth every cent! The only place we will stay when we visit Samoa again. This place will not disappoint!! 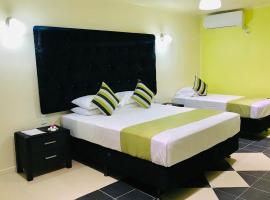 Moatoga Hotel is a family-owned hotel, situated in the heart of central Apia. I like when they finally switch my room...and the house. Keeping department was excellent 👍 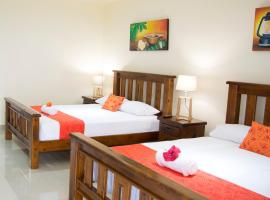 Featuring an outdoor swimming pool, Samoana Boutique Hotel is set in Apia and also provides barbecue facilities and a shared lounge. the staff were lovely - my first trip home in 3 years and it was awesome staying somewhere central to my in-laws as well as my own family. very clean and had everything we needed. 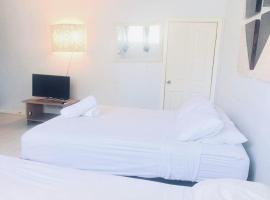 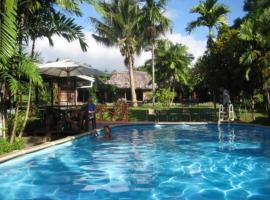 The Samoan Outrigger Hotel offers a pool, Wi-Fi access and accommodation with air conditioning or mosquito netting just 15 minutes’ walk from downtown Apia. I stayed in a beach fale and loved it! It was spacious (it was only me), clean and comfortable. I had lockable boxes for my valuables and a little deck with chairs to sit infront of the fale. The pool was nice and had lots of shady seating options around to relax. The breakfast was excellent (lots of fruit) and you can ask for vegetarian options. Staff was very friendly and helpful. The location is great - shops and restaurants nearby and it‘s even possible to walk into town (although bus and taxi are cheap and more comfortable). 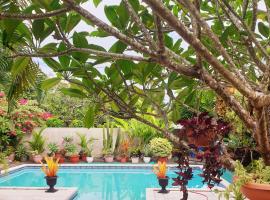 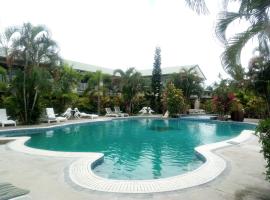 Offering a restaurant and a recently renewed turtle-shaped swimming pool, Hotel Millenia Samoa is just 5 minutes’ walk from Palolo Deep where you can go snorkelling. The enviorment and the staff. They even accomindate us on what we needed. The view, the bar and music. 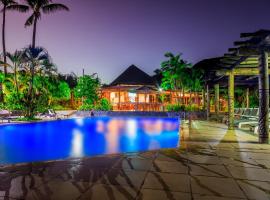 Set on 15 acres of tropical gardens, Tanoa Tusitala Hotel offers air-conditioned rooms just 400 metres from Apia’s waterfront. Each room includes a spacious bathroom, cable TV and a patio or balcony. the staff so welcoming and made sure you are taken care of throughout your stay. 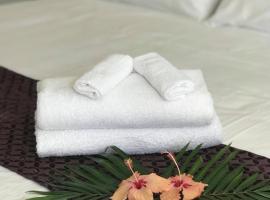 Located in Apia, within 2.7 km of Palolo Deep Beach and 1.1 km of Tanugamanono, The White House Hotel provides accommodation with a restaurant and as well as free private parking for guests who drive.... We had a wonderful stay at The White House Hotel. Ana and her team gave us a very warm welcome which made us feel very much at home from the moment we arrived. Our room was very clean, comfortable and a lovely place to come back to after a day out. The breakfast was excellent especially the delicious fresh fruit that they served every morning. Ana and her whole team are very kind, extremely polite and friendly, and they genuinely care about their guests. They take time every day to help and support you with any information you may need about Apia and Samoa advising you on the best places to visit and sharing things about Samoan culture and traditions. The service they provide is exceptional and the whole team always made us feel very special. Staying at The White House made our trip to Samoa so special. A big thank you to Ana and her amazing team at The White House for such a wonderful stay. 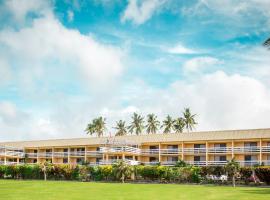 Free buffet breakfast is included at this hotel, which offers spacious air-conditioned rooms with private balcony and en suite bathroom. 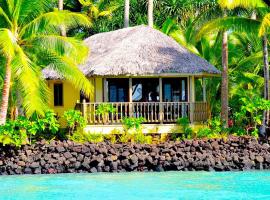 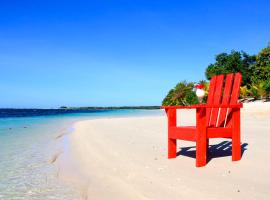 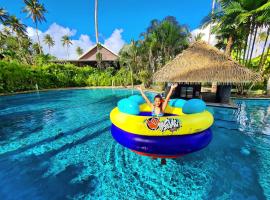 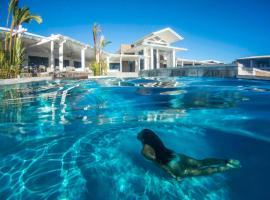