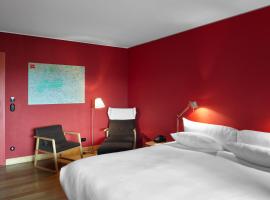 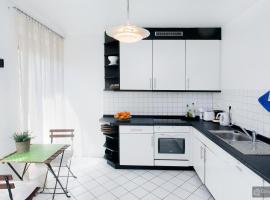 Featuring garden views, Berlin Center offers accommodations with a garden and a patio, around less than 0.6 mi from Berlin Cathedral. With city views, this accommodations provides a balcony. 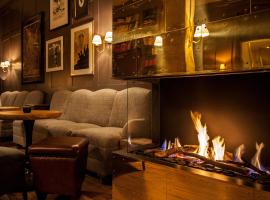 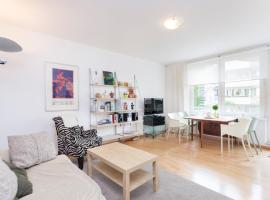 Central Hackescher Markt has a balcony and is located in Berlin, within just 0.7 mi of Berlin TV Tower and 0.7 mi of German Historical Museum.

This design boutique hotel is located a 2-minute walk from the cultural, shopping and entertainment district of Hackescher Markt. 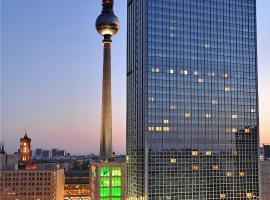 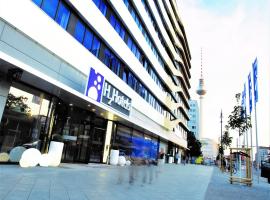 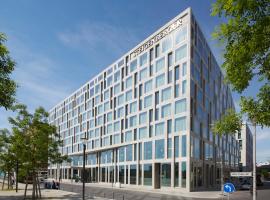 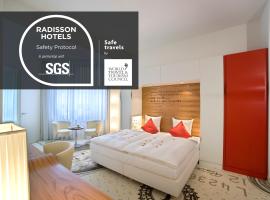 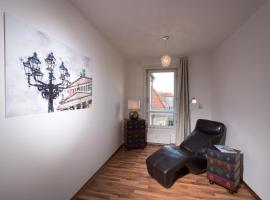 The quintessence of luxury lodging, the Adlon is a legendary 5-star hotel located in Berlin’s Mitte, beside the Brandenburg Gate. Very good hygiene protocol, exceptional and super friendly staff (especially with our little 18... 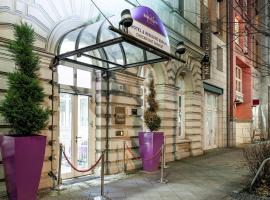 This Mercure hotel is located in the heart of Berlin, a 3-minute walk from Checkpoint Charlie and the Stadtmitte Underground Station. It offers a 24-hour fitness room, a sauna and complimentary WiFi. The biggest room and an excellent breakfast !

Offering free fitness facilities, free refreshments 24 hours a day and free WiFi, this hotel is located in Berlin’s popular Hackescher Markt area. Alexanderplatz is just a 10-minute walk away. Everything and everyone were perfect! Experience The Ritz-Carlton, Berlin, a 5-star hotel in Berlin just a few steps from Potsdamer Platz and other local attractions. Free WiFi is featured throughout the property. I like the breakfast very good and large choice of food. 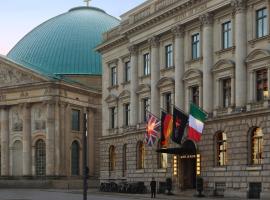 This 5-star hotel on Berlin’s Bebelplatz Square offers gourmet cuisine and a luxury spa with a 66-foot (20-meter) swimming pool. The historic Unter den Linden Boulevard is 500 ft away. Amazing place to stay at. Close to all major attractions in the city and great staff and amenities. 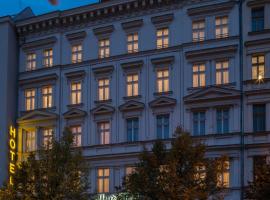 This 4-star boutique hotel is in a historic building in the trendy Prenzlauer Berg district of Berlin, within 10 or 15 minutes of the city center by public transport. Hotel was exceptional. The staff upgraded our room and gave us one with a whirlpool.

Located conveniently in Berlin, Motel One Berlin-Alexanderplatz offers air-conditioned rooms, a bar and free WiFi. The property is close to German Historical Museum, Alexanderplatz and Pergamon... Modern, clean and central. I have found this hotel to be a very good value for money in Berlin.

Just 500 ft from Spittelmarkt Subway Station, this non-smoking, designer hotel in the Mitte district of Berlin features air-conditioned rooms, a 24-hour bar, underground parking and free Wi-Fi. Not much more to report just wished we could have stayed in other one motels during our visit to...

This 4-star hotel in Berlin's Mitte district is just a 5-minute walk from the Friedrichstraße shopping mile. Location was excellent, facilities were just fine.

The Student Hotel Berlin features a restaurant, fitness center, a bar and shared lounge in Berlin. First and foremost, I would like to commend Julieta at the reception for being so warm and...

Ideally located in the center of Berlin, Hotel AMO by AMANO Friedrichstraße offers air-conditioned rooms, a restaurant, free WiFi and a bar. Excellent location. Our room was spacious, with a very comfortable bed, the bathroom was well...

Located in Berlin, 0.7 mi from Alexanderplatz, B&B Hotel Berlin Alexanderplatz provides air-conditioned rooms with free WiFi and express check-in and check-out. Everything.. plus they gave us complimentary early check in. The location is very good..

This hotel is located in the heart of Berlin, just a 5-minute walk from Alexanderplatz Train Station. I like breakfast, room and location 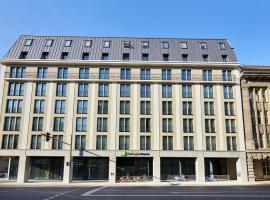 The Holiday Inn Express - Berlin - Alexanderplatz is located in the Mitte district in Berlin, 1969 feet from the Berlin TV Tower. The bed was great and shower was great too

This 4-star-Superior hotel enjoys a prime location on the world-famous Friedrichstrasse in central Berlin. Hotel has a very good location, staff is very helpuful and cozy, rooms was very clean .

This luxury hotel features a grill restaurant and a spa with an authentic Turkish hamam/steam bath. Great location. Amicable staff.

THE DUDE Berlin-Mitte is located in a building from the 19th century and is centrally located in Berlin. The personnel was very friendly and easy to talk to.

This 4-star hotel is located directly in the heart of Berlin’s Mitte neighborhood, 656 feet from Checkpoint Charlie and Kochstraße Underground Station. Free Wi-Fi is available in the entire hotel. Food, cleam rooms, amability of the staff 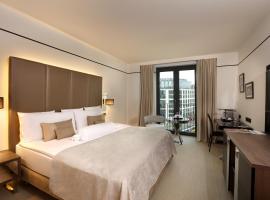 Offering an exclusive Executive club and spacious rooms, this stylish hotel stands beside the River Spree on Berlin’s Friedrichstraße shopping street. Great location!! Service was great and hotel was clean

This hotel next to Berlin's famous Alexanderplatz square offers modern rooms with a flat-screen TV. Guests enjoy free Wi-Fi and great public transport connections. I stayed there only for 1 night, so not much to say. Friendly staff, everything very clean.

This hotel on Berlin's historic Friedrichstrasse offers a spa, an attractive garden, and a unique lobby with grand staircase. The Brandenburg Gate is a 10-minute walk away. Best place to stay in Berlin - great view and a breakfast with champagne

Other popular places near Pergamon Museum