Shangri-La Bosphorus, Istanbul is located between Dolmabahce Palace and Naval Museum on the European coast of the Bosphorus. 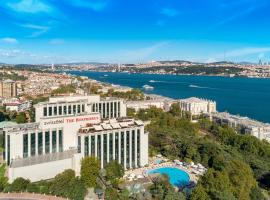 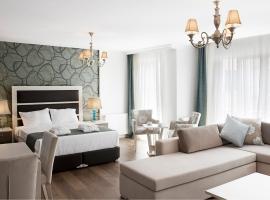 Located in the center of Akaretler, which is right in the heart of Beşiktaş, surrounded by cafes and design galleries this stylish hotel features modern-designed light colored apartments with air... 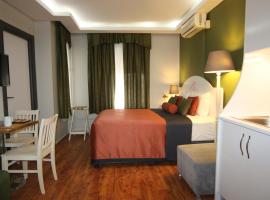 Located conveniently in the Beyoglu district of Istanbul, Away Hotel is located a 4-minute walk from Taksim Square, 0.8 miles from Istiklal Street and an 18-minute walk from Dolmabahce Palace. 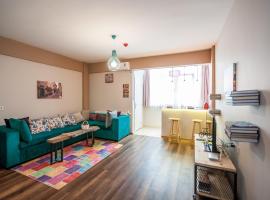 Located 1.6 miles from Taksim Square and 1.6 miles from Dolmabahce Palace, Newway Apartments in Istanbul has air-conditioned accommodations with views of the city and free WiFi. 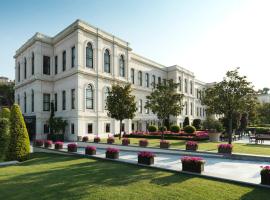 Located along the Bosphorus, this renovated 19th century Ottoman palace features a historic architecture in harmony with luxurious details. 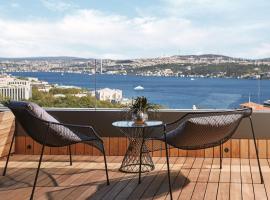 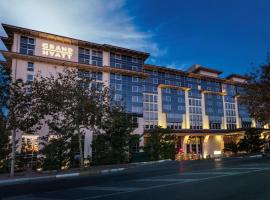 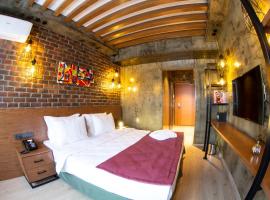 The Ritz-Carlton, Istanbul is located in the heart of the city overlooking scenic views of the city and the Bosphorus. High-speed internet is available throughout for free of charge. The staff was friendly, helpful. Location is very good, it’s close to taksim square.

Located in the heart of the city, this luxurious Istanbul hotel is within walking distance from Taksim Square, and main convention and exhibition centers. One of the best hotels I’ve stayed at.

This design hotel is located in downtown Istanbul, next to Taksim Square and Taksim Metro Station. Amazing hotel. We have been upgraded to sky suite. The suite was just amazing. Stunning view. 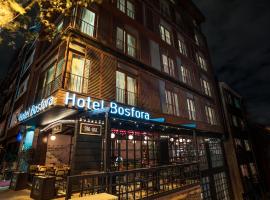 Featuring free WiFi, Hotel Bosfora is set in Istanbul, 2625 feet from Dolmabahce Palace. All rooms include a flat-screen TV with satellite channels. Location, staff, and facilities 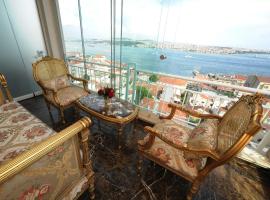 Located just 984 feet from Taksim Square, Maroon Bosphorus is located on the 4th floor of a 120-year-old building. It offers air conditioning and flat-screen TV in each unit. A hotel at the 4th floor. We had a basic room without any view because we stay just 1 night.

Only 1148 feet from Taksim Square, this hotel offers a swimming pool, free WiFi and a rooftop restaurant with panoramic Bosphorus views. It has air-conditioned rooms with a satellite TV. Everything thing was good nice reception guys were very helpful 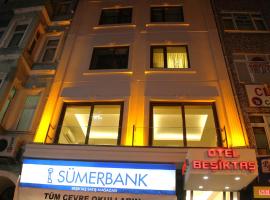 Located 1640 feet from the seafront and Besiktas Ferry Port, Besiktas Otel is centrally located in Istanbul’s lively Besiktas District. This is a nice little hotel in the midst of a thriving quarter of Besiktas, close to the ITU Macka... 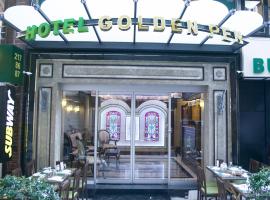 Featuring free WiFi and a restaurant, Golden Pen Hotel offers accommodations in Istanbul. The hotel has a terrace and views of the sea, and guests can enjoy a meal at the restaurant. Location fantastic , in heart if Bezitias . Friendly helpful staff . Very clean bedrooms . 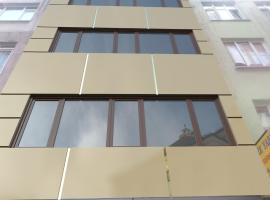 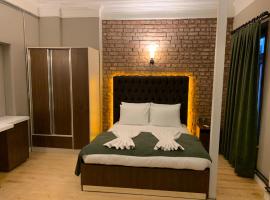 Located in Istanbul, a 20-minute walk from Dolmabahce Palace, Berfinn has air-conditioned accommodations and a restaurant.

Located in a convenient location just a 10 minutes' walk from Taksim Square and Istiklal Street, Mercure Istanbul Taksim offers soundproofed rooms, an à la carte restaurant and a bar. Nice location on a side Street but close to the subway and tram lines. Good quality to price radio.

Other popular places near Dolmabahce Palace