Looking for hotels near Jolly Roger at the Pier, Ocean City?

Featured Hotels Near Jolly Roger at the Pier 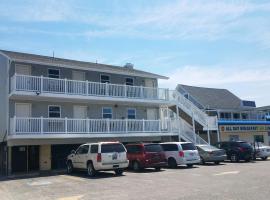 Located in Ocean City, within a 2-minute walk of Ocean City Beach and 300 yards of Jolly Roger at the Pier, Atlantic Breeze Motel & Apartments has accommodations with a restaurant and free WiFi... 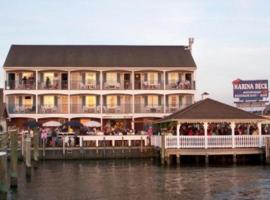 Located next to the Talbot Street Pier, which provides guests with premier fishing oppurtunities, this motel features M.R. Ducks, an on-site bar and grill. Free Wi-Fi access is available. 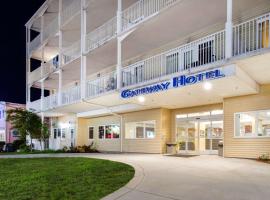 Gateway Hotel & Suites, an Ascend Hotel Collection Member is located on the ocean block of First Street and Baltimore Avenue, near the l Ocean City Beach and Ocean City boardwalk shopping, dining and...

Located in downtown Ocean City, this oceanfront hotel features free WiFi and rooms with cable TV and a balcony. The boardwalk is only a short walk away. 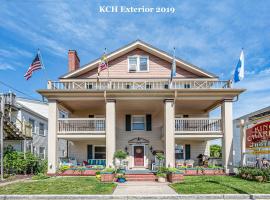 This downtown Ocean City hotel is 1 block from the beach and boardwalk along the Atlantic Ocean. It features simple rooms with free Wi-Fi and serves free coffee/ tea in the lobby.

The Comfort Inn Boardwalk is located near Ocean City Beach and the Ocean City Boardwalk, offering shopping, dining and entertainment. The Ocean City Municipal Airport is 5 mi away. 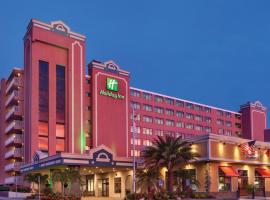 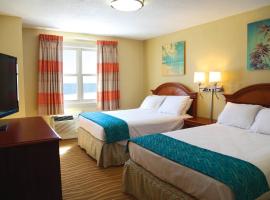 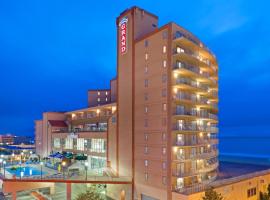 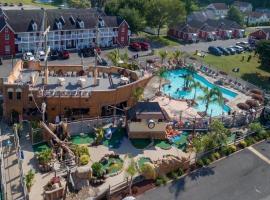 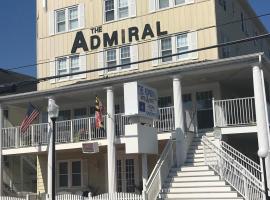 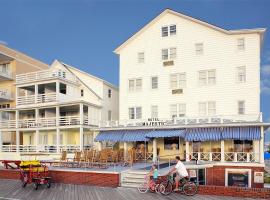 Located in Ocean City and with Ocean City Beach reachable within a 4-minute walk, Aloft Ocean City provides express check-in and check-out, rooms, a bar, free WiFi throughout the property and a... Everything beautiful hotel with a views 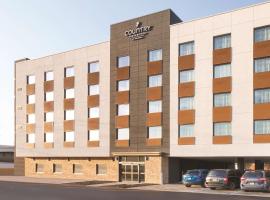 Residence Inn by Marriott Ocean City is located in Ocean City, 1.2 mi from Roland E. Powell Convention Center & Visitors Info Center. The hotel staff went above and beyond on more than 1 occasion. Just steps from the beach, this Ocean City hotel offers free Wi-Fi and rooms equipped with plush bedding along with a microwave and refrigerator. Jolly Roger Amusement Park is one mile away. staff very friendly and eager to please. Featuring barbecue facilities, Home2 Suites by Hilton Ocean City Bayside is located in Ocean City in the Maryland region, a 5-minute walk from Ocean City Beach and 1.9 miles from Roland E. The entire staff is always professional, courteous, and helpful.

Offering a fitness center and indoor pool, Fairfield Inn & Suites by Marriott Ocean City is set in Ocean City in the Maryland Region, 0.9 mi from Roland E. Everything exceeded my expectations. Entire staff that we dealt with was pleasant and friendly. 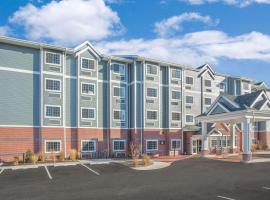 Microtel Inn & Suites by Wyndham Ocean City is located in the West Ocean City district in Ocean City, 984 feet from Grand Prix Amusements. love the quickness of the in processing, the cleanness of the room, and the friendly check in staff 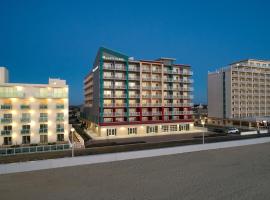 In Ocean City, Maryland, this hotel is next to the beach. It features free Wi-Fi access. A refrigerator and cable TV come standard in each room at Beach Walk Hotel. Select rooms include a microwave. Very nice location and staff was excellent!

This downtown Ocean City hotel is 1 block from the beach and boardwalk along the Atlantic Ocean. It features simple rooms with free Wi-Fi and serves free coffee/ tea in the lobby. It was like being in my own home. Lovely atmosphere.

Bethany Beach Ocean Suites Residence Inn by Marriott offers accommodations in Bethany Beach. The night staff his name was jacob help me out the best 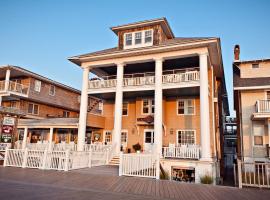 Lankford Hotel is in Ocean City and provides free Wi-Fi access and free on-site private parking. The iconic Ocean City Boardwalk is 215 yards away. I loved the access to the balcony and the boardwalk! The view was amazing!! 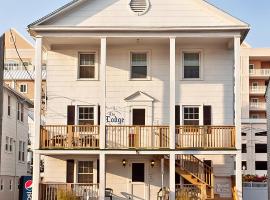 Conveniently located 100 ft from the Ocean City Boardwalk, the Lankford Lodge provides charming accommodations in Ocean City. The property features on-site shops and a shared lounge. The rooms were cozy and inviting. Everyone on the staff was super friendly. 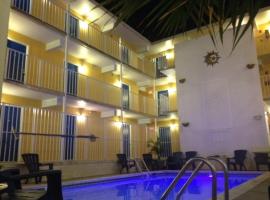 Offering an outdoor pool, Seaside Inn & Suites is located in Fenwick Island, 5.6 mi from Bethany Beach and 9.3 mi from Ocean City. Free WiFi access is available. It’s close to the beach, as long as your willing to drive oc md is 10-15 mins away with lots to do.

This oceanfront property features a seasonal outdoor swimming pool and a heated indoor swimming pool. Free Wi-Fi access is available at this Ocean City, Maryland hotel. A wonderful family vacation experience! We will be coming back to visit next year!

Courtyard by Marriott Ocean City Oceanfront occupies a beachfront location 4 mi from Ocean City Airport. It features an indoor swimming pool, a fitness center and free WiFi in all areas. Restaurant is one of (2-3) best in MD-DE shore area.

The Comfort Inn Boardwalk is located near Ocean City Beach and the Ocean City Boardwalk, offering shopping, dining and entertainment. The Ocean City Municipal Airport is 5 mi away. Great location and amenities for the price! 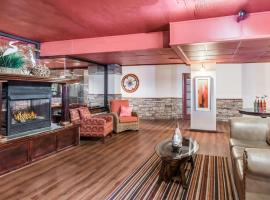 Boasting an on-site restaurant with ocean views and an indoor and outdoor swimming pool, Dunes Manor Hotel is located in Ocean City, Maryland. the evening misic the afternoon tea sitting on the porch and watching the ocean This beachfront hotel is 10 minutes' walk from the Ocean City Boardwalk, offering various dining and entertainment options. The weekend was glorious. The hotel is just off the edge of the boardwalk and seemingly quiet and...

A 5-minute walk from the beach, this hotel features an outdoor swimming pool and a daily hot breakfast. Several shops and restaurants in downtown Bethany are within a 10-minute walk of the hotel. Clean, Friendly, good location. 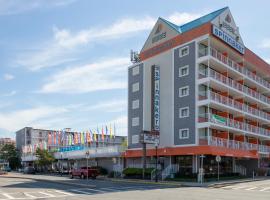 This Ocean City, Maryland hotel is just steps from the boardwalk and the beach. It features a heated pool, free WiFi access and the on-site Malia's Café. My husband, toddler, and I really enjoyed our long-weekend stay at The Spinnaker. 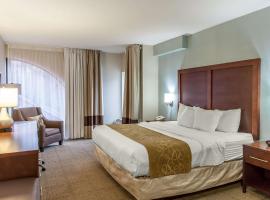 Located a 3-minute drive from the Ocean City beach and boardwalk, this Comfort Suites is 2 miles from attractions like Trimper's Rides and Marty's Playland. This is a very friendly hotel . nice clean. Best of all pet friendly.

Other popular places near Jolly Roger at the Pier