Only minutes from the heart of central Chicago, this hotel is conveniently located in the West Loop, placing guests close to all the action of the city yet far enough away to provide peace and... 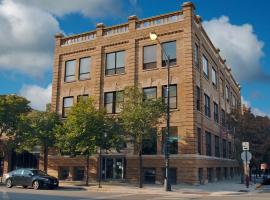 Located in Chicago, The Publishing House Bed and Breakfast provides free WiFi, and guests can enjoy a restaurant, a bar and a shared lounge. 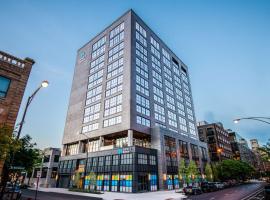 Located in Chicago, 1.1 miles from United Center, Hyatt House Chicago West Loop has accommodations with a bar, private parking and a terrace.

Hotel Chicago West Loop is located in the middle of the UIC Medical District, only 1969 feet from the United Center.

Located among the bustling restaurant scene in the city’s West Loop neighborhood, this downtown Chicago hotel features on-site dining, a rooftop lounge and garden and contemporary guest rooms with... Just 1 mile away from the shopping, dining and entertainment on Michigan Avenue’s Magnificent Mile, this Chicago hotel is located in downtown West Loop neighborhood and features an indoor pool,... 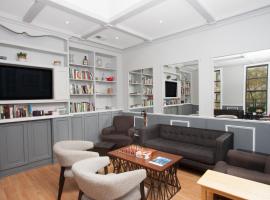 This all-suites hotel is located in the city’s West Loop neighborhood in downtown Chicago and offers free hot breakfast, complimentary evening reception and free WiFi. The room was very quiet and comfortable. We liked the view from the room.

Only a few blocks from the Sears Tower, this downtown Chicago hotel features an on-site restaurant along with comfortable rooms and thoughtful on-site facilities. I liked everything else about the facility and the people.

Hyatt Place Chicago Medical/University District is offering accommodations in Chicago. The property is located a 9-minute walk from United Center and 1.9 miles from Willis Tower.

Hyatt House Chicago Medical/University District is located in Chicago, within a 9-minute walk of United Center and 1.9 miles of Willis Tower.

Other popular places near United Center