A place to rest your head. Road-trippers welcome, motels along the way. 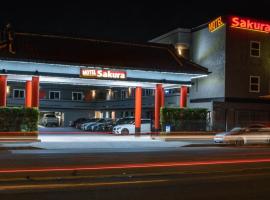 Motel Sakura is a motel offering accommodation in Glendale. Located around 5 km from Griffith Park, the motel is also 2.2 km away from Alex Theatre. The property features a 24-hour front desk.

Los Angeles Zoo is 5 km from the motel. The nearest airport is Bob Hope Airport, 13 km from the property. Nice and clean perfect room smells great definitely I would stay again 👌🏽👌🏽👌🏽 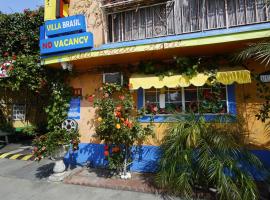 Situated in the Culver City district of Los Angeles, Villa Brasil Motel offers a garden. Featuring a restaurant, the property also has a bar. Both free WiFi and private parking are accessible on site.

All guest rooms in the motel are fitted with a TV and fresh fruit. The private bathroom is equipped with a shower. Guest rooms will provide guests with a microwave. Small motel/hotel which seems to be directly run by the owner. Friendly staff and well organized. The hotel is easy to find and a parking place was available. The rooms have a little kichen for preparing your own breakfast. 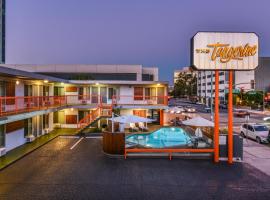 Centrally located in Burbank, this boutique hotel offers an outdoor heated pool and modern rooms with a flat-screen TV, just a 10-minute drive from the Universal Studios. A complimentary continental breakfast is available every morning. location.... great coffee n croissants! 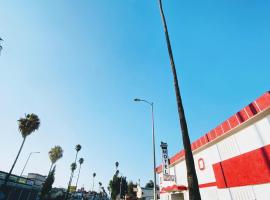 The motel can conveniently provide information at the reception to help guests to get around the area. The whole experience was exceptional the booking agent was patient the motel staff was very kind courteous and helpful 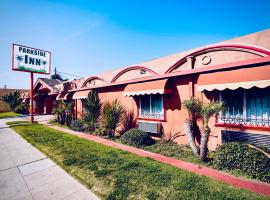 5 km from Queen Mary, Parkside Inn is situated in Long Beach and features air-conditioned rooms. The property is around 3.4 km from THE PIKE at Rainbow Harbor, 5 km from Aquarium of the Pacific and 6 km from Long Beach Museum of Art. Private parking can be arranged at an extra charge.

At the motel rooms are equipped with a desk, a flat-screen TV and a private bathroom. 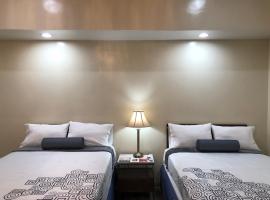 Offering air-conditioned rooms in the South Los Angeles district of Los Angeles, 24 Hours Motel is 6 km from LA Memorial Coliseum. The property is around 7 km from Natural History Museum of Los Angeles County, 8 km from California Science Center and 11 km from Petersen Automotive Museum. Local points of interest like Microsoft Theater and Melrose Avenue are reachable within 12 km and 12 km, respectively. It's very clean and the staff was very friendly. They even had free snacks. 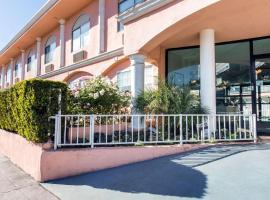 Rodeway Inn near Melrose Ave is located within one mile of Grauman's Chinese Theatre, Kodak Theatre, Hollywood Wax Museum, Pantages Theatre and the famous Hollywood Walk of Fame on Hollywood Boulevard. CBS Television City, Universal Studios Hollywood, the Hollywood Bowl, Beverly Hills, Rodeo Drive, the Los Angeles Zoo and The Greek Theatre are all within five miles of this Hollywood, CA hotel. Staff was nice. Room was very nice and clean and comfortable. Hotel was under construction but didnt really bother us that much. Nice location. Would stay again.

The units at the motel come with a seating area, a flat-screen TV with satellite channels and a private bathroom with a hairdryer and a bath or shower. Guest rooms at Friendship Motor Inn feature air conditioning and a desk. Nice location, clean room, friendly hotel employees 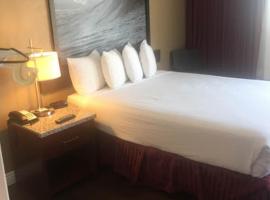 Various dining options for all kinds of budgets are offered within 800 feet from the property entrance.Anaheim Convention Center and Shops at Anaheim Gardenwalk are within 5 minutes' drive from the motel. Riverview Golf Course is 4.7 miles away. The staff is AMAZING!! Anytime I need anything, such as pool towels or extra coffee, they had it for me, they even brought us extra coffee to our room! And the pool and jacuzzi was so clean and nice!! 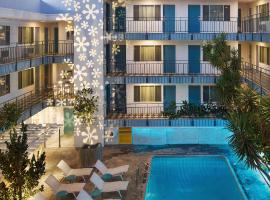 This Los Angeles motel boasts an outdoor pool and is within 5 minutes' walk from CBS Television City, the Original Farmers Market and the Grove shopping centre. It offers contemporary rooms with a microwave and refrigerator. The beds are amazing! Memory foam and super comfy. I was so happy here. It felt like home. Trendy modern retro style decor. Very clean and well maintained. Very quiet and got a great night sleep here. 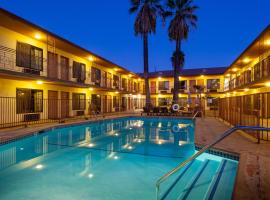 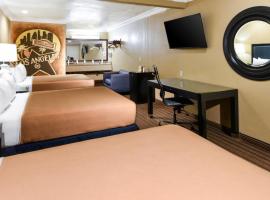 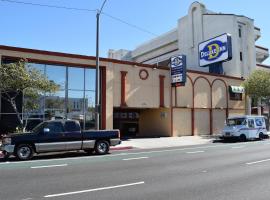 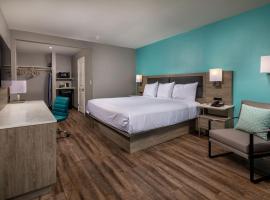 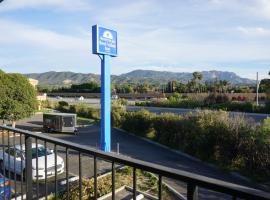