Find the perfect place to stay in Baku

Top things to do in Baku

Attractions, tours, and activities in Baku

Find a great area to stay in Baku

Including tips for the best time to visit Baku

Azerbaijan's capital, Baku, is one of the Middle East’s most prominent cultural centres, as well as one of the world’s lowest lying capitals. Offering a mixture of 19th-century and modernist architecture, the city is home to a progressive European culture born out of the prosperity of the oil boom years.

Baku's history dates back to Stone Age paintings found on cave walls, while today remains one of the world's largest oil producers. It was the Shirvanshah rulers of the eighth century that influenced much of Azerbaijan's traditional culture, still visible in structures like the Maiden Tower and Mardakan Castle. Since then, Baku’s governance has changed hands between both Ottoman and Russian rule. Following the fall of the Soviet Union, Baku adopted a strategy of regeneration, one that has transformed the city with modern skyscrapers, luxurious shopping centres and a holiday experience bearing similarities to Dubai.

There’s many exciting things to do in Baku with plenty of modern and historical excursions available. The city’s UNESCO-listed Old Town is where you’ll find atmospheric restaurants serving the Three Dishes Dolma, as well as tea houses known as Chaikhana. The city’s best architecture can be found at Baku’s Palace of the Shirvanshahs while the Heydar Aliyev Centre and the Flame Towers showcase the modernity of the skyline. Nearby excursions are also available to thermal spas, mud volcanoes or the oil fields, where you can learn more about Azerbaijan's intriguing history.

Points of interest in Baku

Stay near the top sightseeing spots in Baku

Inspiration and insider tips for things to do in Baku 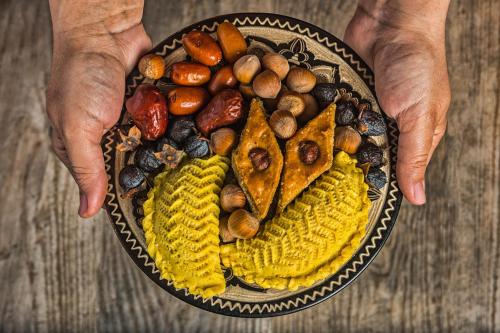 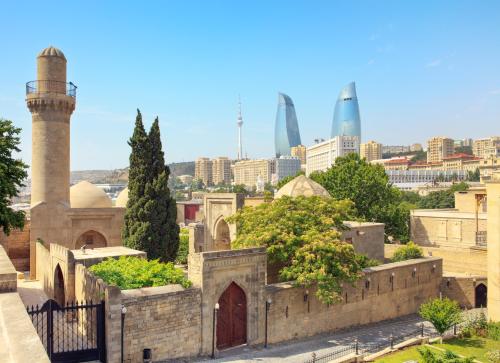 What other travelers say about Baku

A developed city with very nice places to visit including museums & historical places. Staying close to the city center will give you the chance to talk around most of the city attractions easily.

Baku is the city which looks like among the climes. You think either it is East or west. Brainconfused street, kindly people and mouthwatering dishes are just taking you like to other planets. Thank you so much, Baku. Loved you ! Expect us again.

So good place to visit with family. All main things are nearby. Taxi fare was so cheap compare to Dubai. People are so helpful. The bad experience they don't know English and if you ask anything they will reply in thier local language.

Baku is nice place. The weather in this time of the year was hot but breezy. It rains sometimes also. People are nice. They don't initiate you but they welcome when you start a conversation. It is safe and there are many places to go. Malls has good brand stores. The boulevard is amazing and it was my favourite. We tried national meals. It was delicious and close to arab and indian taste. We tried Indian and Arab stores as well and we never got disappointed once. You can walk around any time of the day and you feel safe because Polis is every where. We booked a day tour trip for areas outside Baku and it was nice. I am not thinking of anything I wouldn't do if I visited Baku again.

I stayed there for only two days but the city really impressed me. It is a fantastic mix of ancient history and modern city vibes. One can see there everything from ancient towers to glass skyscrapers. The parks are awesome and I also took a walking tour at Icheri-Sheher (the Old Town) which was exceptional. I would definitely recommend visiting!

Beautiful city, lots to do and see. Good food. Great if you like books, so many bookshop-cafes. Lots of museums, art galleries, places to walk. I love the mixture of Asian and European influences, it’s a very tidy city and safe to walk around alone.

Popular places to stay in Baku

Stay in some of the best accommodations Baku has to offer

Other accommodations in Baku

Pick from a wide variety of places to stay in Baku