Find the perfect place to stay in Shanghai

Find a great area to stay in Shanghai

Including tips for the best time to visit Shanghai

While Shanghai’s skyline may portray a futuristic outlook, the Chinese city remains one of the oldest in the world. Situated on the famous Yangtze River, Shanghai is home to dynasty-era temples, waterways and a proud heritage that combines both Asian and Western cultures.

Dating back over 6,000 years, Shanghai has grown to become one of the world’s most populous and important financial cities. As a vital trading point between Europe and the Far East during the Song dynasty, the city experienced a golden age that continued throughout the 19th-century, through the Japanese occupation of WWll and into the present day, where the influences of such events can still be felt.

The futurist architecture of the Jin Mao and Oriental Pearl Tower offer breathtaking views of the city and nearby historical districts, while Shanghai’s heritage can be found at the Jade Buddha Temple. Take a boat tour along the Yangtze River to the Zhujiajiao Watertown to find traditional cuisine and markets or humour the children with a once in a lifetime trip to Shanghai Disneyland.

The diverse blend of eastern and western culture is present across Shanghai’s food scene, with many restaurants serving European staples. Head to popular chain restaurants like Din Tai Fung for hot soup dumplings and steamed crab or the Wujiang and Zaphu Road for market stalls selling Peking duck, rice bowls and pork.

Points of interest in Shanghai

Stay near the top sightseeing spots in Shanghai

Inspiration and insider tips for things to do in Shanghai 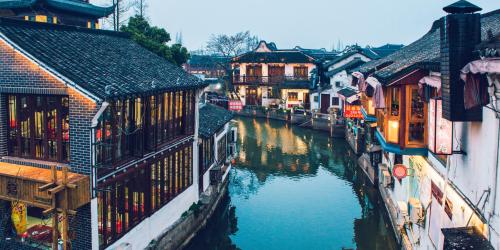 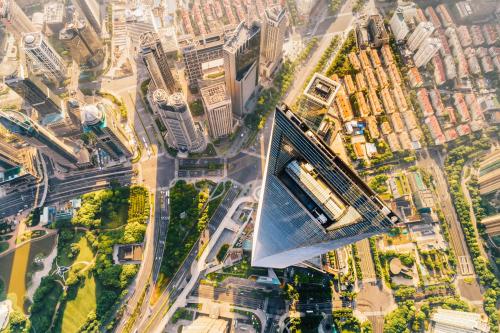 What other travelers say about Shanghai

It is impossible not to love this city. It has everything from architecture and culture to various restaurants and bars and there are also many places near to visit. It combines the classic with the modern, but best advice is to avoid chinese festivity days because everything becomes overcrowded!

It is a vibrant city with a lot of shopping places as well as eating places. I was hoping that the city would have bilingual services especially at subway station. There are places that had difficulty to navigate due to language barriers.

A wonderful city. Greatly improved in the past two years (was great even then). Loved the Bund and the promenade on the other side, loved Xintiandi and the French concession. Loved the street food. Loved the fact that you can easily bike all day for few Yuan. Simply loved the city.

A fabulous city that I enjoy visiting often. We ate at M on the Bund - not cheap but great location and delicious food. Yershari in the Super Brand shopping centre in Pudong is also very good to eat at.

I live in Shanghai. I've lived here for two years already. During our time here, my husband and I have discovered a few things to see and do here. For example, The Natural History Museum, the amazing light shown on The Bund at night time, the great shopping areas of East Nanjing and West Nanjing street, some beautiful 5-star hotels, local cuisine, exciting bars for ex-pats and some very big shopping Malls. All of these things are great places to see and experience if you are a couple without children or have older kids or just single. It is not an ideal place for a young family to visit as it's a big city with not very much to do for young children.

The city is beautiful and modern - toilets are western and clean. It was very easy to get around on the subway but difficult or almost impossible for foreigners to enter museums, art galleries and tourist sites without a QR health code which foreigners cannot actually get. I carried my negative results of my covid19 test around so I could enter buildings. It was however a slow and tedious process.

Popular places to stay in Shanghai

Stay in some of the best accommodations Shanghai has to offer

Other accommodations in Shanghai

Pick from a wide variety of places to stay in Shanghai