Find the perfect place to stay in Tbilisi

Top things to do in Tbilisi

Attractions, tours, and activities in Tbilisi

Find a great area to stay in Tbilisi

Including tips for the best time to visit Tbilisi

Situated to the south of the Caucasus Mountains, Tbilisi is home to cathedrals and monuments that offer a glimpse into Georgia's medieval past. Visitors flock to the city year on year for its multi-ethnic food culture, botanical gardens and vibrant riverside nightlife.

Founded in the fifth century by Vakhtang l of Iberia, Tbilisi emerged as one of the Silk Road’s most important trading points and was coveted by Mongol and Iranian empires for centuries. It wasn’t until the fall of the Soviet Union in 1991 that Georgia became a fully independent state. Since then, the Georgian capital has transformed into a cultural and religious melting pot populated by approximately 1.5 million people.

Tbilisi’s architecture showcases both modern and historical styles, with neoclassical, art nouveau and Stalinist structures on display across the city. Head to the City Assembly and State Opera House or visit the Soviet-style Biltmore Hotel – the former location of the Marx-Engels-Lenin Institute – to appreciate the buildings for yourself. Alternatively, a pleasant stroll across the Peace Bridge will provide an example of contemporary Georgian modernism.

Points of interest in Tbilisi

Stay near the top sightseeing spots in Tbilisi

Inspiration and insider tips for things to do in Tbilisi 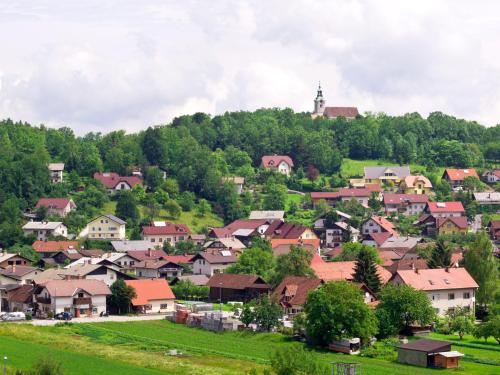 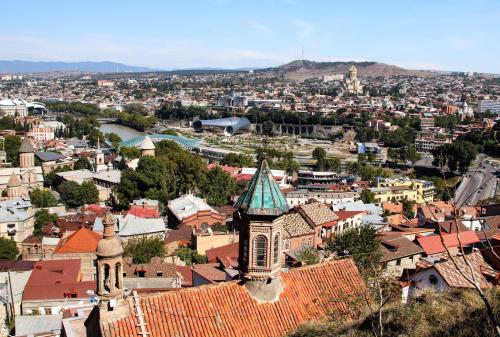 What other travelers say about Tbilisi

Beautiful City & friendly people, but probably you need to learn some Georgian language before visiting & forget about the serious face look you see from locals. Highly recommend & definitely will visit again.

city squares, museums and new buildings are amassing. Car parking is problematic in down-town. lot of restaurants with excelent food. we ate Sushi and at Grill-more..also street food is great. Markets are clean and cheap. it is not very easy to get around. better take a taxi or Bolt. Though quite good vehicle routs, but must get used to transport regulations. Waze and google map are sometimes confusing while driving. I'd happily get back to Georgia! Tbilisi is a new Paris!!

I was in Georgia, Tbilisi, on business, but I would definitely recommend this place for recreation and tourism. Very good food, wines, friendly people, many speak Russian, almost everyone knows English. many beautiful places, unusual architecture. I took pictures all the time. I recommend to everyone

We have stayed in B & B old Tbilisi. This is a hostel not a hotel and even I can say this is the worst place that I have been. I booked two room in this place one one of them for me and my husband and the other for my mum and dad. We stayed there a few days. The breakfast was not delicious and we were not feeling well after that. However, we gave them tip. We bought fruit and food and sometimes shared with the staff and we bought flowers for the hotel as well. Also, there was a problem with the sink of bathrooms and the water accumulated in the bathroom. Also, the dogs were barking all the time and we couldn’t sleep. Anyway, we left our luggage there and went to Batumi . After I gave 5 rating the owner sent me several message to my Whatsup personal account and called. He was angry for the rating and was completely impolite. So, because of his anger and as I was scared of this dangerous man I gave 8 rating for my parents staying. Again he sent me messages and was impolite and angry. My husband was really angry and after we came back to Batumi my husband went to this hell to get back the luggage but the owner and staff pushed him and through away the luggages. Our luggage are damaged and everything that I had in the luggage is damaged. I want to follow this issue and complain as soon as Possible. This place is a hell. I have been in other hotels in Tbilisi with the lower prices and best services. I ask the booing site and others to remove this place because this is a dangerous place for customers.

An important regional country that has traces of Eastern Europe and blended it with its own geography, and the historical capital of this little country. It is a safe and peaceful city with helpful people.

Sight seeing on Shota Rustavelli, had a look in Art Museum, glass staircase looks spectacular. Georgian National Museum has treasury on 1st Floor see Treasure hoards that have been found in Georgia dating back to ancient Greece. Street has plenty of resturants and cafes. Also pubs and nightlife. Take a trip on funicular to Mtatsminda park and enjoy view of the city. Or sneak out the backgate and follow nature trail through foresst to Turtle lake ( take swimming trunks and have a swim to cool off). Then have lunch in one of restaurants. Taxi back to city should be 10 lari. Lots of other thngs to do, take sight seeing bus, take a day excursion, go for boat ride on the river.

Popular places to stay in Tbilisi

Stay in some of the best accommodations Tbilisi has to offer

Other accommodations in Tbilisi

Pick from a wide variety of places to stay in Tbilisi

Other attractions and activities in Tbilisi

More things to do and see in Tbilisi