Find the perfect place to stay in Athens

Top things to do in Athens

Attractions, tours and activities in Athens

Where to discover culture and the arts in Athens

Find a great area to stay in Athens

Including tips for the best time to visit Athens

Greece's ancient capital is an open-air museum of history and stunning sights dating back over 2,500 years. Once home to Plato's Academy and Aristotle's Lyceum, Athens is often referred to as the cradle of Western civilisation.

While the Acropolis towers above to serve as a reminder of Athens’ ancient origins, the modern-day city below offers a huge variety of contemporary comforts. You’ll find a wide range of trendy cocktail bars and nightclubs dotted throughout the centre, as well as the National Museum of Contemporary Art and the unique Technopolis complex.

Other points of interest include the beaches of Attica and the scenic National Garden just behind the Greek Parliament Building. This combination of age-old monuments, enticing cultural landmarks and natural scenery make the city a major hotspot for holidays.

Greeks also take an immense amount of pride in their cuisine, and once you've had a taste of their delicious dishes, it's easy to see why. Take a seat in a traditional taverna and order up some grilled souvlaki and anise-flavoured aperitif Ouzo. The centre is easily reached from the airport by metro, railway or express bus, but you'll also find plenty of taxis outside the terminal.

Points of interest in Athens

Stay near the top sightseeing spots in Athens

Inspiration and insider tips for what to do in Athens 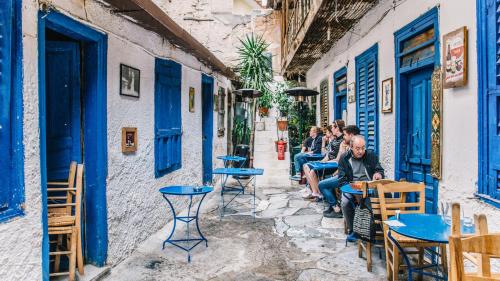 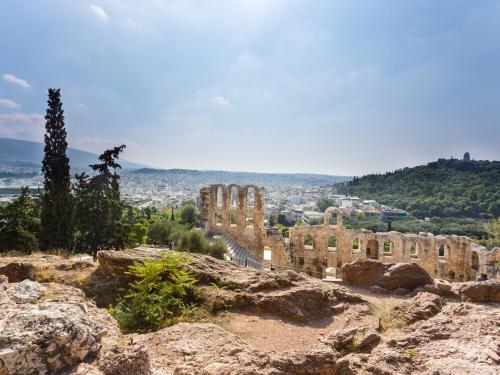 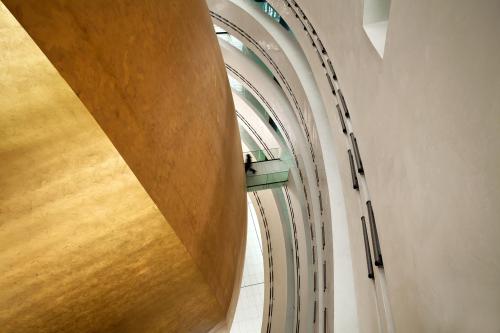 What other travellers say about Athens

We love Athens! The Acropolis is incredible of course, as is the Acropolis museum. The markets are great and we enjoyed the vintage/ retro clothes shops. The other museums and archaeological sites are fantastic and there's so much to see just wandering the streets and knowing how much history there is with every step.

We must admit that Athens central was very sad, run down, dirty and quite a disappointment. We were constantly being warned to be careful and were very aware of our safety, or lack of. Out of the city centre, it is a different story.

Ancient City and lots of ruins to explore. Walking through history is made easier with a quick, clean and efficient Metro ride. If you are visiting the Acropolis an early morning visit is recommended before the cruise ship tours show up.

Such a great city! We chose a hotel right by the Plakka (the main tourist area) with views of the Acropolis. The red open hop-on hop-off bus stop was just down the street. We booked our tickets for the Acropolis and the museums online before we arrived so that we didn't have to wait in a queue. Would definitely recommend the red open hop-on hop-off bus for seeing the essential historic sights and getting to know the city. Would recommend the Acropolis (obviously) but go as early as you can and also the Acropolis Museum, the National Archaeological Museum, Monastiraki Square, the Ancient and Roman Agoras to start with. There is so much to see in this vibrant and exciting city.

M Greece, in general, is a beautiful country and its people are kind and respect the guests, and are ready to help them. The archeological sights of ancient Greek civilization are amazing and well worth a visit... Restaurants, cafes, and bars are everywhere and the traditional Greek food is delicious and varied. Prices are generally moderate, there is no cheating or hidden additional costs. Transportation is available, whether by taxi, metro, or bus. The visitor can choose the hotel, restaurant, and transportation according to his budget ... The majority of tourists, whether in Athens or on the island of Santorini, are young people and of all nationalities, whether from Europe, North America or the Middle East ... In general, Greece is a country worth visiting.

Sometimes taxi fares were inconsistent. Athens has a lot to see. Although this time of year it was very hot, carry water, hat and sunscreen and you should be ok. There are great restaurants in the city. Views are wonderful. Overall, it's a great city to explore.

Popular places to stay in Athens

Stay in some of the best accommodation Athens has to offer

Other accommodation in Athens

Choose from a wide variety of places to stay in Athens

Other attractions and activities in Athens

More things to see and do in Athens