Find the perfect place to stay in Florence

Top things to do in Florence

Attractions, tours and activities in Florence

Where to discover culture and the arts in Florence

Find a great area to stay in Florence

Including tips for the best time to visit Florence

Famed by being the birthplace of the Renaissance, Florence is also the capital of Italy's Tuscany region and considered a powerhouse of culture, architecture and the arts.

The entire city is a UNESCO World Heritage Site, so you never have to look far for things to do. The Uffizi Gallery is home to masterpieces like The Birth of Venus and Primavera by Sandro Boticelli, as well as Titian's Venus of Urbino, while the Accademi Gallery is home to Michelangelo's David and the unfinished 'Slaves'. If you're treating yourself to an extended stay in Florence, other notable museums worth visiting include the Bargello, the Gucci Garden and the former palace of the famous Medici family.

In the old town's centre, you'll find the city's wonderful cathedral of Santa Maria del Fiore (also known as Duomo di Firenze) and Giotto's Tower, providing a 360-degree view of Florence. You should also stop off at Mercato Central while you're out and about to sample some Florentine cuisine. It's the city's oldest and largest food market, packed with fresh produce, as well as a bookshop and cookery school. You can sample anything from tripe panini and pasta to gelato and Florentine steak.

Florence's Amerigo Vespucci airport is located close to the city centre, with a taxi or bus ride taking around 15 minutes.

Points of interest in Florence

Stay near the top sightseeing spots in Florence

Inspiration and insider tips for what to do in Florence 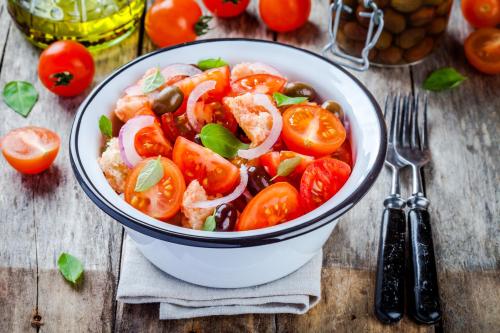 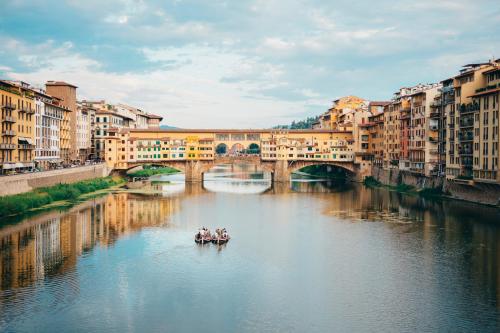 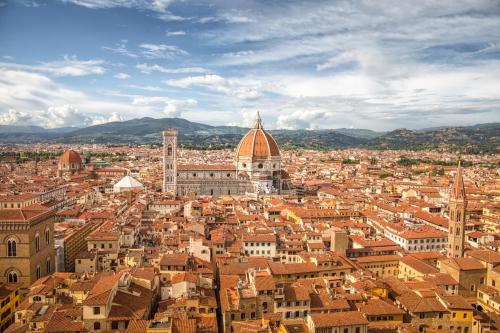 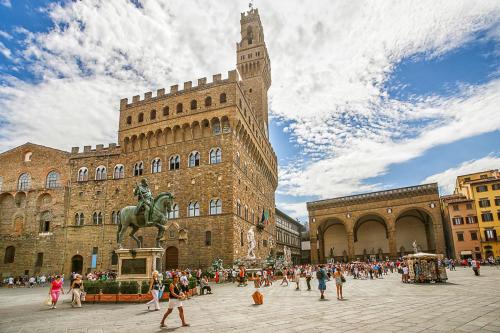 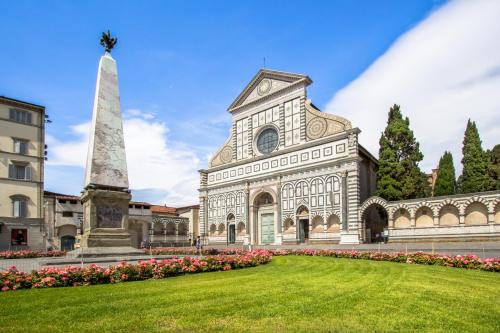 What other travellers say about Florence

We were spending two days for a Colloquium for an international group with visits to the Bargello Museum and the Palazzo Stefano Baldini. I selected this property due to the location for walking to the museum. I consider it good value - the layout of the apartment is practical and neat. I own www.fontemagia.com in Umbria and have been working with Booking.com for several years. Angelika Weller

I absolutely loved Florence! The food, the people, and the narrow little streets were amazing. But my absolute favorite part was getting to see Renaissance masterpieces such as La Primavera and David.

The most beautiful and interesting city in Italy if not the whole of Europe…. If you’ve been, you’ll know, if not, you MUST visit Everywhere you go there are beautiful things to see and really interesting (both historic and also modern such as Banksy exhibit) things to do. Spend at least 3 days here, you won’t be disappointed

Florence needs do nothing but simply exist: of all cultural and tourist destinations it is the tops in my humble opinion. I have been here countless times over the years and never cease to be fascinated - like millions of others - by the ease with which one is drawn into the stories of the rulers of the past, the lives of the artists whose works grace the Uffizi, the palaces, the landscape and all the surrounding countryside. Every piazza, church, cafe and restaurant is a reminder of the majestic capacity of the human spirit for invention, intrigue, power and compromise. Flabbergasted every time.

FLORENCE IS BEAUTIFUL AND EASY TO WALK AROUND.WE ENJOYED QUITE A FEW NICE RESTAURANTS, DID NOT CARE FOR THE BREAD THE TASTE WAS NOT WHAT WE WERE USED TO, BUT WITH A LITTLE OLIVE OIL, BALSAMIC VINEGAR AND SALT IT WAS FINE ALSO IT WAS GREAT TO SOAK UP ANY EXTRA SAUCE.

Wear sensible shoes! Take the tram from the airport for 1.30 Euros. Go up to Piazza Michelangelo rather than climb up the Duomo. The Piazza is free and higher, and it’s a nice walk. Good place to eat is Trattoria da Guido in Via Faenza. Good value and nice food and service, and they are open all day. Conrad is a good supermarket. Palazzo Medici is disappointing for the entrance fee. The San Lorenzo Church is much better. There’s not much to see in the big Cathedral. You’ll probably spend more time queuing to get in than actually in there. It’s free so don’t buy a ticket.

Popular places to stay in Florence

Stay in some of the best accommodation Florence has to offer

Other accommodation in Florence

Choose from a wide variety of places to stay in Florence

Other attractions and activities in Florence

More things to see and do in Florence