Find the perfect place to stay in Rome

Top things to do in Rome

Attractions, tours and activities in Rome

Where to discover culture and the arts in Rome

Find a great area to stay in Rome

Including tips for the best time to visit Rome

Italy's ancient capital is an architectural wonderland, with its many ruins depicting the stories of its vast empire which once spanned three continents. This open-air museum includes must-see monuments like the Roman Forum, Palatine Hill and the Colosseum. This former gladiator arena is the city's centrepiece, and conjures up dramatic images of the games once held here through its huge underground complex and multi-tiered seating. It's also worth a visit to the impeccably preserved Pantheon, which further portrays the Eternal City's golden age.

With over 900 churches and many breathtaking basilicas among them, Rome is also home to the city-state of the Vatican, the seat of the Catholic Church. St. Peter's Basilica is undoubtedly the tourism hotspot, but many treasures such as Michelangelo's Sistine Chapel and countless other masterpieces can be found inside the Vatican's captivating museums.

As with any city in Italy, the local cuisine varies from region to region. In Rome, the trademark dishes are 'cacio e pepe' – a simple but delicious pecorino cheese and pepper pasta recipe – and 'spaghetti carbonara'.

Other points of interest include the iconic Trevi Fountain, the Borghese Gallery, and the popular squares of Piazza Navona and Piazza di Spagna. When the weather is at its best between April and June, take a stroll through Villa Borghese park or hire a bike.

Points of interest in Rome

Stay near the top sightseeing spots in Rome

Inspiration and insider tips for what to do in Rome 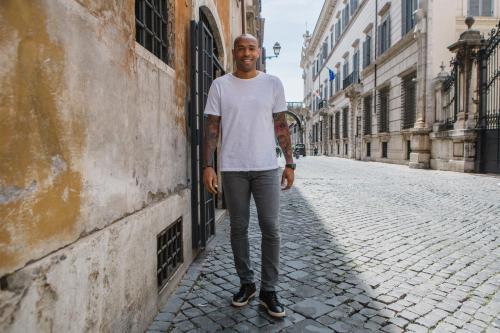 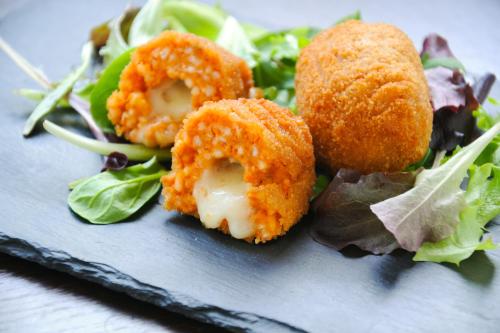 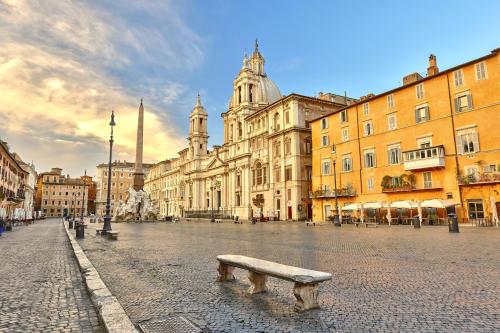 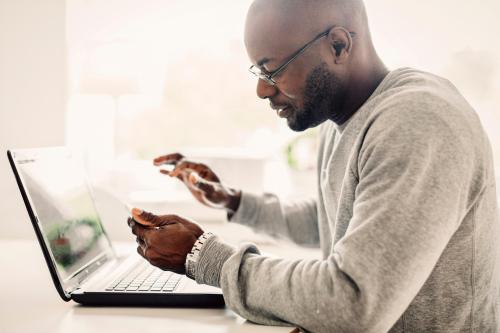 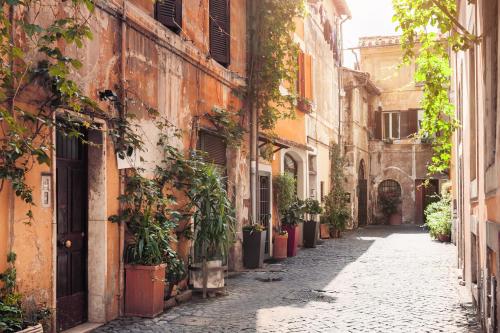 What other travellers say about Rome

Rome is overwhelming in every sense of the word. We were only able to spend 4 days and had to leave out so many of the city's highlights but arranged a few tours to the main attractions. Every twist of your head was met with yet another incredible view, historic landmark and turn of a page in the history book. Its predictably overrun with tourists and tour groups, particularly July and August but with careful planning you'll be able to beat the crowds with early morning tours and be blown away by this amazing city. If you visit Piazza Navona please AVOID Caffe Domiziano whose waiters were the rudest people we ever had the misfortune to experience!! Dreadful and abusive. Take a few steps to the little piazza in front of the Pantheon and take a much more pleasant and friendly drink in one of its many historic and picturesque cafes. For a great choice of tours, we recommend using Viator or Get Your Guide both offering excellent choices and easy to use. But where those tours provide headsets and headphones, I advise you to take your own headphones (single micro pin socket) in order to ensure you get the maximum audio quality!! It has to be noted that Rome suffers with a lot of litter and the very sad signs of poverty, begging and homelessness. However, nowhere we went on foot made us feel unsafe or threatened - unlike in many other big cities. It's a marked difference to Florence though where an incredible effort is provided to keep the streets and public spaces clean and free of litter. We left many things for our next visit as its just too much to take in physically and mentally in such a short space of time but its an exhilarating city absolutely saturated in layers of history and culture.

I loved that round every corner there was something unexpected ( a beautiful building, a lovely place to eat or ancient and new buildings side by side). Most areas are within walking distance of each other. Bring some good trainers or footwear! I didn’t like that in a lot of places there was little seating( this would be tricky for elderly people who may just need 5 minutes rest before moving on ) I think Rome needs more litter bins too. Each sight I went to see did not disappoint. I would suggest always booking tickets for main attractions in advance and visiting early in the day if going in Summer- it gets hot for queuing. There are lovely places to eat- so many round every corner.

The eternal city,is a place which always surprises with its beauty.In my opinion the best sightseing city in the world.The Colloseum is a wonder which cannot be explained.Although a home of an ancient empire,the modern inhabitants have done something stupid which can make a travellers day a rainy one.I was watching with my own eyes the amazing Colloseum,whilst trying to buy tickets for it from a cheap italian website multiple times.The developers of the website must be idiots,because it didnt accept three diffirent cards.Five years ago i bought a ticket from the ticket office and enjoyed the Colloseum inside,which was not possible this time.The great italian minds,thought it would be a very good idea to put fences on every tourist site and ask admission,which is ok if there was a possibility to buy a ticket on site,not only online,from the already mentioned idiot website.After asking for assistance from the call center of the website,a rude italian with bad english told me to buy a laptop and try to buy a ticket.Although,modern romans have done everything in their power to make every sightseing tour a nightmare,Rome is a beautiful city and i reccomened everybody to see it.

Pretty city, with loads of things to visit, and beautiful sights, all accessible by foot/metro. Prices are advantagous for european young adults (18-25 years old), as they offer reduced tickets. The streets, however, are full of rubbish. I was shocked by how dirty the city was. In terms of food, a lot of the restaurants are really touristic, and do not rise to the expectations, but if you search well, you can find hidden gems for reasonable prices (8-15 euro pasta/pizza)

If you love history, culture, museums and Italian food, Rome is a fabulous city to visit, whether for 3-4 days or longer. I h :-)d done a lot of research about eateries and gelaterias before visiting, but Google Maps also came up with some superb spur of the moment suggestions :-)

Loads to see in Rome the weather in summer is very warm and be prepared for a lot of walking you would get it done in 3 nights/ 4 days is plenty of time to do it all. So easy to get around Rome from scooters, metros, trains, buses your feet. Very busy city so book in advance

Popular places to stay in Rome

Stay in some of the best accommodation Rome has to offer

Other accommodation in Rome

Choose from a wide variety of places to stay in Rome

Other attractions and activities in Rome

More things to see and do in Rome